Everything was better in the past, this is a sentence i have heard many times from old people. There might be something true about this but at the same time, it is as wrong as it could be. So how does this phrase work when it comes to Retro gaming?.

Revisiting your childhood memories can be a bit of bumpy ride, stuff that used to be awesome can be horrible now and some stuff is better left alone as a fond memory from your past.

This is my retrospective at The Last Ninja Trilogy for the Amiga.

Last Ninja 2 was and still is one of the best games of all time on the Commodore 64, the Amiga port/version, on the other hand, was one of the major let downs back in the day of C64 to Amiga ports.-.

Last Ninja 2 was the first game in the series released for the Amiga, all fans and then-some out there got really excited about it when it was announced. A 16-bit version of one of the best 8bit technical marvels of its time was a dream come true, how wrong this would be in the end was a true smack in the face.

The port was a lazy one, the graphics were bad as the developer had decided to not put any effort into any of the ports, the Amiga looked exactly like the Atari ST version.

The Music was of better quality but still far from as good as it could have been, that said, the music is excellent and is the best part of the game.

The gameplay, well it does look, feel and sound like a ” Last Ninja ” game but as soon as you start “playing” it, that is when you realize how bad this port is. Everything feels “off” and slow, how they managed to make the redraw so slow is beyond me, there was no need to emulate this part of the C64 version now was it?.

The controls simply do not work, i felt like if i was about to break the controller when i just moved around and this was back in the day when the game came out, i really don’t want to think how my 40-year-old hands would tolerate it today.

Together with all the above came a very unprecise fighting system and jumping system which made the game much more difficult than it should have been, and that comes from a really hard game in the first place.

The second Last Ninja game to be released on the Amiga was Ninja Remix.

Ninja Remix is actually Last Ninja 1 and was released a few months after Last Ninja 2 on the Amiga, it was supposed to fix all the bad press from the former Amiga release.

Ninja Remix had a new developer and a new engine and to top it all off the developer had the chance to fix stuff that they and System3 did not like from the original C64 title.

Ninja Remix came out as a better release from the start, it felt much more refined and even managed to make some parts of the game better than the original C64 version. Why they chose a new developer and a new engine for this release was pretty obvious and certainly not a bad move. This game turned out to be the best Ninja release on the Amiga.

So, everything looked good? no that was not the case really. The gameplay still felt archaic and though the C64 version was the same this port did little to fix this, if this was down to make it true to the original then it worked although i personally think they should have tweaked these things more.

The graphics and movement mechanics was a huge step up from LN2 on the Amiga so this time around it was actually playable without wanting to smash everything around you.

The music is up there where it should be and pays a lot of respect to the original c64 music.

Ninja Remix is certainly the best game in the series on the Amiga.

Last Ninja 3, this is a tough nut to write about.

The c64 version of this game was the first one with a new developer, the old team had left the series so a new team jumped in, a very risky move and one that could ruin the whole franchise. The C64 version ended up as one of the best-rated games of all time with an average score of 94% (?).

The Amiga version continued its trend by using a new engine and a new developer and yet again the release window was just a few months after the last game.

By the time this game was released most Amiga gamers out there had more or less written off this game, it was not as hyped as the others and it felt more like “let’s wait and see how it is before we get excited” approach.

A few hours after the release of the game BBS sites started glowing, not people pirating it (or maybe yes?) but the fans were hyping it up with comments like “IT IS AMAZING!”, “IT HAS NEW LEVELS”, “THEY FIXED EVERYTHING” and so on.

There were quite a few things about LN3 that intrigued me, it was not identical to the C64 version, it had a new level that was not in the C64 version and it had more bosses and such in it.

The Amiga version turned out to be another broken game sadly, the control system was far from good even though they tried to make it better than the old games.

The new level was cool at first but it ended up being far too difficult/frustrating for its own good.

LN3 bored me back then and i bet it would do so today also.

I really wanted to like the game and yes it is a good game but it felt like yet another missed opportunity, yes it was true to the franchise but why not change more stuff and redesign it when they had the chance to it?.

I also have to add that i never really enjoyed the C64 version either, i did complete the cartridge version and it felt very rewarding to do so but i never did complete the Amiga version, why? i can’t remember really but i am pretty sure it was down to the boredom and frustration level. 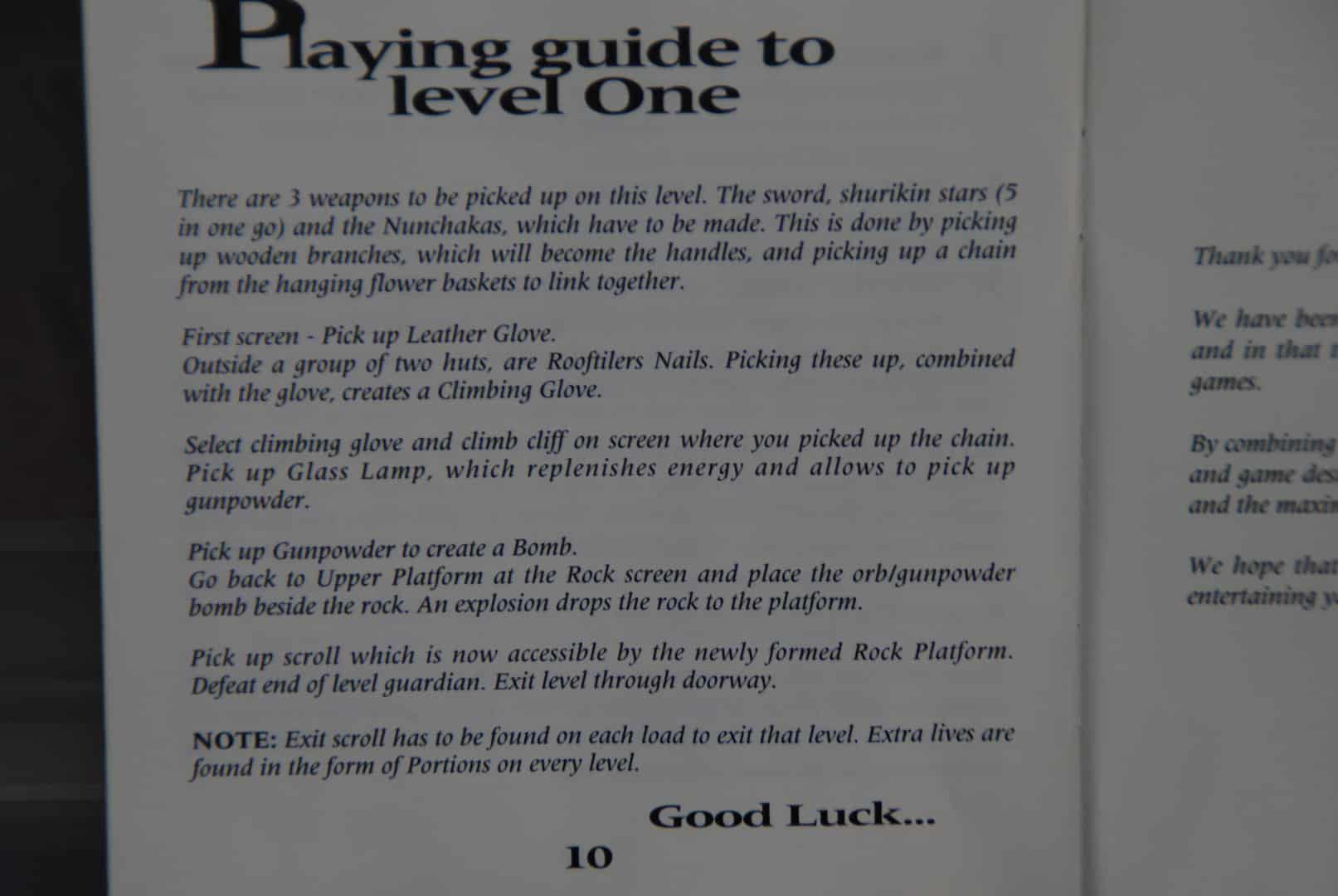 The Cd32 version of LN3 came with a walkthrough for level 1 in the game,a nice touch since the console was more aimed at the casual market than the Amiga computers per.se.  Was it needed though?.

The puzzles in LN2 and 3 was better than in the first game, you had to play it a bit to figure it out.

The CD32 version came 3 years after the floppy version and for the new chipset (AGA) but it didn’t take any advantage of it, just like all System3 games on the CD32. A few MB on the whole CD was used and the only thing that was changed was the cover art.

A missed opportunity yet again!.

It is amazing really, 3 of the best games ever created ported into an average series in another format, and no i am not being overly harsh here.

The games are ok enough but compared to the masterpieces that the C64 versions are then one have to wonder what the hell went wrong, 3 different teams, 3 engines and a whole new format, and it turned out like this?.  Amazing.

Try them for yourself, enjoy the amazing music and try to look past its faults as the games are good and certainly a fun trip down memory lane.

Thanks to Hall Of Light and wiki for screenshots, Box shots are from my own collection as always.