ENEMY 2 was released as an AMIGA “Downloadable only” title back in 2013, now 3 years later a big box floppy version is available. I do remember something about a possible boxed version being considered back then, but to be honest i had totally forgotten about that until today.

The developer contacted me by email yesterday with the announcement of a boxed version being available and that i was eligible for several copies of the game for free due to my support some years back. 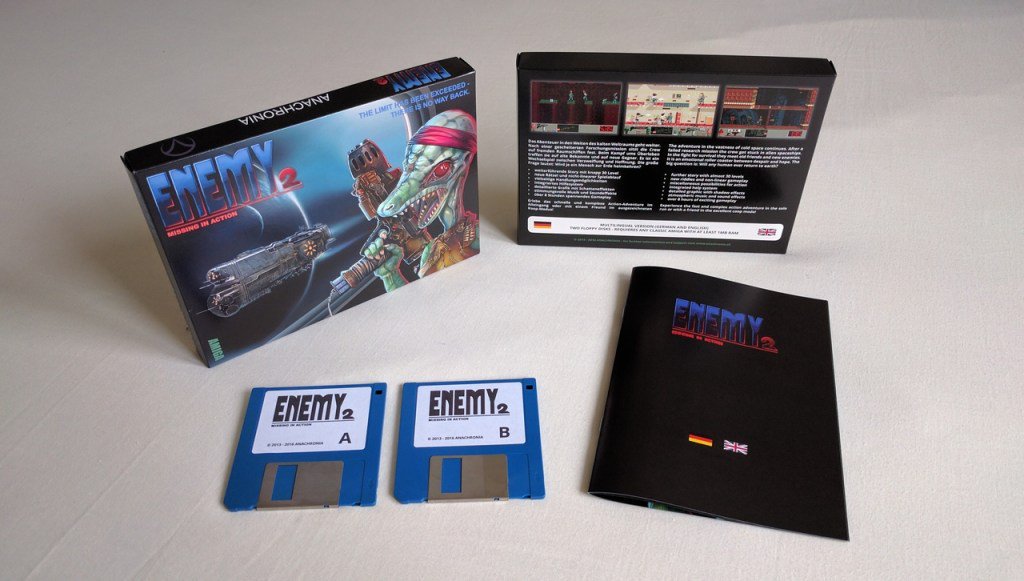 This is what you get in the 2016 boxed version of the game, the picture above is taken from a random website (twitter actually?) for now because i haven’t got the game itself yet.

I was a huge fan of the first game and i did play the sequel quite a bit back in 2013 but for some reason, i never blogged about it, oddly enough i do feel that i did tho…. (spooky music).

Some random screenshots of the game.

Support the Amiga, support the developers with buying the little software we get for our beloved platform. The game costs 15 Euros + postage and packing and ship worldwide.

Where to order the game you say?  ENEMY 2 COLLECTORS EDITION

You can expect a review of the game and box as soon as i get the boxed version in my possession.

Feedback pointed out that i missed specs in the post and only in the tag, sorry about this, the game run on any Amiga with at least 1MB ram.