Hungry Giraffe is one of those IOS/Android type of games that comes as a free game there but in reality its microtransactions mania, This VITA non microtransaction enhanced version comes with quite a few extras and changes and while there already was a MINIS version available of the IOS/Android version for the VITA/PSP/PS3 they still pumped out this one and that is a great thing as you get stuff like Leaderboards, trophies and touchscreen/gyro features. 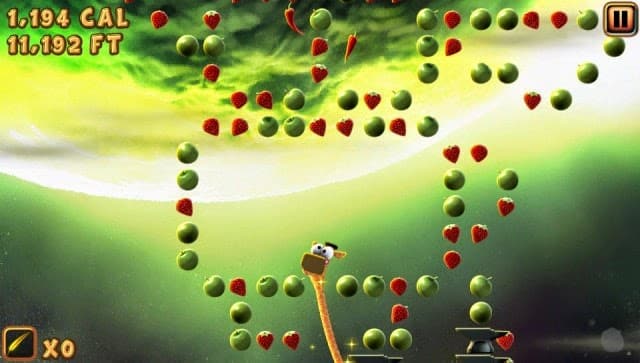 Hungry Giraffe is one of those “one more time” games, addictive as hell and then some.

The concept is fairly straight forward, you are a Giraffe that stretches/extend his neck by eating food and if you stop eating food then it won’t stretch anymore and it will fall down and then it’s game over time…

Various food gives various stretching speed and the more you eat the faster it will go if you do it like in a combo move and of course there will be less and less food the higher you go and eventually you won’t find any so you will die unless you find power-ups like a red Chilli or a yellow helmet thing that both boost you at great speed and is quite a nice lifesaver.

There’s also traps like drug (LSD?) tablets which will try to throw you out of focus and some of them involve paint (like in this screenshot) or other things like double vision, upside down view and so on. 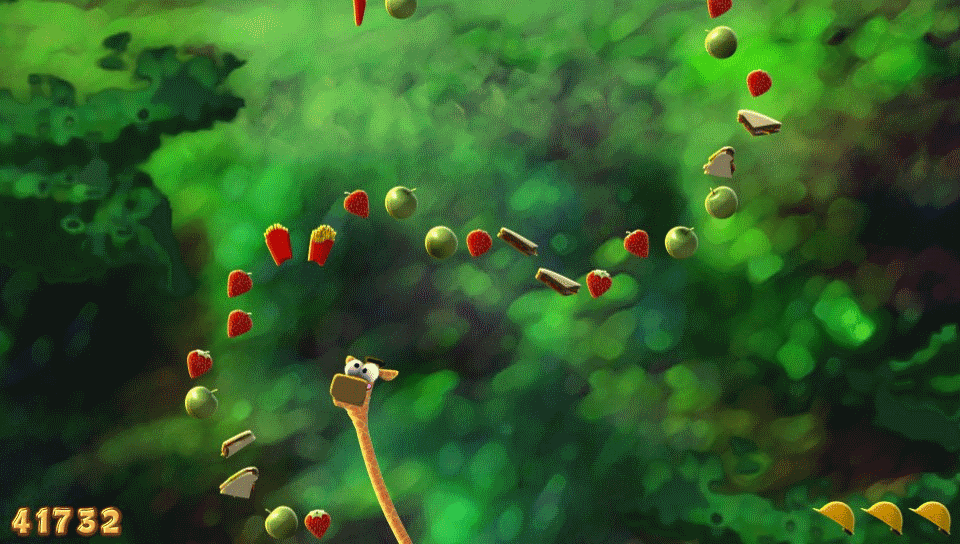 Eat and you will fly but there’s stuff that will try and block you…. like this anvil, at later stages (height) the amount of them will go up (umm…) and make it harder for you to not hit them but a power-up like the helmet will give you a chance to fly through em which is a great power at times.

There’s a very annoying thing with these power-ups and that is that you can’t store them for as long as you want as they will disappear from your “inventory”, might be a glitch or maybe not, i will try and find out via the developers twitter.

So the game has leaderboards but sadly they seem to be broken! for now, i guess they will fix this shortly. 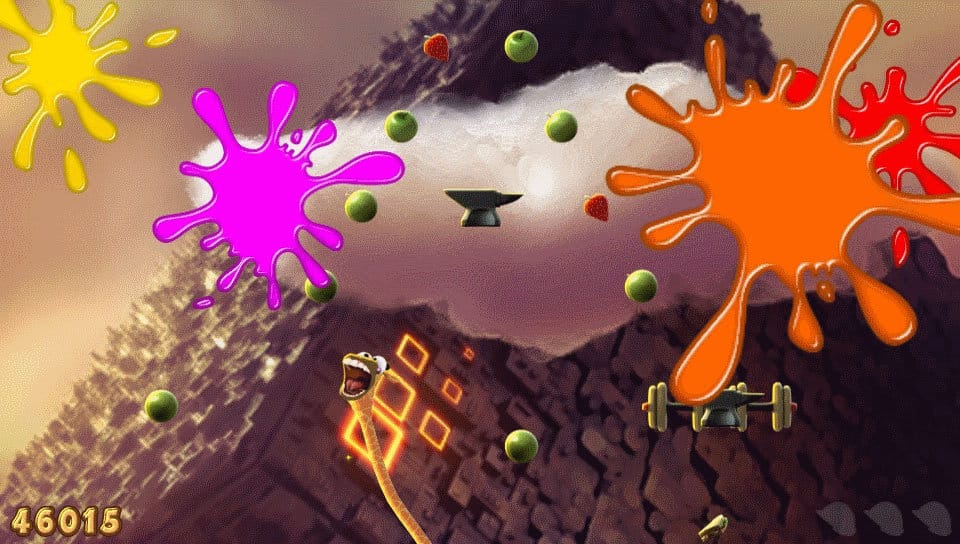 This is towards the end of stage 2 i think, the background is actually scrolling too so if it will eventually reach space i don’t know but i managed to get to stage 5 and

it’s actually above the clouds there…

Quite far into the game and the difficulty has gone up by a long stretch (..umm..) but still it screams… GO FURTHER!! YOU CAN DO IT!!!!! and as soon as you die you restart the game and try to beat your old score/height.