Switch Galaxy Ultra is yet another “mobile/phone*pad blah blah” type of title that’s been updated for the PlayStation 4 & Vita, i have no idea how such a twitchy racer like this one could work with touch controls but by the looks of things it must have done pretty good for it to get a second (and better) release. 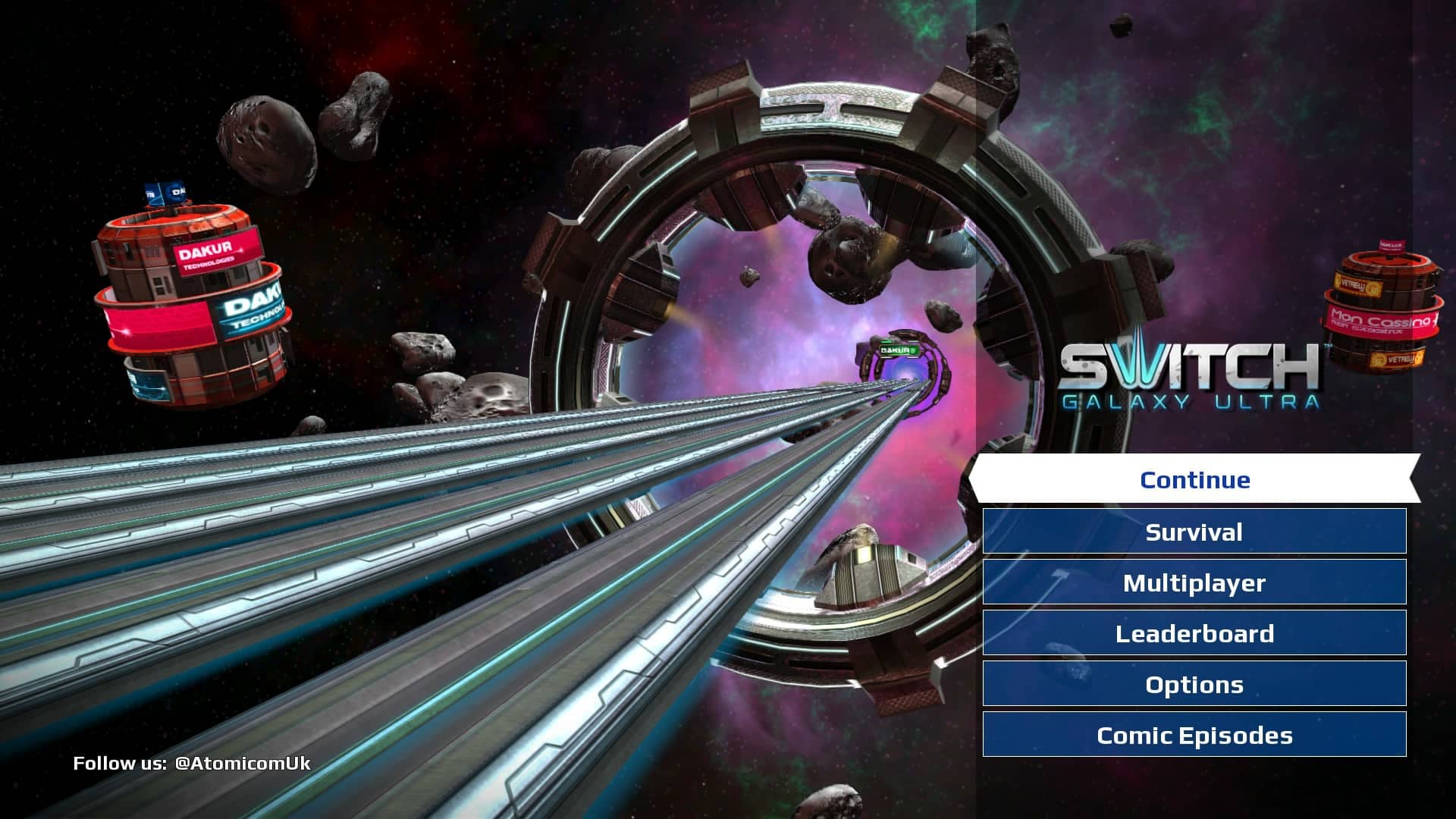 It doesn’t take many seconds before one realizes how good looking and fast this game really is, animated menus etc helps a lot and of course, 60 fps and slick presentation certainly ain’t offputting.
At first glaze, the game seems simply amazing but after a few minutes, you will eventually see it’s flaws and incoherent menu’s etc.
One of the first things i noticed was the menu screens and how much it felt out of place in the game, might have been a restriction or perhaps it was something they had to get done in a hurry, who knows. 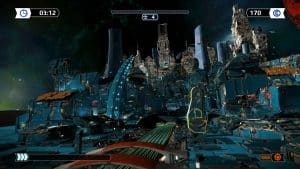 After a few seconds of loading the game starts and within seconds you go like.. wooohoooo!, it’s WipEout! , seriously it looks like it too but it is actually quite far from it too.
i went online to check and i got it confirmed there, the graphics /*design is created by one of the guys behind WipEout, great touch!.

Gameplay wise this is not much like WipEout, it’s more of a line racer mixed with WipEout and the 80’s classic Trailblazer series. You control your ship via line shifting, jumping, dodging and other twitchy stuff. 60 FPS, silky smooth and full of colorful style. 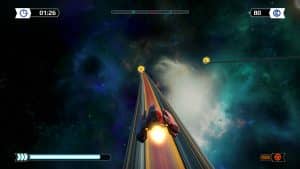 There are all sorts of upgrades in the game and one of them is ship skins whereas one of them naturally has a WipEout skin. I have not got the chance to try the skin yet but i will eventually for sure.
Dodging is a huge part of the game, 4 types of colored barricades, high precision is required and extremely hard at times, luckily there’s a shop between levels that sell you barrier passes so that you can ram a few instead of crashing in a matter of seconds.

The game keeps expanding itself with features as you play, lots of nice ideas in there too but sadly there’s a few really piss poor things that are baked around it all, 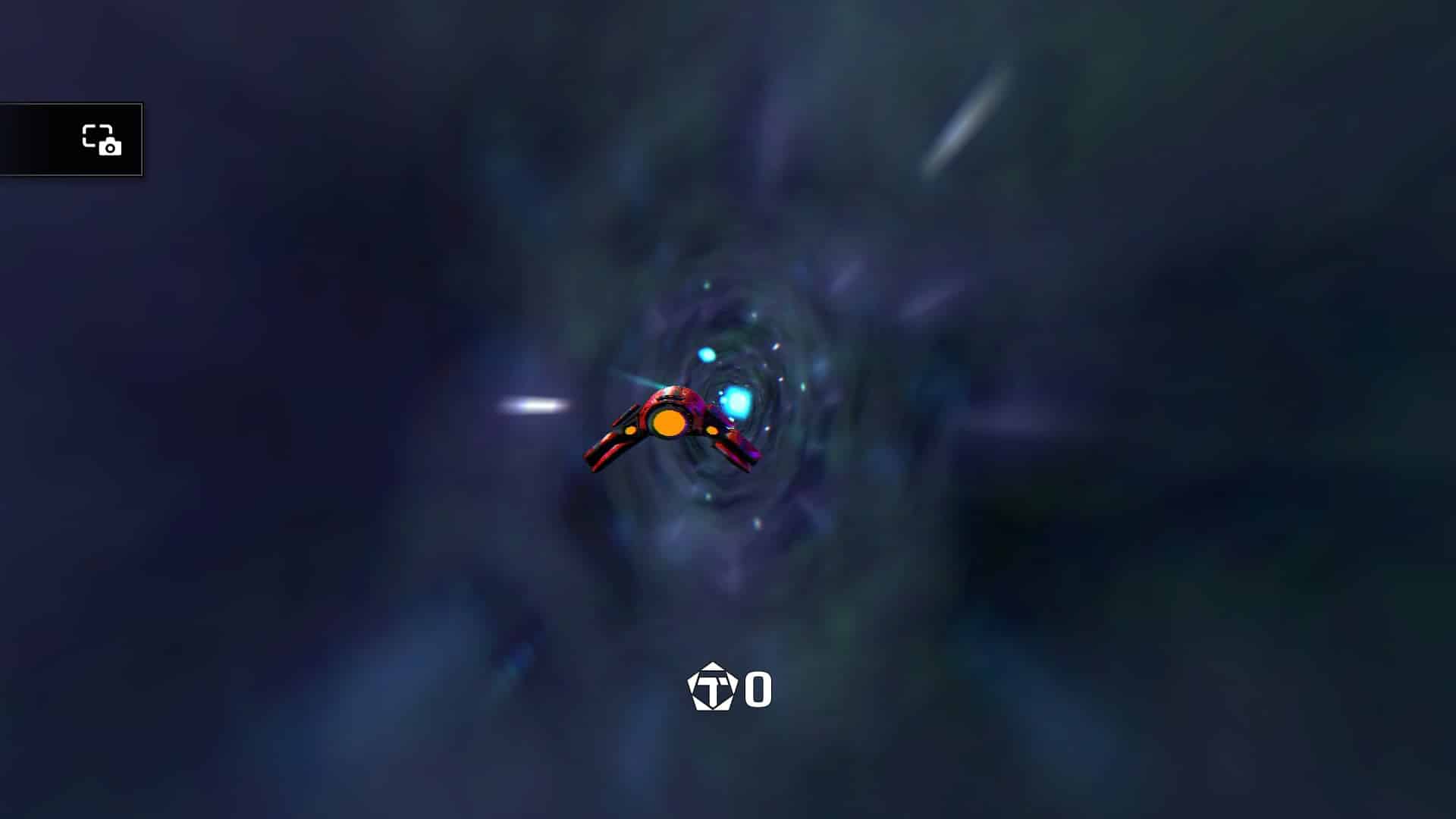 The cutscenes are presented as a comic, awful idea and horrible, just horrible voice acting. It must have struck a nerve on me as i nearly rage quitted when i heard the speech the first time let alone the million next.
Next issue is the music, futuristic racers like

this one needs proper music and not just some funk jazz techno or whatever hybrid they chose, not a single catchy track to be found and by now i have around 4 hours of gameplay in it, i am NOT impressed. 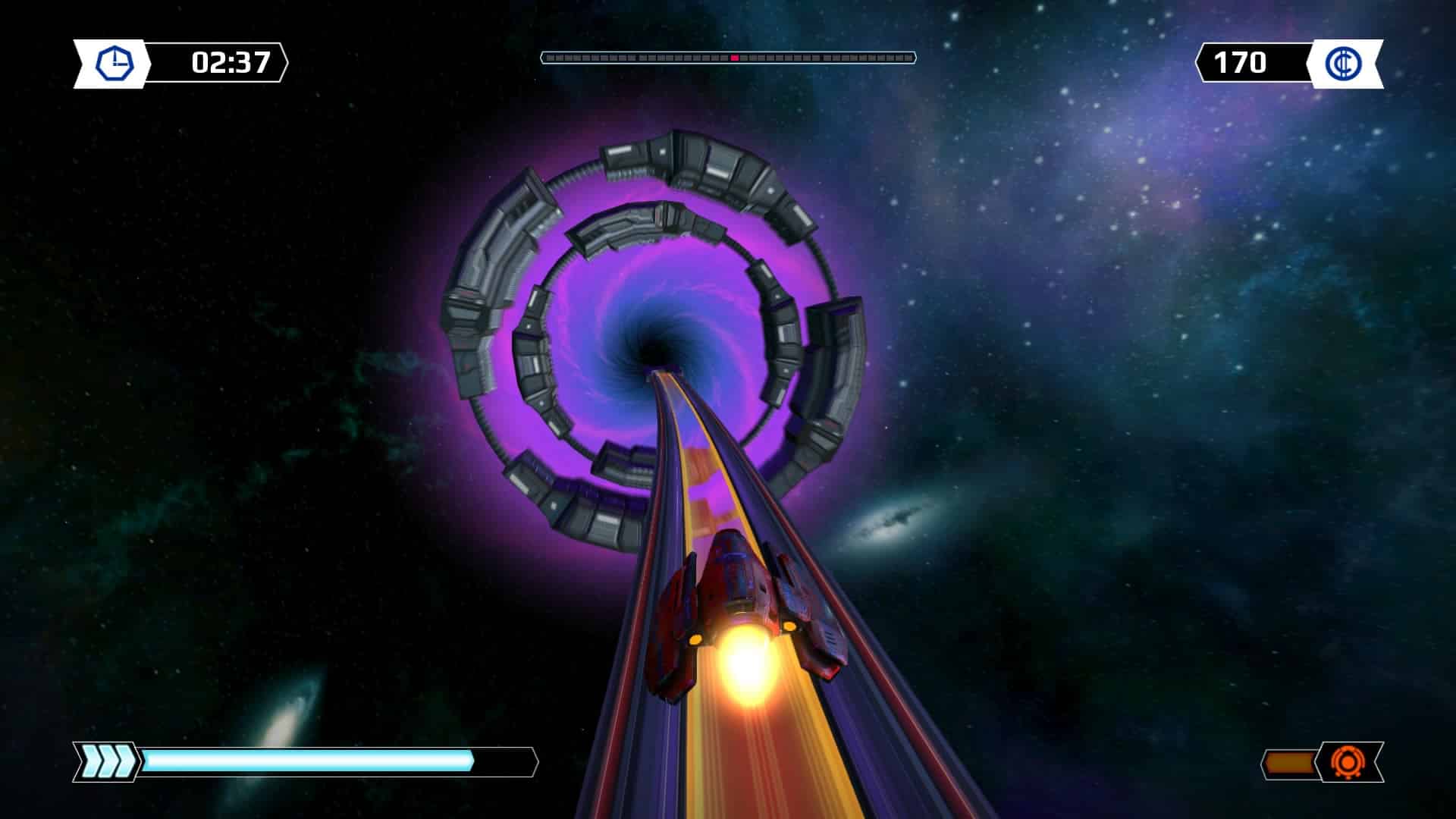 Yey!, a tunnel sequence! , every level has 1 and at first look, it felt cool, that is until i tried it, horrible controls as if they had stolen the controls from Microcosm (1994).

It is just a small video(?) that is going on repeat and you just move your ship around to pick up some white balls. HORRIBLE! , this could have been so awesome really!. 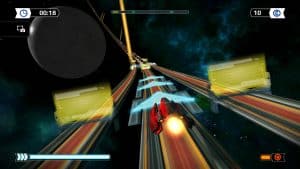 The white balls are very important for the gameplay as it’s them that works as level advances, there is 10 for each tunnel /planet and to progress in the game you need these. 1 ball to advance to level 2, 5 balls to open level 3 etc. standard fare.
Next amazing thing about these tunnels is that if you miss a ball or two and then retry the level then all 10 balls are in the tunnel again although only them you missed in the last run will count towards the total. gosh!. 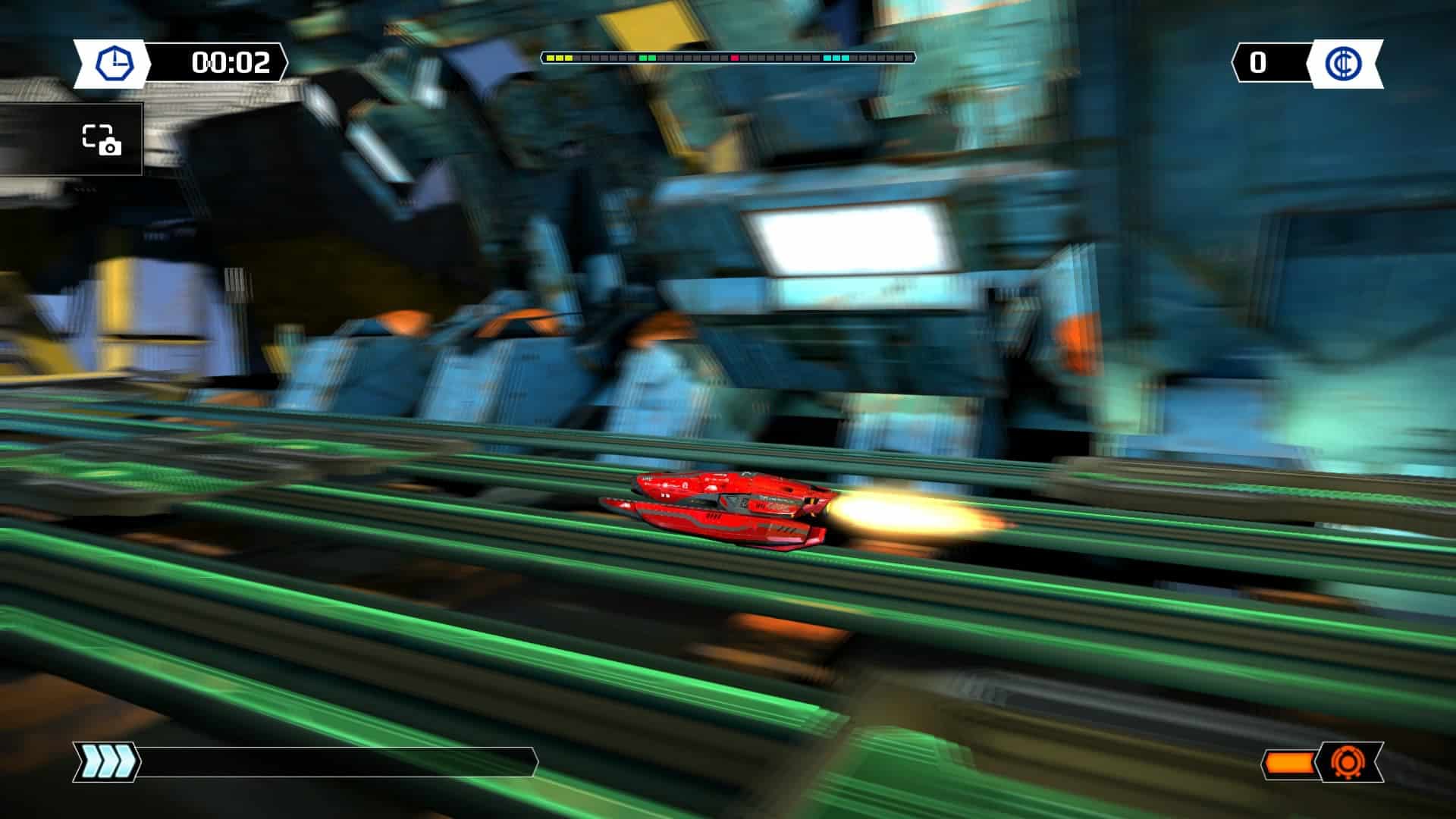 Huge map, awesome gfx, and style, 60 fps, retro feel, power-ups, upgrades, multiplayer, survival modes etc make this an incredible game really but it’s let down by piss poor music and voice acting and a totally unneeded story written in comic style.
This game is so blistering fast that your eyes will feel like they’re bleeding in the later levels so stick around till that point before you consider deleting the game or not.

Here’s a small video i made, should give an ok indication of the early levels of the game, it gets faster, much faster! and a helluva lot harder too so don’t think it’s gonna be an easy ride.

Follow Us... Inspire Us To Get Better... Keep The Flame Alive
Why I Like The Idea Of DLC… DDoS Attackers Ruined Christmas… – PSN DOWN AGAIN