Unity, Luckily i decided to wait a bit before buying the game and i can safely say that it was a good idea as there have been quite a few updates. The updates have consisted of major fixes for stuff that was game breaking as well as severe frame drops and graphical issues.
It is not that i have would have binned the game on day 1 but i am not so sure if the impact and wow factor would have been the same as the one i had a few days ago.

Since the last update Unity flows much better, at least that’s what friends and gamers out there say and i can relate to that as videos on the web and play share/twitch streams was indeed worse before in terms of performance anyway. 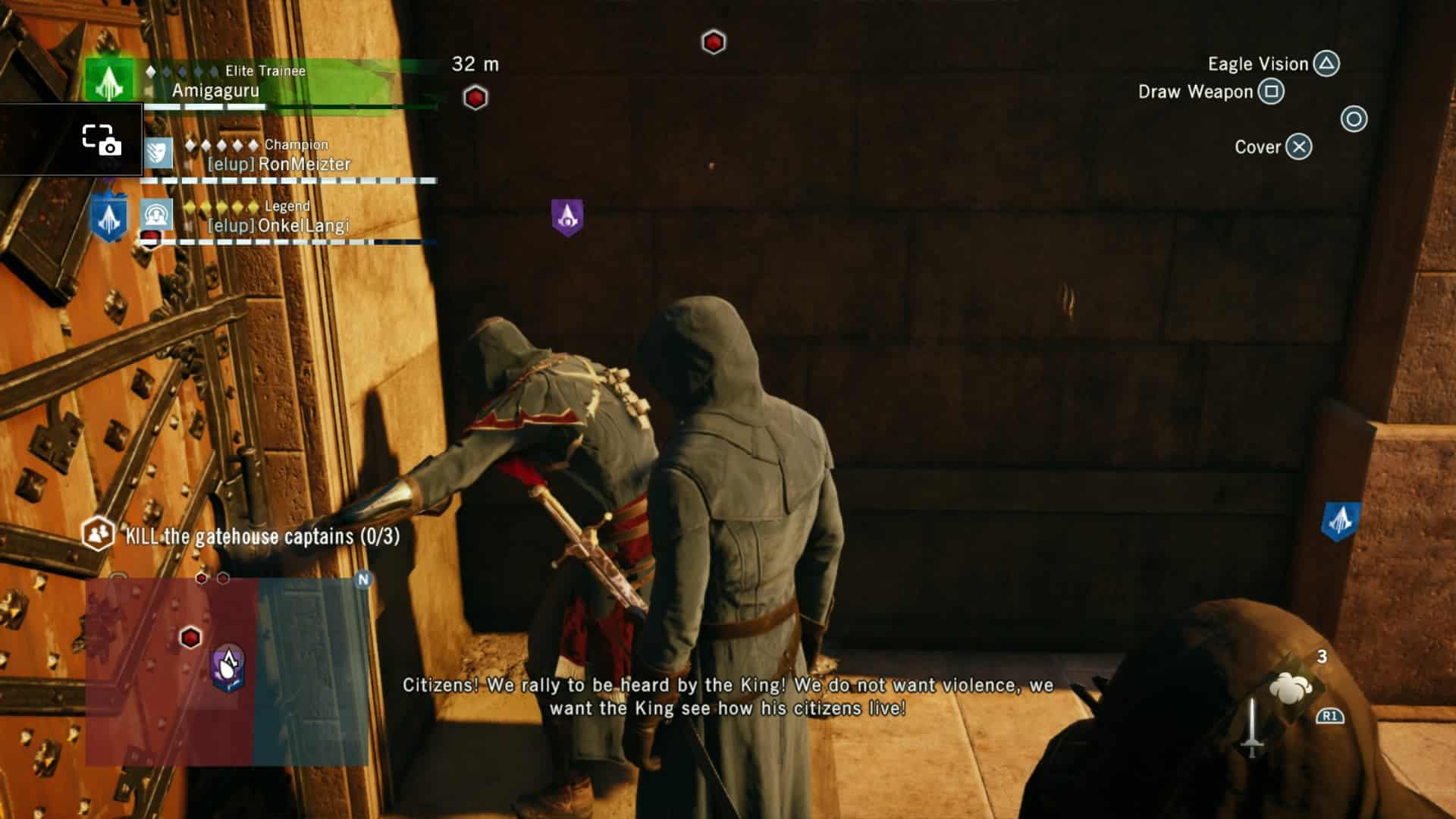 Graphics, sound and general aesthetics have been incredible since day 1, the attention to detail and the efforts gone into synchronizing effects and graphics are mindboggling actually!. (hear a guy play music and it will fit, hear a voice spoken then the lips will sync to it too). 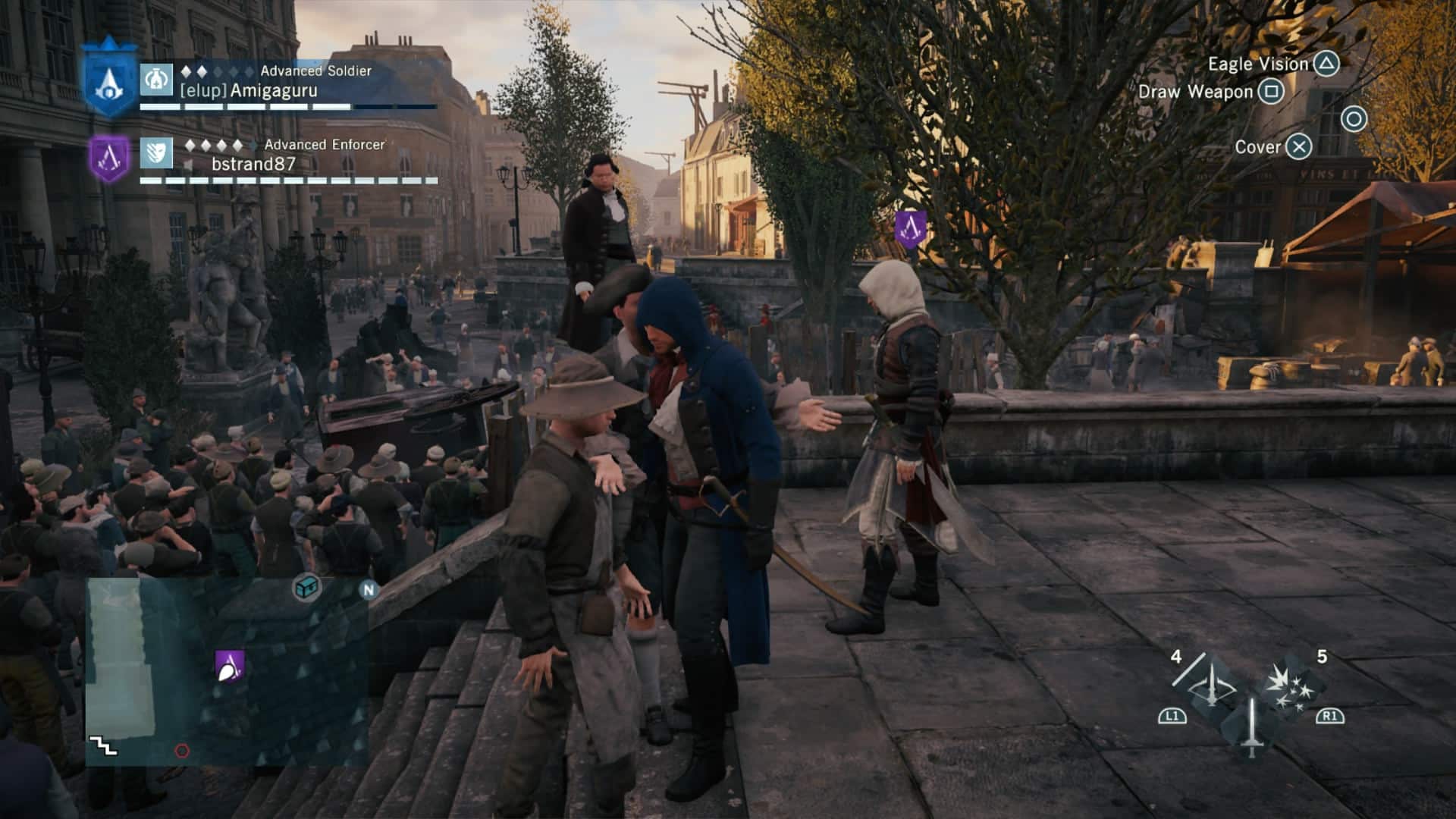 Yes i know, details like these ain’t a new feature in games but when there’s 100’s of people next to your hero(?) one would not expect this kind of details at all, this is features never seen before!.

One can argue about how much of a step up the game is from Black Flag, i still can’t find the time to play it so i really can’t comment on it. Colors, draw distances, effects and so on feels incredibly real sometimes and there are some small great touches like the colors (Red is actually RED) and so on.

Seriously, the graphics style is impec 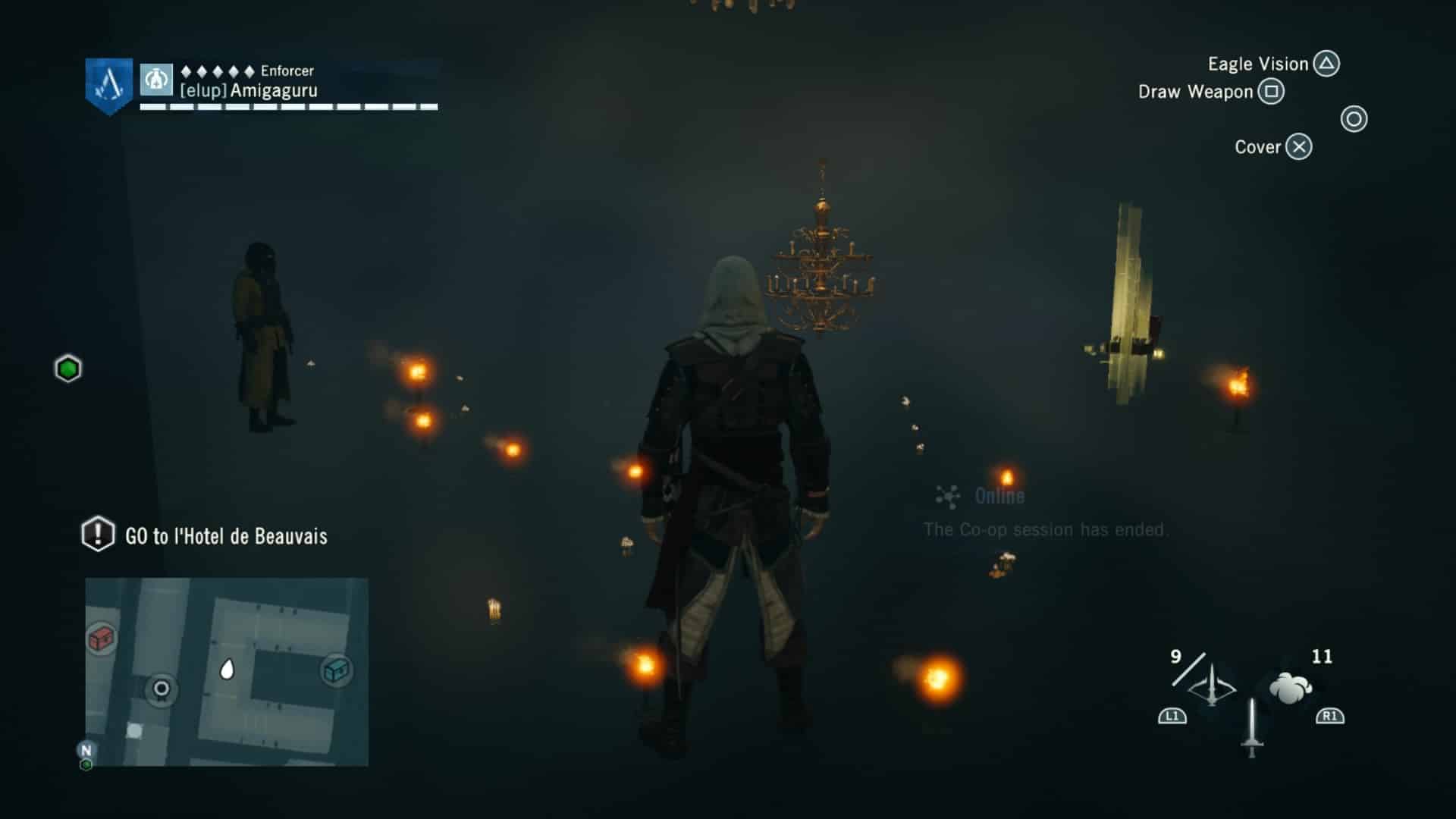 cable and i would be in denial if i had said anything other than just that.
I have only played the game for an hour or 2 so i have lots to see still and i am sure there will be a lot of times i will grab pictures and save videos and prepare for a full-blown article at some point, maybe i will, maybe i won’t. 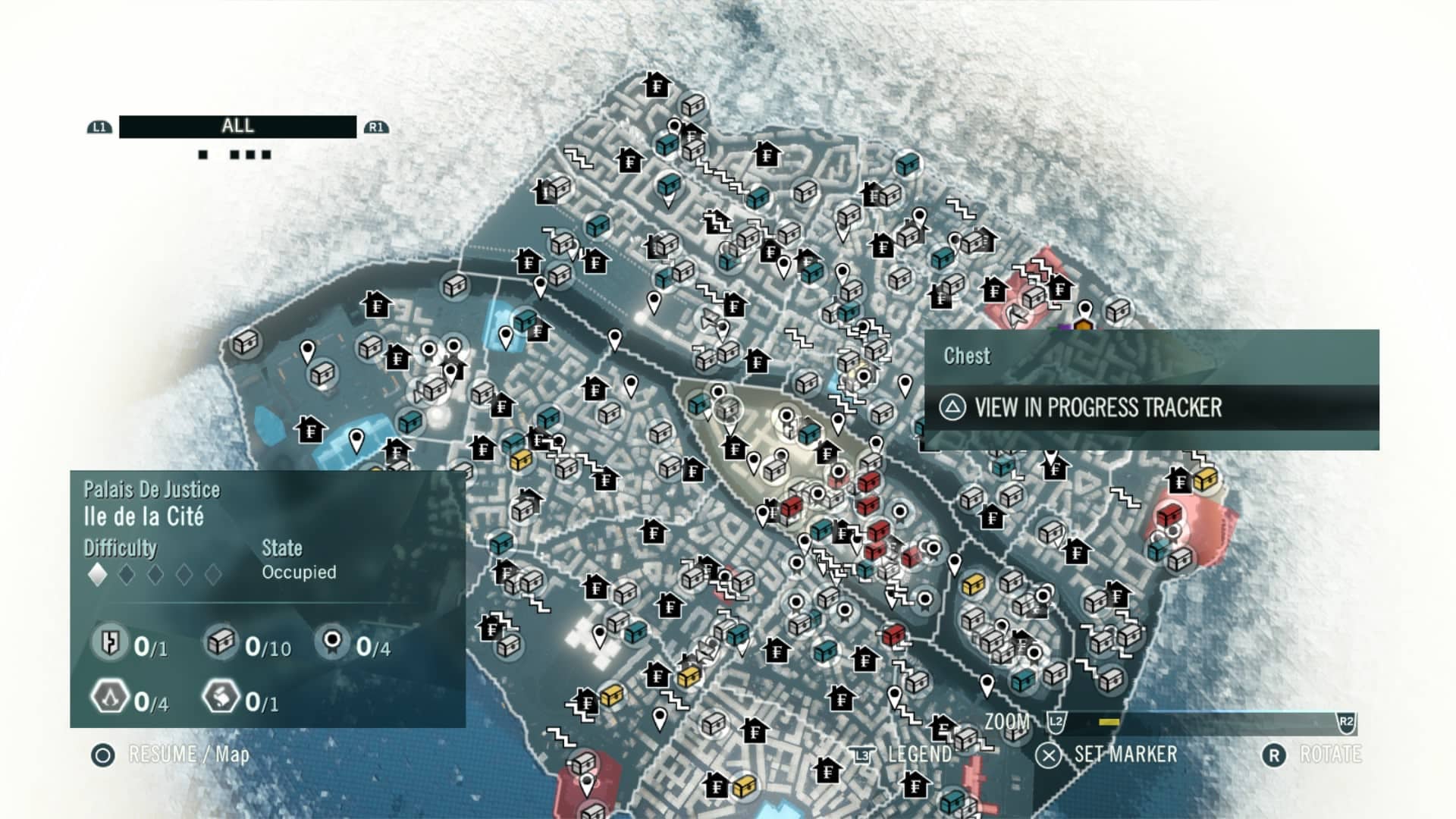 Gone are the scary graphics glitches and now we can finally see the beauty of the game but like so many games of late, CGI/cutscenes like the one above is actually of lower quality than the one in the game, no idea why (CAN SOMEONE PLEASE TELL ME WHY????) but it is clear that the details and resolution is changed and there is a lot of tearing too.

Day 1 gamers out there had the pleasure of playing the “contestants” version of Unity.
This problem has occurred for some people after the patches but unlike before this time around it’s not often. Scary stuff. 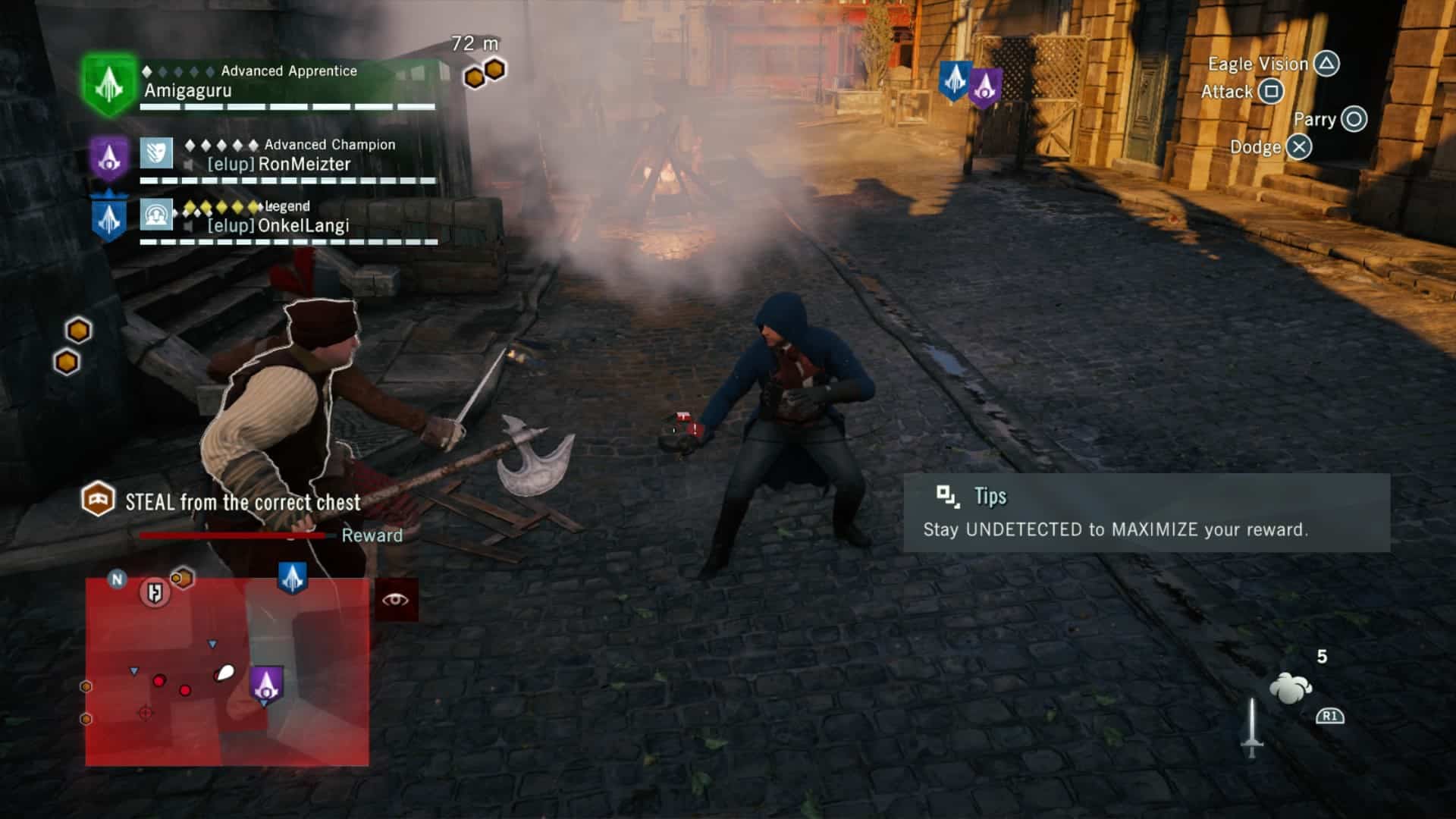 Seen the commercials on T.V? yep they are real, i have only tried the game for a few hours and i can safely say that this game looks incredible and that the footage is real.
Stability has gone up, servers work better, progressing is easier, menus ain’t as cumbersome anymore…
The PC version is having lots of problems though and i guess i could go read up on what they are but i have next to no interest in PC so i won’t bother. If forums are to be believed then the PC version is next to unplayable, but you know… it is forums after all.

Small Video of the draw distance and some destructible buildings.