Finally, another Amiga game is on the way and while some of you might recognize this game from earlier this new upcoming collector’s box certainly will make quite a few collectors out there go nuts.

Golden Wing came out in 2018 but only as a digital download only and it was and still is a shareware/public domain game but the reason for this commercial release is naturally to support a collector’s out there as well as (most likely) test grounds for a new game (that is in development as we speak). 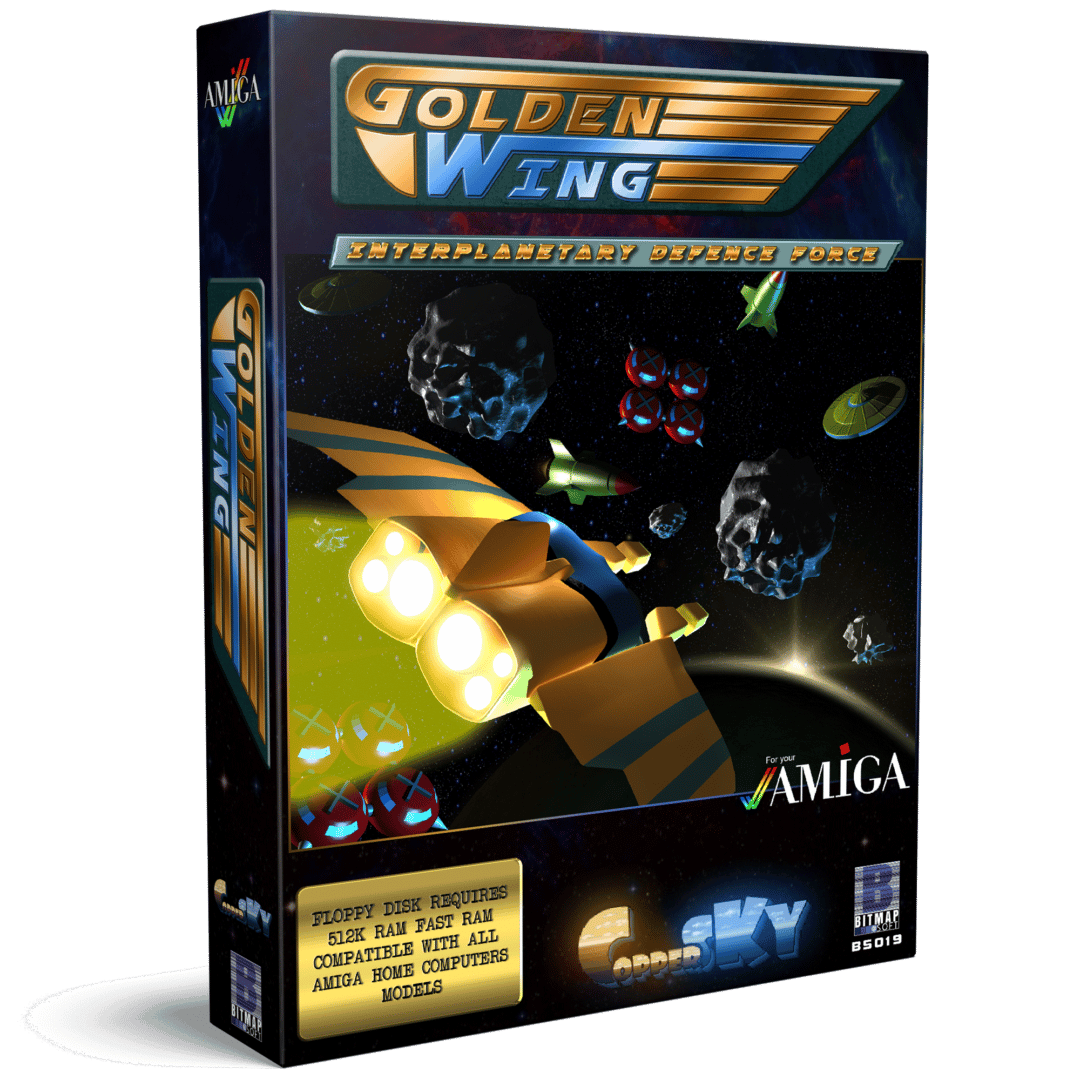 Golden Wing will come in a really nice box which is professionally produced, the stuff inside the box will also hold that top-notch quality too, badges and stickers, as well as a glossy A4 poster, is the stuff we know of so far that will be in the box other than the floppy disk of course.

Golden Wing is a bit like Stardust / Asteroids which means it is a single-screen shoot ’em up but with loads of variation, boss battles with good music and graphics that help to keep the quality up.

It might sound simple and in many ways, it is a simple game but there is quite a bit of playability in it as well as replayability.

More screenshots here showing the game off, I’d say, go give it a try.

Fun fact, yes my name is in the credits here as I helped with the testing on the game and to be honest I played it so much that I got so awfully sick of it that I haven’t played it again since back then, that said, that will change when the box arrives as I need to give it another try for the upcoming unboxing review of course.

Final notification: The pre-order campaign has since I started this article been sold out, a new production run will be done if there are more pre-orders coming so make sure to PRE-ORDER NOW if you want it as this might be your last chance now.

Golden Wing works on every Amiga out there but for now, there ain’t any CD32 Iso or such but that might change soon enough.

If you want to try out the game before you pre-order it then fear not, the download can be found on Aminet.