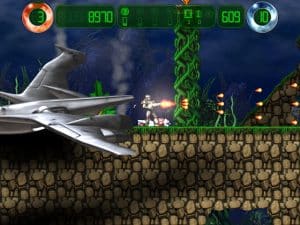 The well known Turrican Clone Hurrican from 2007 has finally hit AmigaOS4 and MorphOS thanks to SixK and HunoPPC, its just a beta version for now but its working as it should so the next update (final`?) will probably fix some minor stuff only unless something other has been reported in.

The official site for Hurrican is: http://www.hurrican-game.de/

For the MorphOS version:

Follow Us... Inspire Us To Get Better... Keep The Flame Alive
Tags: AmigaOS4, hurrican, turrican