Lucasfilm was sold to Disney in December 2012 for an insane amount of dollars (4 billion ++?) and now in April 2013 Disney decided to kill Lucasfilm and all of its games in development (among other things), why Disney did such a thing is beyond me but all i can say is that Star Wars was fantastic up till those Digital remakes/remasters and the games kept being good until end of the 90’s and no, POD RACER was not a good game!.

The first Star Wars has always been considered one of the best movies ever made and one can feel that when you’re watching it, yes even in the crap digital enhanced CGI version.

Star Wars was so popular that they pumped out a few games for many formats like C64 and Amiga (and so on, sorry.. i never followed the other formats much) and the first game is the one in this article. 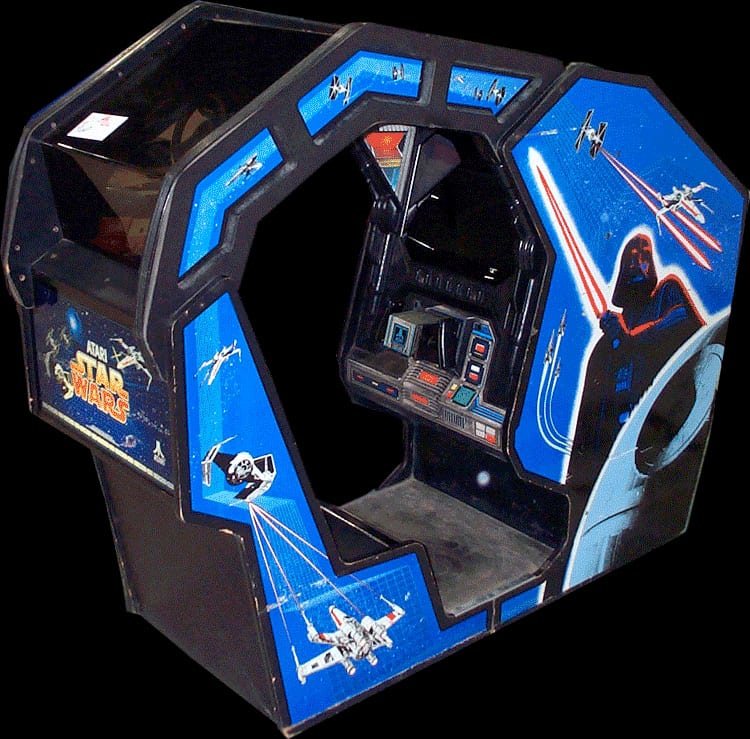 Star Wars was released for arcade machines in 1982 or so and eventually made for home formats like the Amiga and C64, the first version i tried was the c64 version and i am not entirely sure when that was but all i know is that i saw it before the Amiga version.

Vector graphics was always a love or hate thing, i can think of 2 games that were accepted by my friends (except for flight sims!) and that was Star Wars and Hunter and i while they missed out on many awesome games i still know why they liked these 2 games.

The game comes in a standard (back then) jewel case, with instructions on the back of the cover, standard stuff but i am quite surprised to see how much info they put in here (all formats)…

Domark knew how to produce sexy boxes but they didn’t always know how to make a good game.

Back in the day those screenshots made people crazy, i remember when i saw it and how i just had to get it but what i did was to go to my friend’s houses and look for it in their “PIRATE CHESTS” or maybe i should just call em what they really was.. floppy box.

A friend made a copy for me and i was in heaven! the game is still burnt into my brain, the sampled sound, the simplistic but good graphics and the speed of it all!. 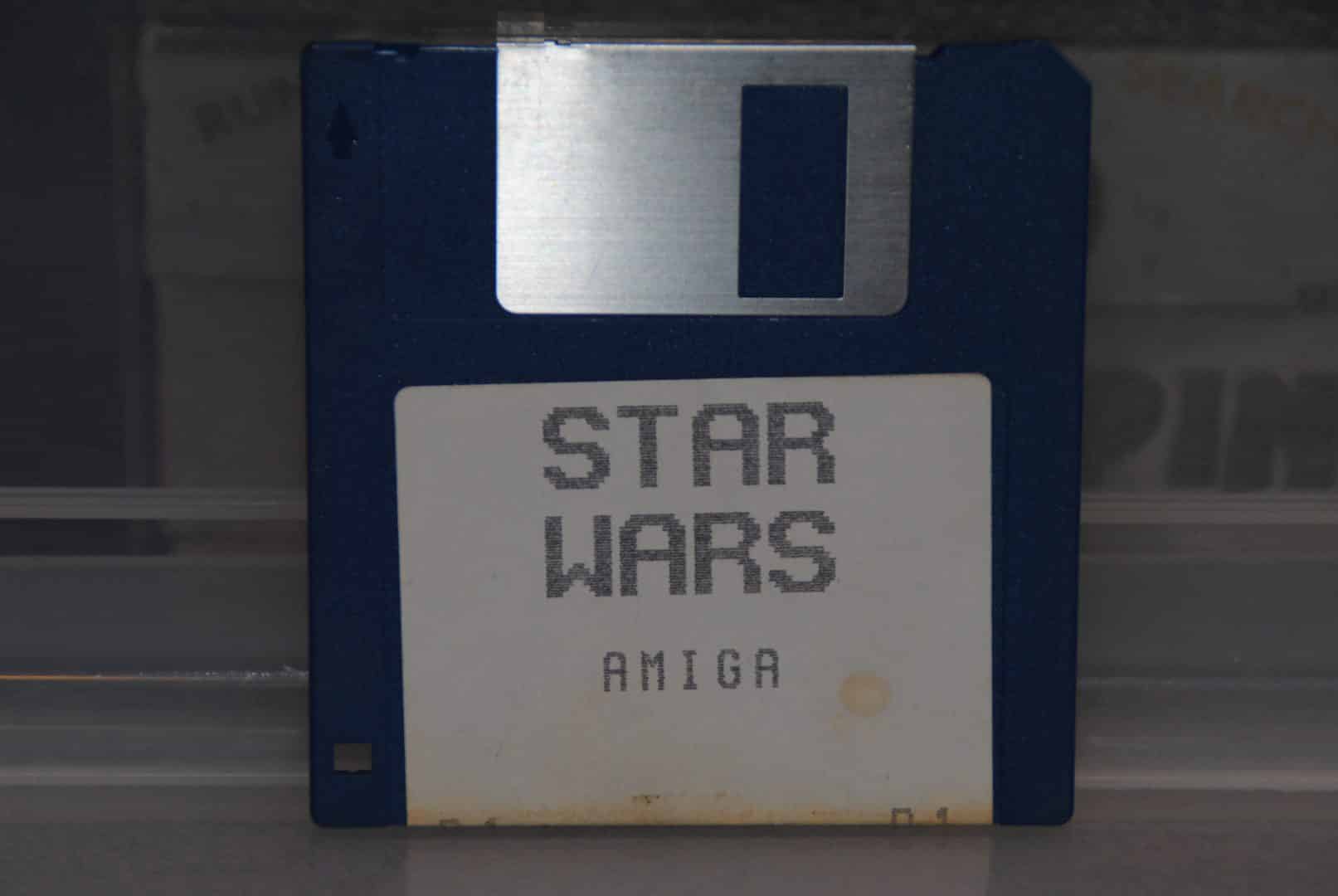 Back then (1987/88?) this was basically what you got when you went for the “cheaper” jewel case versions and even worse here is the floppy disk label, looks like something made in a real hurry .. (2 minutes on a typewriter?)…

Simplistic but fine!, the music is absolutely hideous and it sounds like something i could have made and believe me… i suck at music!, anyway its only a small sound sample and in the game itself while playing has no music at all and the sound consists of just bleeps and bloops and the occasional Star Wars movie sample just to make sure the player knows its Star Wars you are playing. 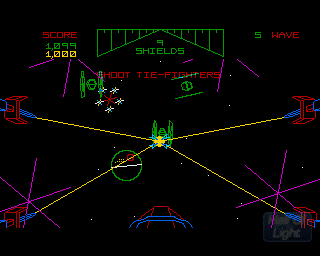 The game consists of only 3 levels!, yup that’s it…3.. but it loops and it gets harder and harder (that’s what she said…) the further you go and after a few loops the game gets really difficult and still damn good fun!. 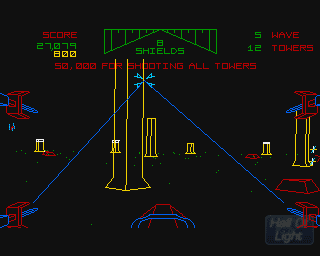 This is level 2, Columns here…shoot the top of it. May sound silly but it’s still fun and it’s like most iPhone and Android games of today, it’s fun in short bursts and there is something about it that says “quality” even though i have no idea how to put a finger on it. 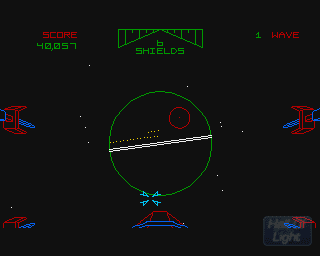 The final level of the game is when you fly towards and into the Death Star, really cool stuff and must have been one of the first games to do this back in the day, looks sweet and even though there ain’t many colors used its still easy to spot where to go and when to go… i think it was this game that made me so into “tunnels” in games.

Domark released a shitload of Amiga games in 1988 but who would have thought that 3 of them was Star Wars games?, yup that is correct, Star Wars IV:A New Hope (this one) , Star Wars V:Empire Strikes Back (same game engine etc as above but with other enemies…) and Star Wars VI: Return Of The Jedi (a new type of 2D game…various game modes).