This is an old AmigaGuru article that i made in 2013, but since my old blog pictures site was lost, well i am still updating the site with adding the old (and new) pictures for the article before 2015.

Lucasfilm’s game division (R.I.P.) had a very good run in the 80’s and 90’s, just about every game they released oozed quality and to most these games were must have’s.

Maniac Mansion was one of the first (or the first, depends on who you ask) Point And Click Adventure games and it was Originally a Commodore C64 game and due to the success there it basically got released on every format out there at the time. 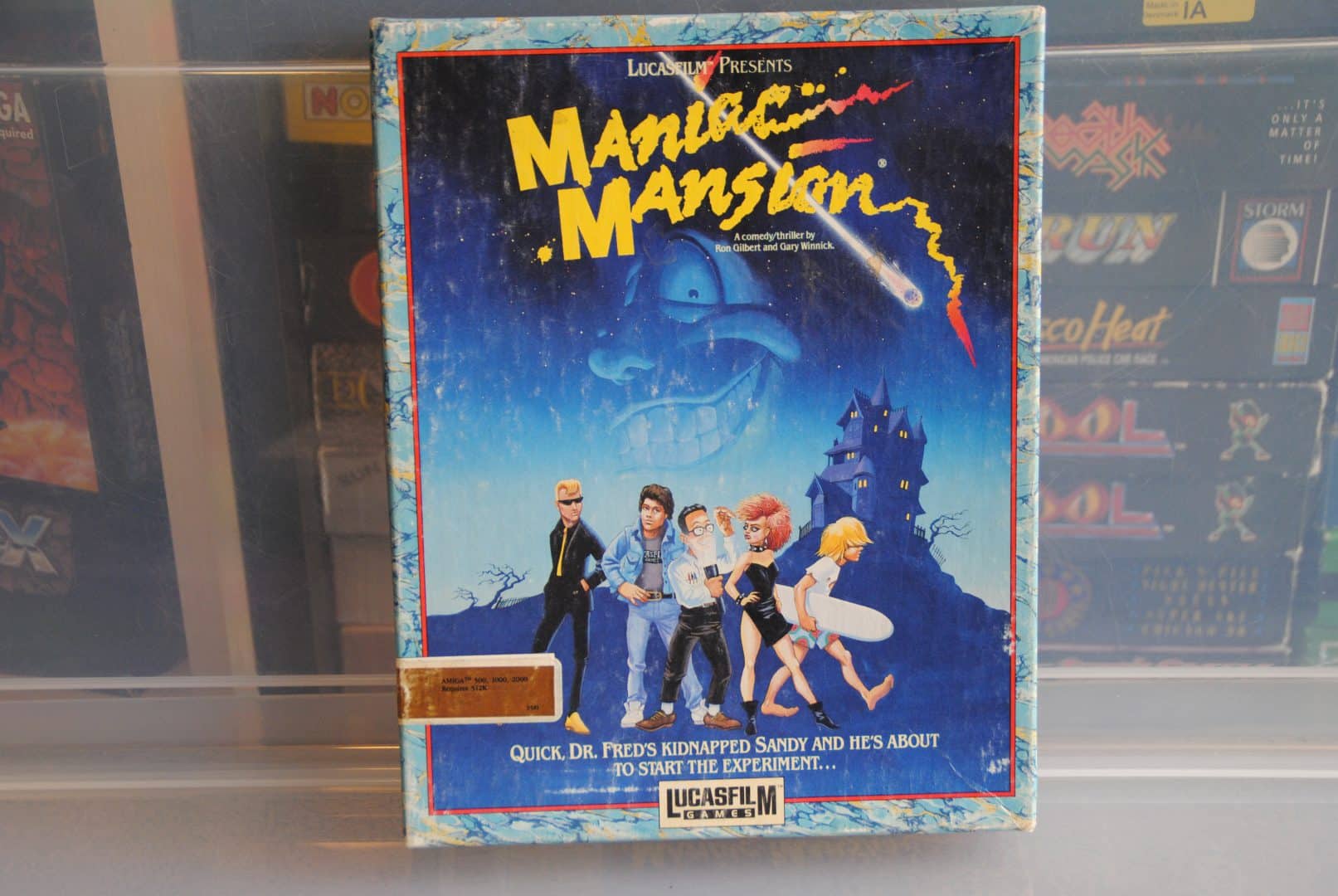 I actually bought both versions of the game due to a misunderstanding back in the day, not that i remember all the details anymore it was down to the actual copy protection sheet which had errors on it… more about that later in the article. 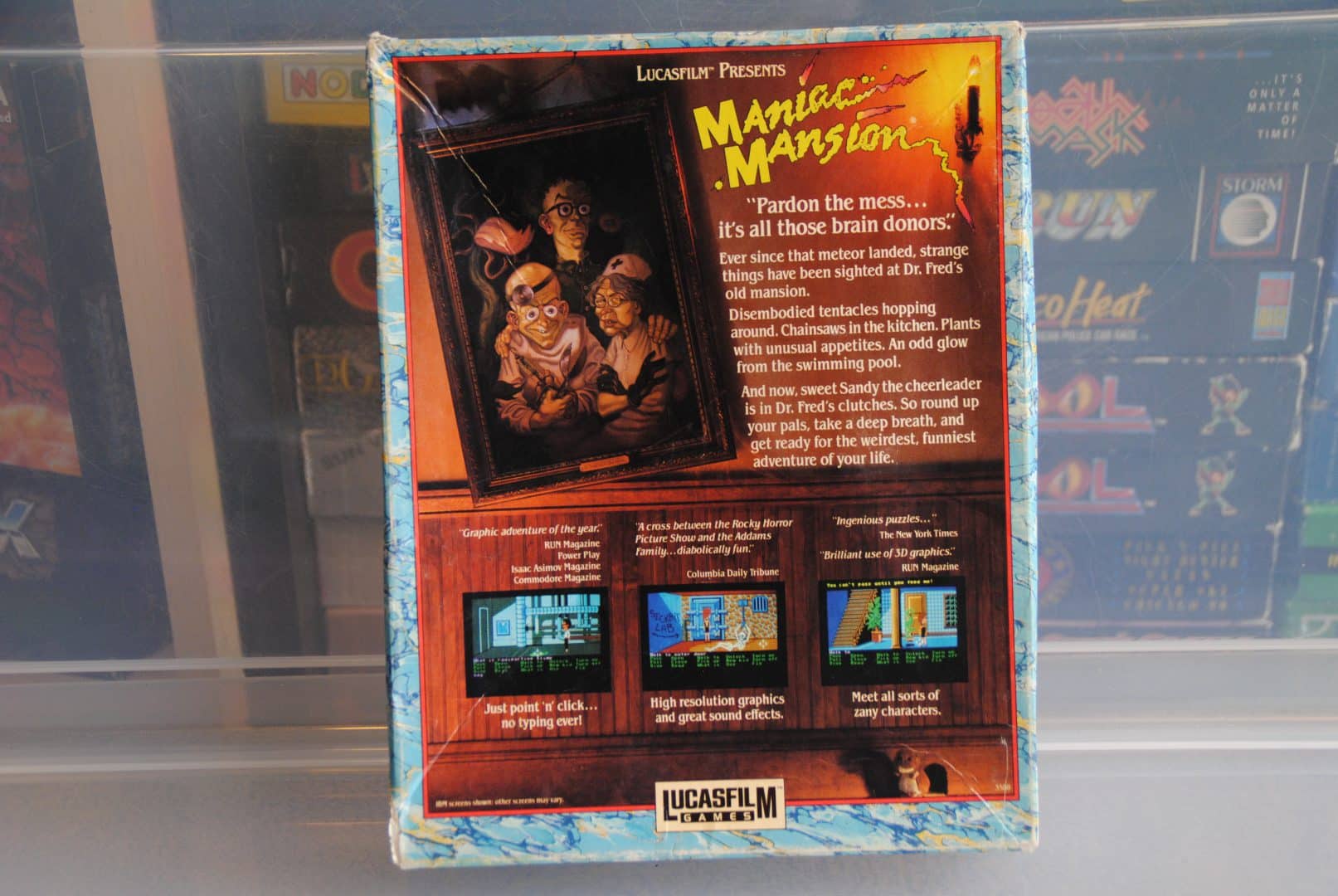 it’s easy to see which of my very old games i loved the most, i tried my best to take good care of all my games but it was hard as i was young and had a small room and yup…had to move the games around from shelf to shelf and of course i played em loads.

Maniac Mansion is a very rare game these days, i wasn’t aware of this until recently but it kinda makes sense as the piracy level on the Amiga was extremely popular at this point so most games around 86 to early 88 was kinda hard to find in shops. 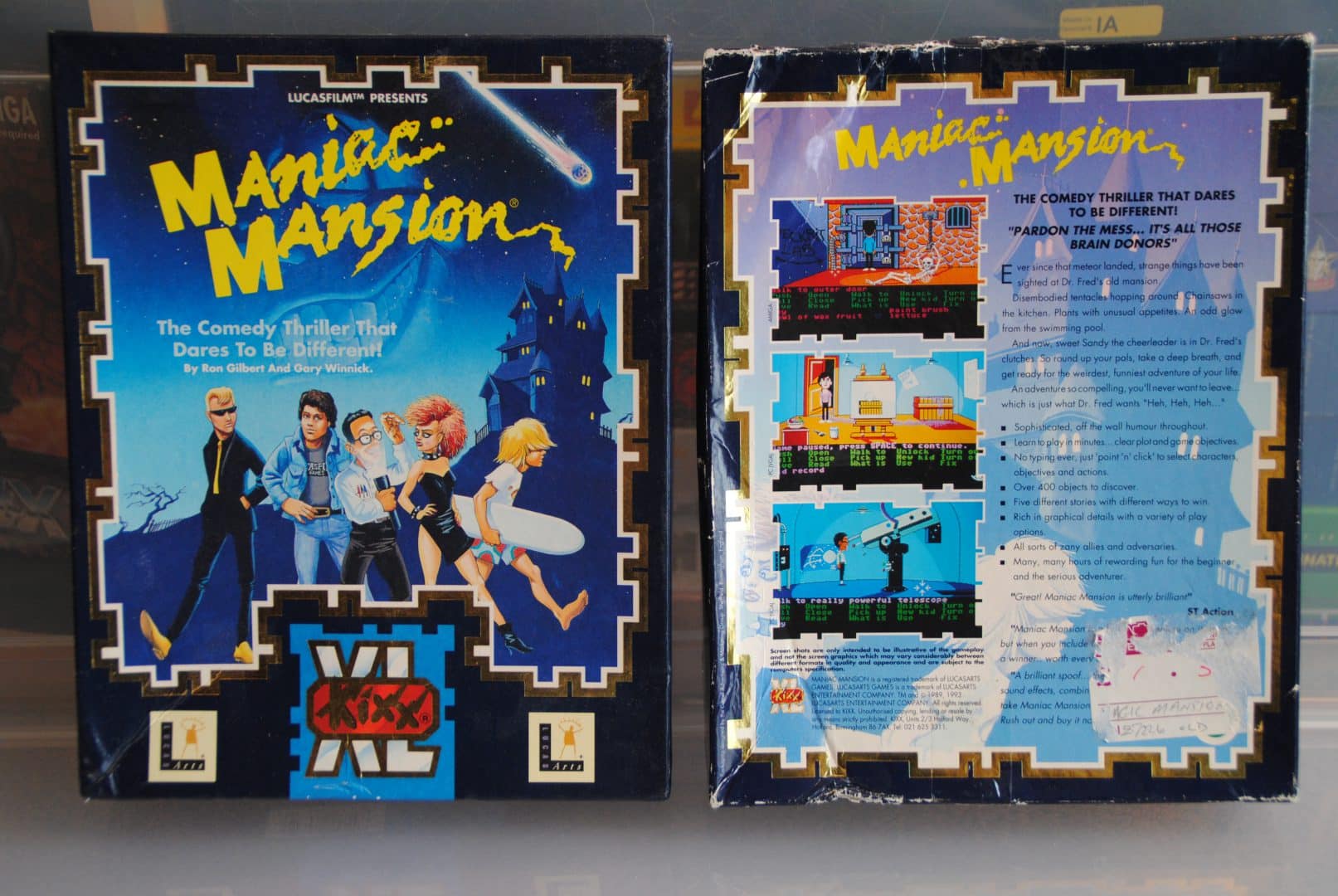 This is the Kixx-XL box, look how i wrote stuff on the manual.. what was i thinking!… 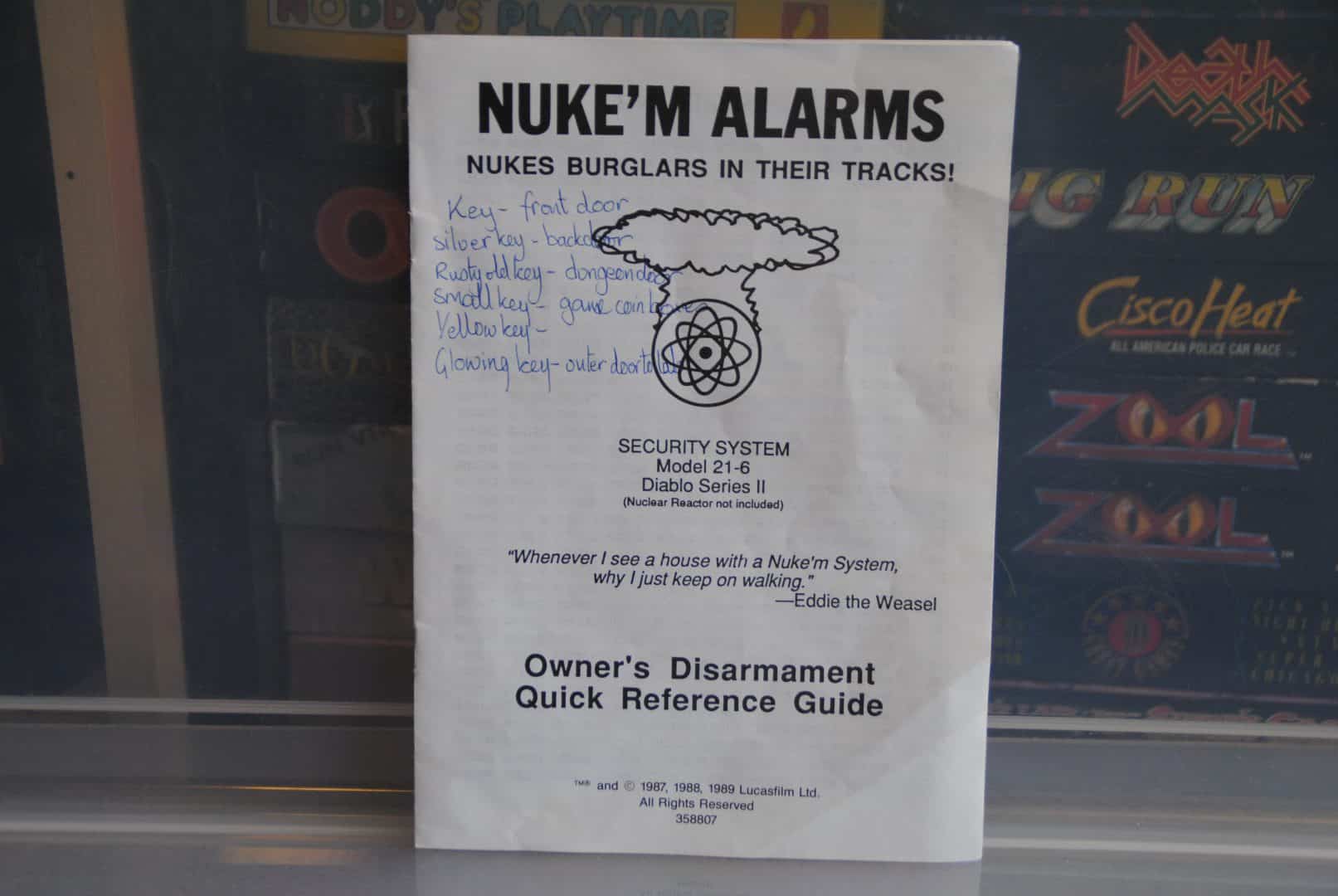 The kixx-xl budget version had a standard text manual with no need for red glasses, more about that soon. 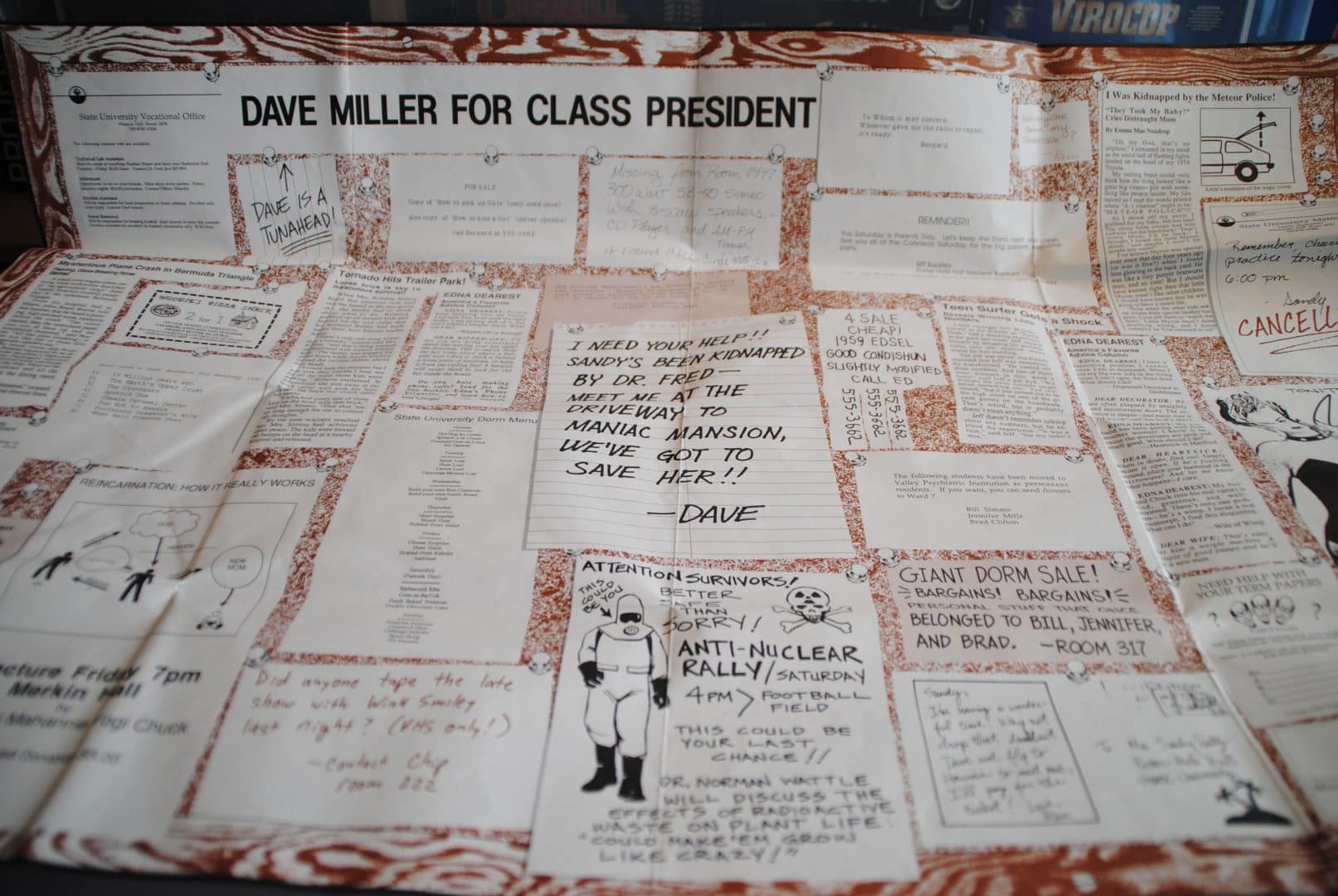 This is from the first and original release, a huge poster (a really big one), i didn’t want to open it fully as it’s old and paper folded like this is bound to get tears or even holes on them. It has loads of funny stuff written all over it and to fans, this poster is a real gem. 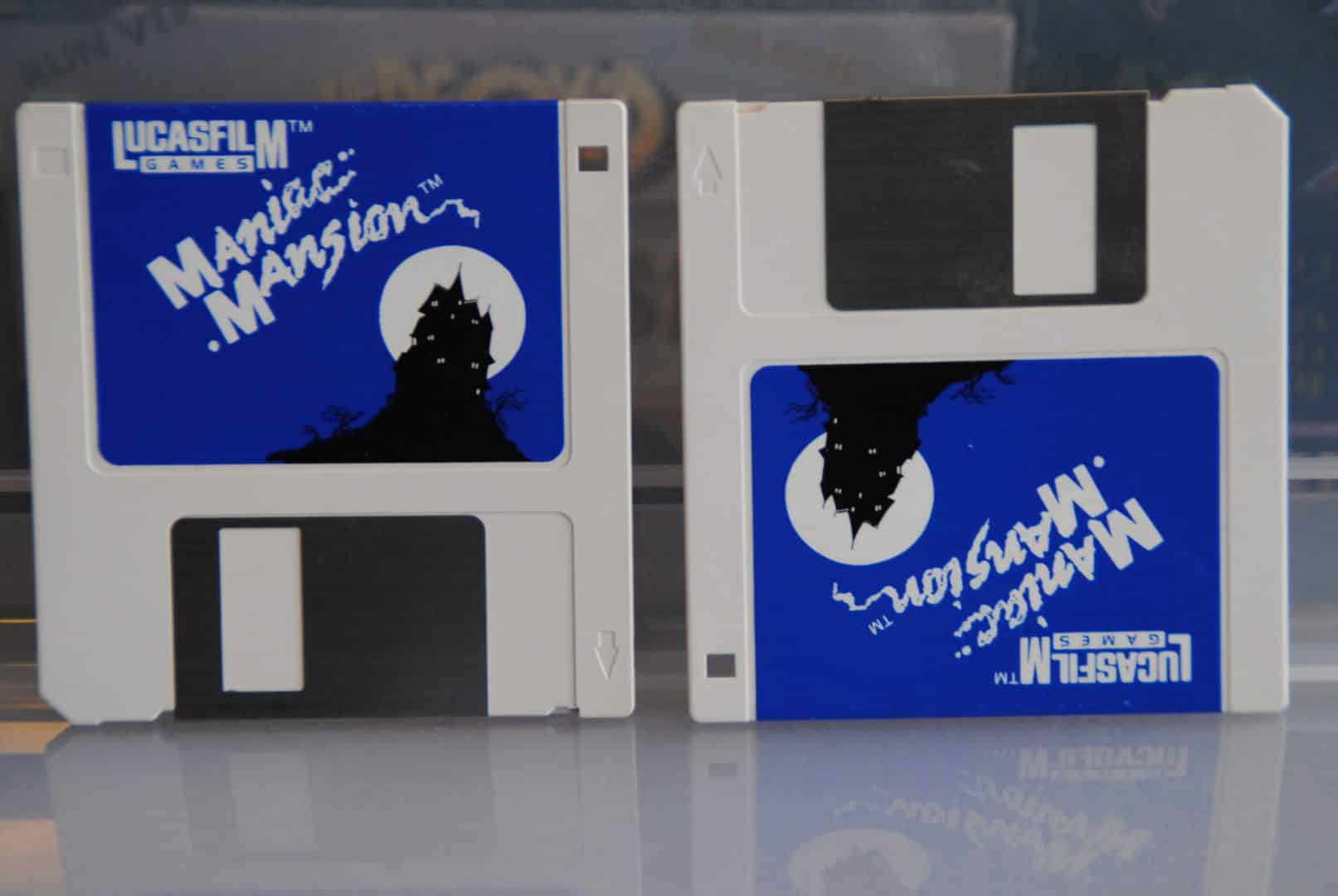 The special manual was included in the original version and also the floppy disks had proper stickers on them. 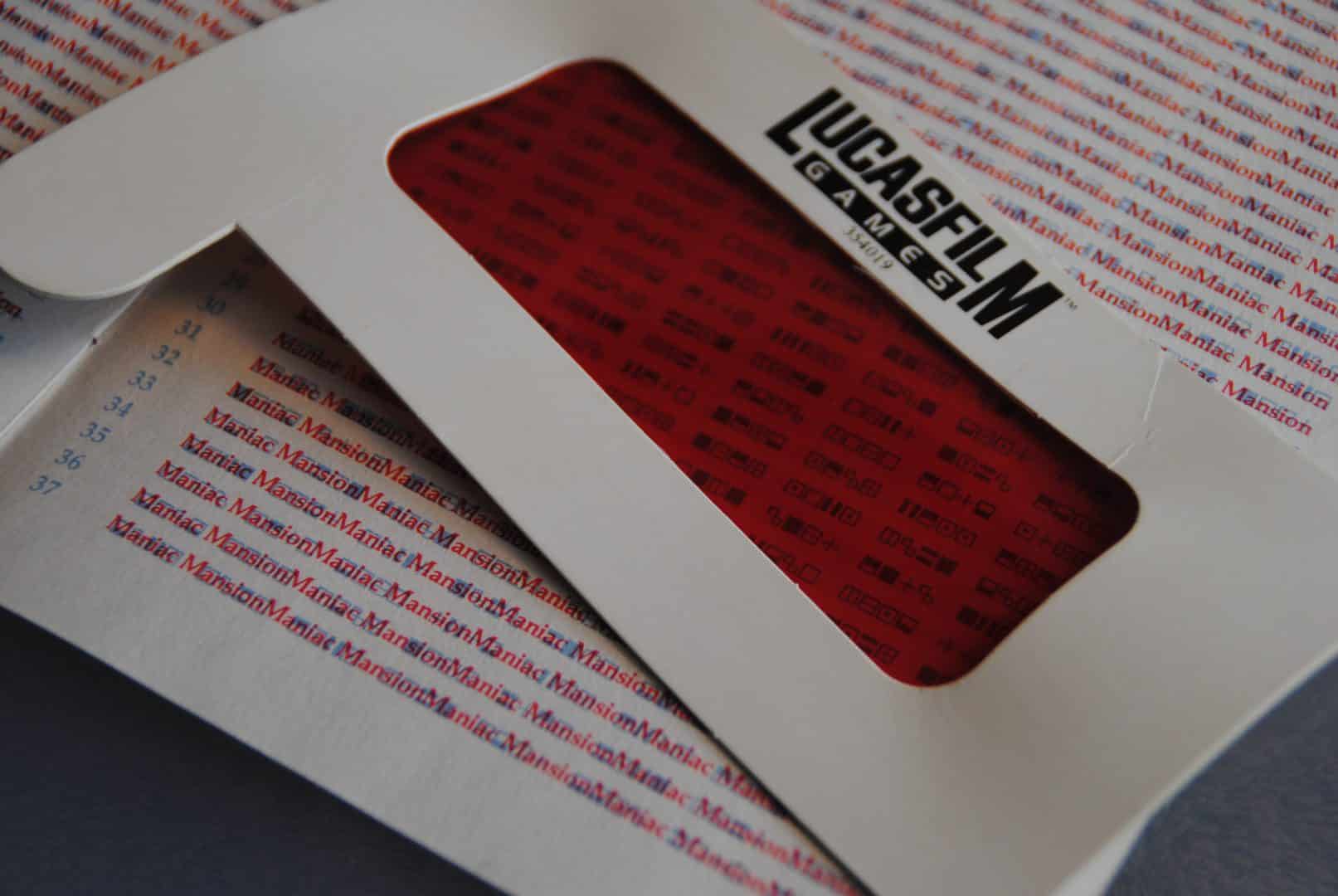 in order to read the codes in the original release version “copy protection booklet” one had to use a special red filter Lupe/glass and i thought the manual had been badly printed so i went to the shop and asked for a new one… they ended up giving me the XL version as that was just released at the time when i went asking (i had been using the pirated/cracked version for a long time).

Amazingly this plastic filter glass is still usable as both the booklet and the filter was produced using the good quality material.

Here is a screenshot from a nonupscaled scummVM version (looks very sharp and good) 320×256 and it’s the original Amiga version. 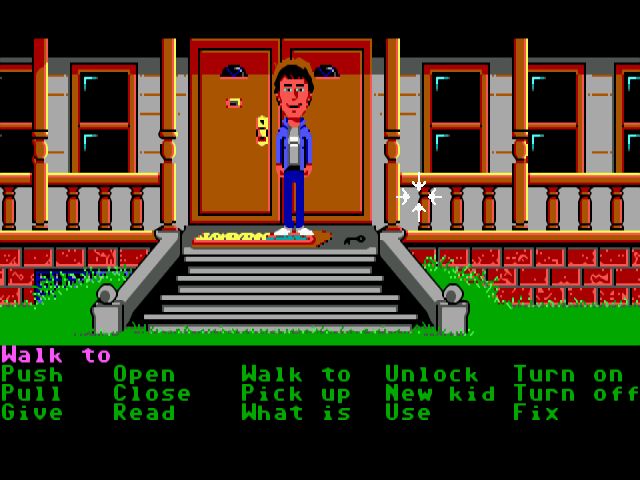 This is from the Amiga version but running in ScummVM with upscale and smoothing activated, doesn’t look that sharp but good to play like this on today’s LCD/LED monitors/TV’s. 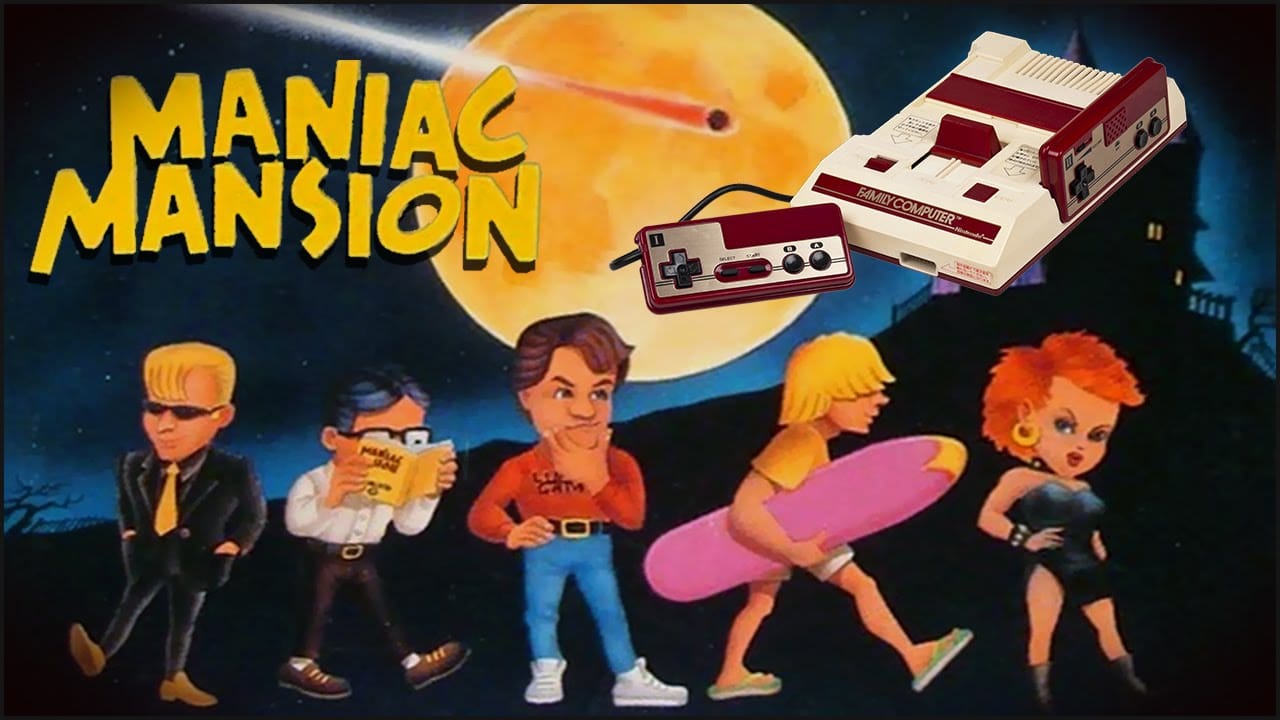 Maniac Mansion is well known for its strange features, it’s hinted system seems to be broken at first eventually you realize how this was done on purpose to confuse the player and even today people ask for tips on forums as it’s not making any sense what so ever.

Another cool feature and one of the first in the industry to have it was the openly ended changes in the story, loads of alternative endings and stuff throughout the game and this was another thing that was commonly asked about on forums and in magazines as the cheats and walkthroughs seemed wrong…

Maniac Mansion is an extremely funny and weird game, it’s like a mix of b-movies and Ron Gilbert’s funny stuff together with random funny stuff put in by everyone involved in the project (i bet). 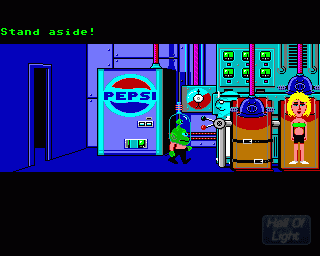 One of the characters is named Sandy Pants whom is the girlfriend of the actual hero named Dave Miller (see…) in the game.

Green tentacle and Purple Tentacle = you gotta be strange to come up with these things.

Haven’t played this game?, grab it now and fire it up in ScummVM and sit back for one heck of a game. 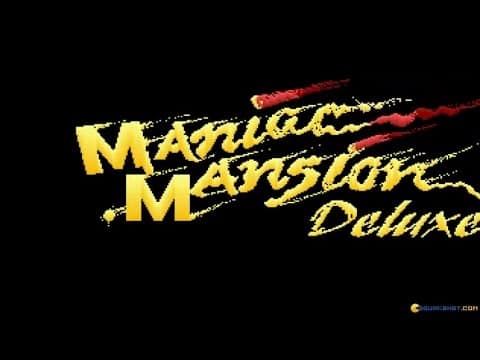 Btw, if you have a PC/Windows machine (which i don’t have….) then you can play a fan made version from 2004 named Maniac Mansion Deluxe which looks rather good if i might add. 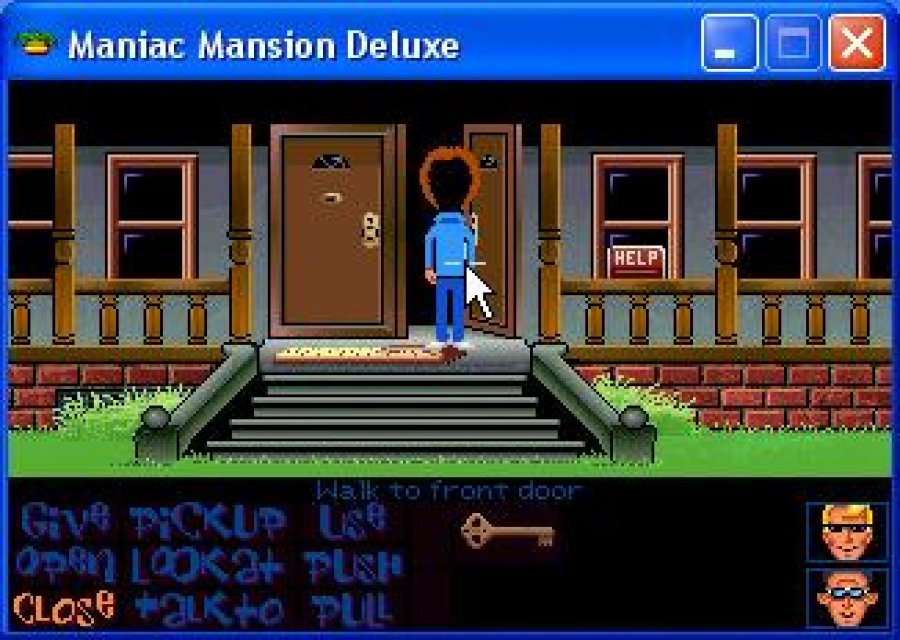 I wish i could play the Deluxe version on my Amiga, maybe it is possible in ScummVM today but i know it wasn’t possible when i made this article (2013)

Included a lot of pictures from my originals of the game, the stuff looks great even after all these years.

The most of the screenshots have been taken from HALL OF LIGHT and the rest is from various random sites around the web.

Hope you guys enjoyed this article.