Jeff Minter has to be one of the few in the games industry that has stuck to one style through nearly 4 decades of computer games. His first venture into the worlds of PSVR was the wonderful Polybius which we gave a solid 10/10 score and that’s already over 18 months ago now which means that it was indeed about time that we got another one from him. 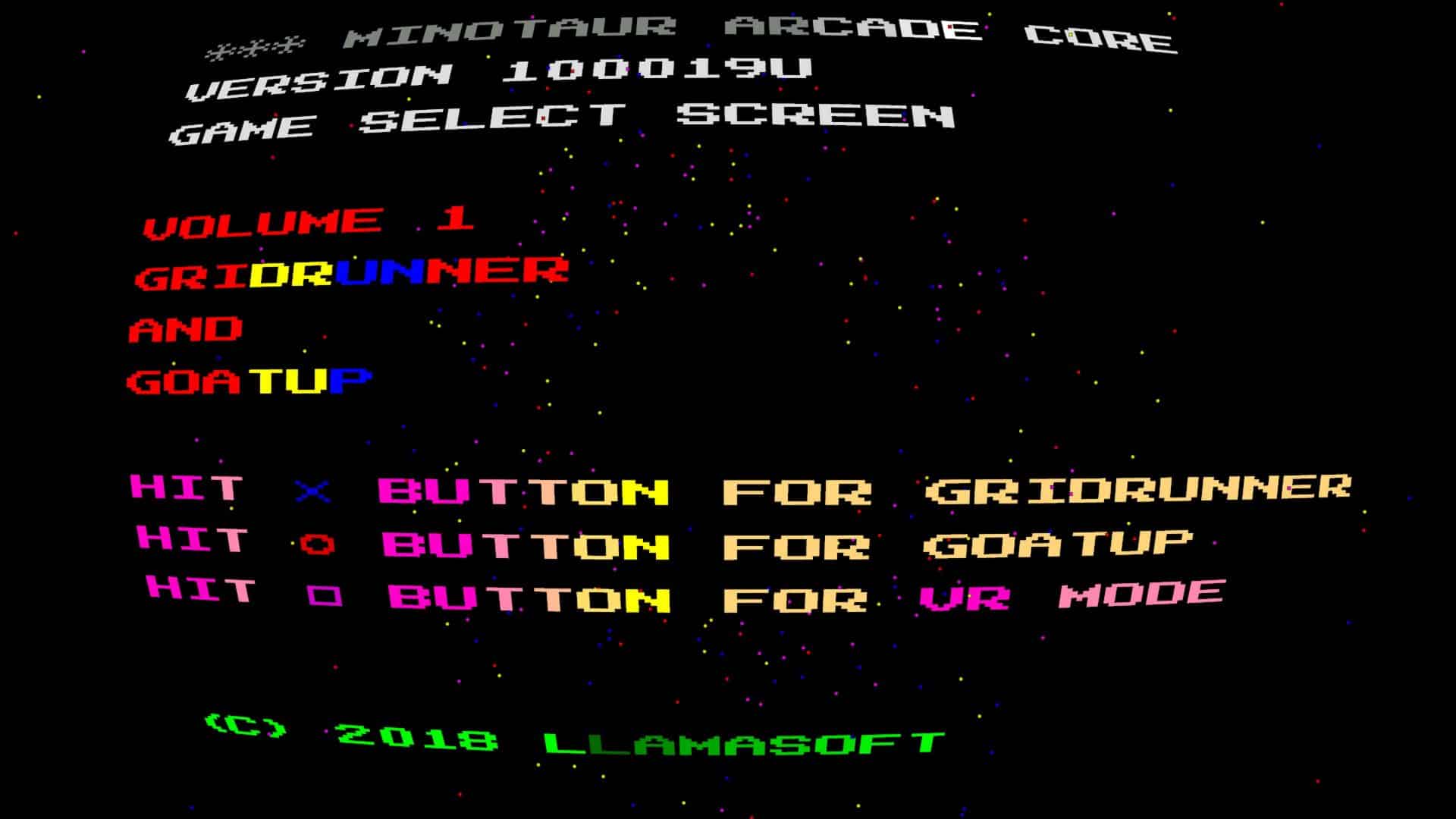 Minotaur Arcade Volume 1 consists of two games and both of them got that quirky style that Jeff’s known for but what’s so special about this one is that there’s a platform game in here called GoatUp and for me, that was quite a surprise as I have always taken Jeff’s games for shooters, well except for Hover Bover of course which was an..umm lawnmower game.

GoatUp first reminded me of Nebulus / Tower Toppler but GoatUp is much more fast-paced than that and maybe most of all how insanely addictive it got after a few goes, to those of you who haven’t played Nebulus the principle of the game is to get to the top of a tower and to get up there you have to go round the tower in order to reach the next platforms/levels and yes the game mechanics are simple and this is why it works so good I guess, especially in VR. 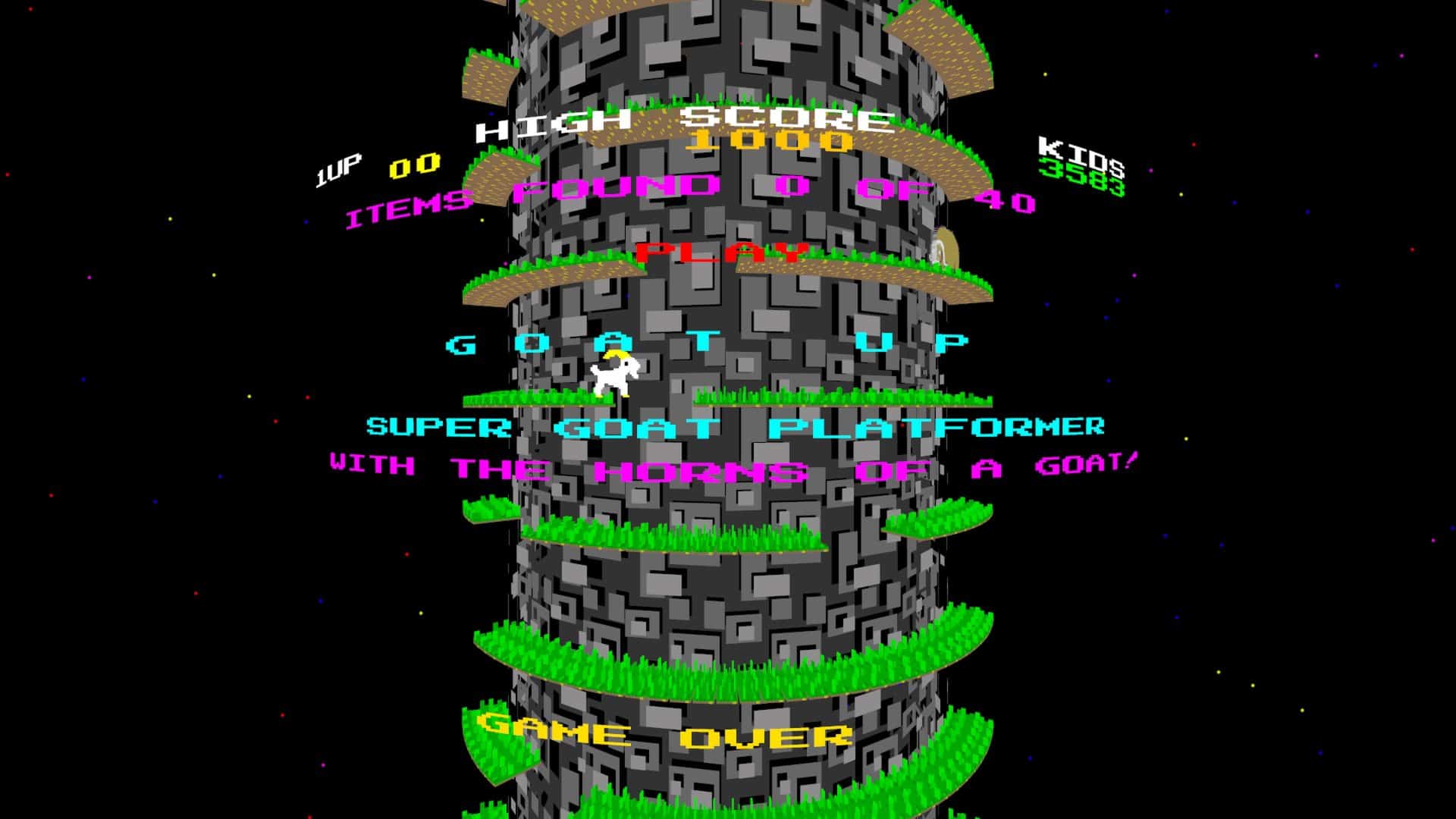 The Goat that you control is always in the front and you more or less rotate the tower when you move, the feeling and immersion while playing in VR is actually a lot more than I thought would have been possible for such a simple game and I guess this is why Jeff Minter did the game for VR in the first place.

You control the goat with the DualShock controller and you should play it sitting in a chair so you won’t trip or fall while playing the game, the VR mechanics are mostly for the immersion as you won’t need to move your head all that much while playing although you do move it up and down and a little to the sides while you play but only because it feels so natural to do so as nothing is forced on you.

Oh, and yes there are loads of different things to do while climbing/jumping your way up to the top… Your goat mow the grass you walk on and further up you’re colouring the ground and at one point you’re even chewing flowers and when you do all these things various items pop up which you need to pick up to get a better score.  There are 40 types of these pickups/collectables and most of them tell a story when you first discover them but to be perfectly honest everything goes so quickly in this game that I never got around to read what it says. 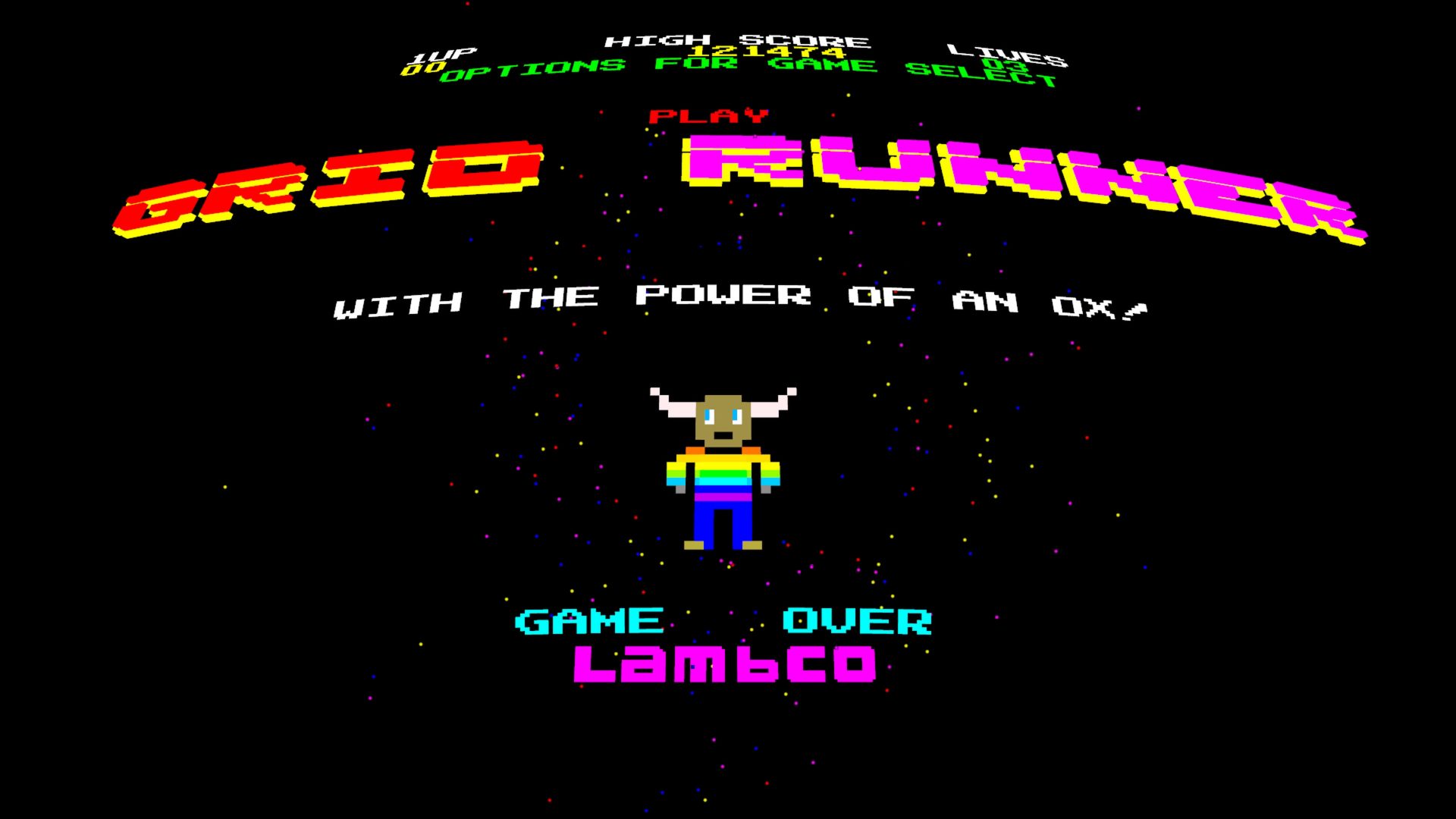 The other game in the package is Gridrunner and that’s a game that most of the Jeff Minter fans have heard about before and to me, this is the one that made me into a fan of his games.

Gridrunner does feel a bit like a Centipede copy but you will quickly see that it ain’t due to the speed and amount of action going on, there are tons of weapons and different types of things to shoot and yes the trademark style of the YAK which is a style one will never forget once you’ve experienced it, some call it an LSD trip but I prefer to call it a unique style that only he can make.

The best game out of these two is hard to pick as they’re so different to each other and the only thing they have in common is them being Lllamasoft games and carrying the crazy ideas of the king of retro in them, I personally think that this mix of games made this collection even more valuable to the fans out there but I do end up playing GoatUp the most as that was a brand new game for me and yes it works tremendously good in VR too. 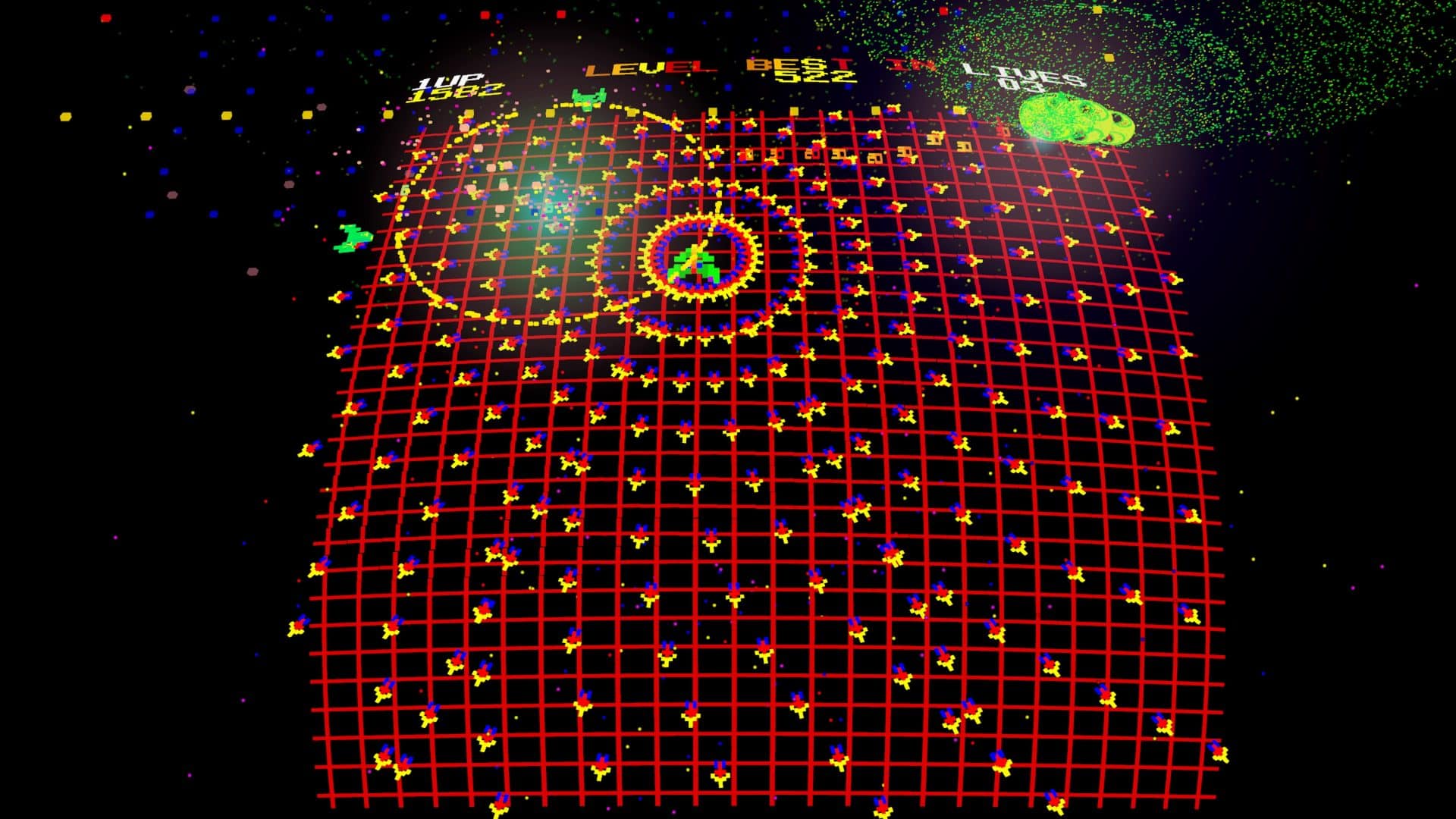 So how do the games run in FLAT (Non-VR) mode then? Well, i tried them in VR first and I struggle to enjoy them in FLAT mode after that, GoatUp lost all its immersion and it got hard to see and plan ahead in it, Gridrunner feels so basic without the VR and at this point I am not sure if releasing them as both FLAT and VR was a good idea, to begin with, that said, not everyone got VR and they would most likely enjoy the game for what it is in FLAT mode for now anyways.

Is Minotaur Arcade Volume 1 worth the asking price of 14.99 British pounds? I’d say yes, not only because they are good games but also because Jeff is one guy we need to support as he loves to support VR and he’s good at it too, there ain’t many 120FPS VR games out there and guess what, it is only his games that got it and yes if played in FLAT mode you get proper 60fps 4K too. The games ain’t for everyone for sure but I’d say, go for it and if you didn’t fancy them then you at least supported one of the reasons why VR gaming is going forward.