Not many i know of who had an Amiga back in the late 80s and early 90s knew that the Amiga had lightgun support and accessories and i am not sure if they even know that today, i never bought one ,well not until a good friend abroad of mine “sold” me his like a decade ago.

The Trojan PHAZER is not what i would call an amazing piece of hardware and the design looks like something from the 60’s..it does the job and it still works, good even if it’s dated back to 1988 so it’s not all bad. 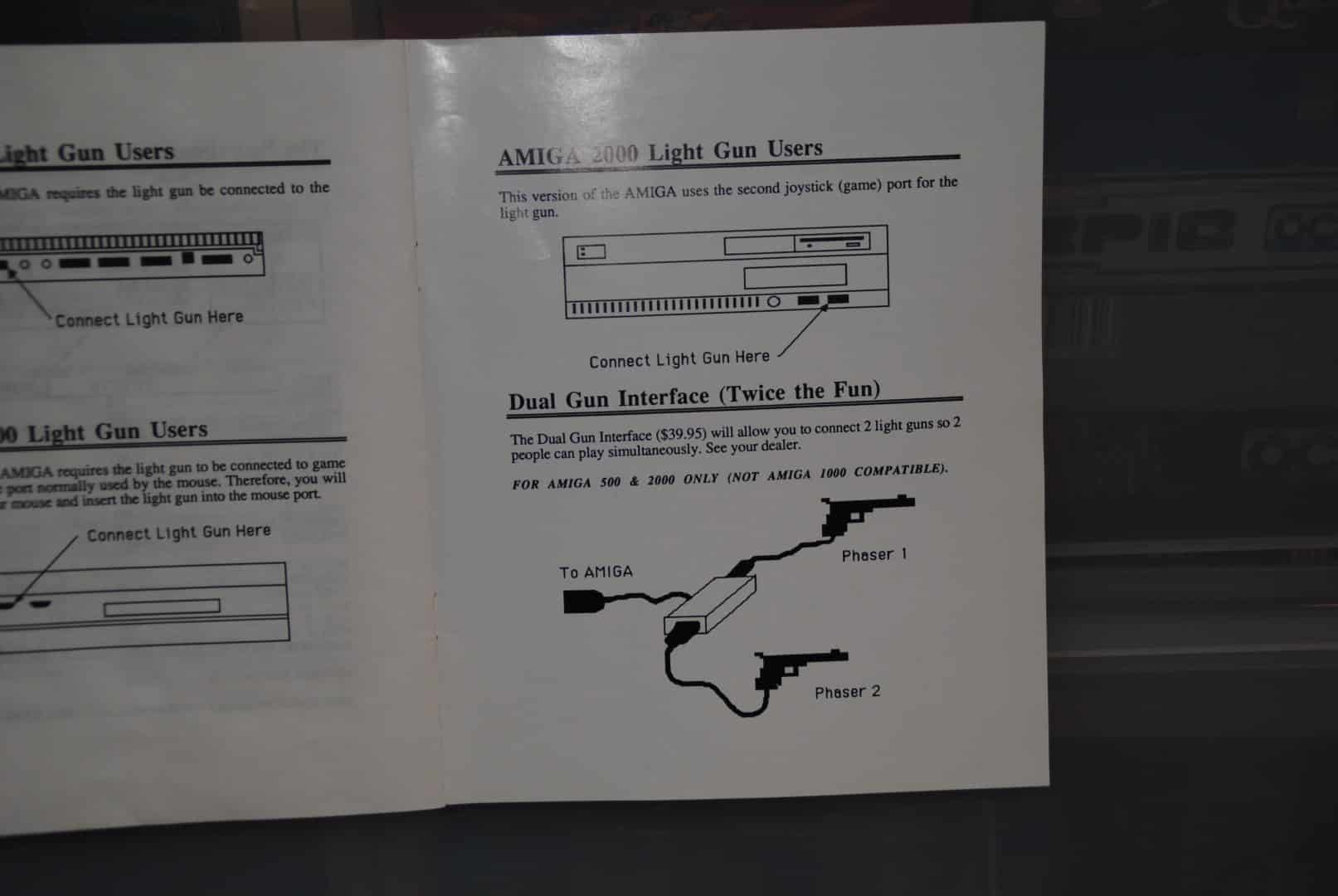 I actually bought 2 of them and 2 player does work fine but i never found the splitter hardware shown in the picture above so i loaned one for a while and when i had to return it than i just gave him my second gun….i regret that now as seeing how rare they are and how much people are willing to pay for one in mint condition. 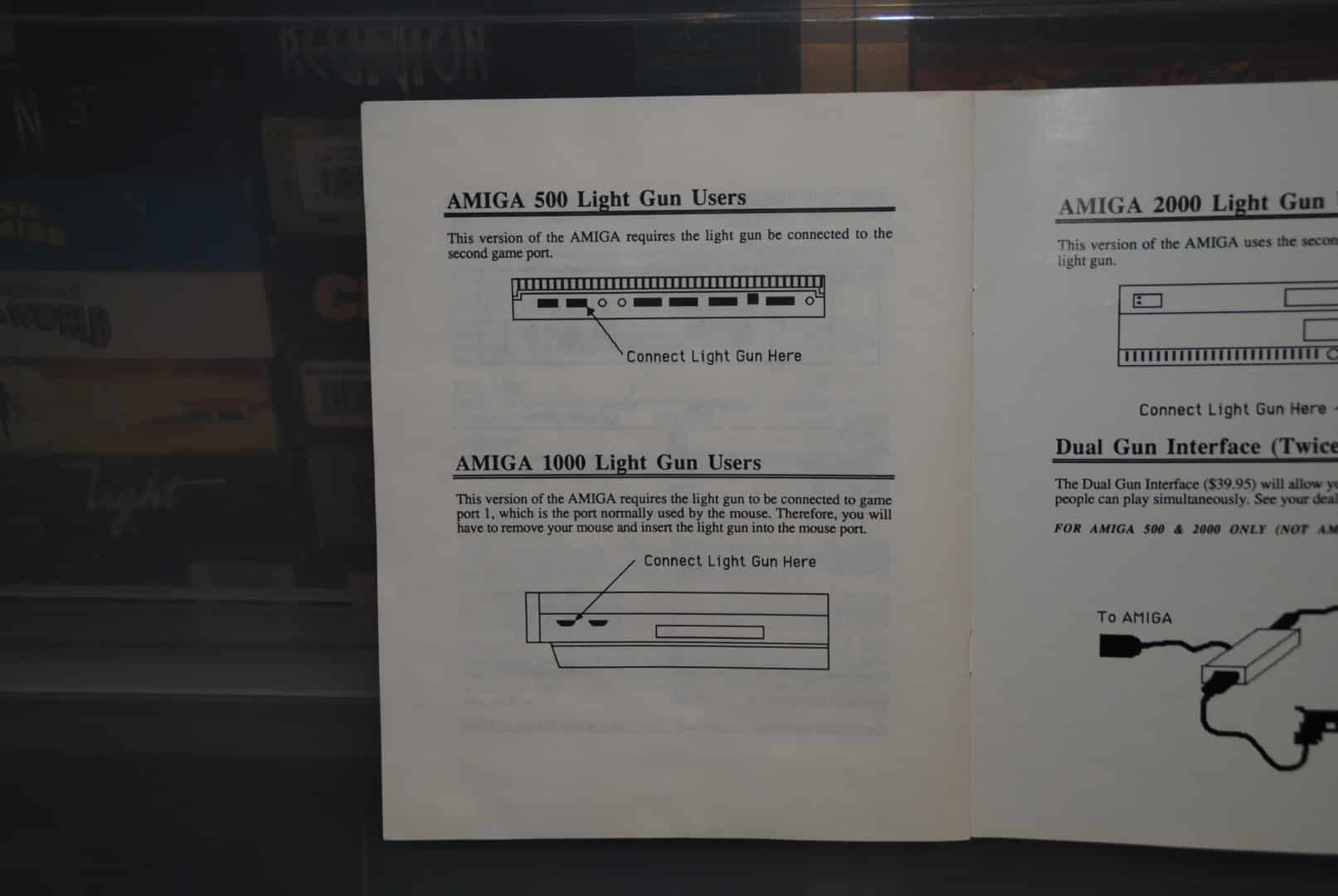 The Amiga 1000 had its issues and the Joyport/mouse port issue is as always a problem but then again it’s not a bad one as most people know today as well as back then that you just had to remove the mouse sometimes and connect the joystick/gun etc there. 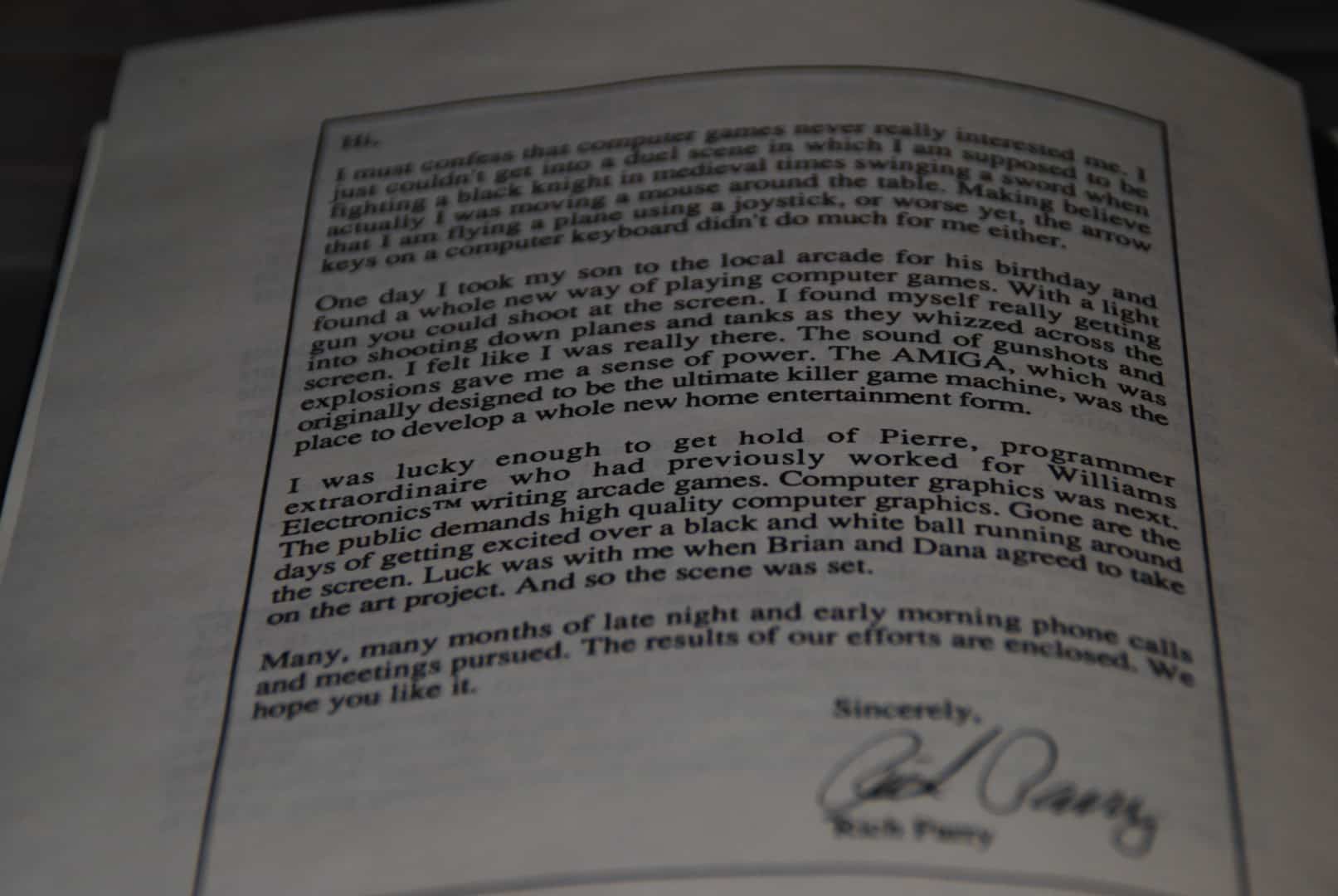 The developer put a “love letter” towards technology and lightguns into the P.O.W. manual, funnily enough, it’s both incorrect and a bit too much “soap opera” but it’s a good read and from an era of opportunity. 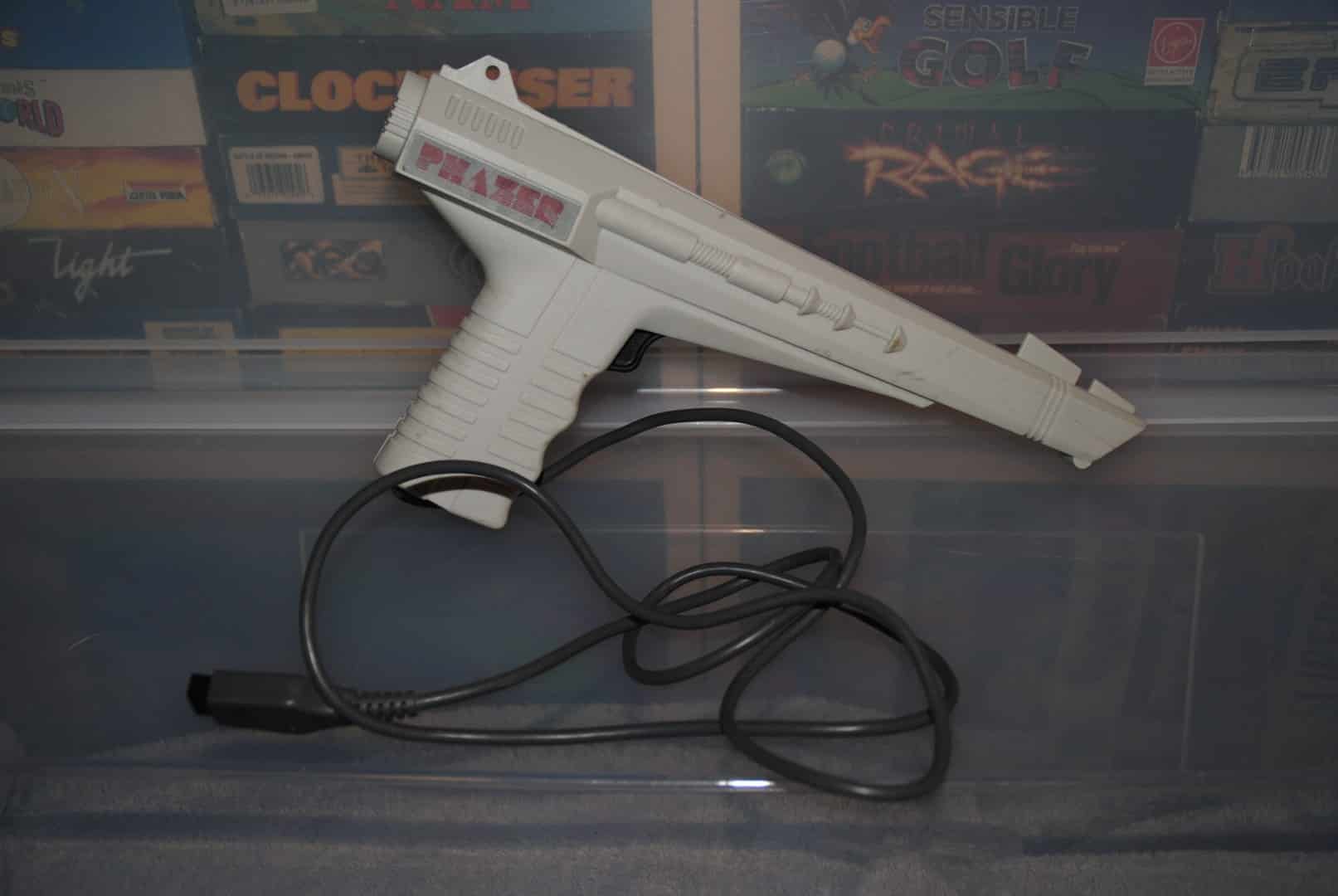 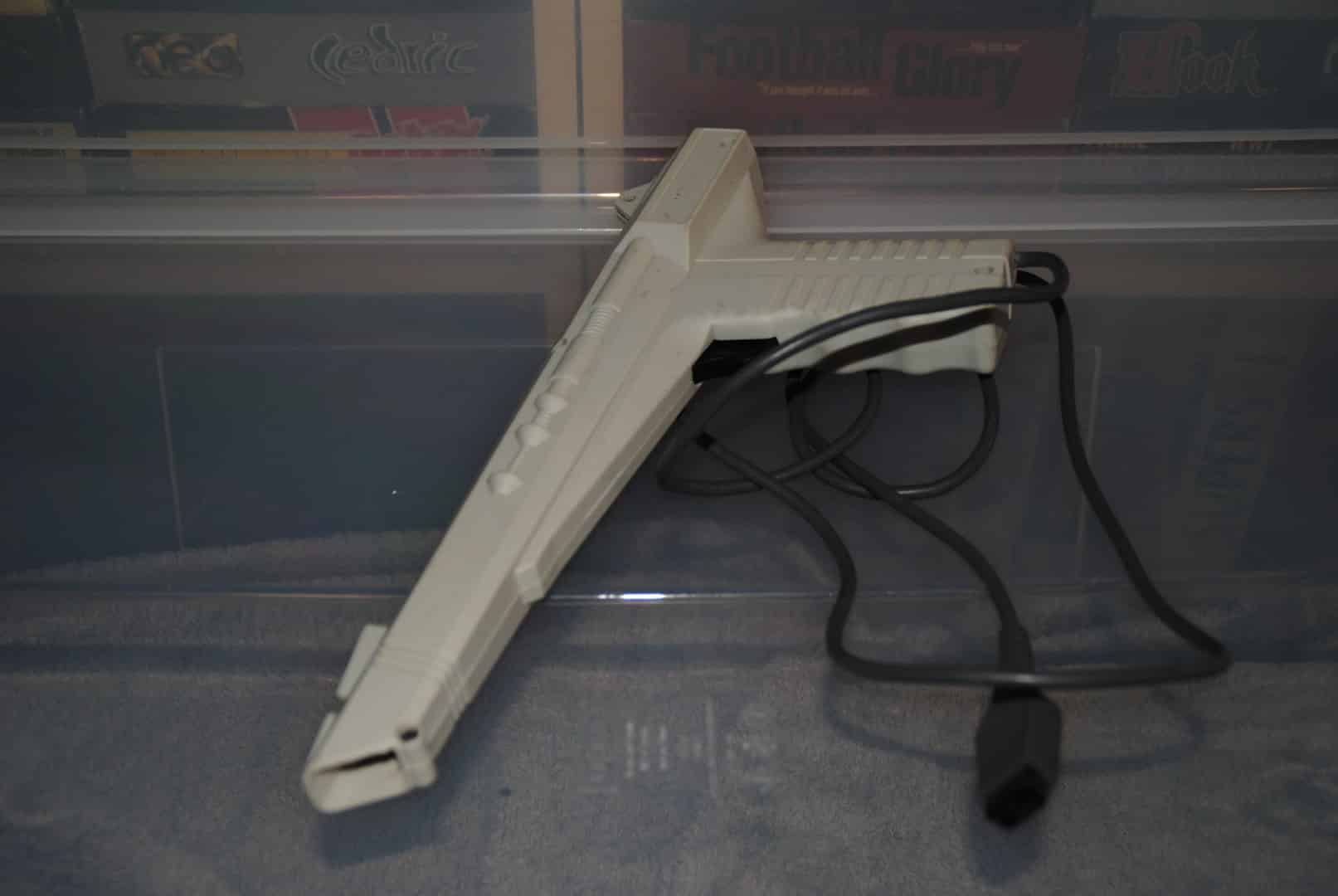 Ugly as Fuck and even worse to hold the Trojan Phazer was certainly not what i would want to call a pleasure to use but by no means as bad as that Driving/steering wheel from the same time period (anyone remember that?..i threw mine in a dumpster…i regret it now but…).. 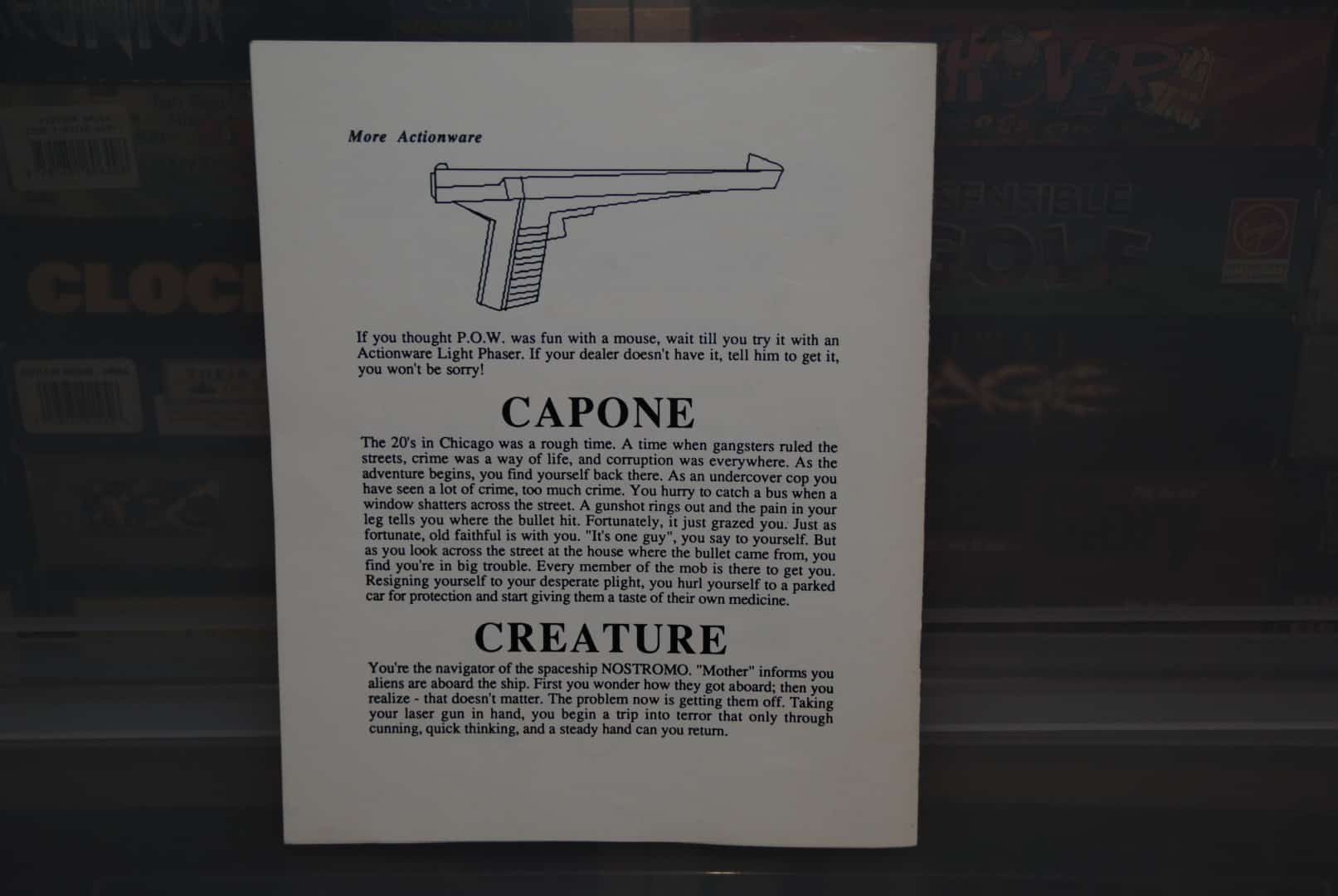 In many of the game boxes there was listed games which supported the Lightgun and that was a good idea as even i who is pretty much one of the most elite Amiga gamers/collectors out there struggled to find games to play with the gun… anyway it’s all good now as i made a list some years back and gave it to Hall Of Light and other sites (lemon?) too but just to make it easier i will give you a small one now..

I dug up these Lightgun games last night, i have many more but …you guys know how big my collection is so bear with me here…for now.

Games that i know supports Lightgun(s): 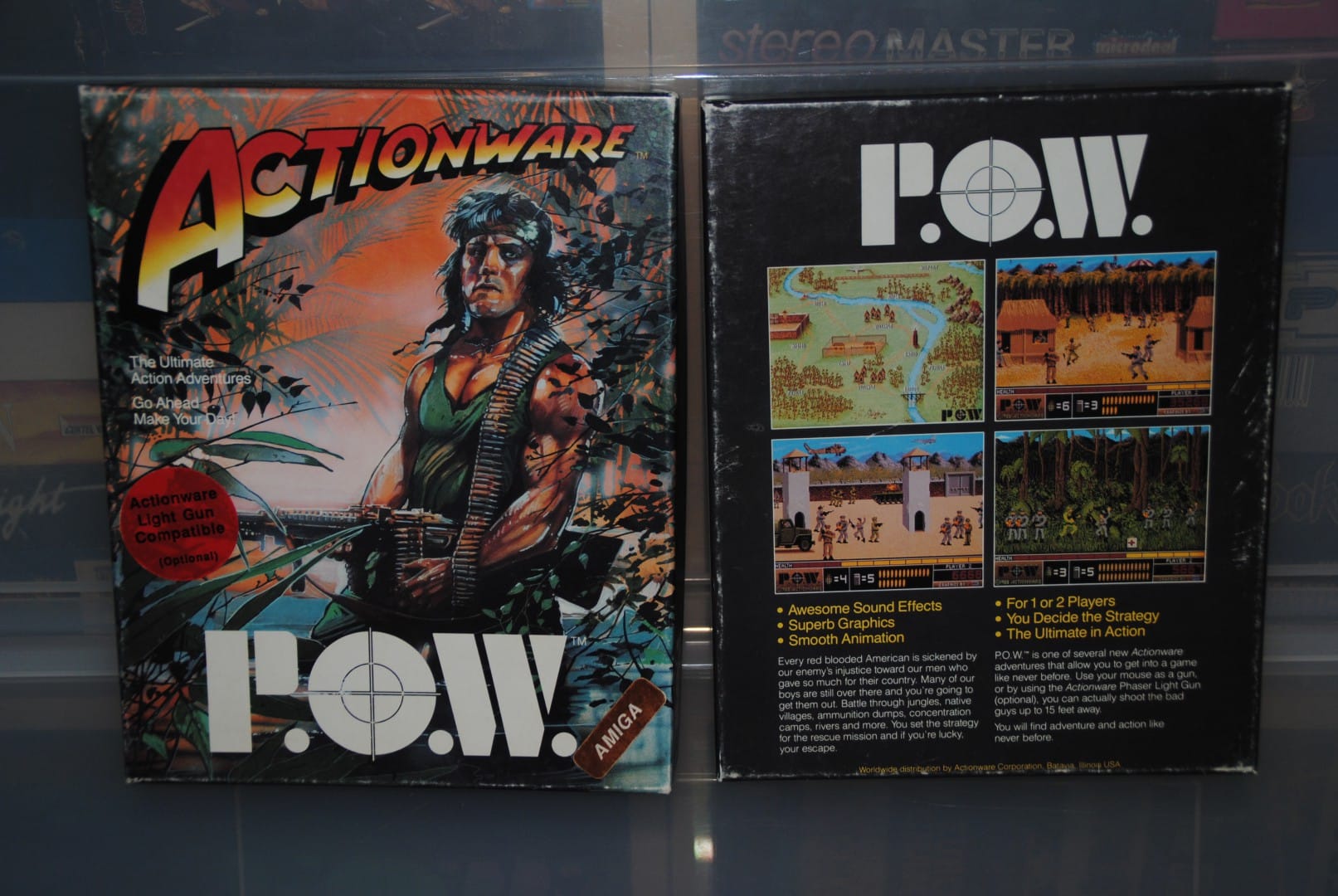 Sadly i don’t remember if games like Line Of Fire, Space Gun, Beast Busters etc works with the lightgun but i guess i should try the games again and check.

1 thought on “Lightguns Ahead – Trojan Phazer Lightgun For The Amiga”