How many times have you guys heard something like that?
How many times have you wondered if that statement was true or it just was a problem of oversized … ego?
Do sizes really matter?
Maybe it’s because I’m getting old and I cannot carry bulky stuff, but I believe sizes don’t make the difference. Small is fine if it’s cute and you can find a proper place for it.

Now, before someone out there closes this blog, ranking it for adults only, I must say out loud that I am referring to video games and Limited Edition gadgets.

As a matter of fact, these thoughts came to me all of a sudden a few days ago, while I was trying to fit Batman: Arkham Knight LE on the shelf where I keep all my figurines.
This shelf holds many things, from robots (mainly Go Nagai stuff) to starships (Star Wars X-Wing, Space 1999 Eagle Transporter and Battlestar Galactica MK1 Viper) to videogames themed action figures. 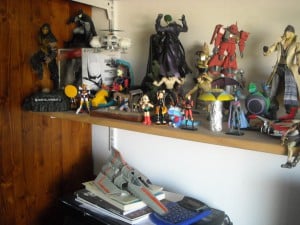 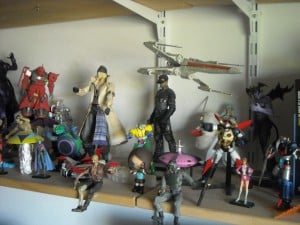 It was while I was wiping off some dust from  Scorpion vs Sub-Zero” diorama (Mortal Kombat 9) that I realized how big it seemed to me when I got it four years ago, and how small it instead is when compared to Scorpion from MK X (which, in turn, is actually even bigger than the already huge Injustice LE figurine). 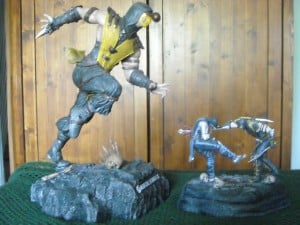 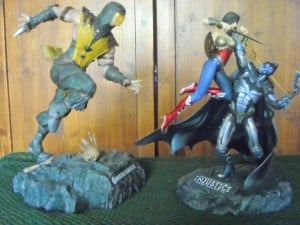 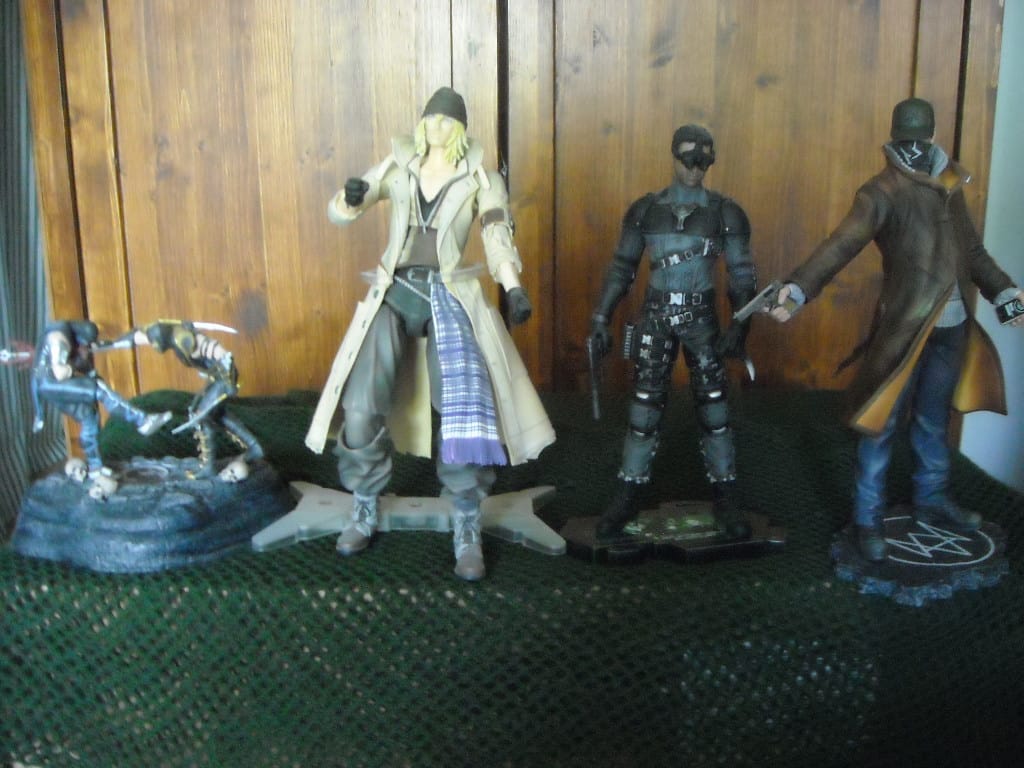 Despite this evidence, it was only when I moved to the Batman series that I realized I probably got enough of this stuff!
If the gadget from Arkham City was just a fine gem, the one found inside Origins (albeit a true masterpiece) was starting to get too much in the way. 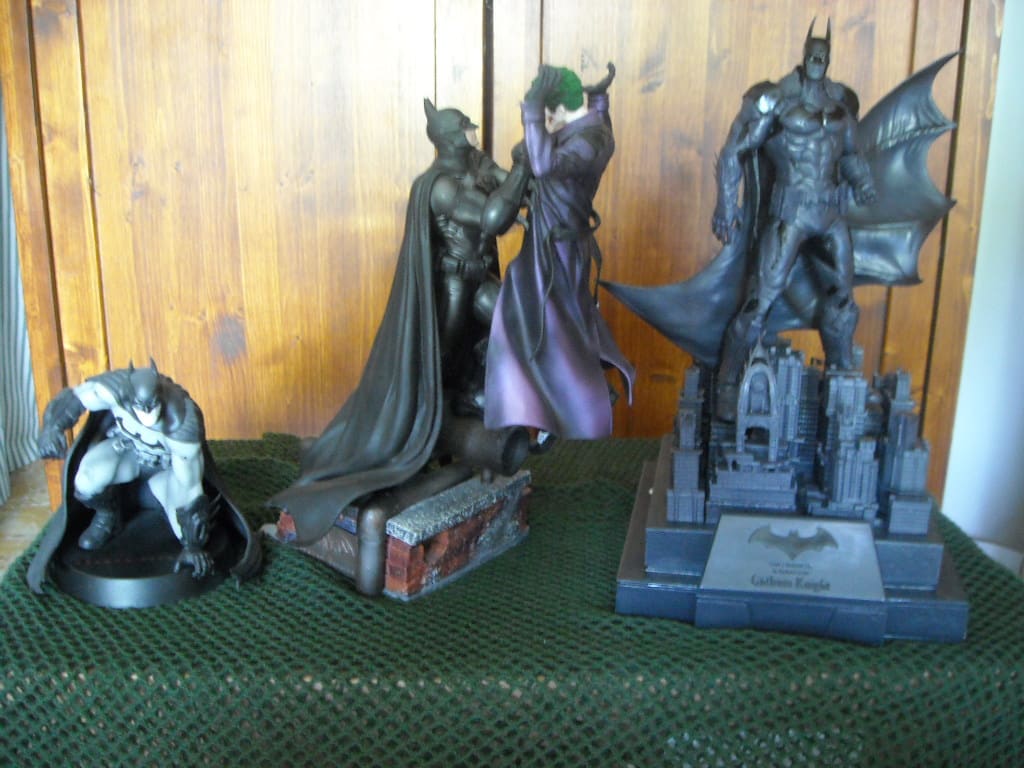 So where is the problem, you may ask?

Here it is! This thing is so BIG that you could fit it in the main square in your hometown!
Or, since it has lights, you could put it on a cliff before the sea and use it as a lighthouse!
I actually considered putting it on my nightstand and using it as a lamp, but I fear it may just crash its legs.

If you don’t believe me, just see by yourself! 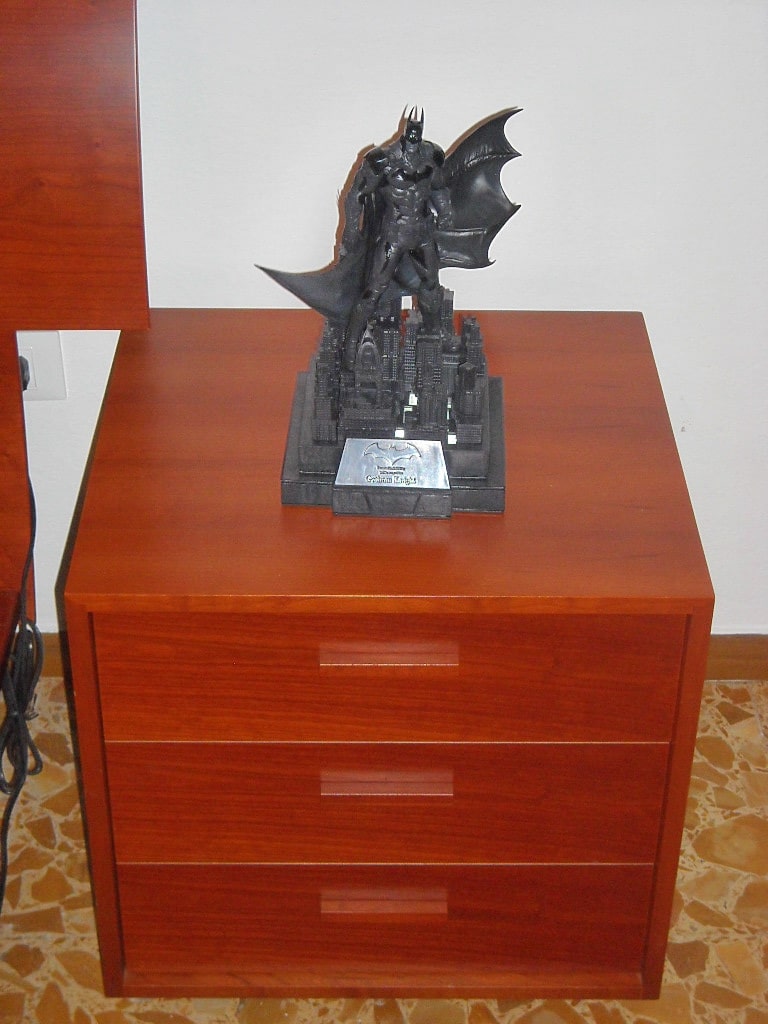 9 thoughts on “Mine Is Bigger Than Yours! – Collectibles”