Just because I’m still “held hostage” (not!) by my in-laws, it doesn’t mean I don’t have anything to report on this blog. As you may have noticed, this article is filed under “Nintendo”, but the reasons why I decided to write about this game are the following:

1. the game is available for PS Vita;
2. this is a rare example of “visual novel” ported to the western market;
3. this game ROCKS!

For those of you not acquainted with this genre, let’s just say that:
A visual novel is an interactive fiction game, featuring mostly static graphics, most often using anime-style art or occasionally live-action stills (and sometimes video footage). As the name might suggest, they resemble mixed-media novels. In Japanese terminology, a distinction is often made between visual novels proper (abbreviated NVL), which consist predominantly of narration and have very few interactive elements, and adventure games (abbreviated AVG or ADV), which may incorporate problem-solving and other types of gameplay ….. Visual novels are rarely produced for video game consoles, but the more popular games have occasionally been ported to such systems.
[source wikipedia.org]

Virtue’s Last Reward is the second in the Zero Escape series, being a direct sequel to the first, 999: Nine Hours, Nine Persons, Nine Doors (only available for Nintendo DS). It features a distinctive anime style and is based on a series of puzzles which the player will have to face in a first-person view. 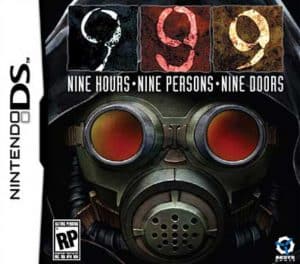 I don’t know what it is, but this game really got me addicted to it, to the point which I’m really considering to buy a Vita to play it.
[hmm, on a second thought, I better wait for a PS4 bundle … 🙂 ]

As far as the story goes, the main plot sees you and your “inmates” trapped inside a warehouse. Why you are there and who are your mates is not for you to know, but you either have to ally with some of them (or betray them) in order to form groups of people which will try to seek a way out. 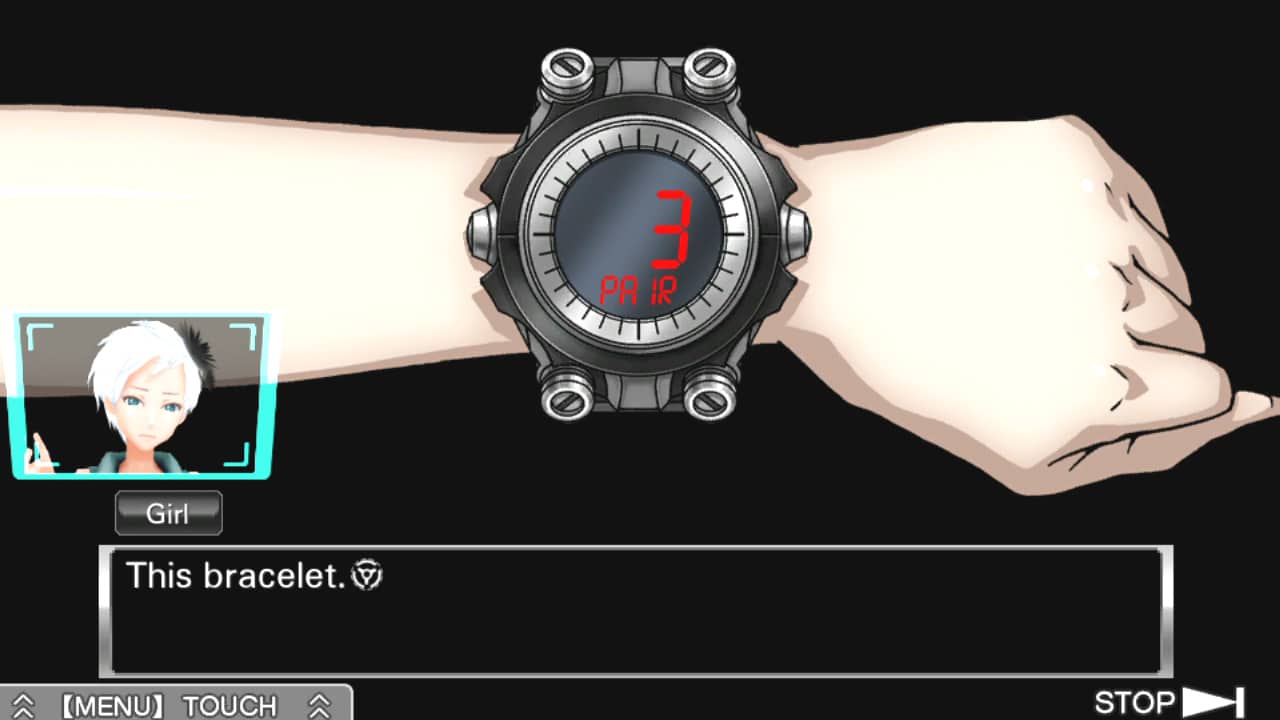 Every one of you wears a bracelet showing a certain number of points. Succeeding in your quests will give you more points while failing will decrease your “account”. If you reach 9 you will be able to escape; if the counter reaches 0, well…

From a technical point of view, the story resembles pretty closely Agatha Christie’s masterpieces, like “Ten Little Indians”, and it looks like it has a very high replay value since it features multiple ending which the authors count in the number of 23.
The nice thing is that tragedy and lighter moments seem to be very well balanced, as you can see in the next few screenshots: 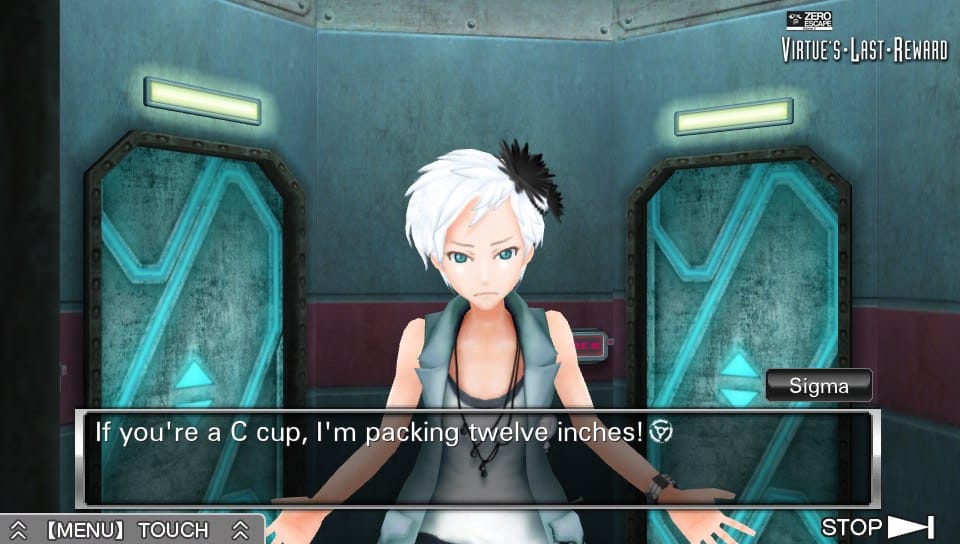 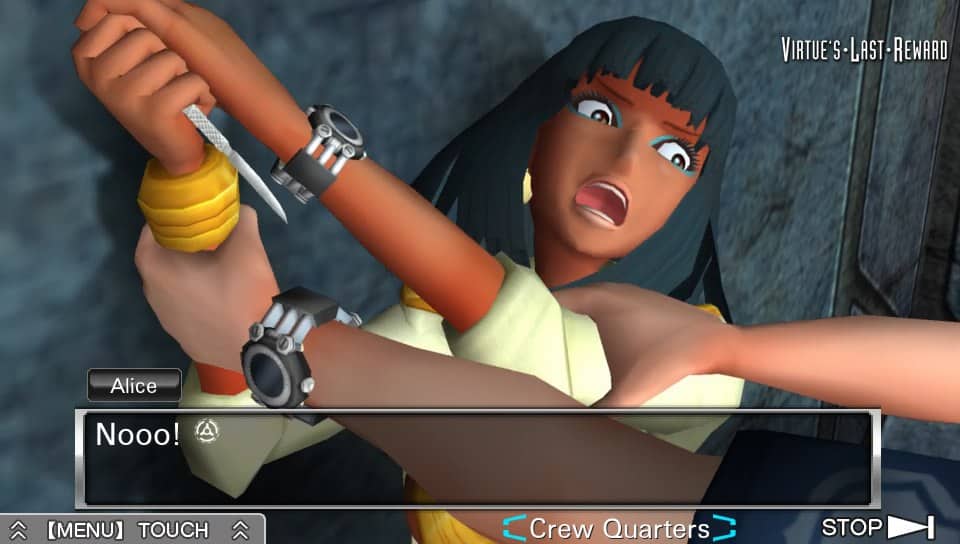 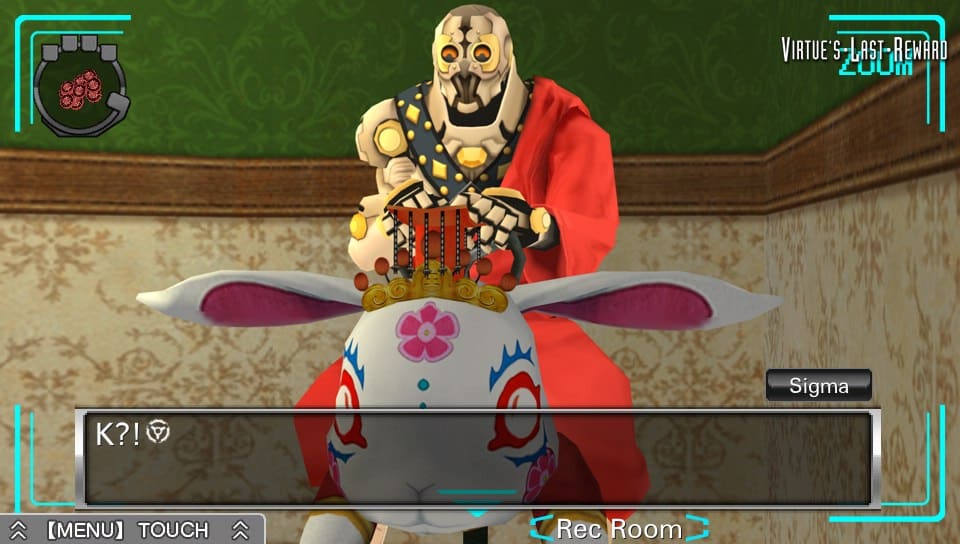 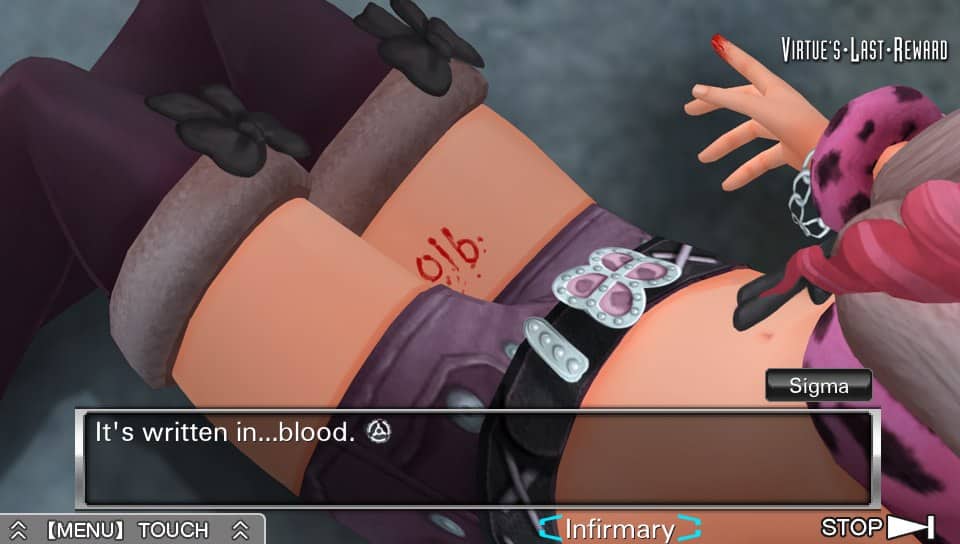 As said, I only played the demo downloaded from the Nintendo Store but, as far as I know, the same demo is available for PS Vita on PS Store. I strongly suggest you give it a try. Since “Visual Novels” are neither known nor appreciated in this part of the world, the game itself might not be for every one of us, yet the demo is the perfect demonstration that THERE IS life beyond the usual, overemphasized, tiring and stale FPS, shoot ’em up, beat ’em up and football games (no more FIFA’s, please!). 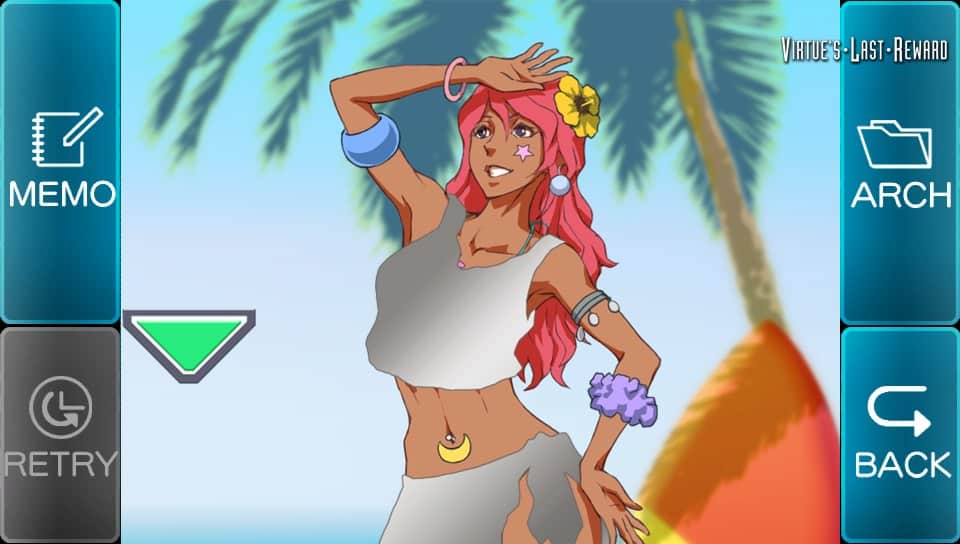 One of the many, many puzzles… 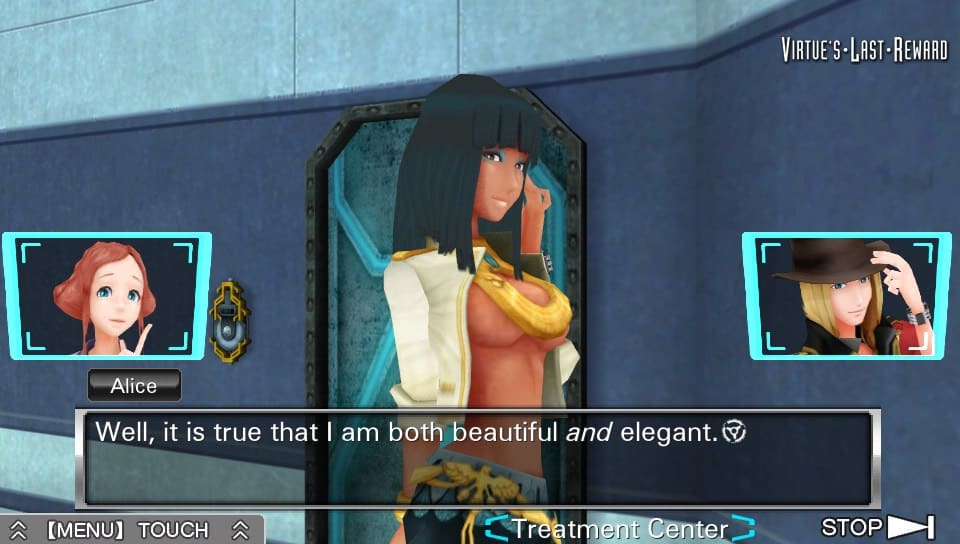 As a matter of fact, I did buy this game (and the Vita) a few months after writing this post. I played this game to its very end and I got a Platinum on it. I consider it a masterpiece and the reason I’m updating this post now is that I recently bought it’s the latest installment, called Zero Time Dilemma, and platted it as well. Zero Time Dilemma is the last game of the trilogy and better explains a few obscure points of its predecessors. The article is due soon. 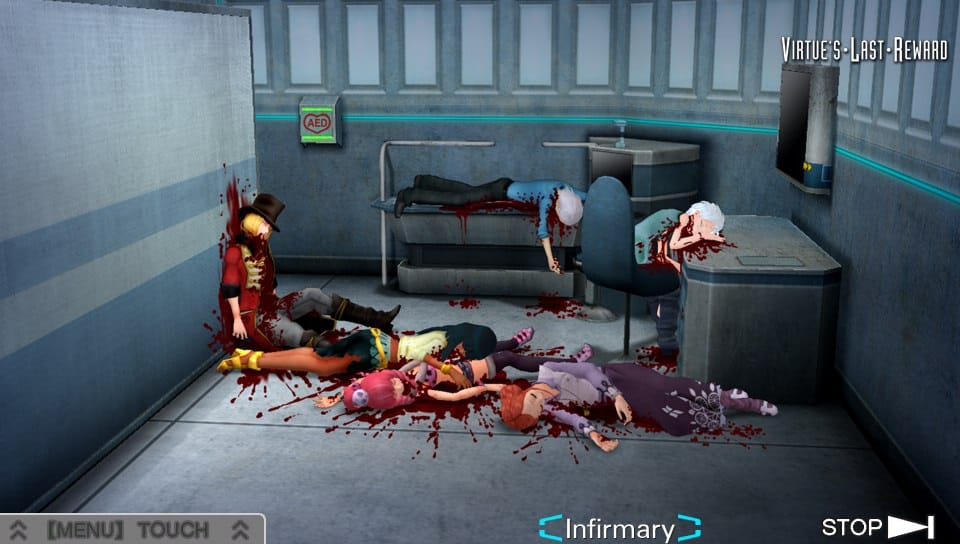 Will, it really end like this, or is it a different timeline? Play and find out.

Follow Us... Inspire Us To Get Better... Keep The Flame Alive
Christmas Gift Nr.1 – Putty Squad The Memorable PS3 Games Of 2013