Gold Rush! Was released back in 1989 to much fanfare but like with several other good Sierra games at the time it simply didn’t get the recognition that it deserved thanks to a bunch of killer apps ( games ) released at the same time.

So, it was a given that a remake would happen one day I guess…

Gold Rush! Classic came out a few months ago and for some strange reason, a very silently release without any fanfare at all. 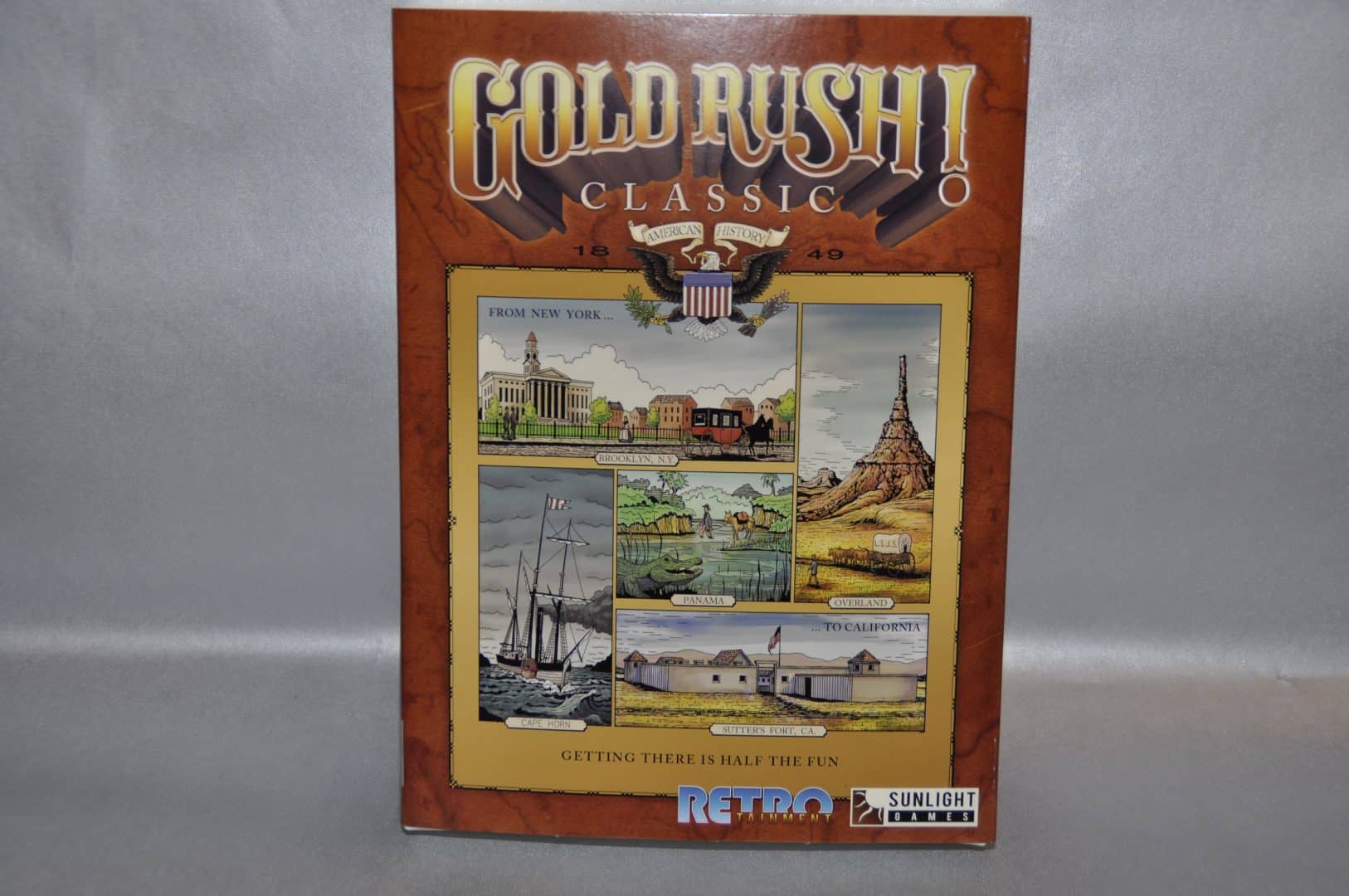 The lovely box from the original game has been replaced with a rather strange redesign which works rather well without saying too much about the actual game at all. 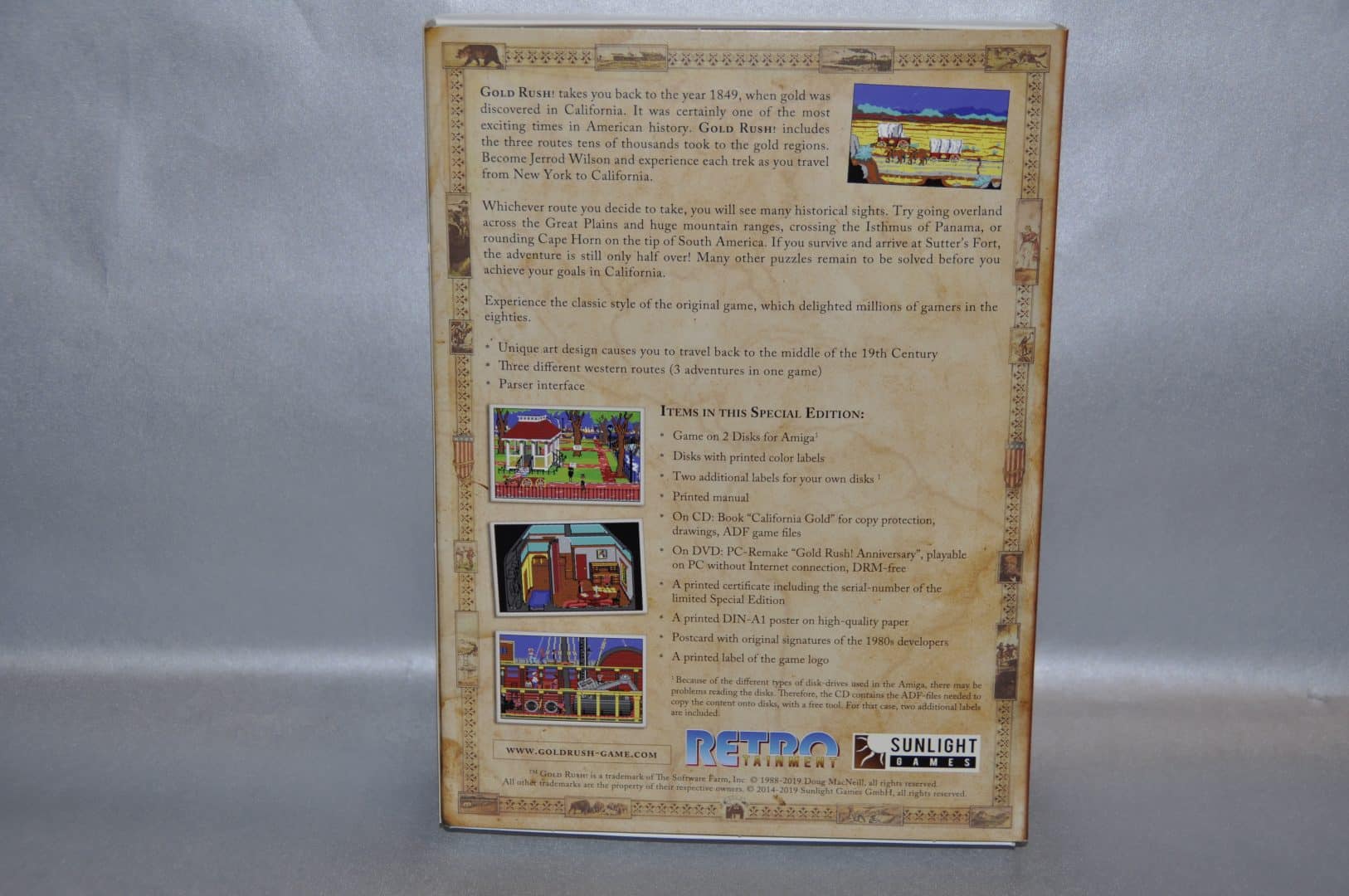 The back of the box though is more in style of the original design and a real pleasure to look at.

The downside though is that this also shows how old and ugly the game has got over last few decades, but then again this game was always more about the story and gameplay than how it looks and sounds. 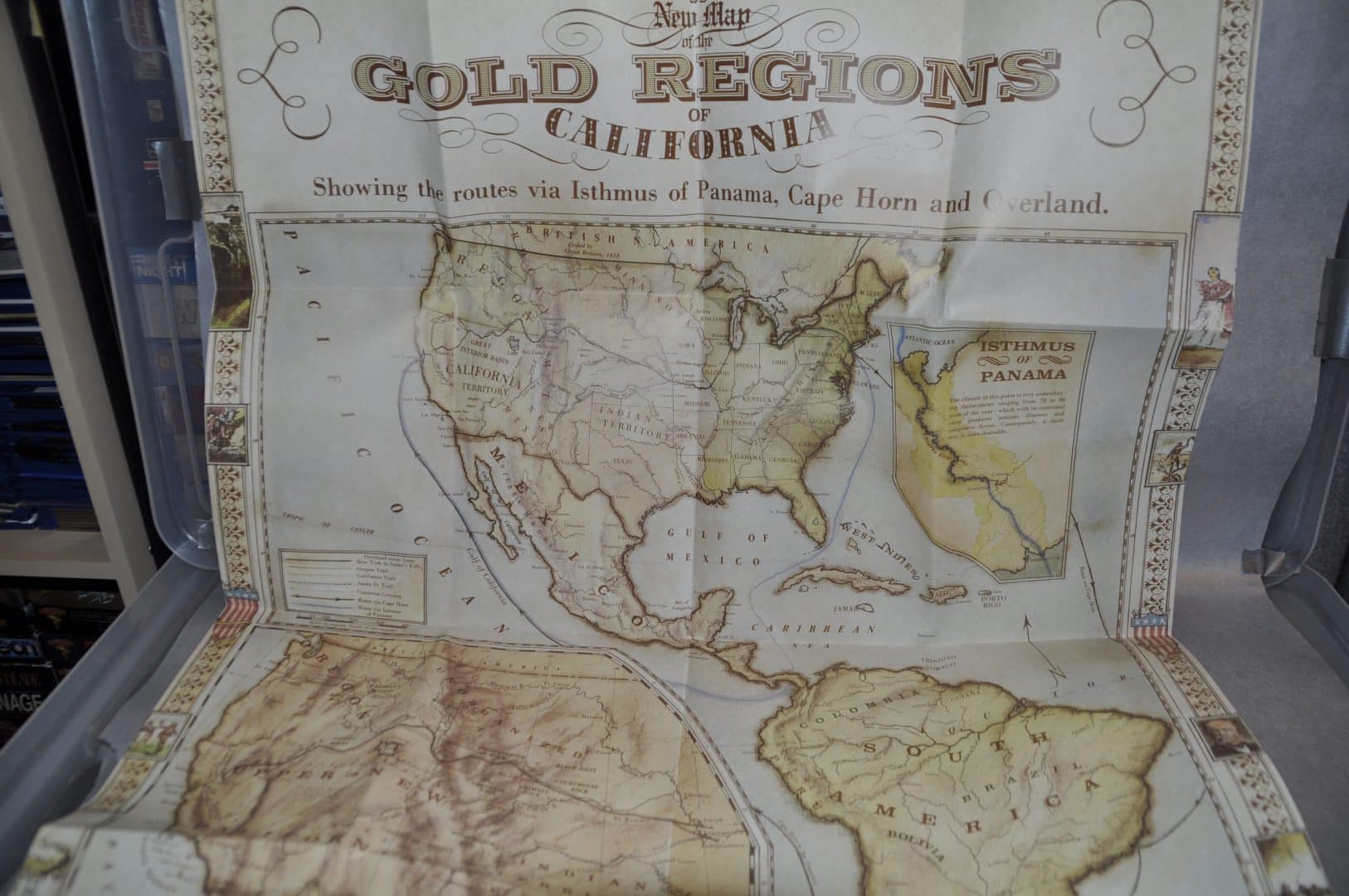 There’s a huge (seriously huge) map included in the box too, it ain’t something that I would put up on the wall back in the 80s and still ain’t now but yes it does look awesome and pretty cool that they included it in the box. 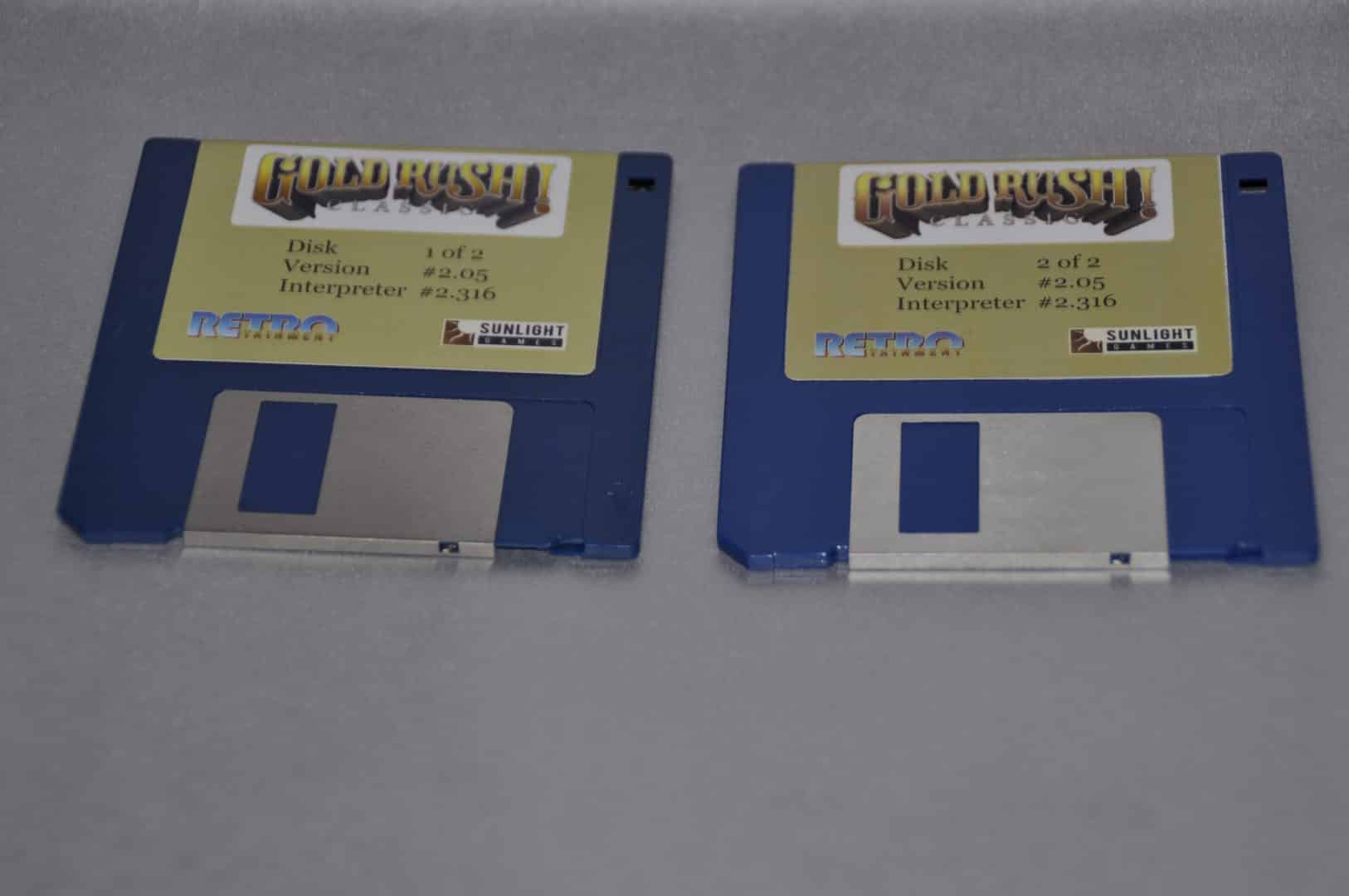 One of the most asked questions I get regarding this game is… is the Amiga version actually inside the box?

The Amiga version that is included in this box is not the 2014 remake though, it is the original 1989 game. 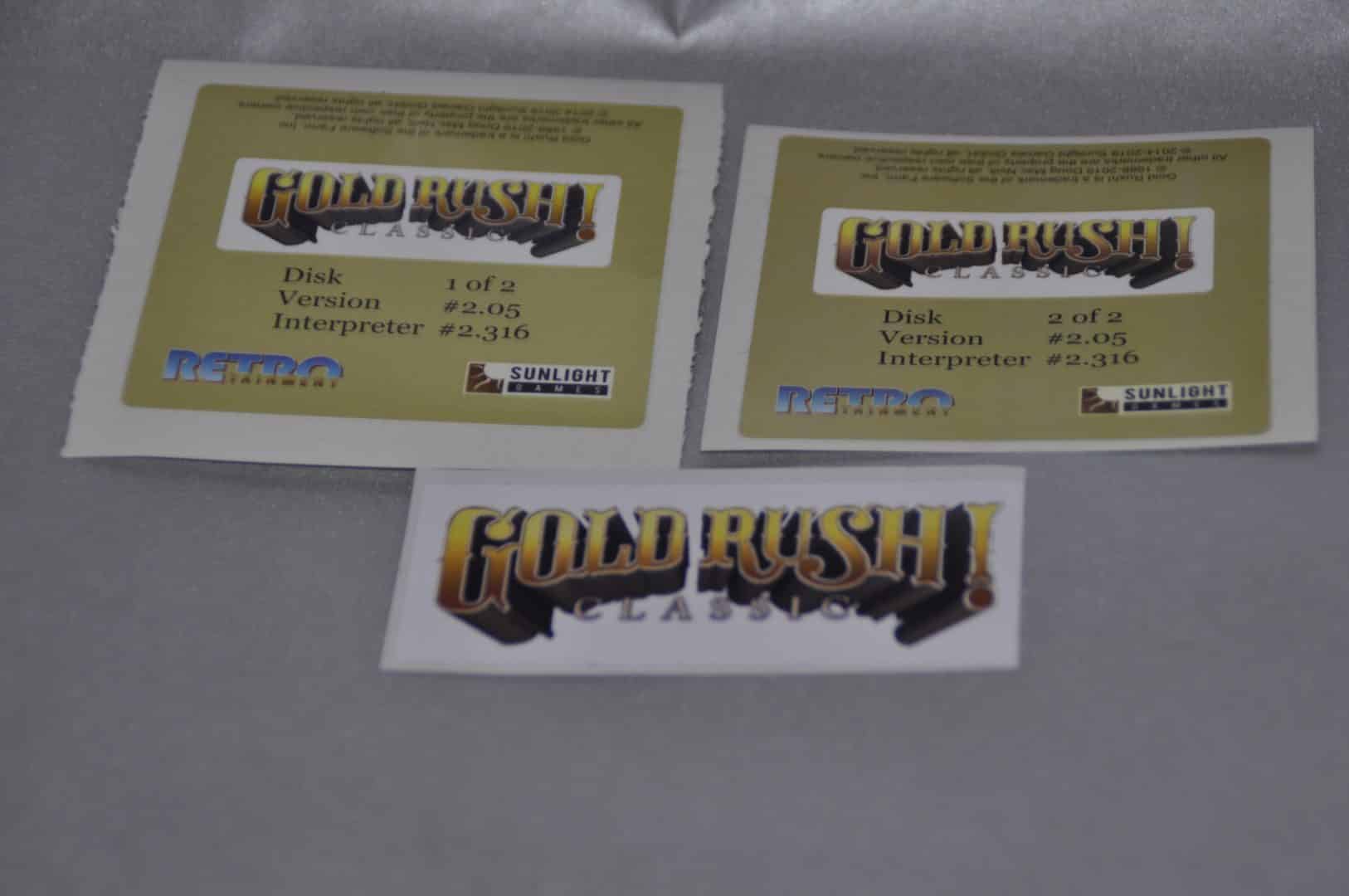 Some extra disk labels come with the box too,  the bottom one is just a logo label which you can put where ever you want but if you’re like me then it will stay in the box for the next few decades. 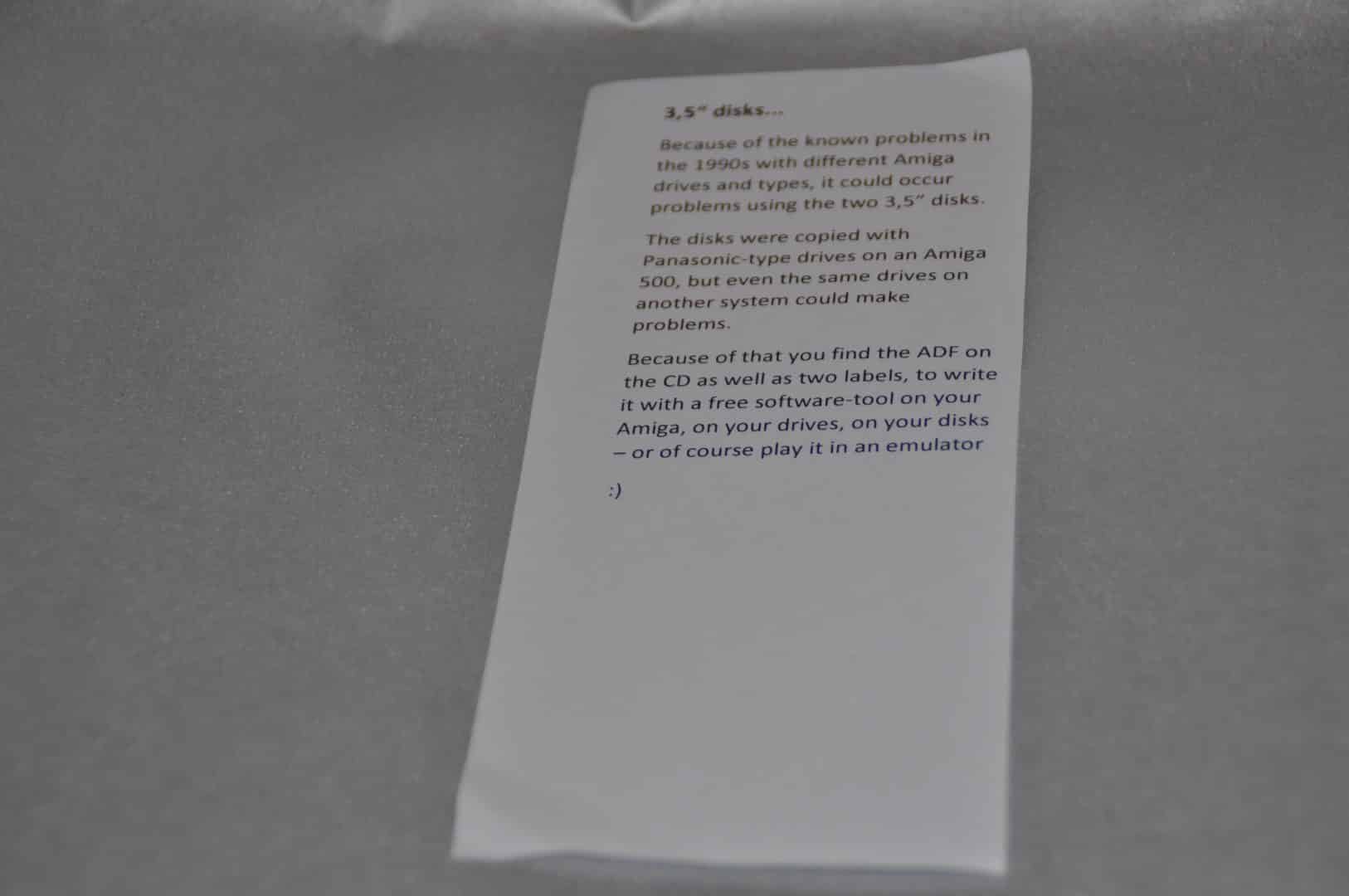 A small note is included which describes the commonly known problem of Amiga disk drives and its incompatibility issues and if you got problems reading the disks then you can write your own by using the ADF files included on the GOLD RUSH! Classic CD. 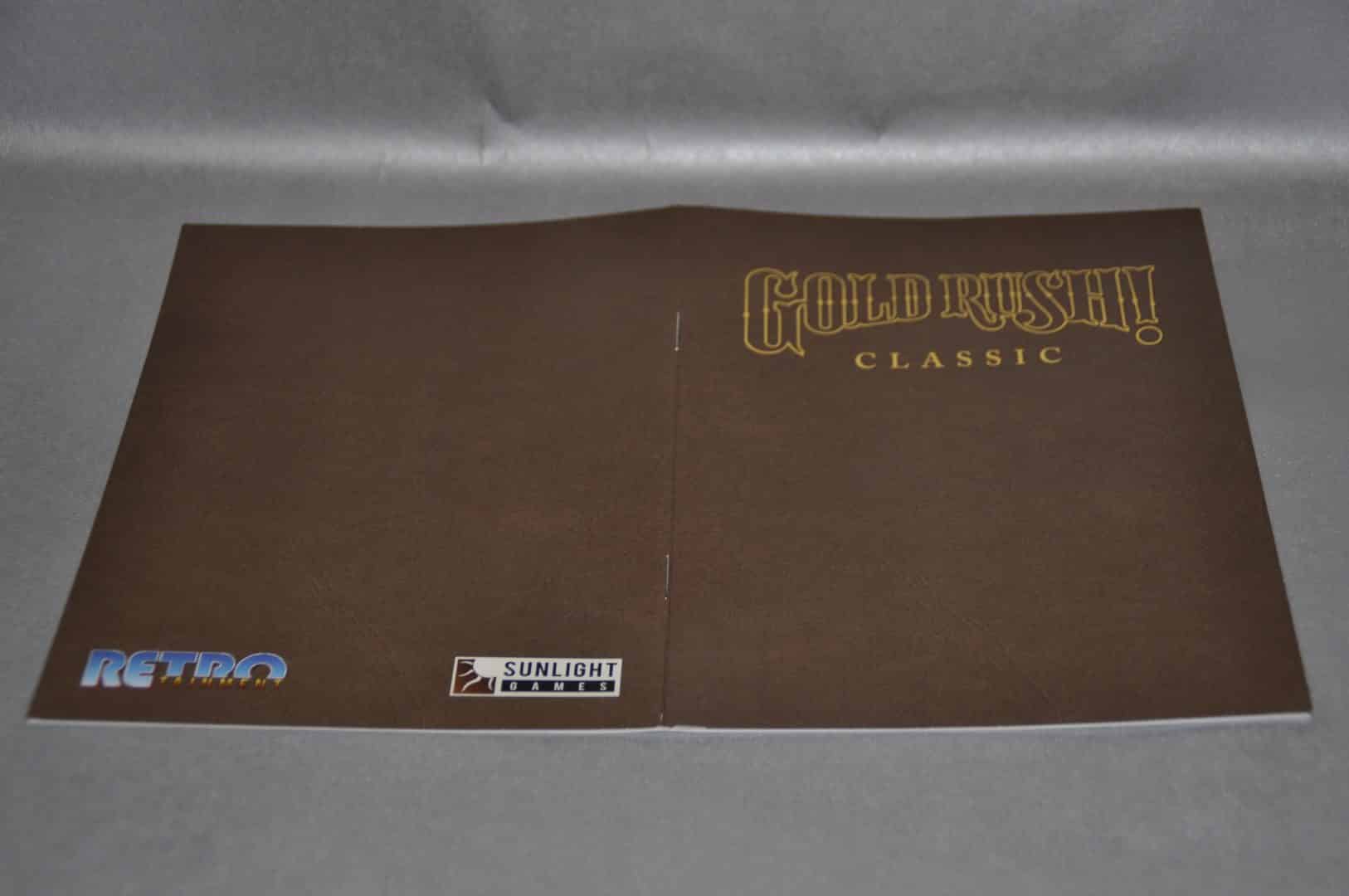 A rather nice manual is also inside the box but to those who had the original game from back in the day, you will notice that the Calfornia Gold book ain’t in here but fear not as it is included in PDF format on the GOLD RUSH! CLASSIC CD.

Not all that many pages but it is in colours and the print quality is pretty good. 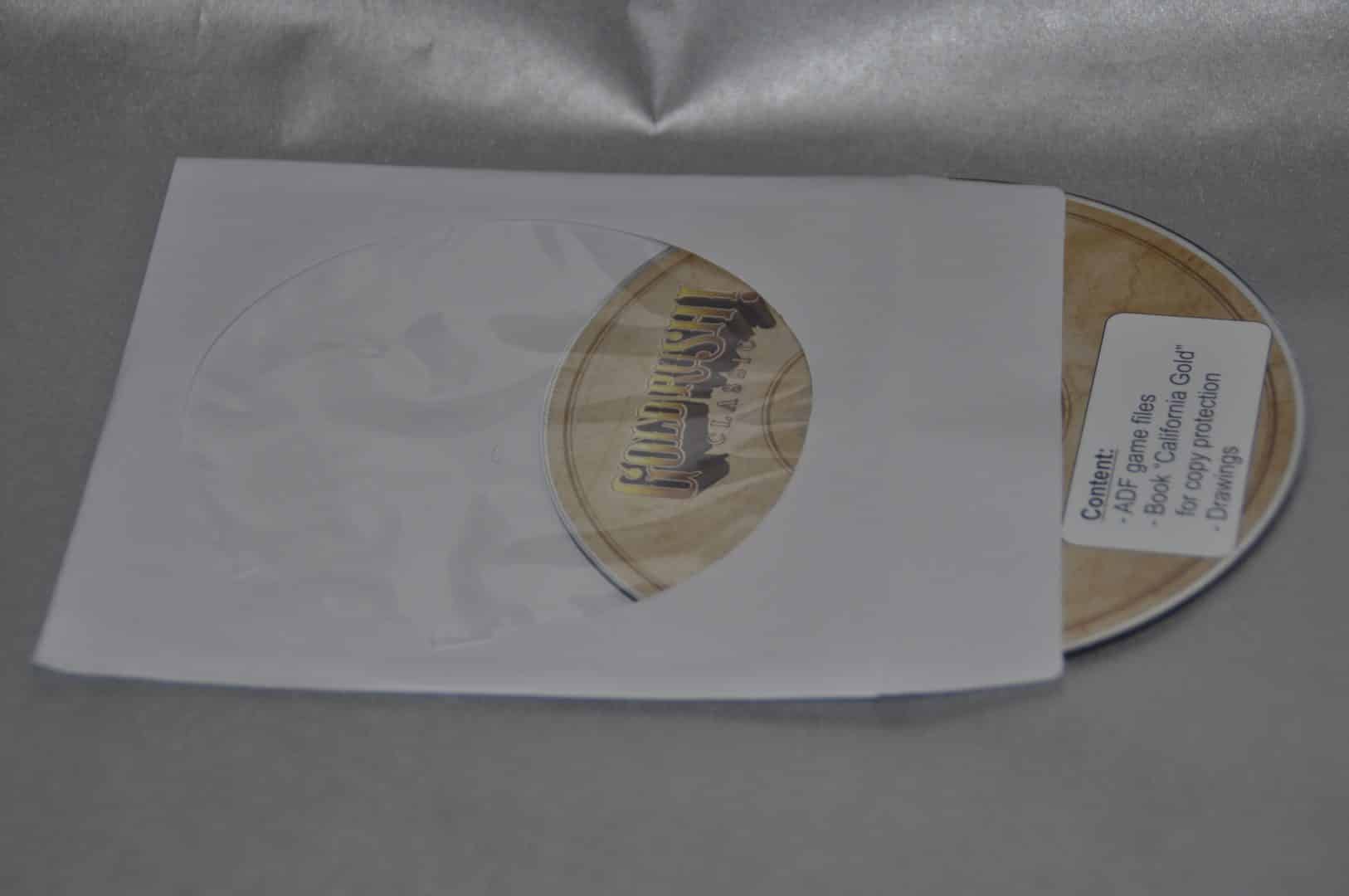 Here is the first of two CD’s included in the box and this one is the GOLD RUSH! Classic CD that I mentioned a bit earlier and this is the one that Amiga owners should focus on, the California Gold book (with copy protection related stuff) is most likely the only one you will use a bit unless you want to play the game UAE as then you will need the ADF files included.

There are a few other things included on the CD too but nothing spectacular. 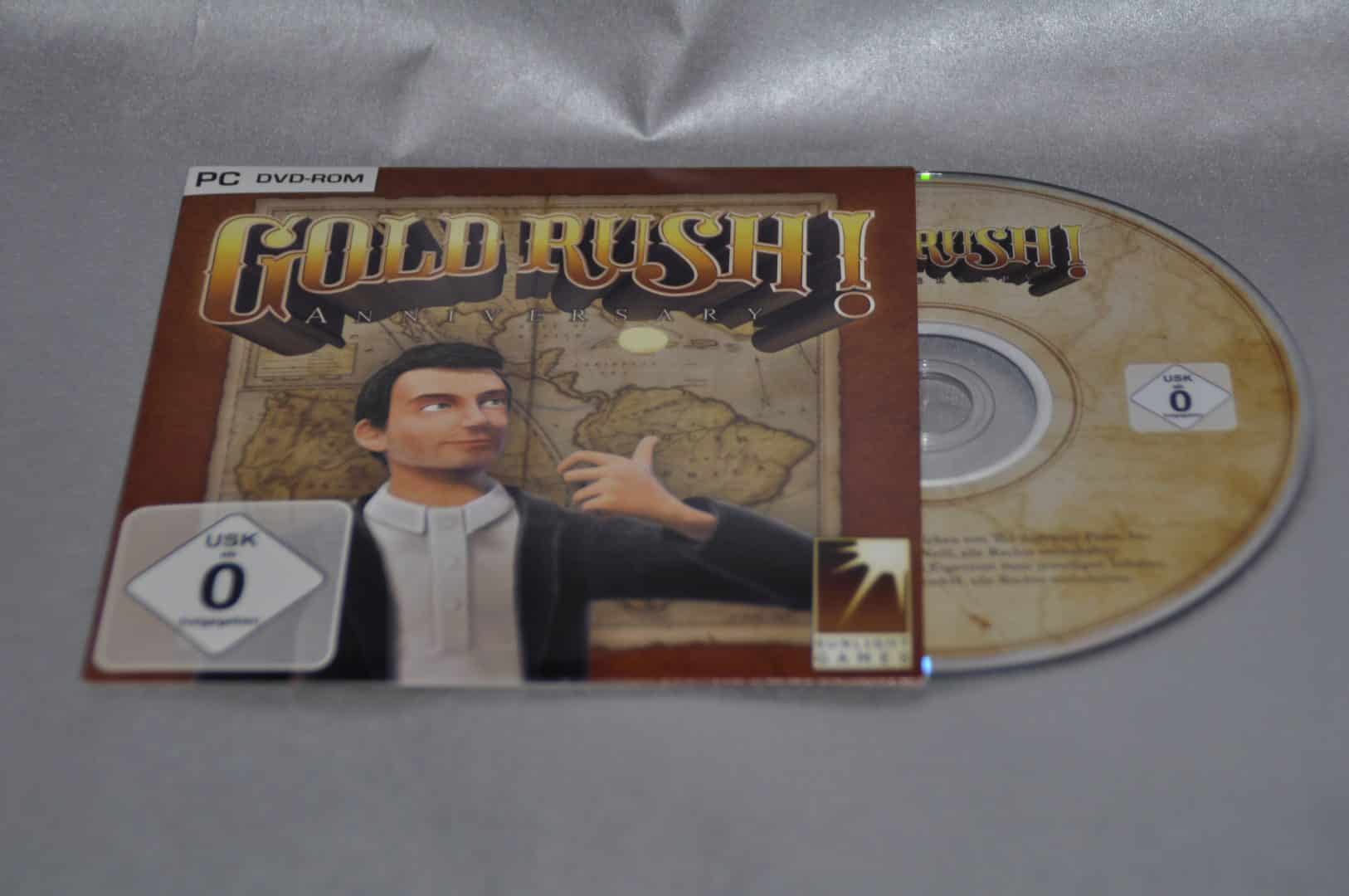 This is the second CD in the box, well this is actually a DVD and it is the  Gold Rush! anniversary version which is actually a full-blown remake of the game which sadly is for PC only which means I won’t ever try that unless it gets added to SCUMMVM or whatever in the future.

This game was first released in 2014. 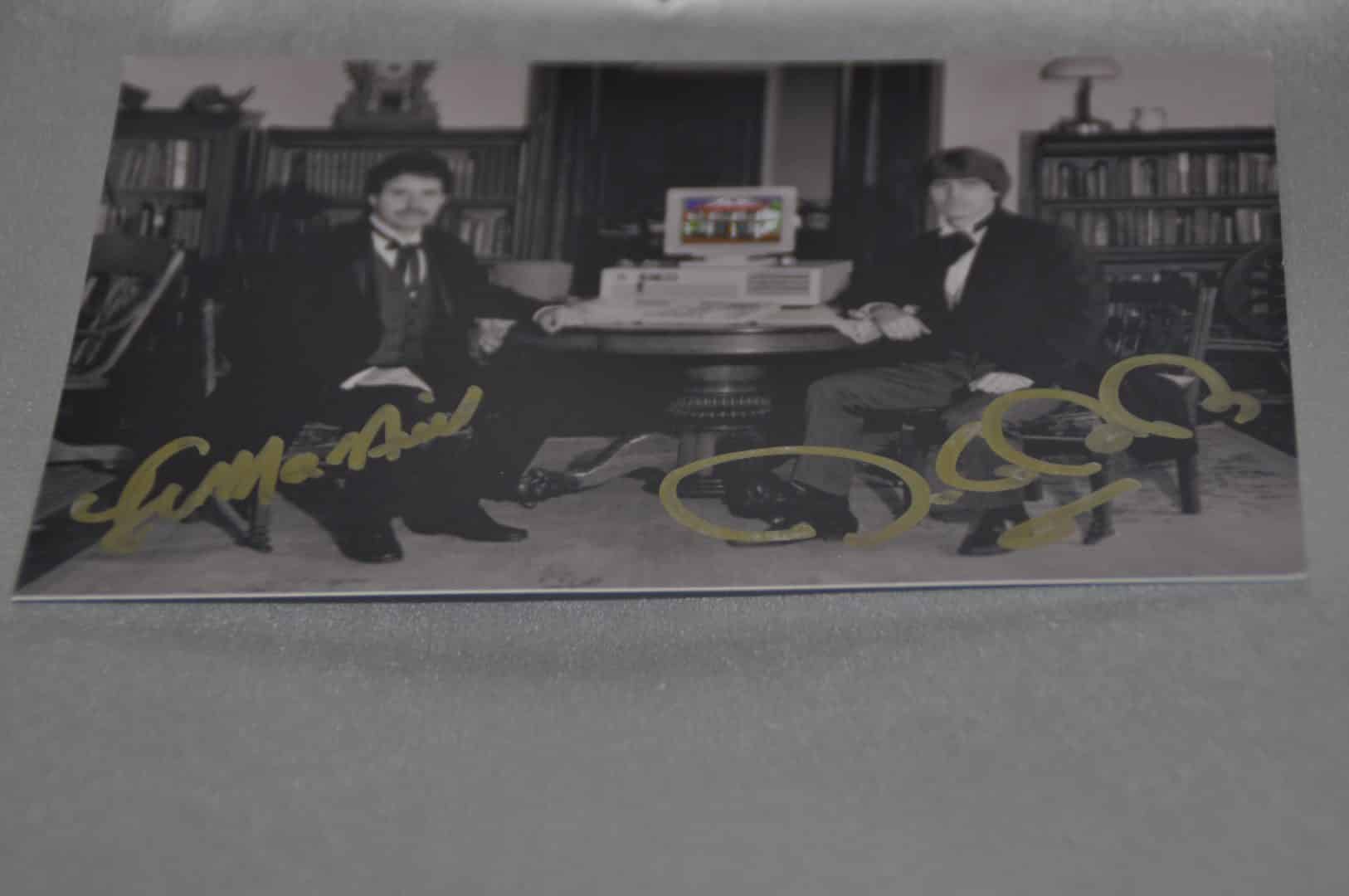 Here are the original developers of the game. grey photo with coloured screen and everything. That PC there looks absolutely horrible and just think what these guys could have pulled through if they had used an Amiga for developing the game 😉

Jokes aside, cool collectable item and a nice gesture by the original devs. 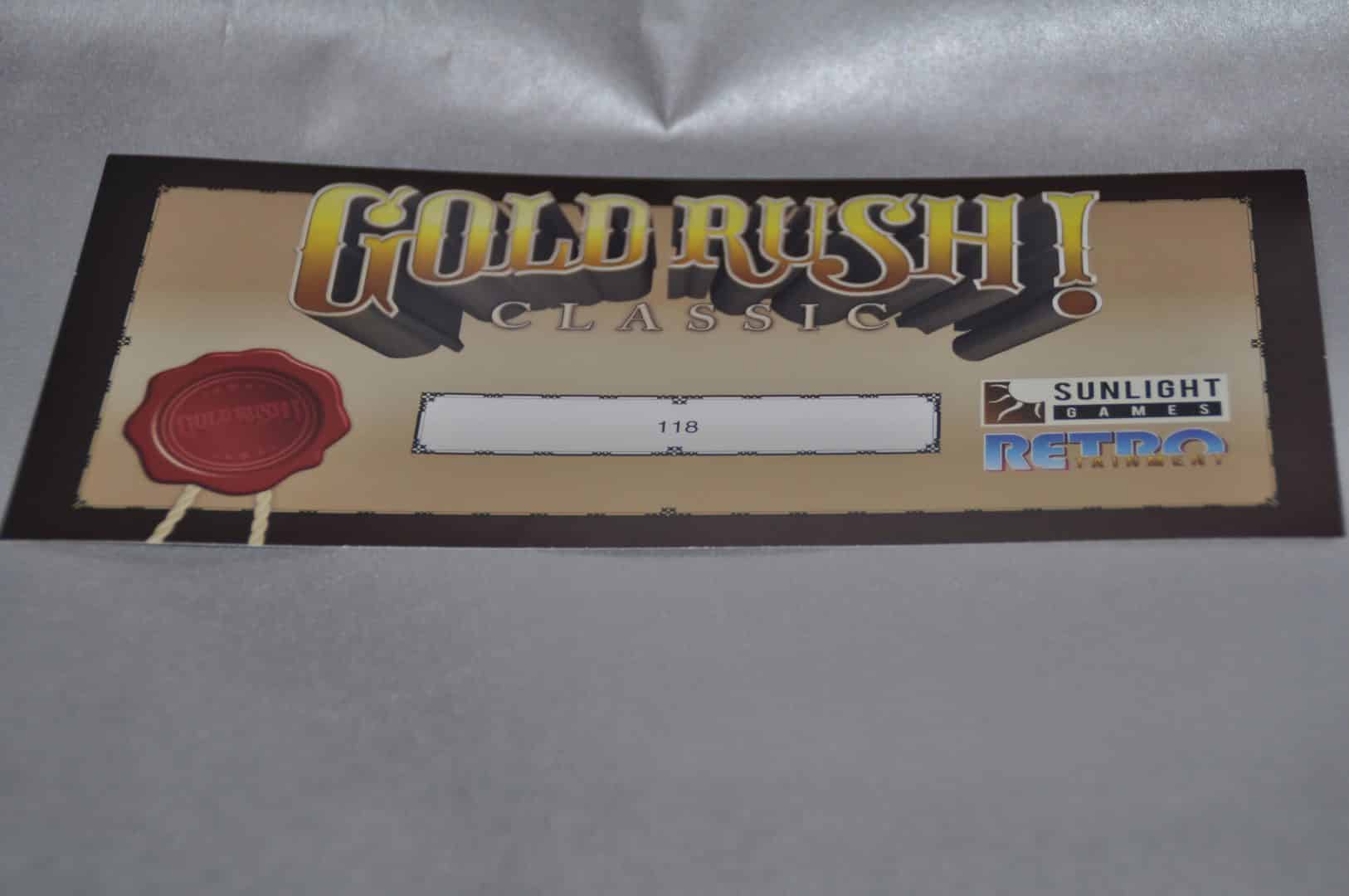 This is my certificate,118 copies don’t sound too much now does it?

Well, think about it, not a lot of people will buy the box for a re-release of an old Amiga game with no changes what so ever to it but then again I can’t say that I have seen a lot of advertising about it either.

I bet the digital sales for the PC version is much higher tho. 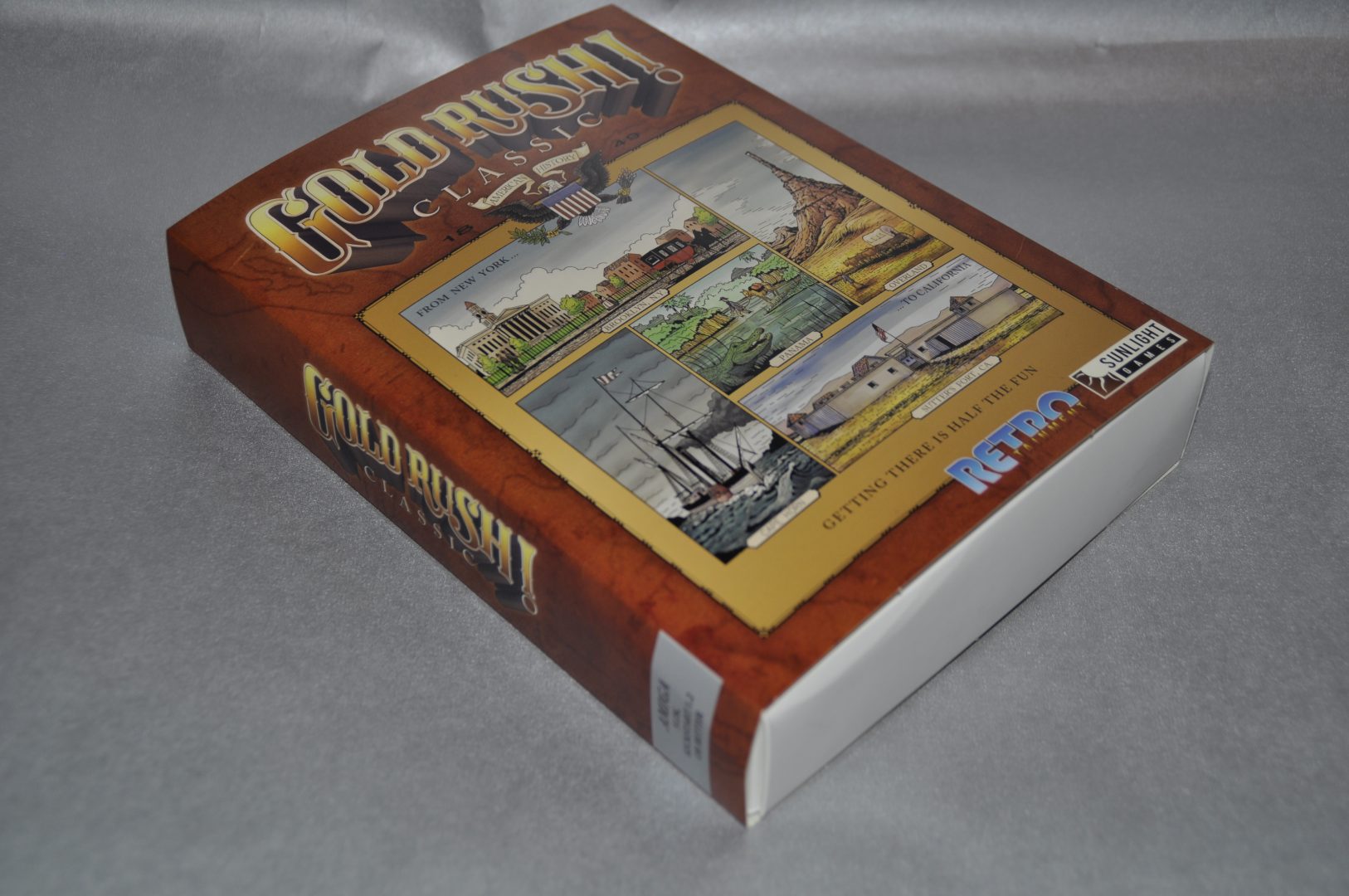 I like the box, the colours and text and while it is a bit soft for my likings the actual cardboard feels right and looks great.

Having this on the shelf next to the original certainly made me smile. 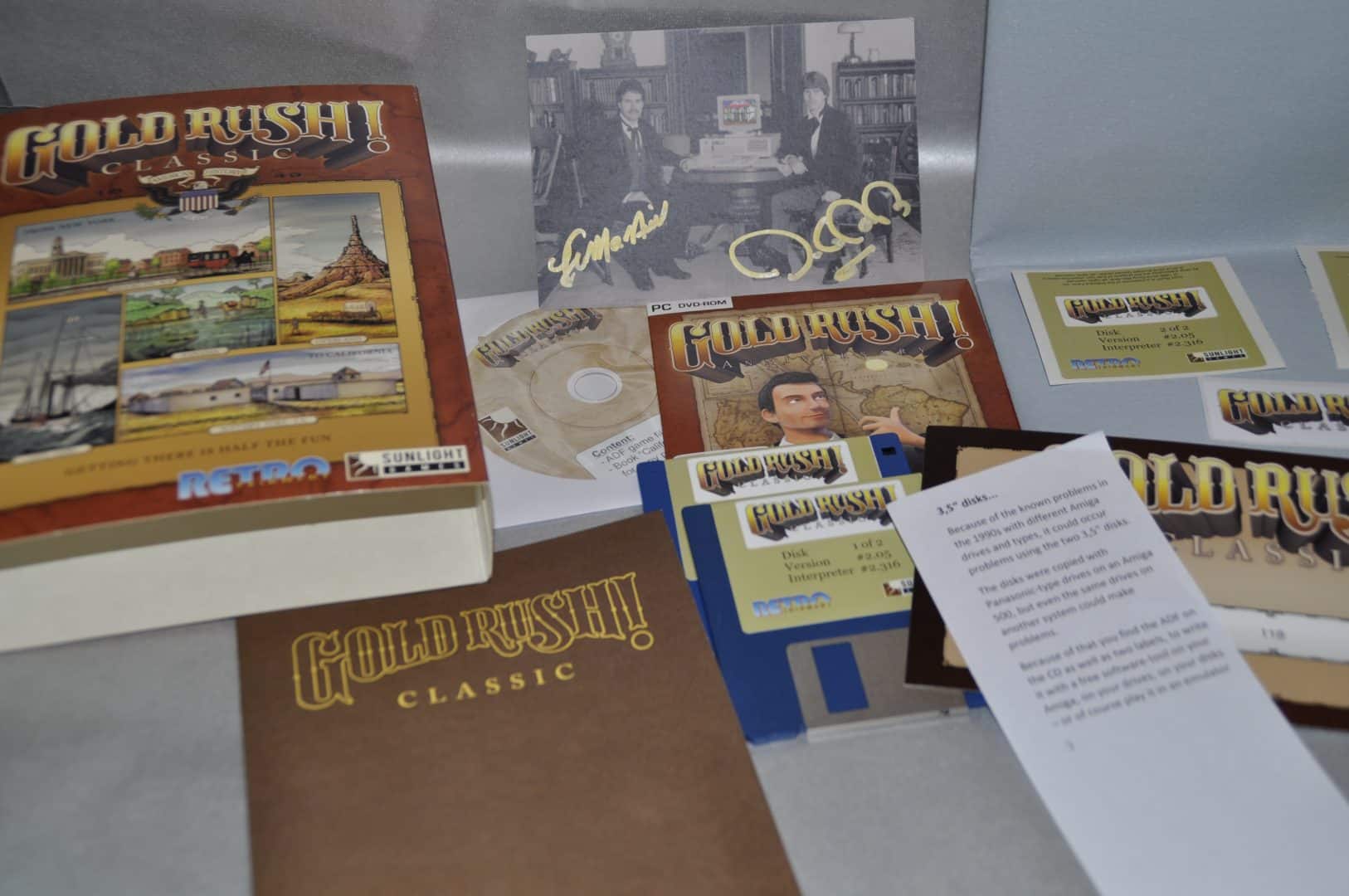 This is all the stuff that comes with this Special Edition box of GOLD RUSH! Classic and from a collectors point of view I can say with ease that it is worth the asking price of 25 Euros but to those of you out there that just want the game then the price is a bit stiff and not really worth it. The actual box and all the stuff in the box is great but I am somewhat miffed that the Amiga version ain’t freshened up or anything like that, touched up graphically would have been a nice upgrade and that goes for the sound too, not much is needed to make it look and sound better than what it does and therefore I see this one as yet another missed opportunity.

Game review by Dfortae below, enjoy.

1 thought on “A Look At – GOLD RUSH! Special Edition – For The Amiga”