First of all, this article is one that i worked on for weeks upon weeks now as vacation and other stuff always came in the way of it. Keep that in mind while reading it as things might have been updated etc. 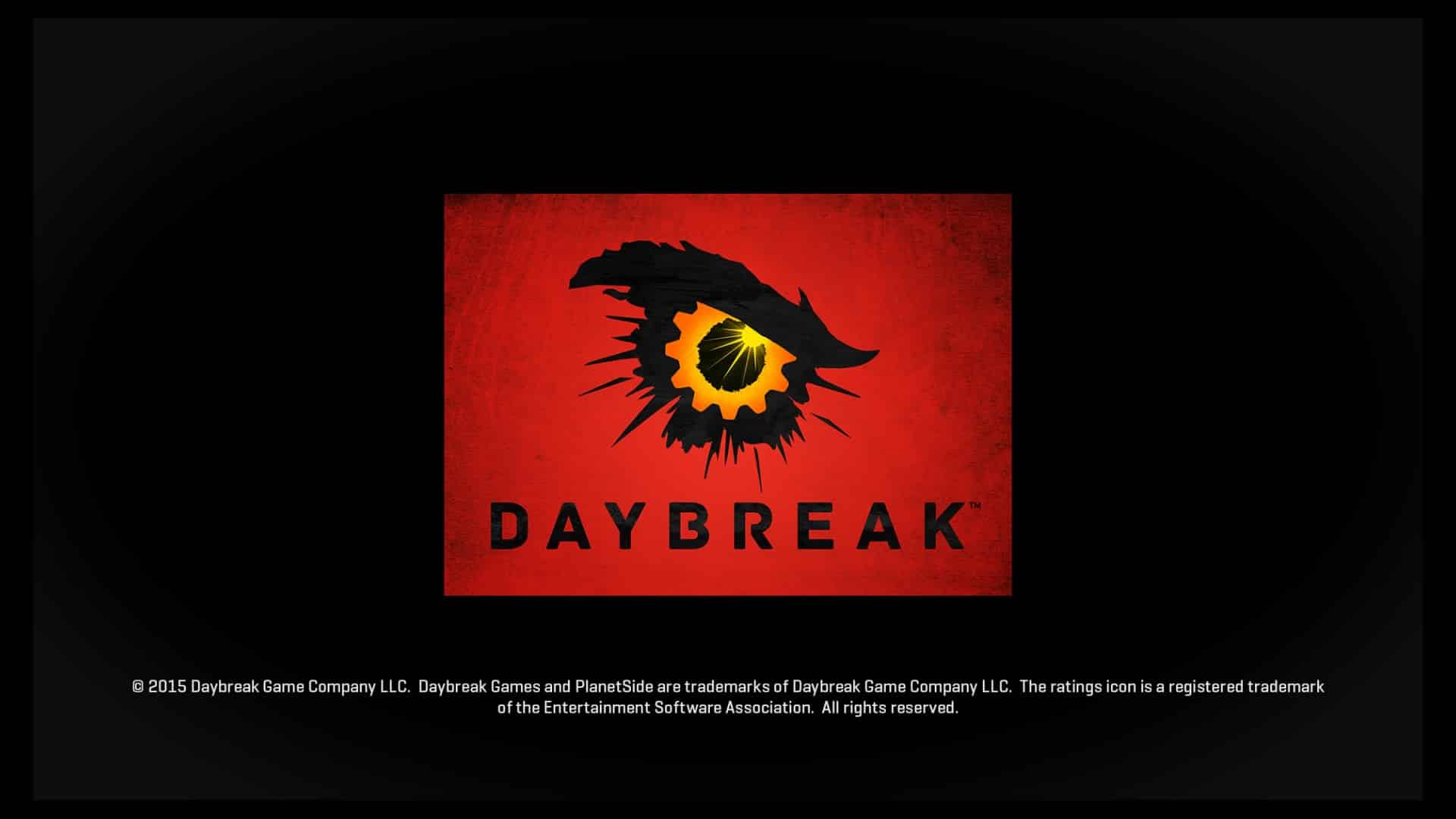 The developer of Planetside 2 is a team called Daybreak,” Who?”you, yes this is a new team or rather an old team that changed the name, the studio was known as ” SOE / Sony Online Entertainment ” up until early this year when Sony decided to let the studio go. An odd decision I’d say as the developer has a long history of awesome games and a popular team.

Planetside 2 is yet another futuristic first-person shooter, itis team based and the size of the maps are gigantic and pretty different from each other (6? so far). Planetside 2 was released for the PC platform last year so it is outside of the usual beta and alpha stage that this kind of games tend to stay in for years upon years. 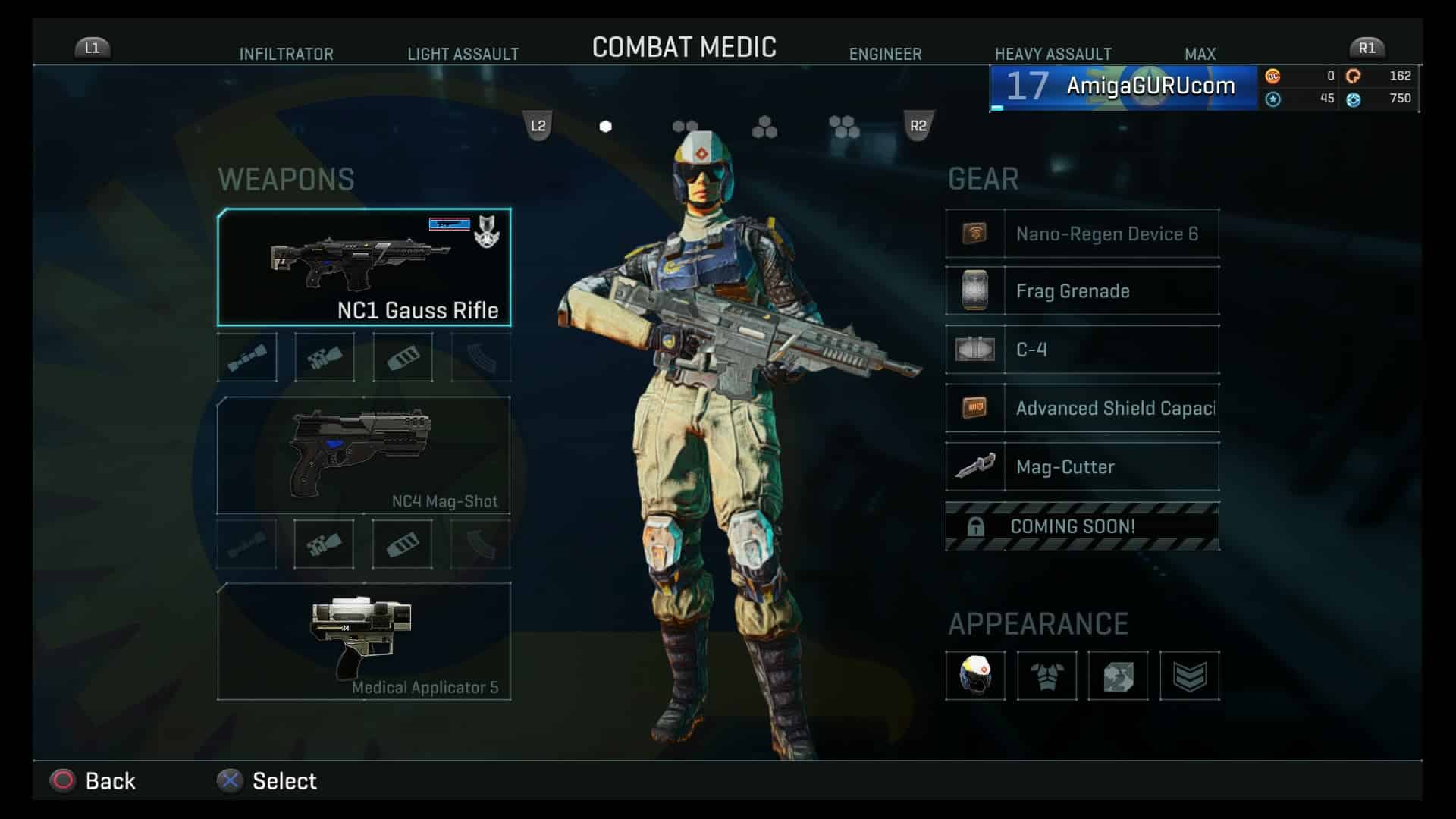 The usual “chose your class & inventory”menus are of course included and there ain’t nothing missing either, lots of stuff to upgrade and as always i went for the Medic class as for some reason i love starting with that in new games. 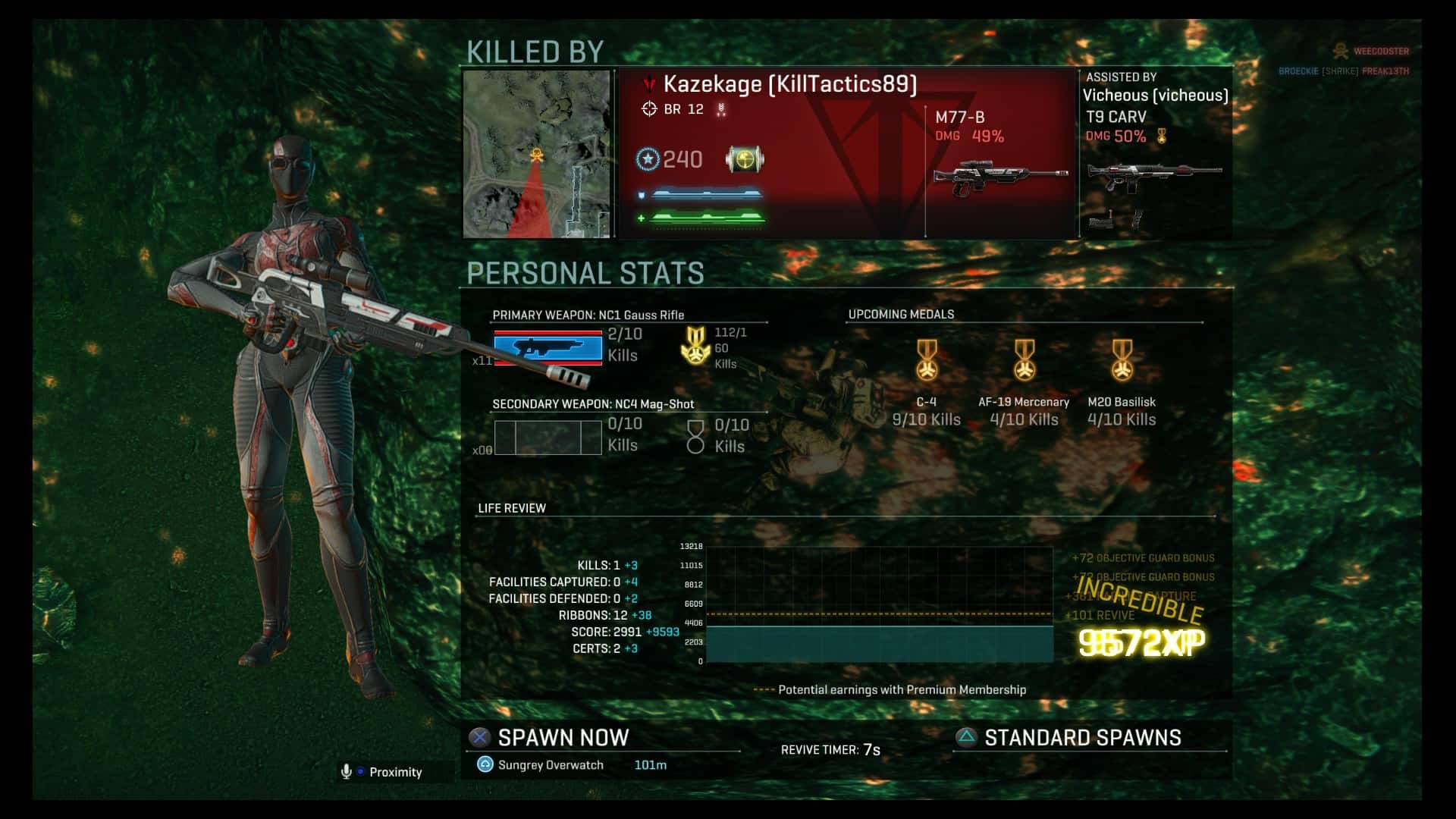 This is the typical “you got killed” screen, you will see this one a lot and while this life was one of my best (9672 points is damned good) i somehow managed to double that score in the next life but it is uncommon and most of the time i am in the 2-3000s and feel that is quite ok.  Problem is that most of the time you get killed unfairly by an infiltrator that just attacks you out of nowhere as they use a cloak all the bloody time. This wouldn’t have been such a problem if the teams had been broken up into maximum numbers of each class etc but there aisno such thing so sometimes you can be 1 medic , 1 assault and a shitload of infiltrators…. 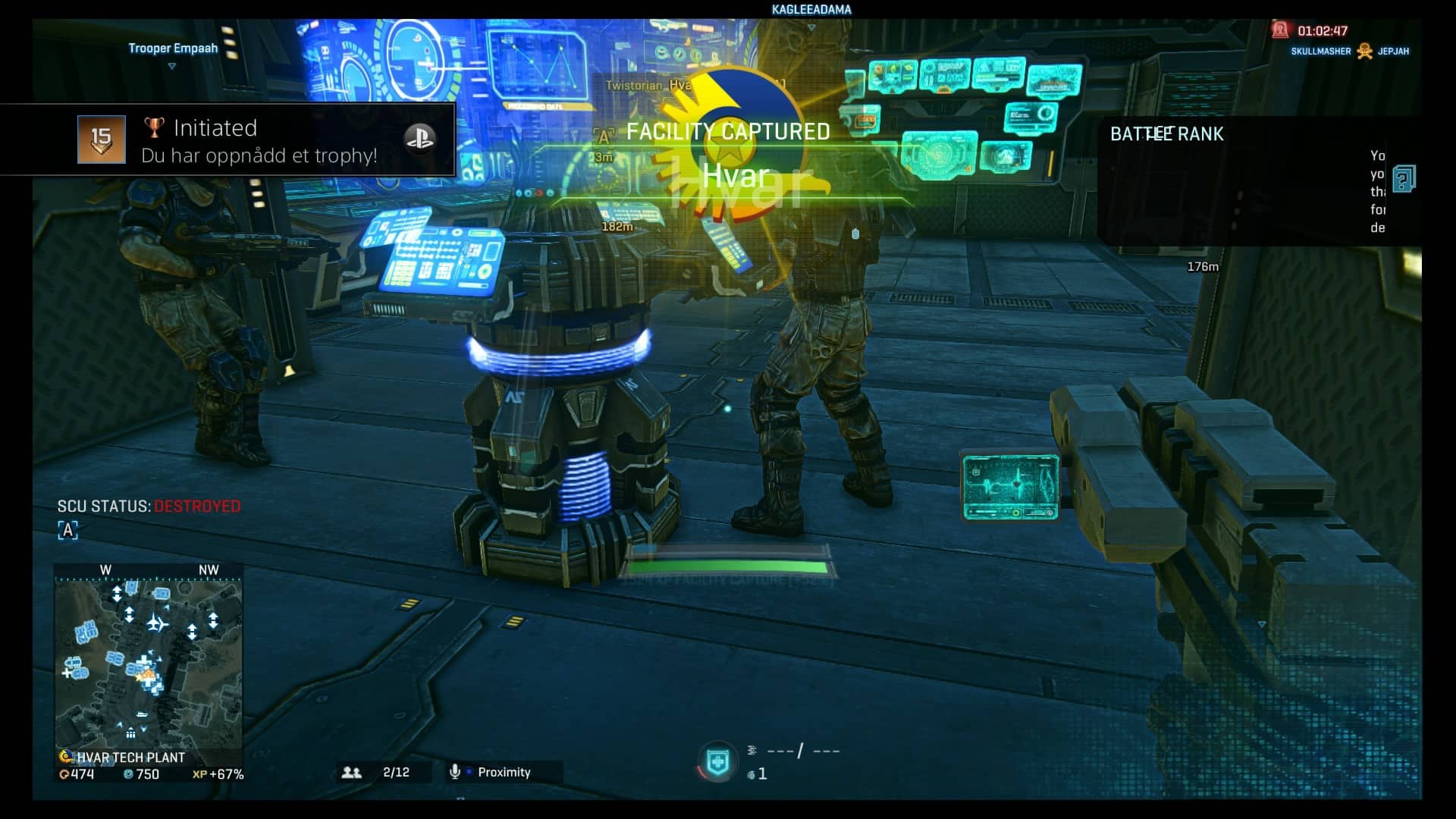 Planetside 2 reminds me a lot of the Sony/Zipper game M.A.G for the PS3. it is massive multiplayer (no idea how many players but definitly 128 on each team) and has 3 different teams. It is the typical ” take base, protect base etc” gameplay together with a few cool ideas tucked into it. The formula used in this game is a well proven one over the years and it is clear that they have spent a lot of time on refining it to fit both casuals and pro players. 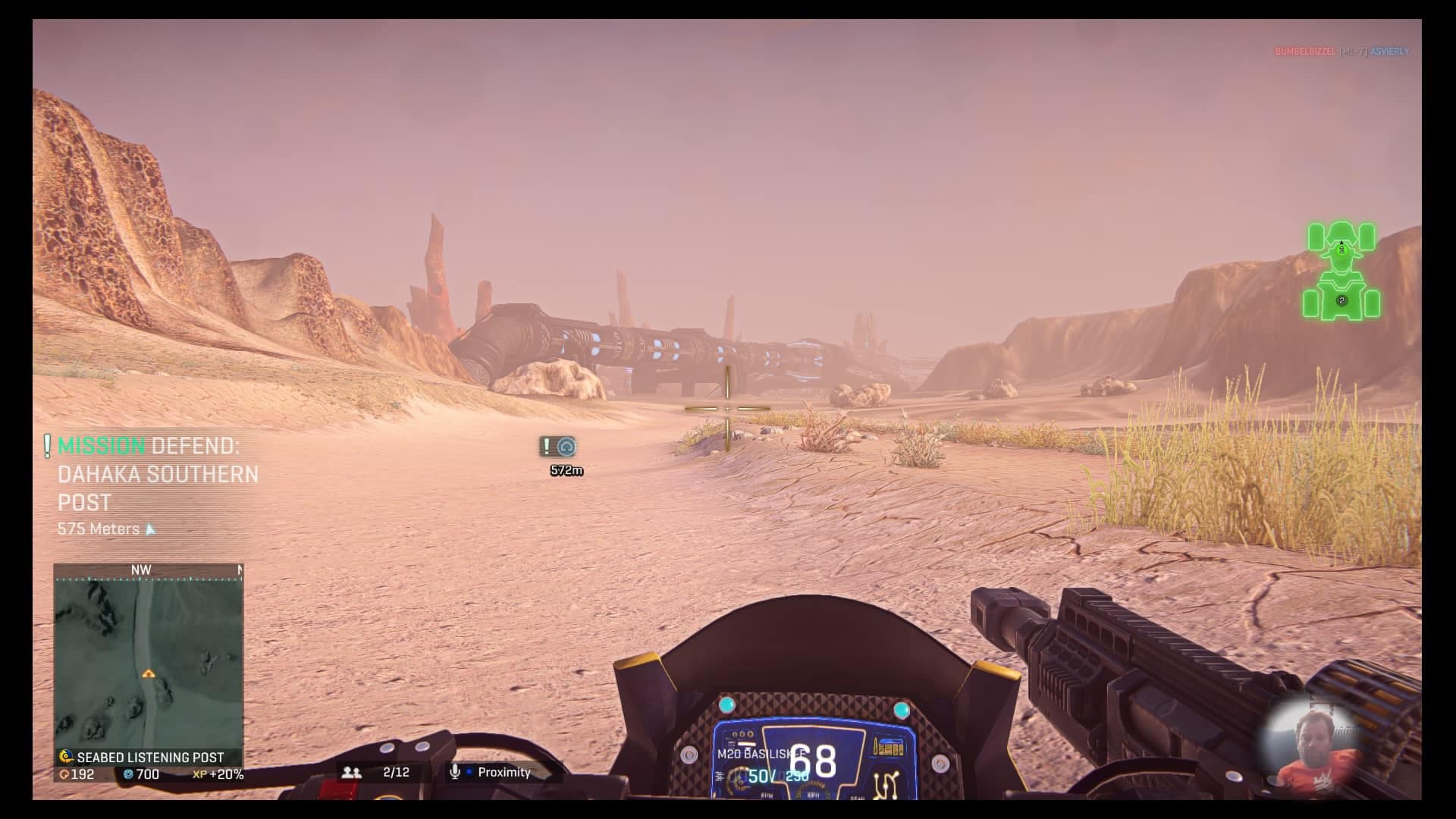 Vehicles, lots of them and while they cost ingame money to use they are still easy to obtain although one can not steal other players vehicles which in my opinion was a wise decision. The vehicle in the screenshot above is an ATV, horrible to control although it is very fast and can traverse quite steep hills compared to the other vehicles available in the game.

One can upgrade the vehicles with better guns and so on and it cost a lot and will take you ages to upgrade fully unless you fork out real money and buy ingame credits. Free2play or pay2win is in my opinon a really annoying design and this is no exception in Planetside 2. 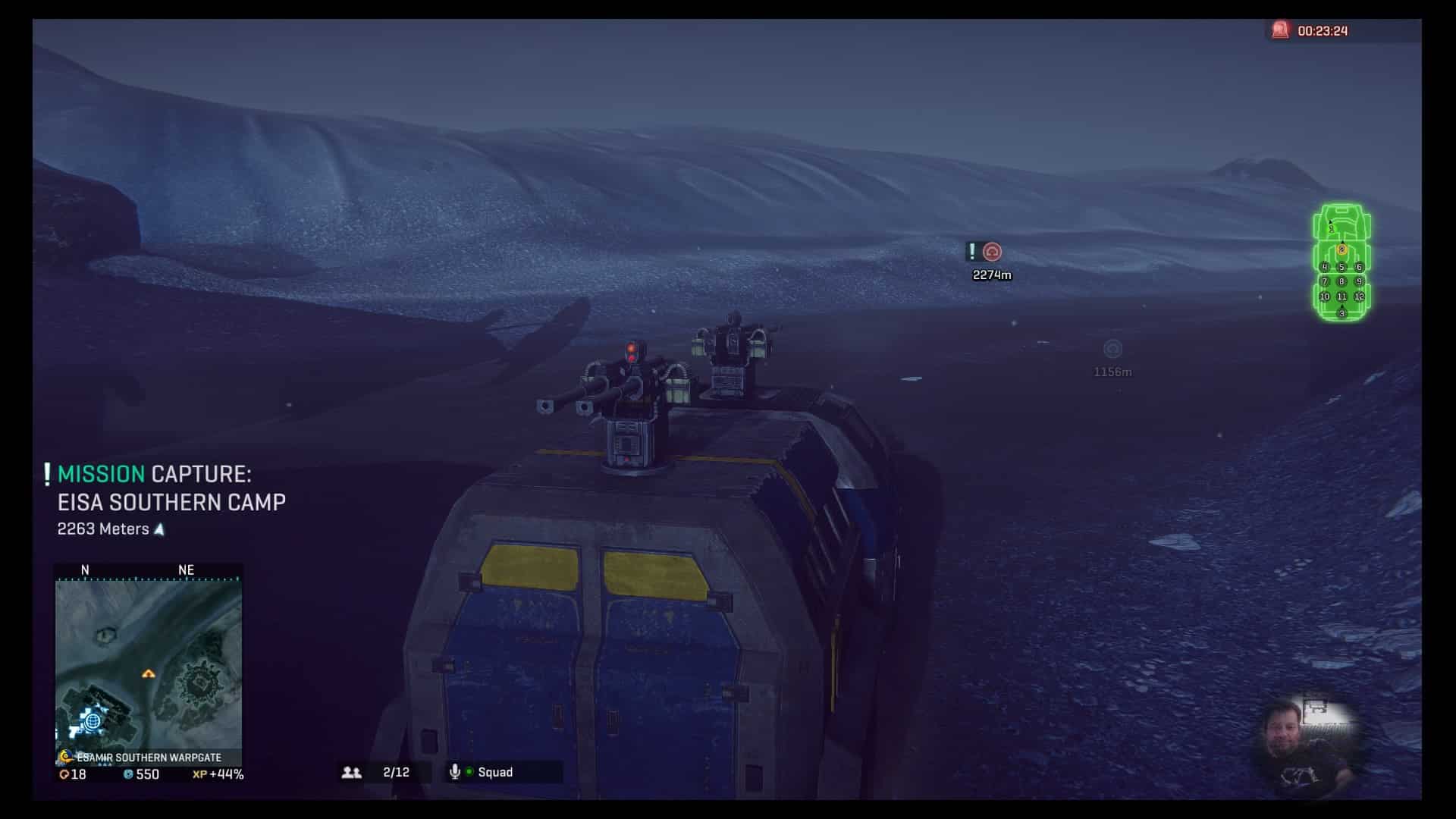 Vehicle above (and below) is known as an sunderer and this one is ingenious to use, people will spawn “on it” and everytime they do the owner of the vehicle get points.

It is all about placing it strategically near an enemy base camp so that everyone on your team will spawn on it and if you’re lucky there will even be people repairing it every now and then. These vehicles can not be parked next to another Sunderer so the thing is to find the base place to deploy/park and go there quickly.

Cockpit view iin the game can be a real pain in the arse, you can’t see below the car so you are bound to drive over a cliff or whatever all the time. steering the Sunderer is fiddly and very boat like but i know why they designed it this way, yes so that people would’nt go crazy with them and making it to easy to reach a base etc. 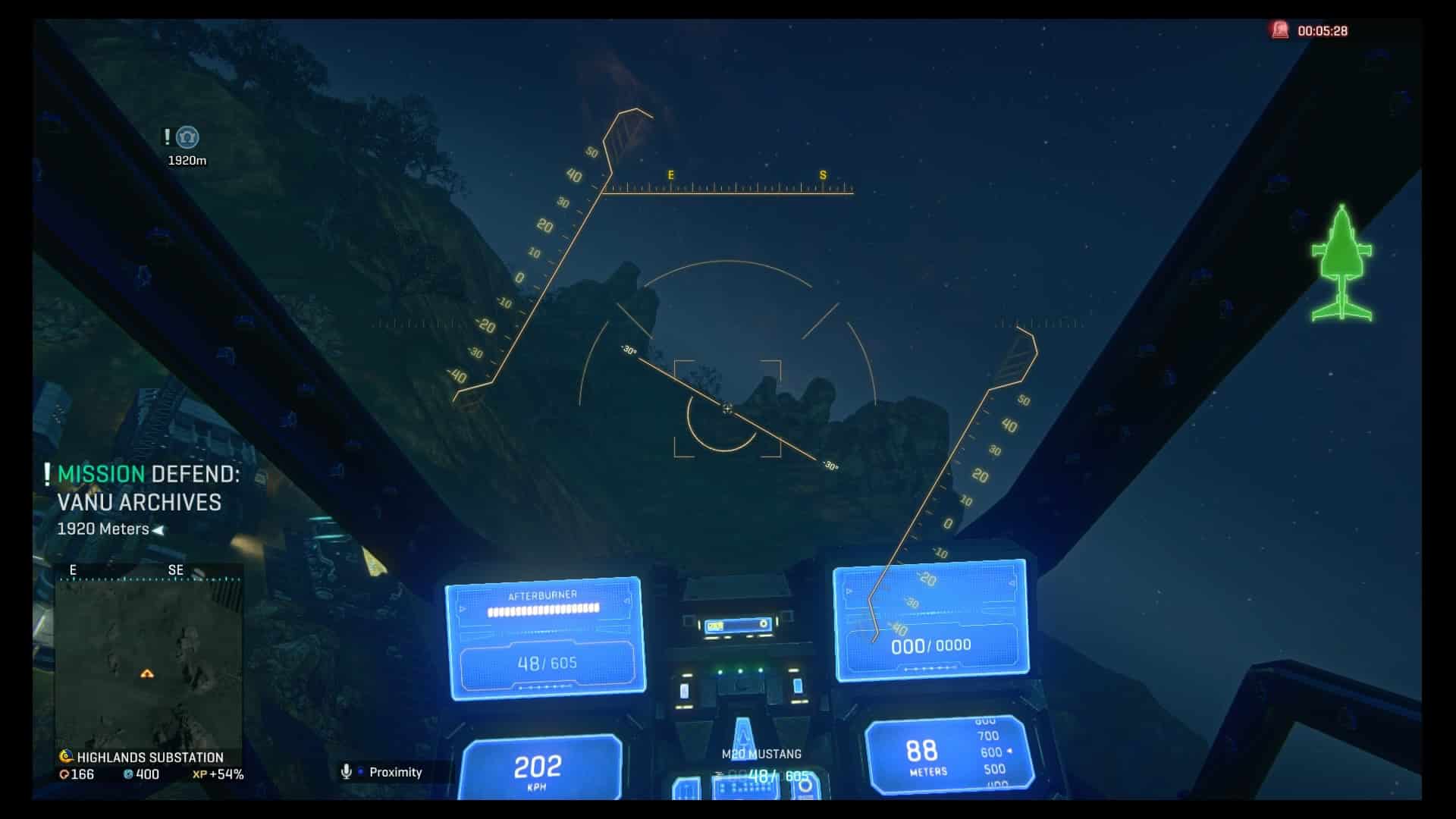 Flying, now this is definitly the strangest thing in the game, i have tried it many times now and i simply can not master this baby, i die as soon as i take off, either if i get shot down or just steer it straight into the ground or a building or whatever. Horrible controls!. 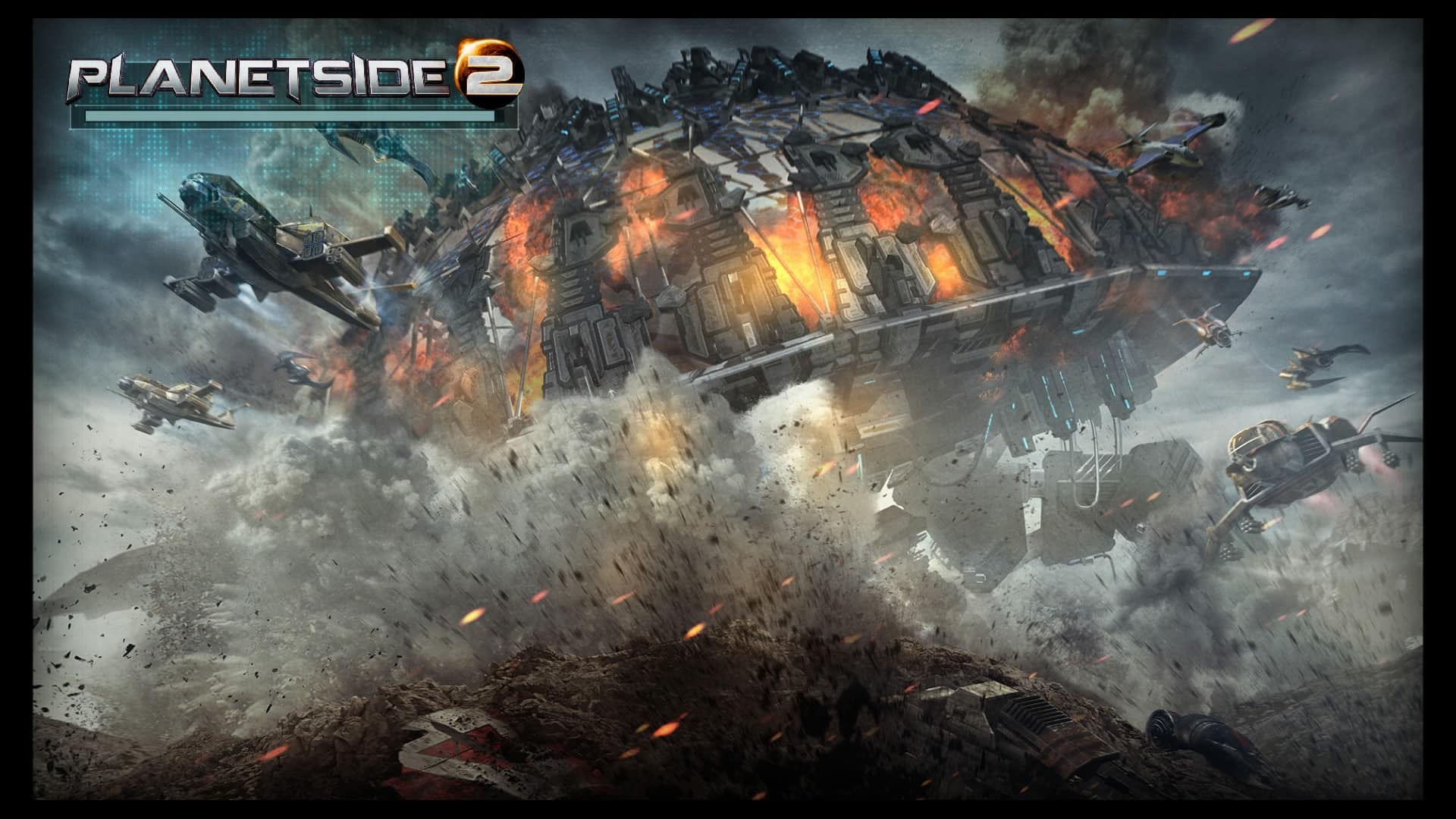 So i guess it sounds like i am hating this game ?, wrong!, i love it and it is the closest thing to M.A.G that i have played in ages, the FPS /at foot part is the best thingin the game and it works great. Weight and movement is well made and not annoying at all. The weapons pack a punch so it feels like you are shooting.

I wish i had more friend who played the game as this is a team game and so far the teams i have been on is more lone ranger/*Rambo than a team.

I will end this article with a few words about loading screens, they look amazing and while there ain’t too many of them they still feel fresh and lovely and i wish there was an disc version of the game with some collectibles like an artbook bundled.

Planetside 2 is only download only, there ain’t an retail/blu-ray edition for the PS4 out there, a shame really and i have a feeling a lot of people don’t even know about this game because of it.

The game is crossplay with PC which is a feature i would like to see in more games. Pretty good graphics most of the time, sthe ound is quite good too, mechanics works great, dthe ifficulty level can be quite hard at first but once you get into it then it will probably feel a bit more rewarding at times.