Mad Dog MCCREE is a very old Arcade game, it was released in 1990 and became an instant smash hit in a matter of days, the game is just a simple shooting gallery game but things like the huge backlit screen and plastic guns and Co-Op play made many overlook the plain and linear gameplay. 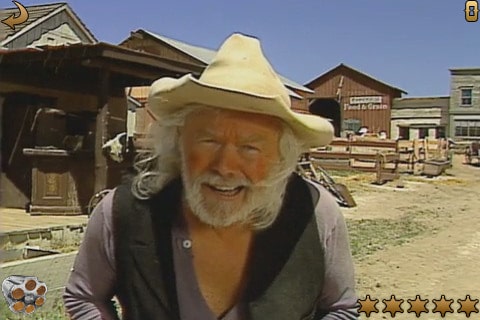 Mad Dog McCree was released on the PSN last week and i have waited a long time for it to be released as back in late 2011 there were rumors about these old FMV Laserdisc games getting a remake/re-release for various formats and since then we have got Dragon’s Lair, SpaceAce, and another Cowboy game Fast Draw Showdown. 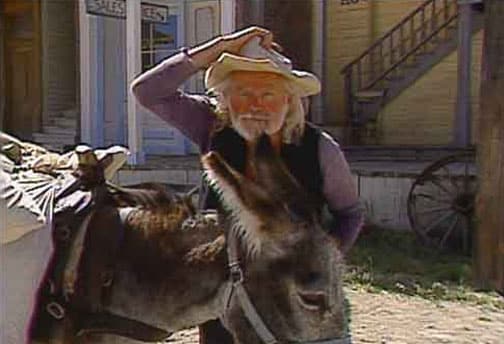 The game itself is pretty straightforward, it’s a movie running/movie rail shooter and you only steer a reticule, on this PS3 version you can only use Playstation Move, there is no way to play it unless you have one.

The game has a level select that will add a little gameplay variety to it but still, it’s very limited and linear and it’s more in the vein of, ok you selected wrong so we will let you play a bit and return you back to the menu select screen thing.

The acting in these Laserdisc games is so-so, it’s B-movie style and to be quite honest i like it because it’s so corny and overplayed.

There are some nice stunts every now and then but this game is far from the later games from the same guys like Space Pirates and crime patrol etc.

It’s very hard to do screenshots of this game but i hope that i will get a better recording unit to be able to grab better shots for all my articles.

Is the game any good then? , well when it was in the arcades it offered quite a challenge and fun but at home with infinitive continues, well it’s not much more than a “have fun for a little while” type of game.

PS3 version has been remastered, the video is much better now and same with the menu systems and so on, it been cleaned up and redesigned but it’s still the same game.

Shocked to find out that this game is completely in a less than 20 minutes! (and then you have watched it all..)

And now over to something that not everyone knows: 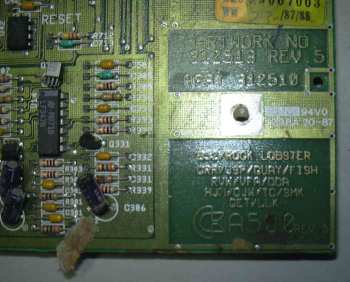 Yup, see that logo?, the original game from 1990 is powered by an Amiga 500, well that is actually wrong as it’s powered by TWO Amiga 500 boards and a Genlock and an EPROM reader and of course the laserdisc player. 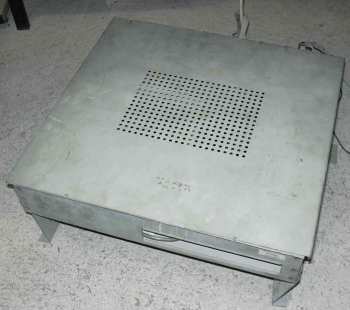 Here’s the box from the cabinet, in this box you will find the hardware behind this huge classic game. 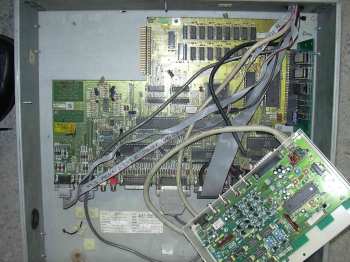 On the right side, you see the EPROM, underneath that covering the whole bottom is an Amiga500 board and on top of that on the left side is the Genlock. 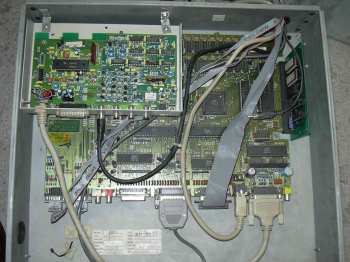 What the last Amiga 500 board actually is for is beyond me but i have a feeling it might be because of the multiplayer options?.

The Amiga 500 was used as a control unit for the stream /pause and rewind etc and the overlay graphics (GUI and such).

Other Laserdisc games with the Amiga used as the host: Mad Dog Mcree 2: The Lost Gold, Space Pirates, Who Shot Johnny Rock (and probably many more)

After Commodore went bankrupt they switched their hardware choice to other companies like the 3DO from Sanyo (and others) but many of those arcade machines overheated and had severe instability problems which caused the burger shack/arcade hall owners to find other machines to rent.

Psst: thanks to the people before me who researched up on this game, thanks for info and pictures and references.