Since the release of MUD the last autumn have always wondered if i should get it or not but all in all, it came down to 2 things, first one being the negative track record of Black Bean the last few years and the second thing was there ain’t a demo in sight for the VITA version.

WRC, SBK blah blah series started off pretty lame but they got better with the next years version and now that they have established themselves as an annual series the quality has gone way up, just look at the awesome WRC 3 game that i have already written 2 big articles about and platinumed both PS3 and Vita version. 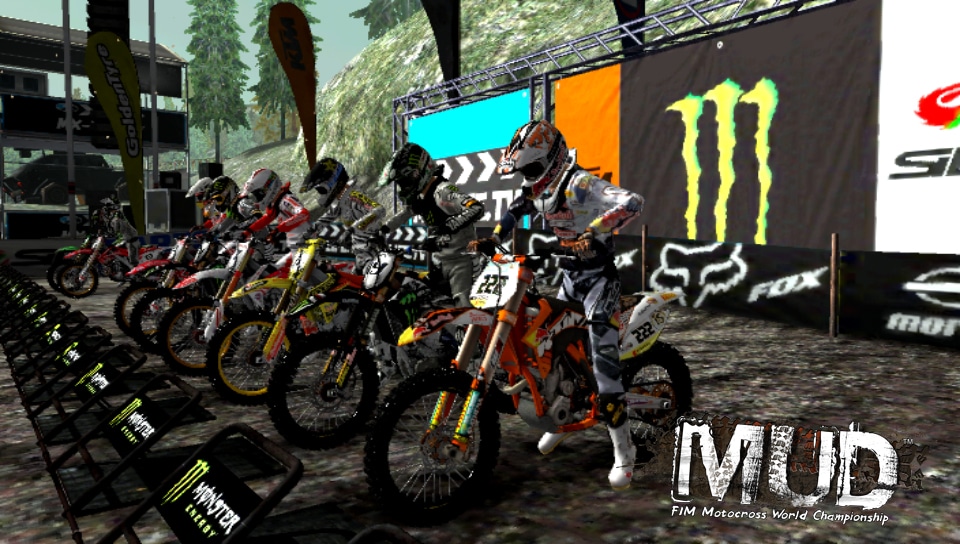 I’ll start off by saying that the game can look good but never great and sometimes just plain dull, physics and steering feels very limited and you get the feeling that whatever you do it won’t help (wheelie over bumps etc) and that is one major misstep as it makes the game turn into one long “HOLD R BUTTON” for 3 minutes race which in the end means monotonous and a good sleeping medicine.

Oh, and yes, motorbike sounds at the same RPM for 3 minutes in a row can make an insomniac fall asleep!.

You have the usual stuff, Track race, 1v1 head-on, stunts arena’s, checkpoint races and elimination stuff… standard fare and everything is quite ok realized.

Has to be said that i was quite surprised to see a trophy popping up after an hour or 2 telling me that i had seen all the track locations in the game as i had only completed like 10% of the actual campaign or whatever you want to call it mode (MUD World Tour). 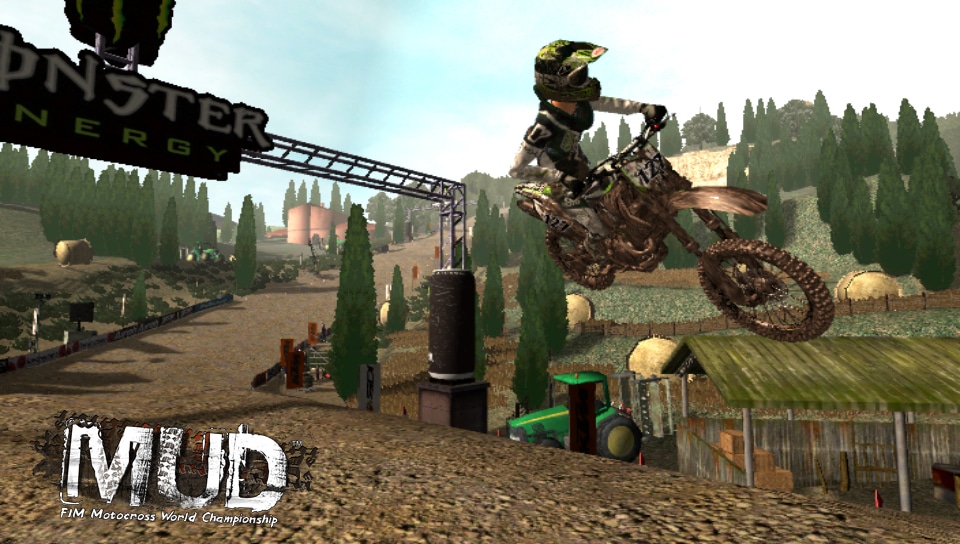 Now, 10 hours later or so… i am still racing the same tracks, various variations of them but it’s still the same stuff, long story cut short, there are way too few “locations” for such a huge game as this one.

You upgrade your drivers (there’s 4) and they have their own specialities like tricks, speed and so on and this is one long grind, it’s going to take loads and loads of replays to grind enough credits to level up your drivers and that’s without buying the track tickets as well and those alone is taking a lot of time for me to unlock (currently at 25 of 55). 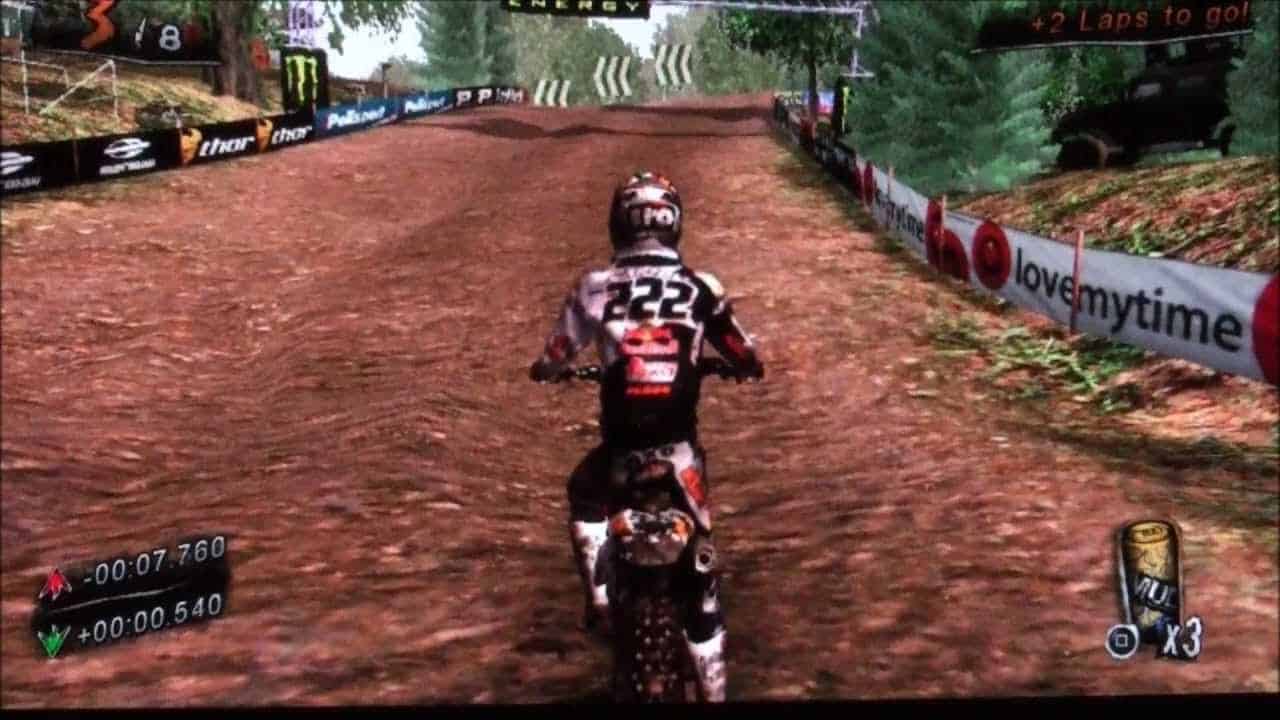 So is MUD a good game? , i will be gentle and say that this game has been a major let down! , everything that made WRC3 good is not here and everything that made WRC 1 tedious and boring is in here so yes by the looks of things MUD followed the tradition of the older games and WRC3 was a fresh start which hopefully means that MUD 2013 will be a greatly improved game if they go the way they did with WRC3 that is.

Huge game, an incredible amount of stuff to do compared to WRC3 but that means nothing when its such a boring experience that one just wants to switch the game off, in other words, it’s like WRC 1.

I am playing the game and trying to enjoy it, i paid lots of money for it (way too expensive for its own good btw) but it’s difficult to enjoy! , i will play it until i find another game to play but i doubt i will ever platinum this one, the game is hard and it’s unfair and at times downright cruel due to the physics and handling, oh!! and yes my workmates have given me the looks when i start screaming at the Vita while playing it so men in white coats might visit me before i get that far. 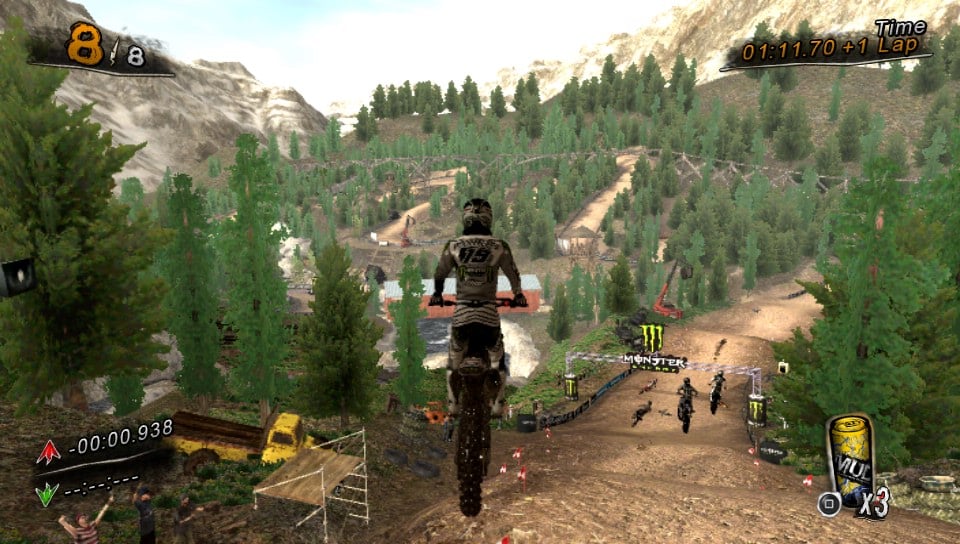 (my policy is that i must try my best to complete a game before moving on to the next one and in 99% of the cases that is possible, the last year has been hard…way too many crappy games and then some….)