Dear AmigaGuru’s readers welcome to a quick, initial review of the last Bethesda game, Prey. Whilst the game is already out (but not yet in my safe hands) this introduction is based on the official demo, available on the Store and focusing on the first hour of real gameplay. 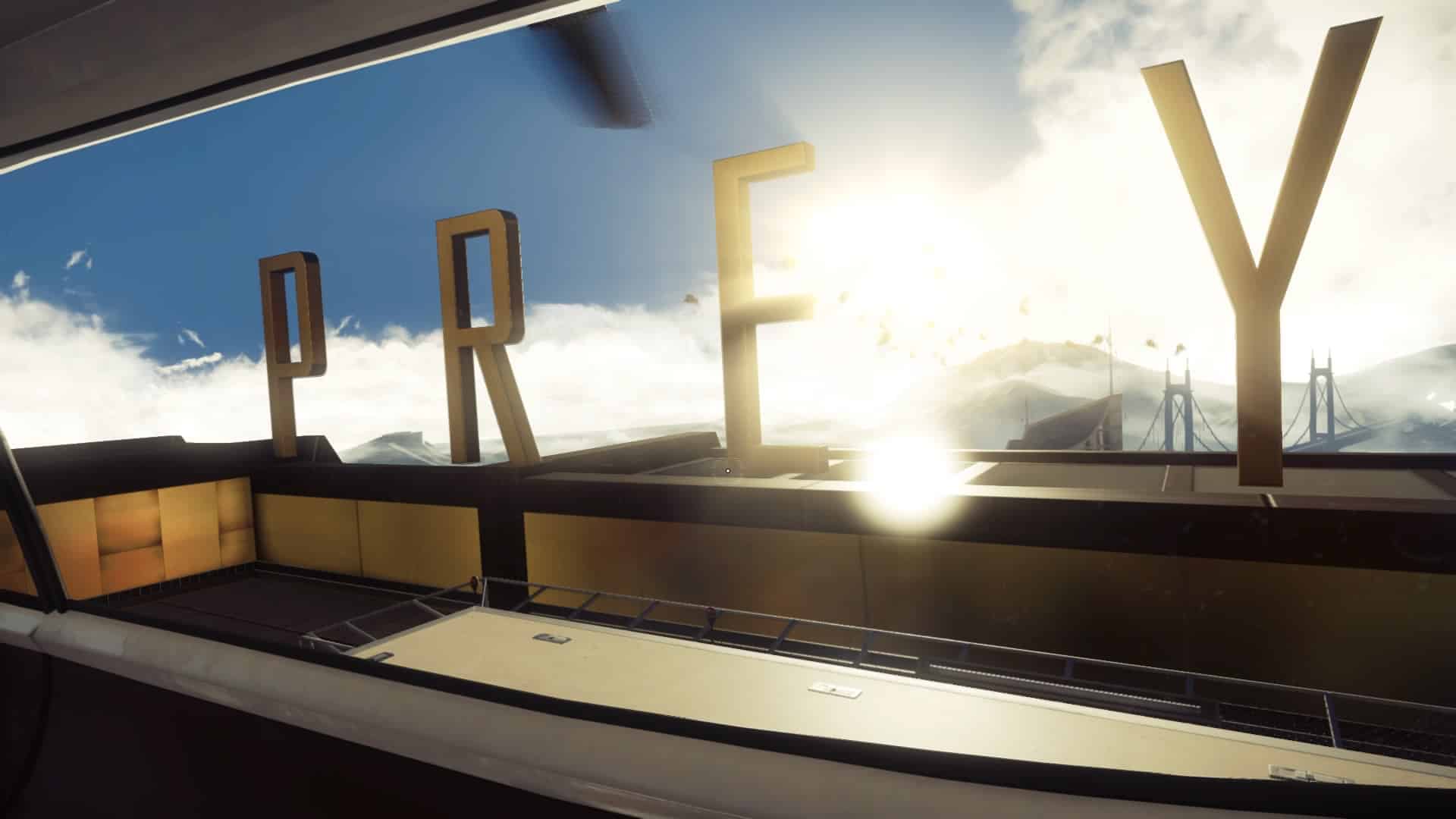 Since I didn’t have the time to check how much of this game leaked out on websites or magazines, I’ll try to focus only on the key points, in order to avoid any possible spoiler. For this reason, let’s just say that you wake up in your apartment room ready to start your new job. Apparently, you are a newbie (and possibly not even a particularly skilled one) that participates in his/her elder brother’s project, involved in a very high tech private enterprise. 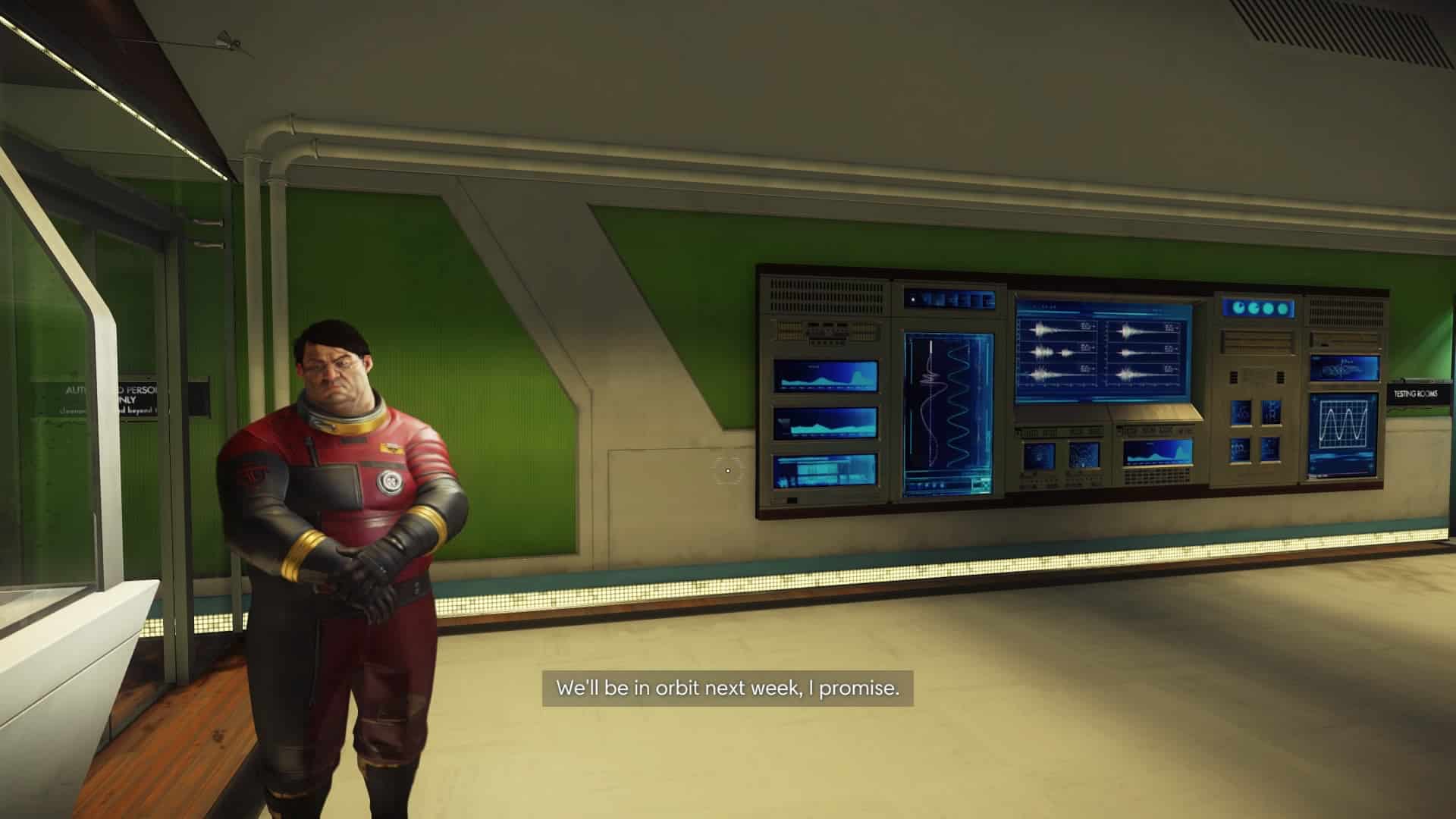 The game gives you the possibility to choose a male or a female character, but unlike other recent games, there’s not much more about it, since no aspect customization procedures are present, at least in the demo. 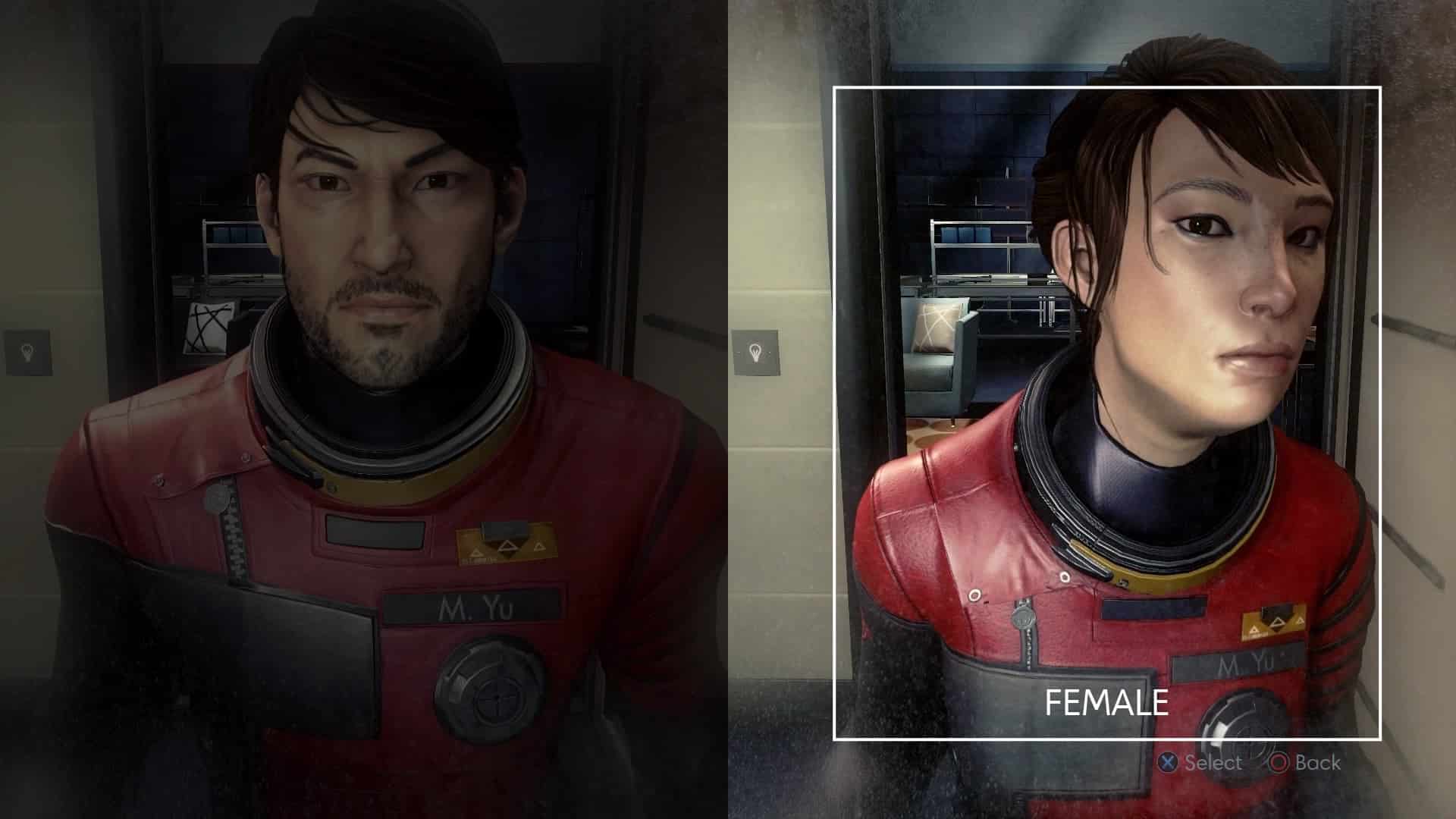 To tell the truth, it doesn’t seem to mean much, since this game is a first-person shooter and you won’t see much of yourself, with the exception of your right hand and the tool/weapon it is holding. 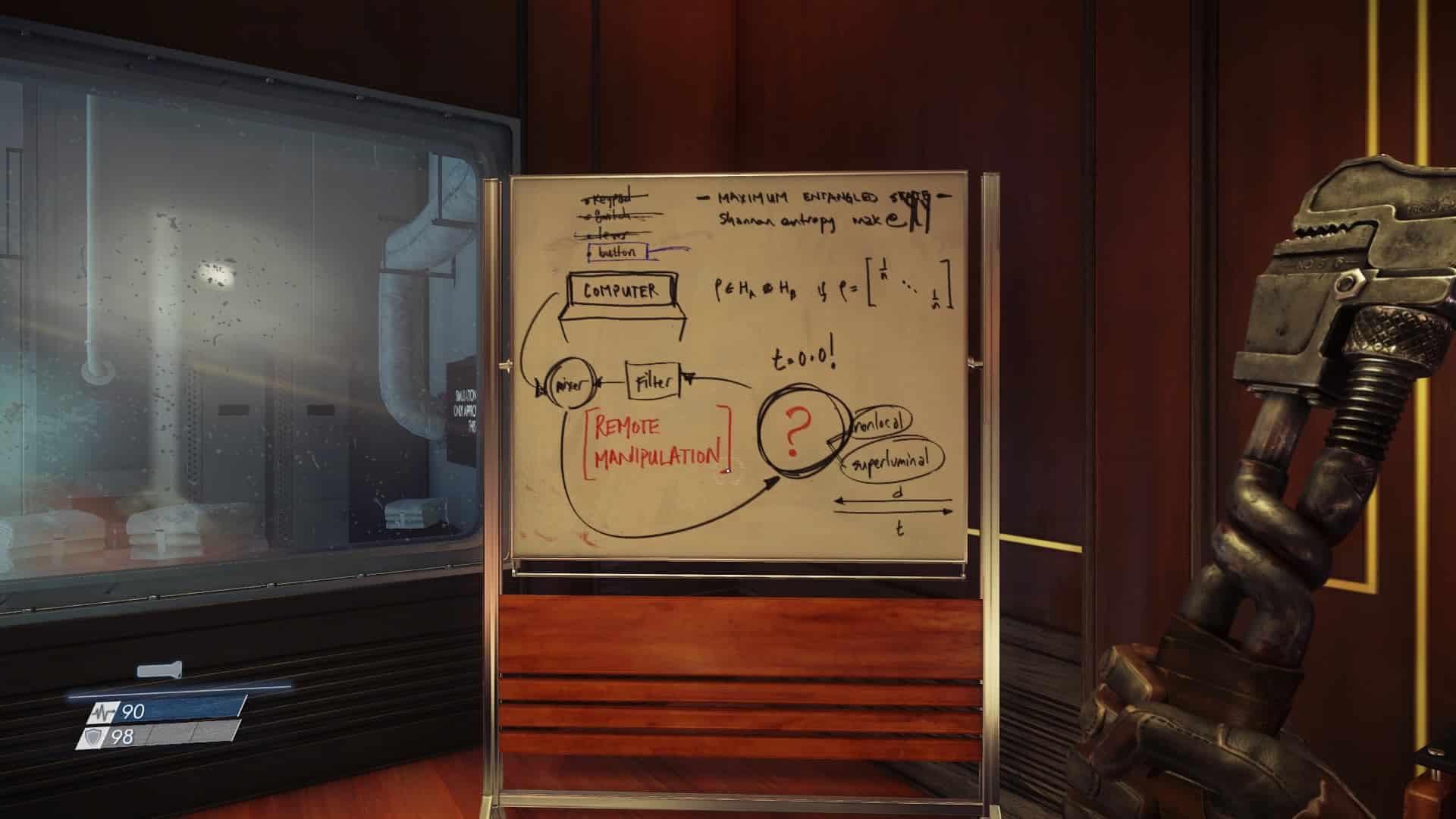 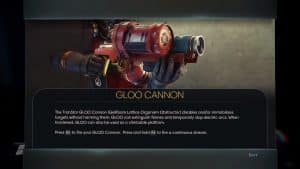 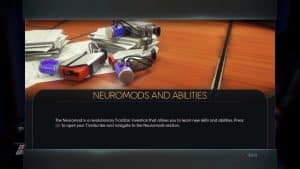 Your first objective is getting dressed and reach the roof of the building to board the helicopter meant to take you to your workplace. You must be pretty wealthy if you can afford something like that, but it is all conceived to show you the basics of movement and inventory management. Flying on a sunny day is really pleasant since the view is very nice. The landscape is based on the classic Golden Gate and everything looks neat and orderly, even though a little bit “artificial”… Is it because this is a Sci-Fi story that takes place in the near future (May 2032, that is), or is there something else? 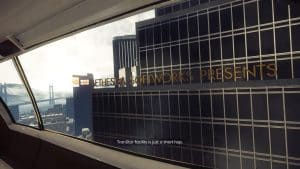 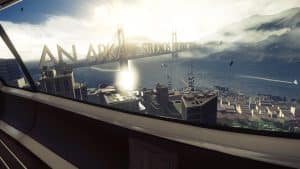 The only thing you know is that you play a key role in an experiment that is supposed to alter mankind destiny but instead of getting better something goes terribly wrong. That is how a bright sunny day, meant to be the first one of your special assignment, becomes the day when you stop to be a human being you become a prey. Now is up to you to die, of finding any possible way to survive becoming the predator. 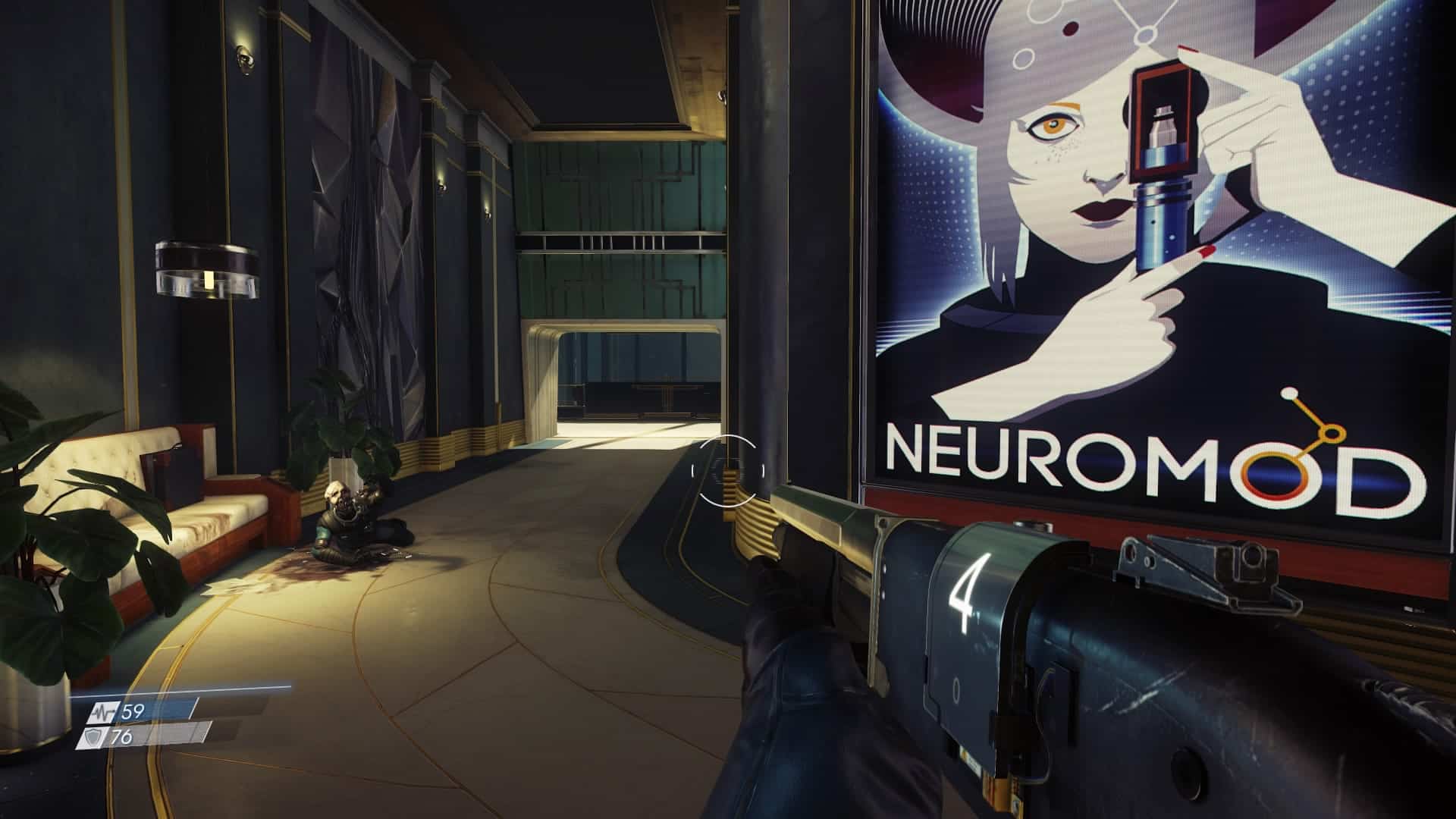 Find spare parts, craft new tool, craft new weapons, face deadly enemies, improve your physical and mental abilities, uncover your past, shape your future, survive this present, kill or be killed and … above all, RUN !!! This is Prey, the new survival horror from Bethesda. 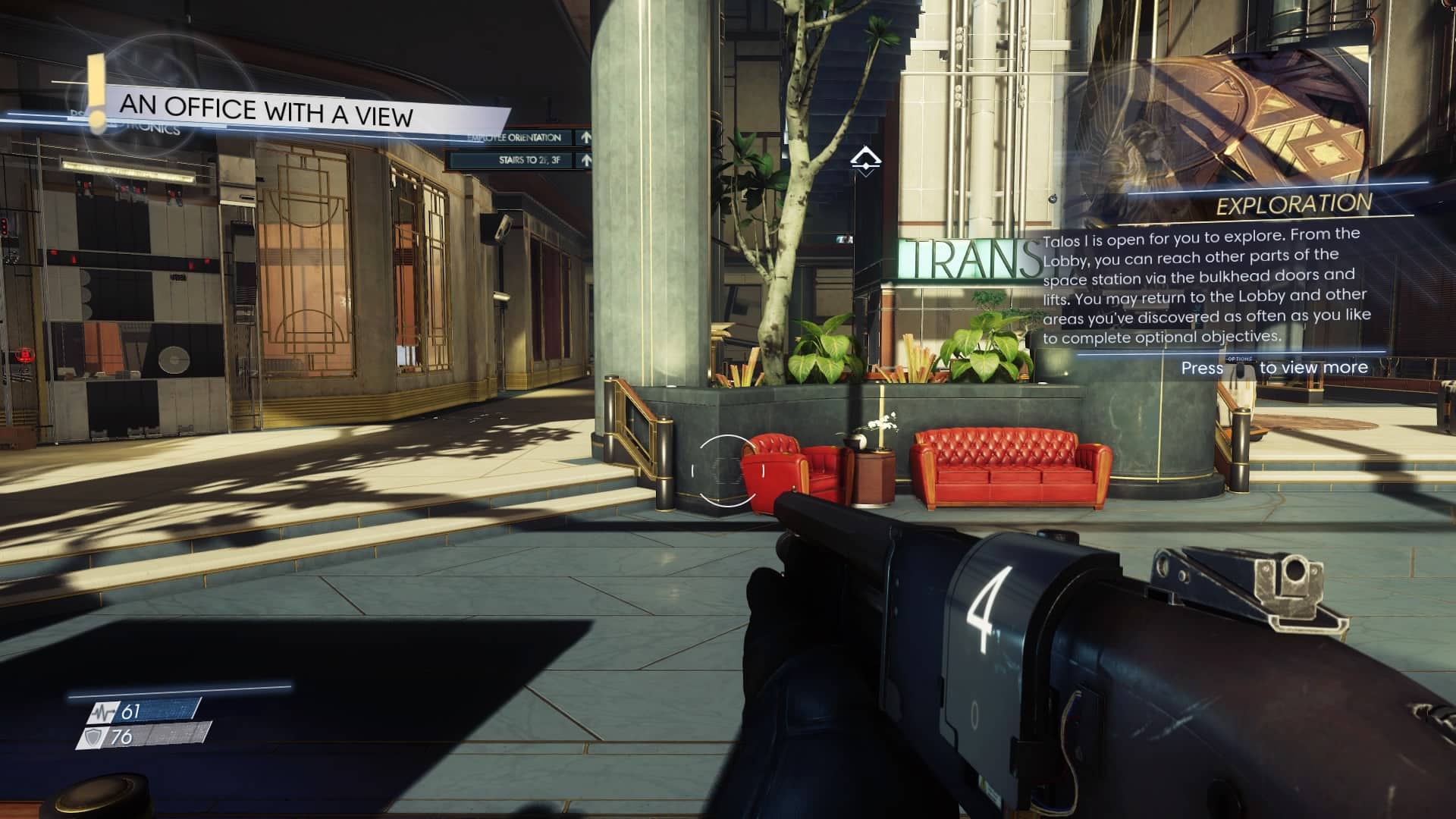 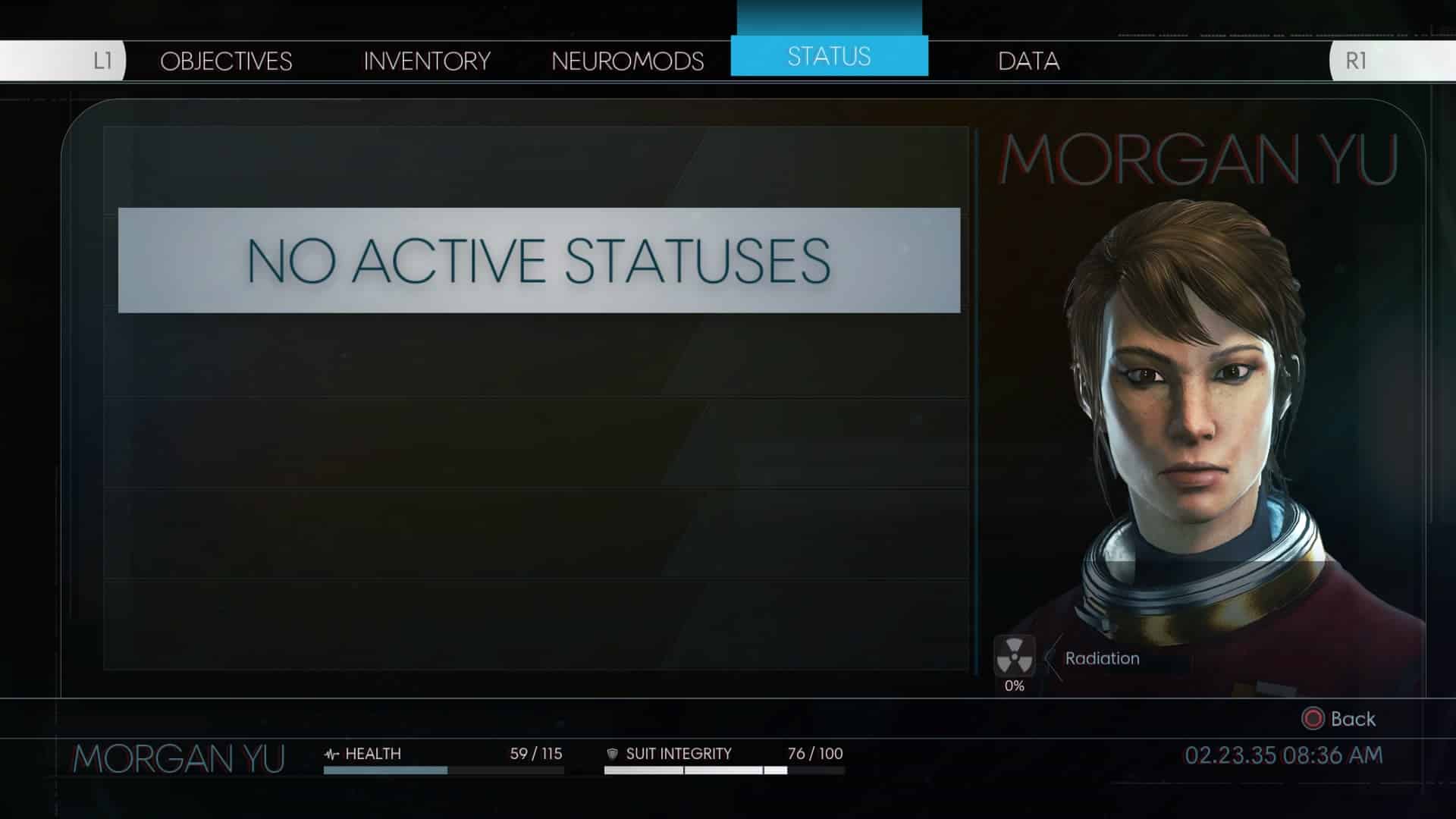 Being a Sci-Fi survival thriller the game has many similarities to what we have seen in Dead Space saga as far as gameplay mechanics. Very interesting is the possibility of scavenging nearly anything and, once you collected a whole pile of junk,  just go to the nearest recycler, turn your junk in useful material and then go to the fabricator and craft your items of choice. 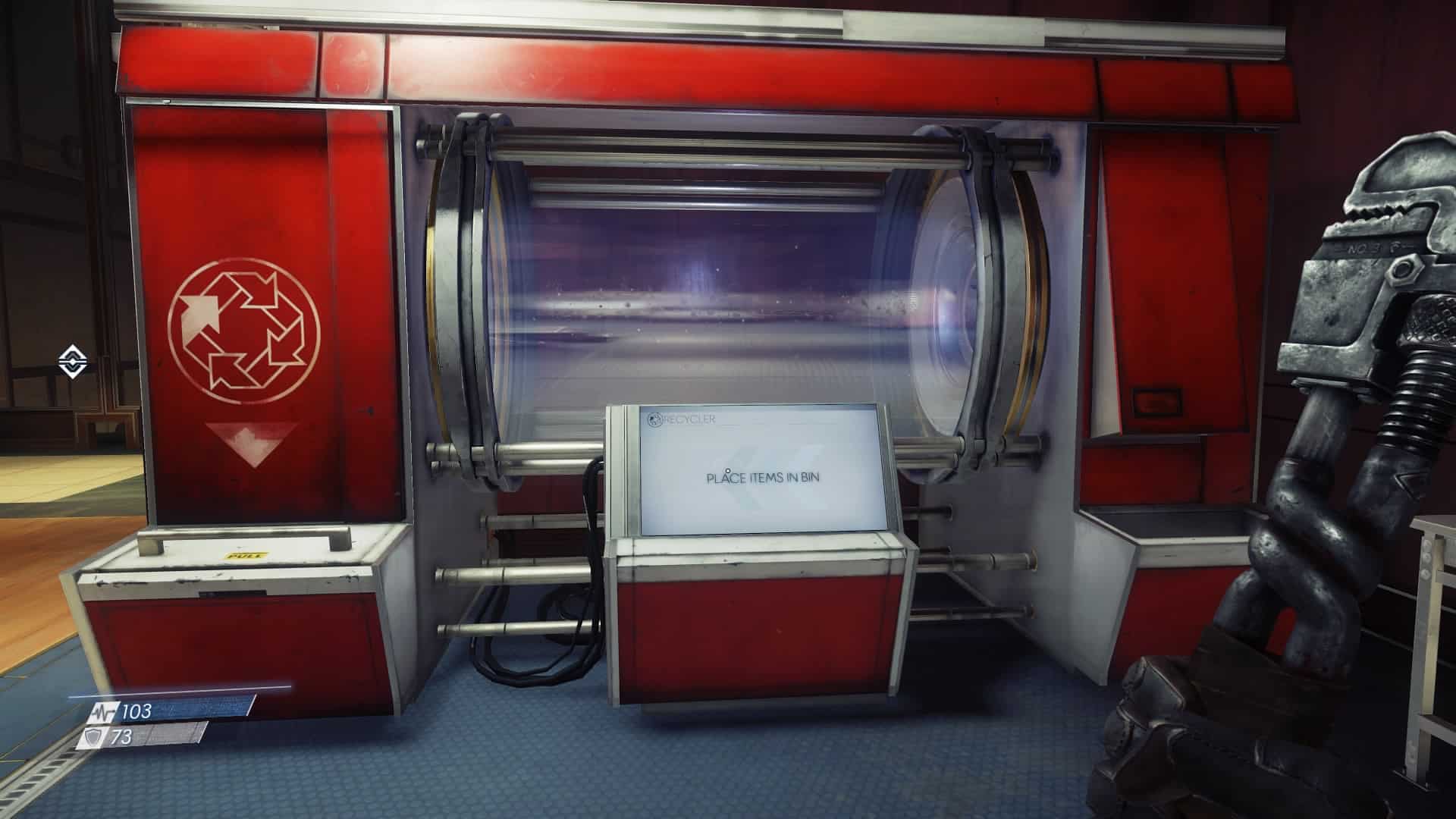 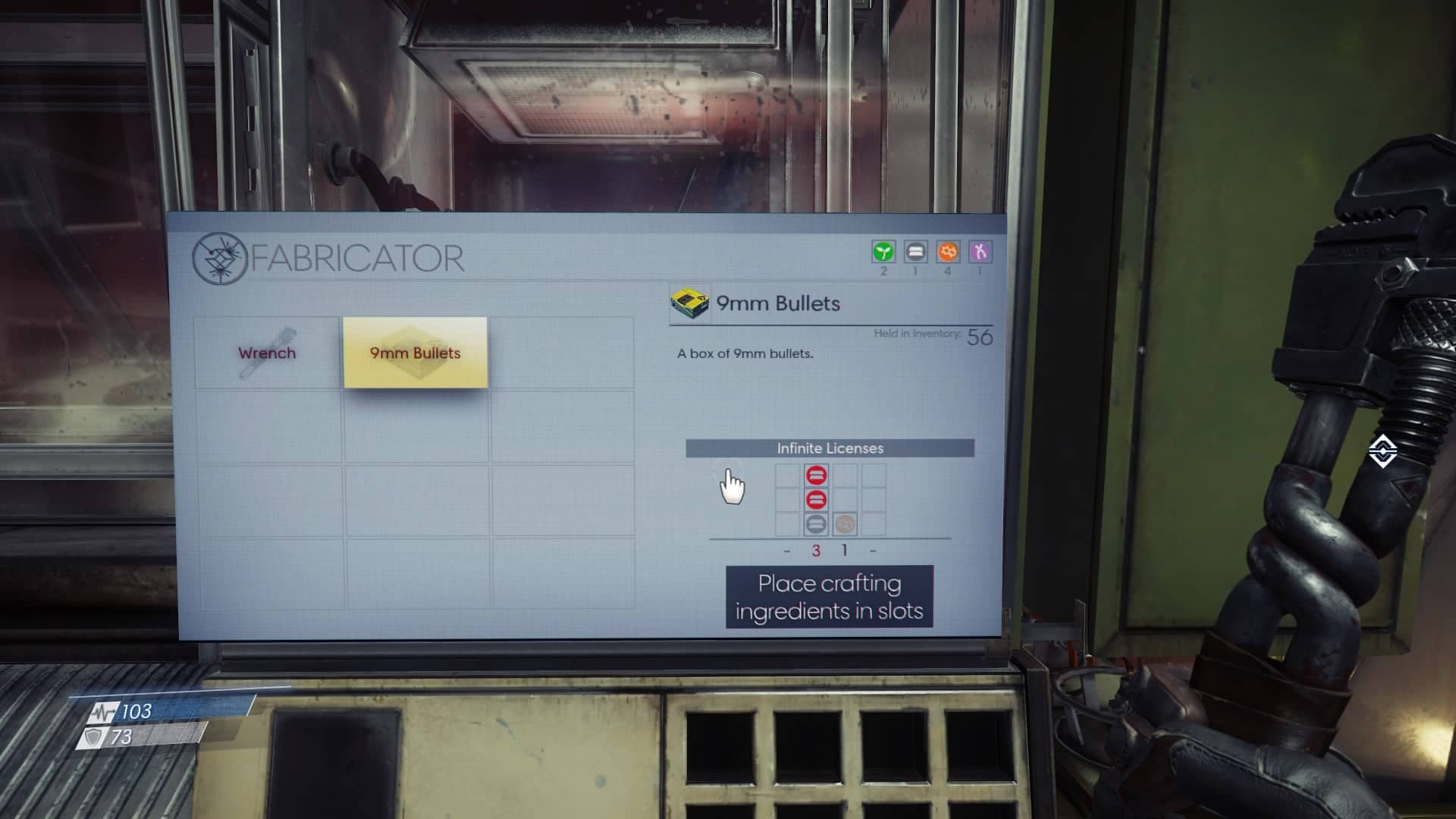 The demo starts in an environment designed to reflect the corporate luxury of the 1960s, but soon changes in something else. The demo lasts over an hour and, despite from a certain point onward most locations will not be accessible, there still are many things to do and places to visit.

Edit: video removed, still a bug when publishing..  will add it as soon as i fix it.

I must admit that, even if FPSs are not my cup of tea, the environment and atmosphere are very good and more than once I jumped on my seat. From what I’ve seen so far this can be a very good game, especially if, like me, you are into survival horrors and space operas. 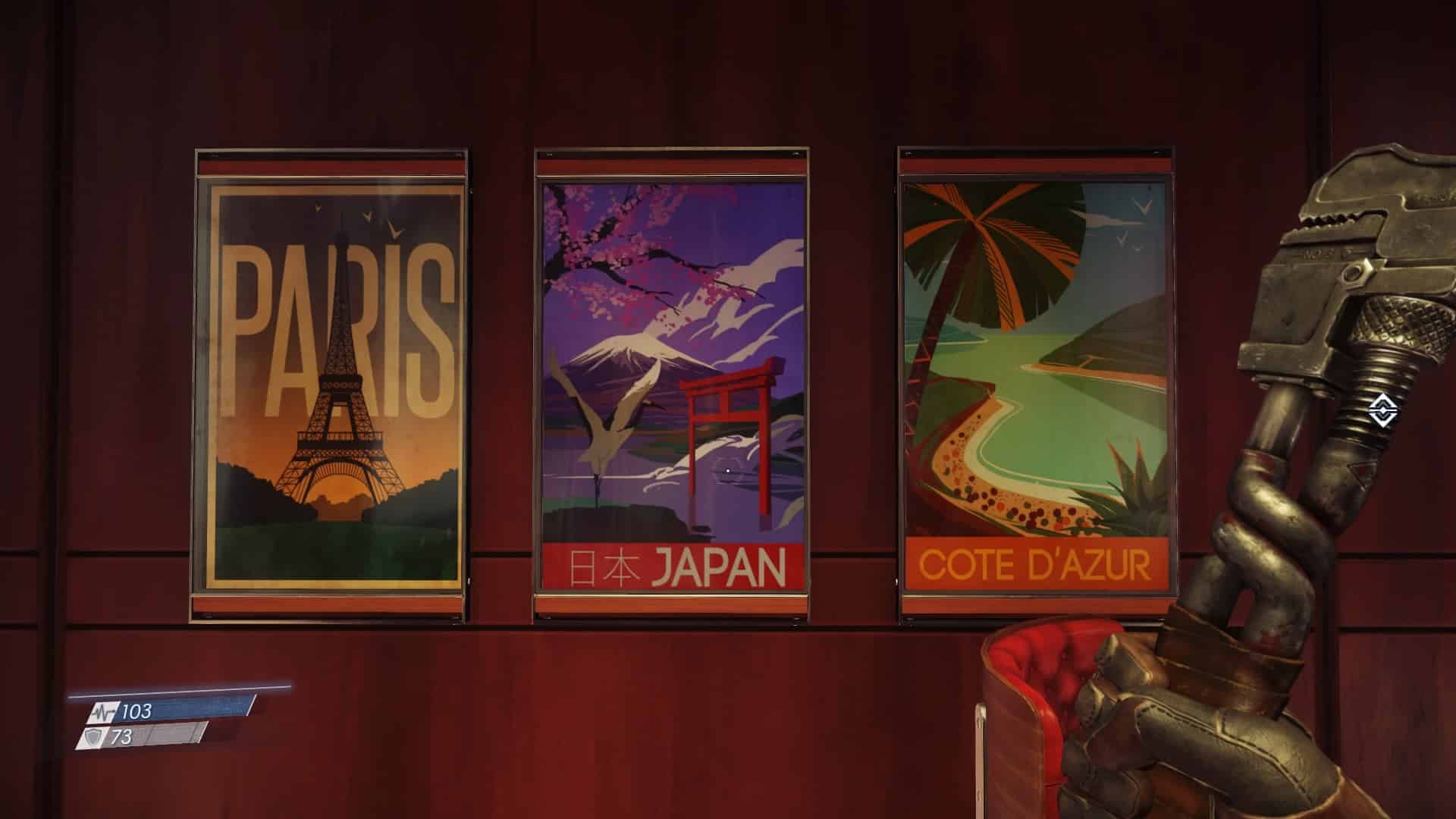 If this was a game review I would probably give this product an 8, but I’ll wait to have played to the entire game before stating a final response. It doesn’t happen often this day to get a demo, and they seldom go so deep in showing you the real nature of the product: I, therefore, suggest you fire up your PS4, go to the store and download it. Have fun!

Follow Us... Inspire Us To Get Better... Keep The Flame Alive
Tags: arcane, bethesda, prey