Oh, day 3 already and the third game is up and i am sure you guys think that it might be a game from another crappy dev team who is just doing the milking game and released another turd of a game which they knew was so bad yet they still made it and felt very proud of…so proud that they removed it from their website portfolio?.. well it is by a famous developer team and while they have a few good games one has to say that this is yet another Nintendo Wii shovelware company… The Wii stopped selling and no one has a Wii-U so all the shitty developers decided to shove games onto the HD consoles as they call it… 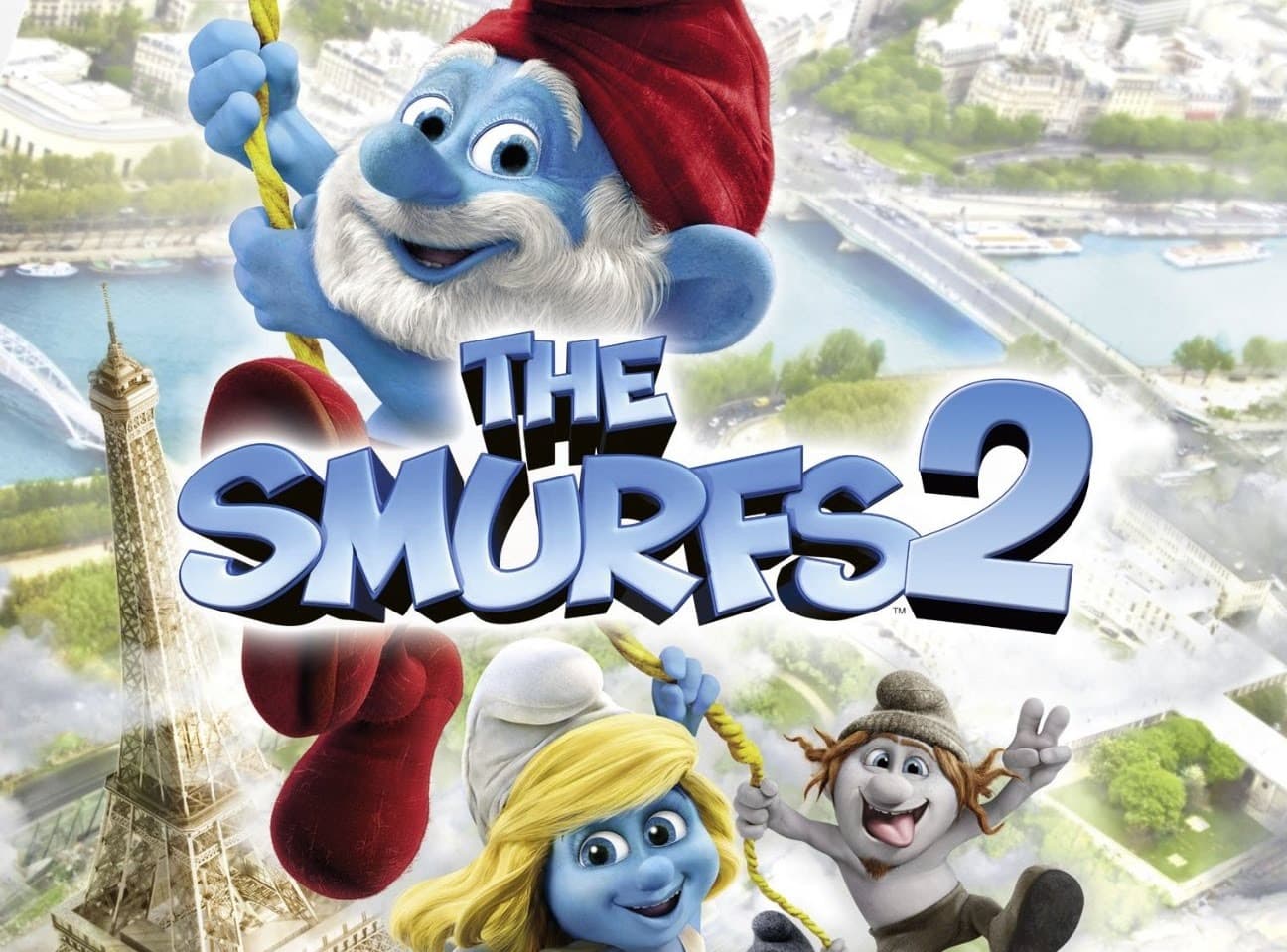 Picture Above: awesome logo but one of the worst games i have played in years, what a mess.

The Smurfs 2, yup i just had to get it, pictures look awful but the gameplay looked like a LittleBigPlanet type of game and a 4 player option as well, luckily i didn’t buy this turd of a game as my sister beat me to it as she bought it on her PSN account which i had/have access to.
I got the game for free, anything free is good right? not so… i completed the game, fairly long too as i was hoping it would get better and also because the trophies were supposed to be easy and quick… how wrong can one be… 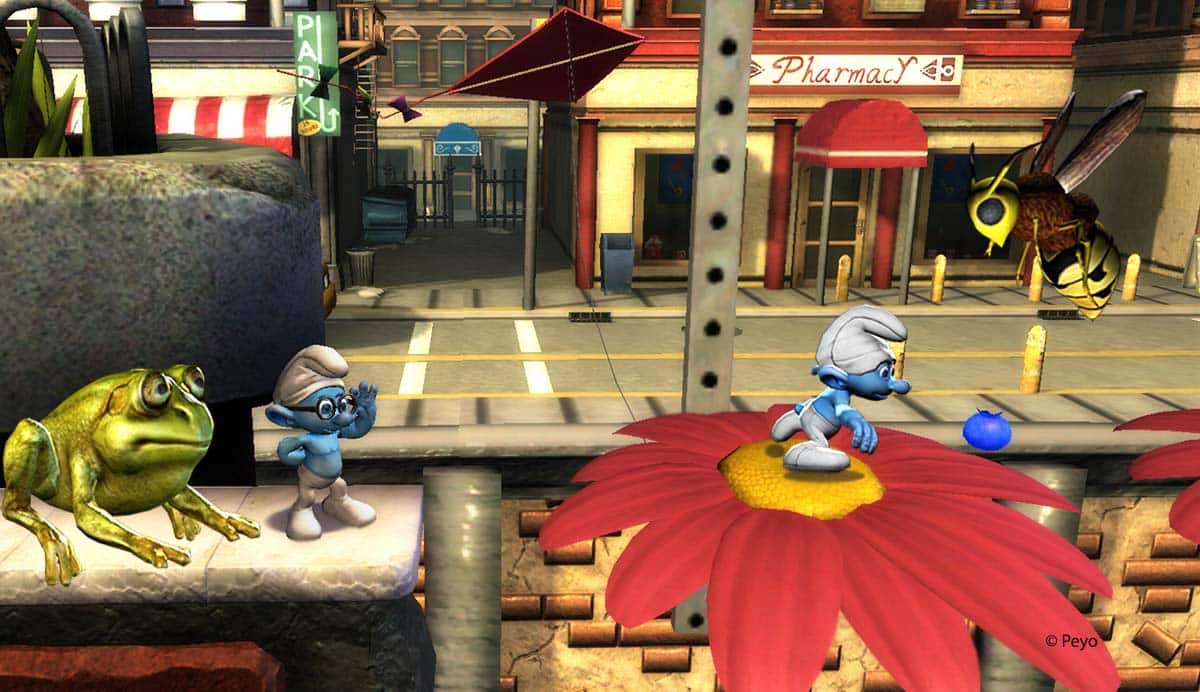 The picture above: oh look, it’s a platform game, bright and colorful to.. lots of colors!!!!

Look at this, it has lots of colors and it looks alright but its so disastrously bad designed that everything is just like a 16bit platform when they went from 16 colors to 256 overnight…like Zool 1 AGA and Trolls AGA… picture and colors was just too much and the graphics swallowed what was supposed to be the design and the colors just mish-mashed the picture so one can’t always see the text or stuff to pick up and so on as the colors go into each other. 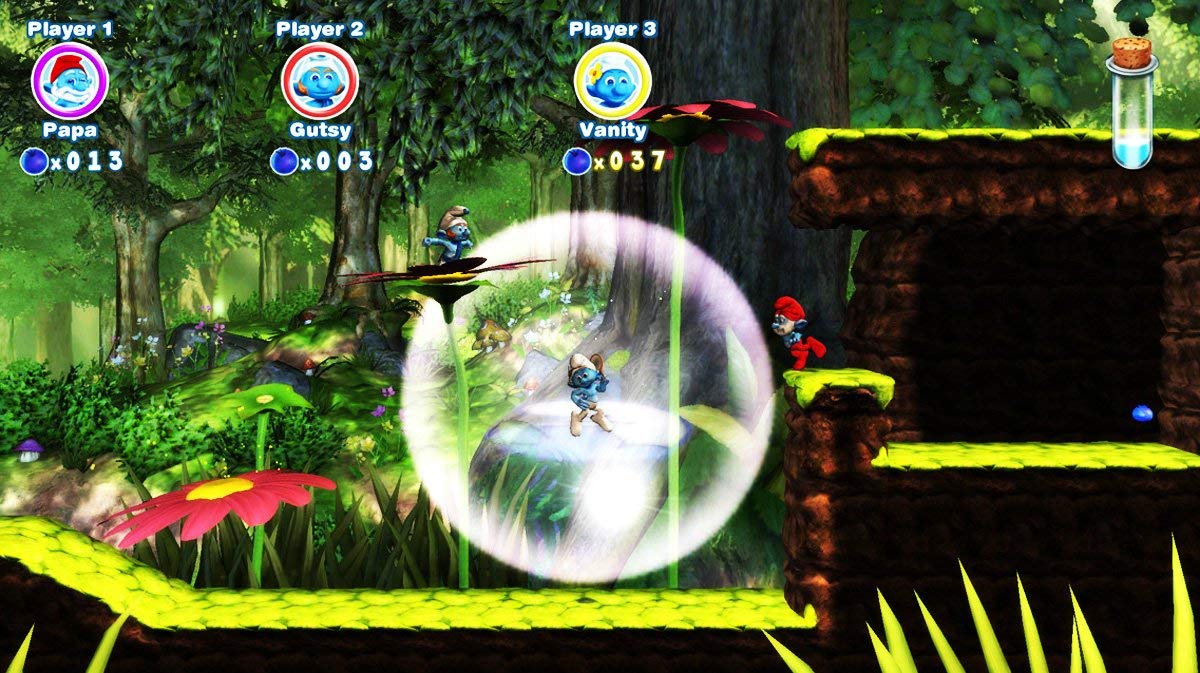 The picture above: look at that coolness!, Colors!, DARK BLUE ON BLACK! and 8bit sprites!

You have various locations in the game, it is quite varied in that respect but it’s so generic that i am sure they decided all this with help from some corporate who know nothing about games or if they do then they wanted to replicate an early 80’s game, just with more colors!.
So, next up is the character(s), seriously…this has to be another DS to PS3 game port, the characters have so crappy resolution that i bet i could can’t it’s pixels 1 by 1 if i used a magnifying glass, they’re dithered and smoothed so they look pixelated and washed out, how they managed to do that on an HD console… a mystery to me, these games used some 1 button cross compiler software for sure… 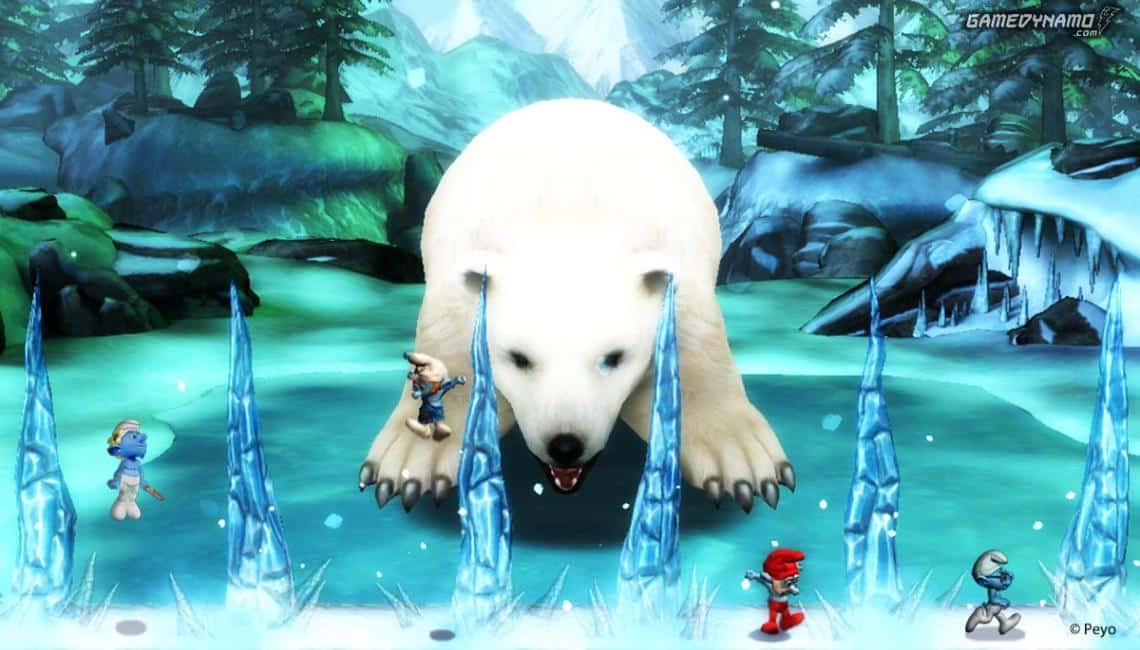 Picture Above: boss scenes like the ones above, quite cool actually and the single reason i continued playing the game, i must add that they added absolutely nothing to the gameplay other than trying to make it fun… yet it’s broken due to controls and difficulty spikes.

Yup, boss battles can be fun at times, not really anything else than entertaining yet so much better than the rest that they gave me a reason to play it further, i regret that but i have at least finished the god damn thing and will never look back even if i am missing a trophy or 3 only.

So the game is so crappy that when you fall off a cliff, get run over by an enemy or whatever..well you just want to throw something at it, it is so bad that i have seen nothing this bad since the ps2 days of shovelware and while it may look like an LBP type of game…nothing like it, controls are so unprecise and the graphics are so badly mapped that if you jump too far at places or jump down to a place that looks like a hidden path or whatever…well you get stuck in the graphics and will have to restart the level.
Ubisoft has quite a bit of awesome stuff but they also have a ton of crap but right now this is the worst one…at least on the PS3, what a disgrace and if i was part of UBI i would have been pretty pissed.
Movie tie-in’s don’t sell much anymore, it’s not like a decade ago when people bought those games at day one as there’s been so many complaints and rubbish games based on movies or such that even your grandparents know that these kind of games are normally so bad that their grandkids won’t play it.

Wayforward is the developer of this game, a developer whom started in 1990 but have no games from 1990 to 2000 in their portfolio, i am sure they are too proud of their first games to mention it together with later games like SEGA’s THOR, Silent Hill: Book Of Memories (Vita)… fantastic bad games they are… but wait!, this is the guys behind the pretty decent Duck Tales: Remastered from 2013 too.. i see they have done loads of games in the same style for the last 10 years but i am unsure about the quality on them due to them being on the DS mostly (which is a format i have little hands-on time with).