Oooops, it’s time for the 4th stinker(s) of 2013 articles series and this one game might not come as a huge surprise to many as it has been pretty well covered in the press with so much negativity that one has to ask how on earth the developer and the game got out on the market, oh and yet again it was another pretty famous developer who’ve got lured into the shitter by none other than Activision.., i am sorry to announce the 4th game as: 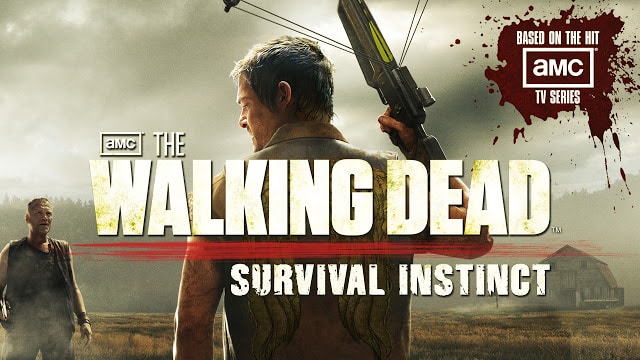 Typical Activision.. they just had to do a cash-in because of the Hit game from 2012 by TellTale and of course because of the amazing tv series, they probably put out a 6 months contract on it and expected the developer to do something amazing of the time and i am also 100% certain that Activision wanted nothing else than an FPS game and they succeeded in creating one of the worst games in 2013 and possibly one of the top 5 worst games on the PS3, quite a feat all considering…. 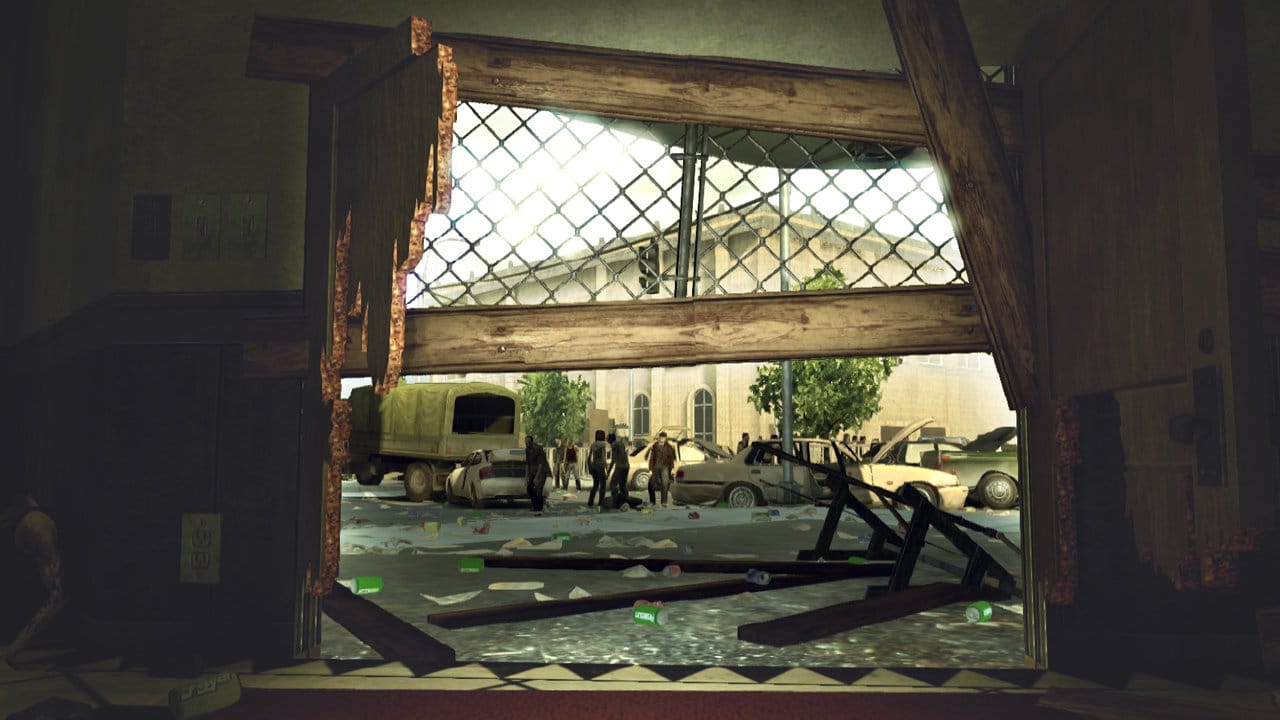 The picture above: i love a good sound sample in horror movies and games..there is nothing to like here.

Don’t you hate when someone puts hate on something you don’t hate?, stuff it as this game is a very lazy game and a recycling of stuff they never did release as this is old assets that were too crappy to be in their own game so they just whipped up a buffet of what they had in their cupboard and some leftovers which had been blocking the door to keep the smell of rotten pizza in the office, yup a doorstop.
The TV series is a cheap production, it has a cheap cast, it is darn cheap to produce and they re-use assets all the time i guess and this is why Activision accepted the developer’s crappy project and only saw it as a cash cow. 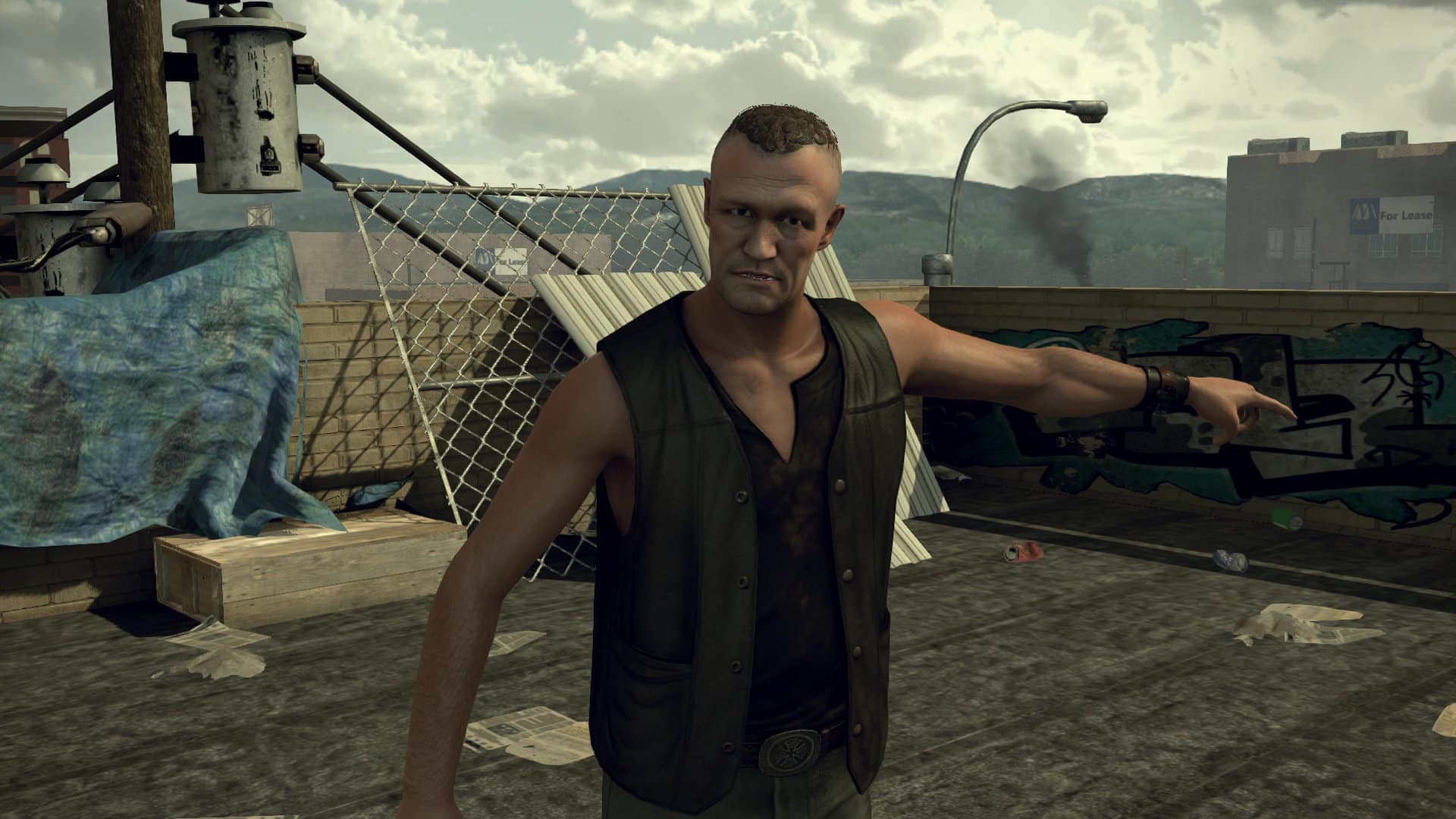 The picture above: amazing deals, top state on second-hand games, WE DO Games!

When there are games i need that no other take in i go to with Gamestop or something called Spaceworld, both shops are the worst kind as they take twice the price the games are worth and if there is something cheap there then something evil happened in the world and they decided to make some gamers happy by reducing their games with an amazing 10% off the already overpriced product…oh and of course Gamestop have that amazing bargain were used games cost more than new games in their own store for their own games….
Anyway…. i mention Gamestop now as i decided to drop in there to check out this game (and other crap titles like Hotwheels, ride to hell etc) and i could not find a trace of this game so i asked the “n00b” at the counter and all he had to say was that it had sold out and that they won’t stock it again unless it is a used copy which they would be very happy to re-sell.
Eventually i found out that this game had never been sold there and that there was only 1 shop in my city (yes i own a city… not) and that was Spaceworld…. they were sold out, they had taken in 1 copy as they had heard how bad the game was before it was released.

WTH, this is amazing, how is this even possible? these 2 shops would normally take loads of money for this game as it is considered rare in this city, my god! where has the greediness gone? have they finally understood our concern?… OH WAIT, 25 copies of RIDE TO HELL and a bunch of Wii titles float around at some table at an amazing 40% price cut… 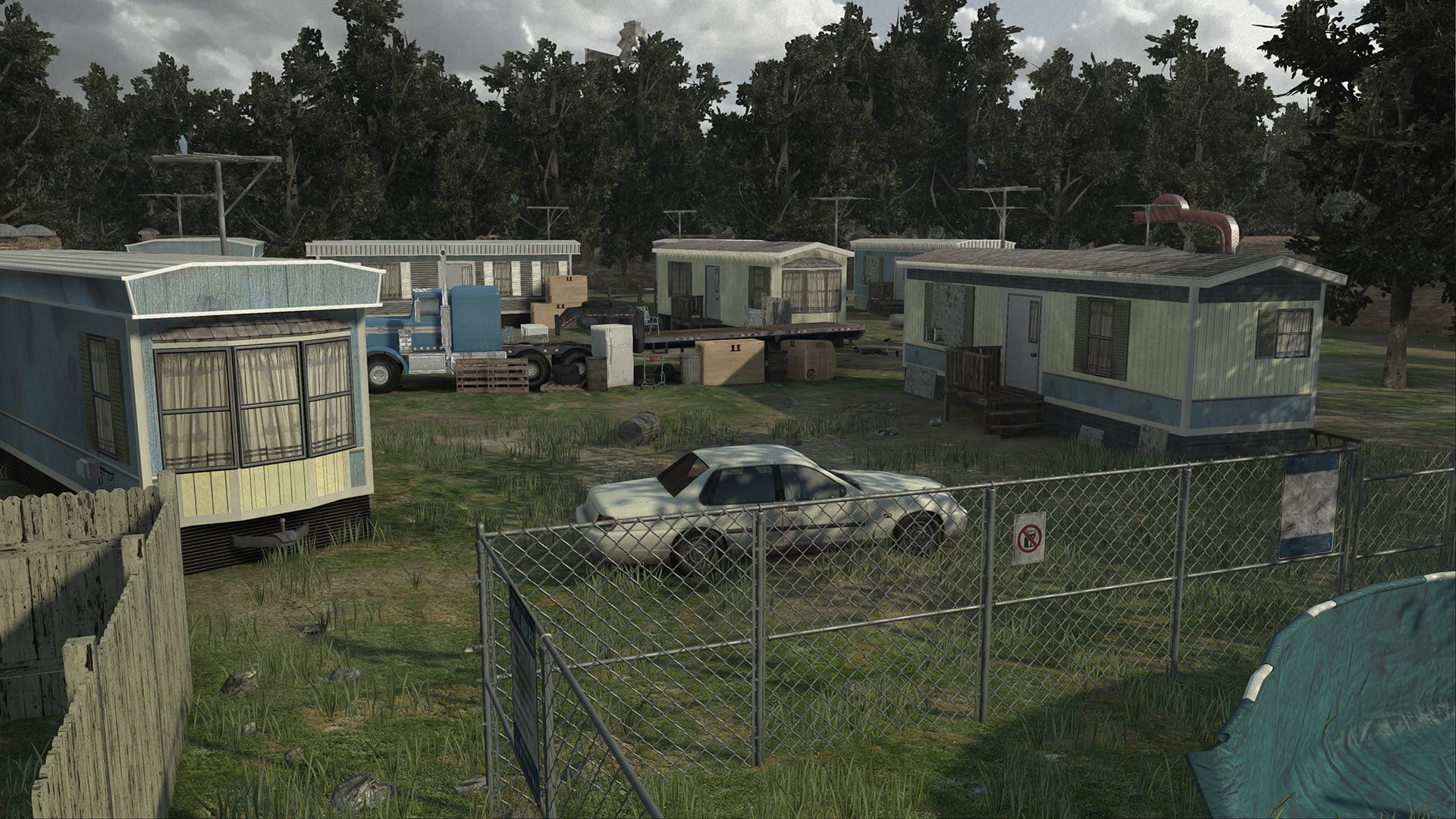 The picture above: Graphics can sometimes sell a game to me, this game looks like it will never do so…unless i find an ultra rare PS2 release of it… Do they still release PS2 games in Russia?

Ok so, no there ain’t a PS2 version, i was mocking the graphics, i am not so sure i should as sometimes the graphics can be pretty average but most of the time they’re just ugly and while the framerate can sometimes be OK there still should have been a 60fps version as i am sure even the ps2 could have done it in just that.
So what normally comes with sloppiness in the graphical department?, exactly, A.I. there is no such thing as A.I. in this game, well ok there might be some sort of it here but if so then it is so stupid that i have seen nothing like it in years, they’re almost like zombies…OH WAIT!… even dumber than zombies is what i meant…if there is such a thing. 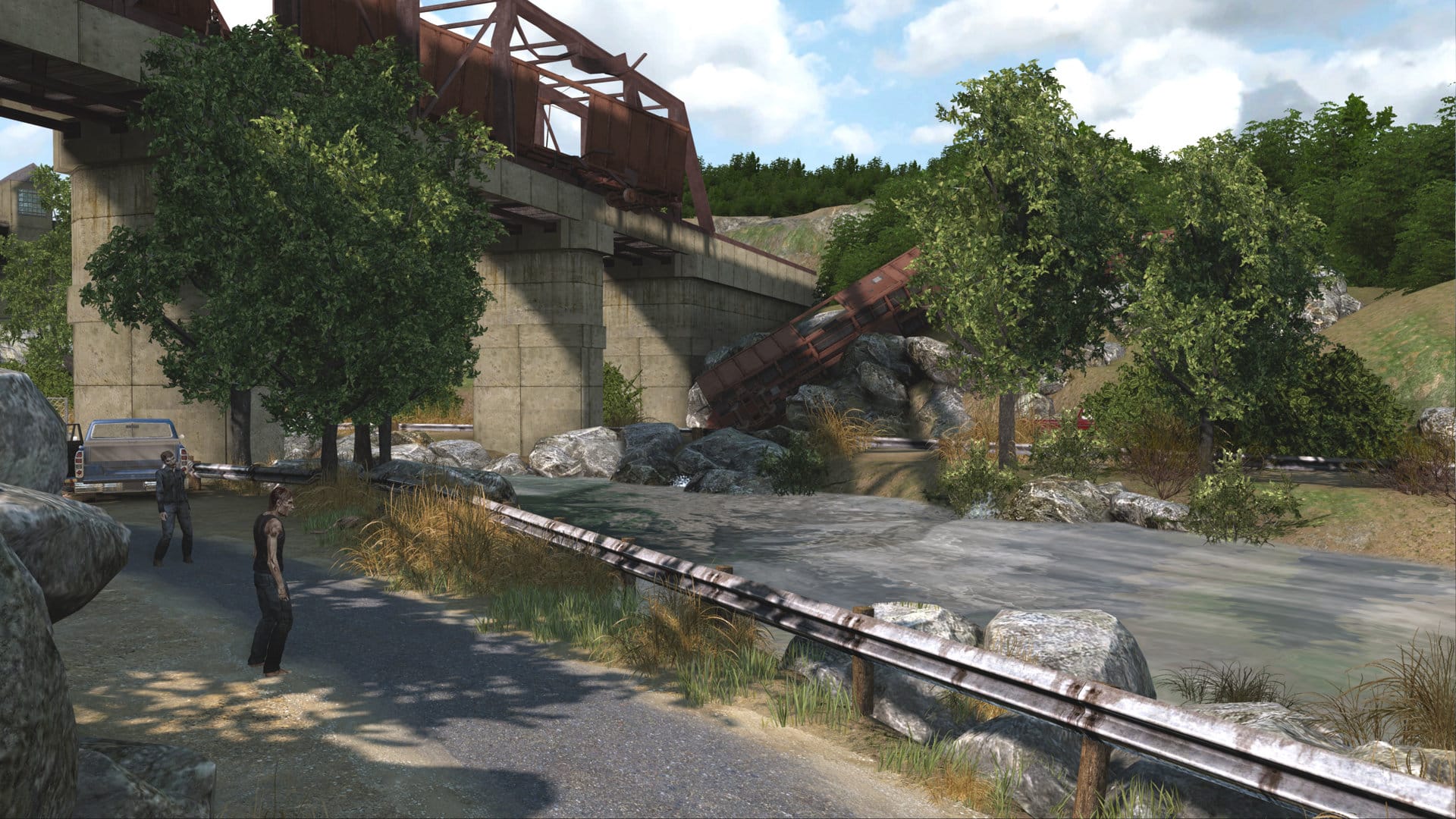 The picture above: very dark and at times so dark that you most likely get lost and switch the game off, or at least the tv as it would be the same thing…the picture here is very bright btw!.

So the game does some stuff right, some of the stuff in their cupboard was pretty ok but due to their rush job of a cow cake they managed to make it into yet another sloppy attempt at something cool, zombies with close combat and dark areas are cool and amazing but when you got fiddly controls and can’t see shit and at the same time have a hard time to focus means that the game yet again fails, how come no one can do what Naughty dog have done since 2007?, to create dark stages dark yet not dark due to amazing lighting effects. 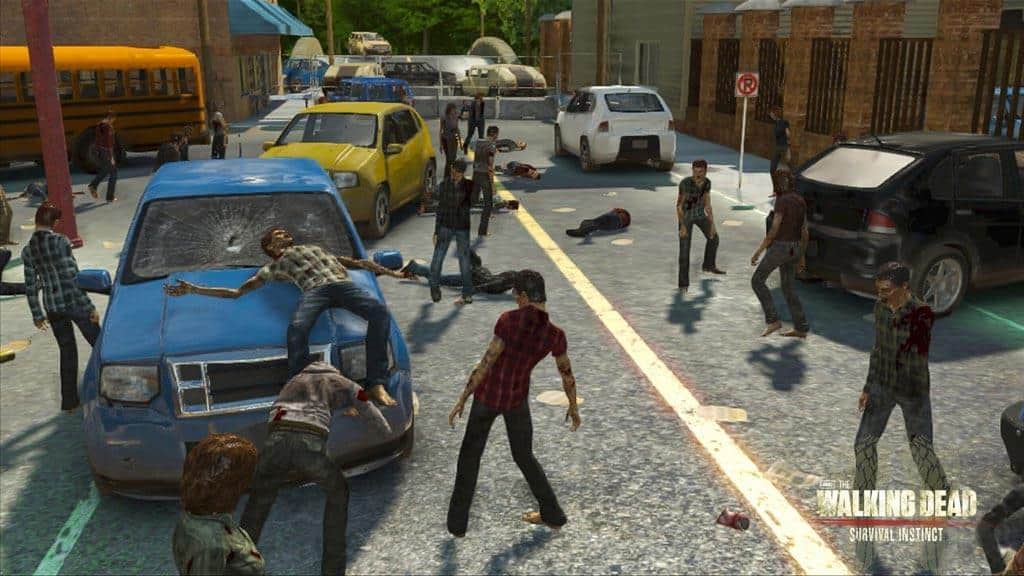 The picture above: Hey hun?, HONEY, SUGAR!! what have i said about your double parking?

Skillz, goddamnit this game have skills, it’s almost like they used zombies to develop it, i mean, who came up with special effects like the one above? double parking got a new meaning here, either that or some American bus company came up with a type of “sidecar” for their busses for students with special needs……oh look, mommy, i can drive to school!…
Ok, so enough with the jokes and while i know collision detection and normal z movement can be rather hard in 3d tools from the 90s i somewhat expect that a paid studio should get the hang of it now or at least have upgraded to one that does it for you…
Amazingly enough, the developer of the game is none other than: 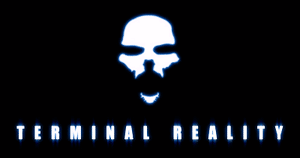 Yep, this is the team who made great games like Ghostbusters which btw was awesome in my opinion and almost like a proper movie sequel but since then they have made killer games like Kinect StarWars which was slated as one of the worst games too… what happened to these guys?… oh i just have to report to you guys that these guys have a very jumpy past as they have made one of the best games ever “TERMINAL VELOCITY” in 1995 and since then they joined Microsoft? (ok, now we know..) and made amazing (NOT!!!) games like monster truck madness, Cart Precision Racing (WTF??) and then all of sudden they managed to kick back with an awesome game 4×4 EVO and while i like 4×4 EVO 2 more than the first i still think the game(s) are pretty good.
Since then they basically just produced crap…until they got the license to do a Metal Slug Compilation and then the rather goodGhostbusters.
Rocky past and maybe this is why Activision used these guys for a cash-in as no-one would recognize their name or whatever and just ignore if the studio was closed down…
And yes, the studio closed down in December 2013, what was the reason? this game i bet.

DO NOT BUY THIS DISASTER OF A GAME!, let Activision pay for it if so!.

Stay tuned for the 5th game, i am sure that you know which one it is by now….or maybe not!…