Finally, this is a game that i have been waiting for! , yup Final Fantasy Fishing in VR. Much to my surprise is that this game is more than just fishing as it includes a storyline too if one could call it that.

FFXV: MOTD VR is basically a Virtual Reality version of the fishing/hunt segment of the full game and the point of the game is to fish enough small fish to unlock a boss fight in each era. There is a story to it all in there too as well as various other things like tournaments and so on. 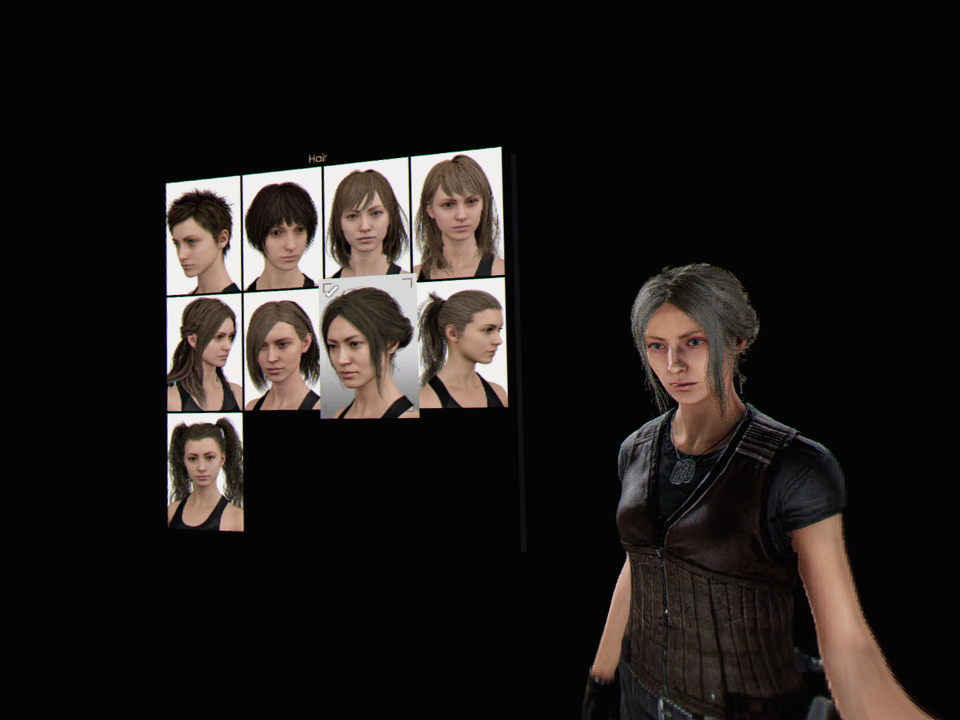 A pretty good character customization is one of the first things that you meet in the game, create your avatar and be prepared to use it quite a bit as you will see it quite a few times while playing, especially in the picture/camera mode. 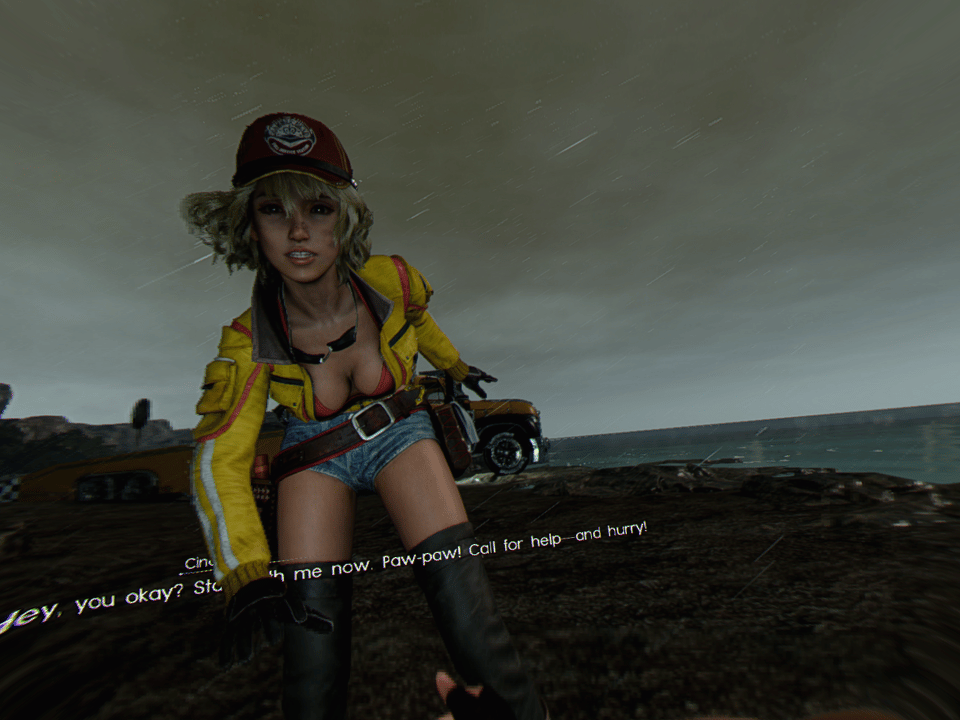 Cindy from Hammerhead is back and yes she looks just as amazing in VR as in the normal game, it’s pretty hard to focus on the story when you meet a beautiful woman like this and yes the clothing certainly didn’t make it any easier either. 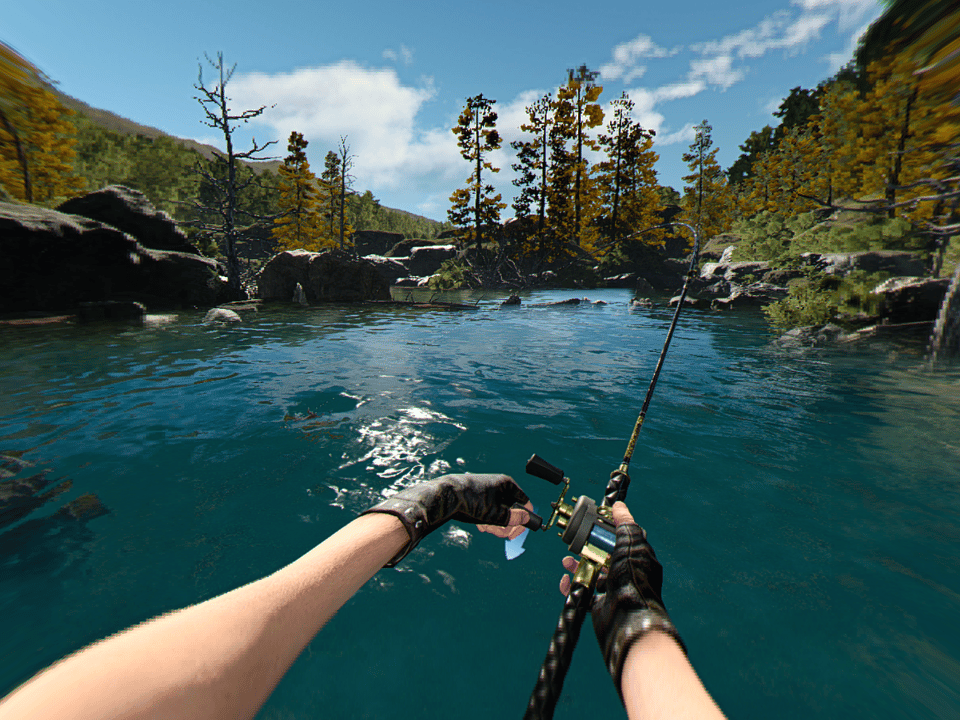 Monsters Of The Deep is at first glance a very good looking game, most of the levels/locations are bright and colourful.

The Fishing mechanics works really good on both controller schemes, Dualshock 4 controls work fine and while far from as immersive as with the Move controllers it still offers one of the best fishing mechanics i have seen in a DualShock fishing game before.

Controls with both move controllers feel very intuitive where you use one hand for the rod and one for the reel, huge plus to the developers here for the idea used as it never breaks the game or cripples the movement. 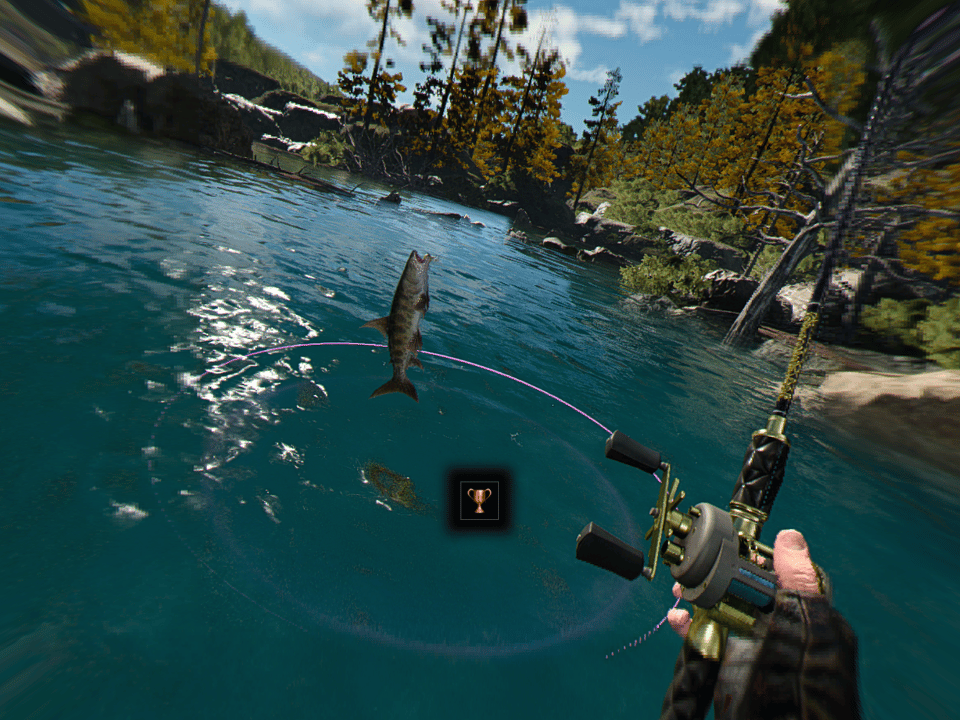 There are quite a few locations in the story mode and the way you unlock them is to fish a certain amount to open a boss fight type of game,  this can be 10 fish or it can be less as it all depends on the size and type of fish.

Every location can be played freely in free play mode and you will also eventually unlock Tournaments and hunts (and more) in most if not every location in the game. 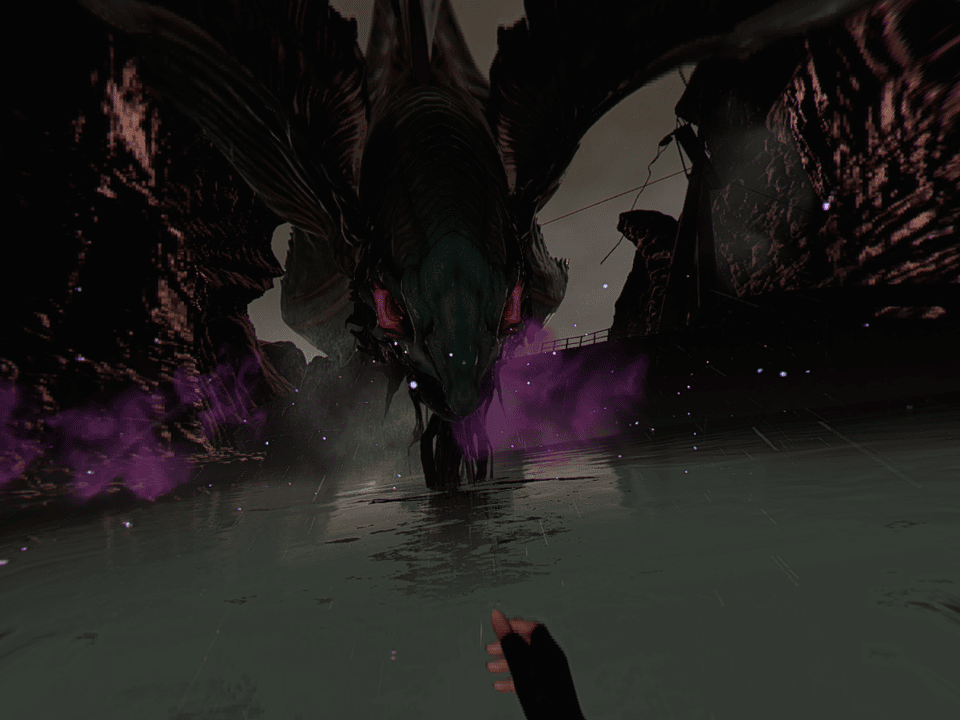 This is one of those Demon fishes that you encounter in the game, you actually fight them with a crossbow before you get to use your fishing rod to reel it in.

It’s basically a mini-game mode more or less, a brilliant fishing mode first and then when the boss fight starts it turns into an arcade mini-game gun shootout style mode.

A crazy idea and one that normally wouldn’t work in a game, but it’s Final Fantasy so everything is allowed and somehow they even managed to pull it off in a pretty good way. 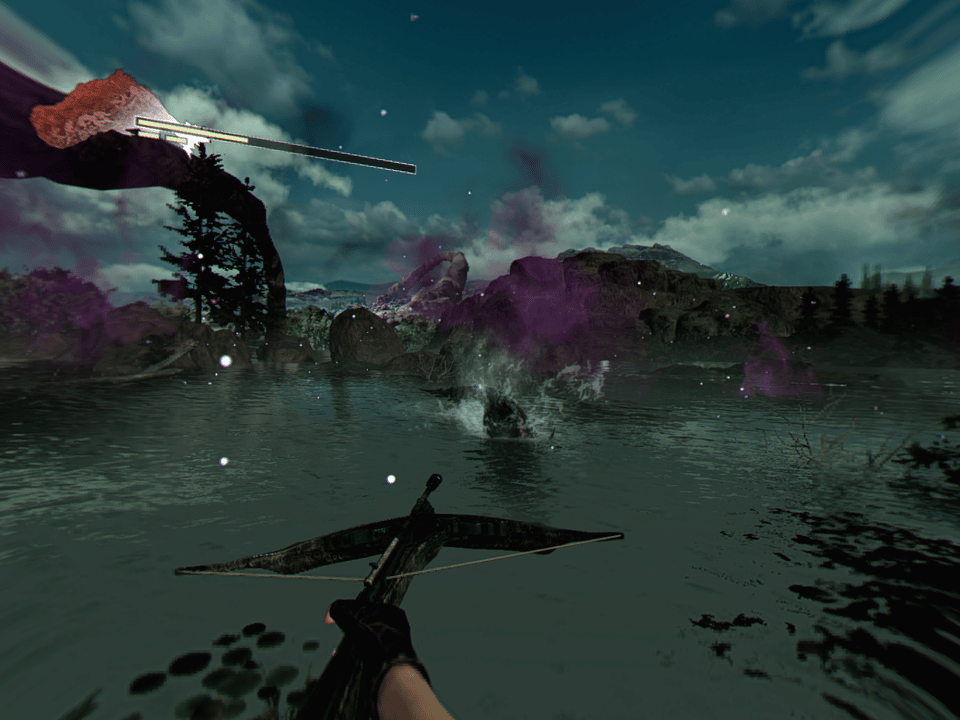 Here’s a screenshot of the actual boss fight, aiming can be a tad annoying and sometimes hard to hit the stinking fish but i never failed throughout the story even if i sucked quite badly at times.

You will eventually meet some more familiar faces from the XV universe, a new location means a new friend and new tips and some challenges and so on.

It was fun to meet the gang in VR even if it felt a bit unneeded.

And it keeps getting better as you can see in the screenshots, Cindy eventually returns to your cabin (which is the hub of the game), i have no idea what on earth she did to my car or whatever, i even checked with English speech and subtitles, no chance in hell as i was too focused on trying to look out of the car and directly at her…. umm yes, you know.

It’s a bit odd how a fishing game can get a bit sexist but it is FINAL FANTASY after all right? 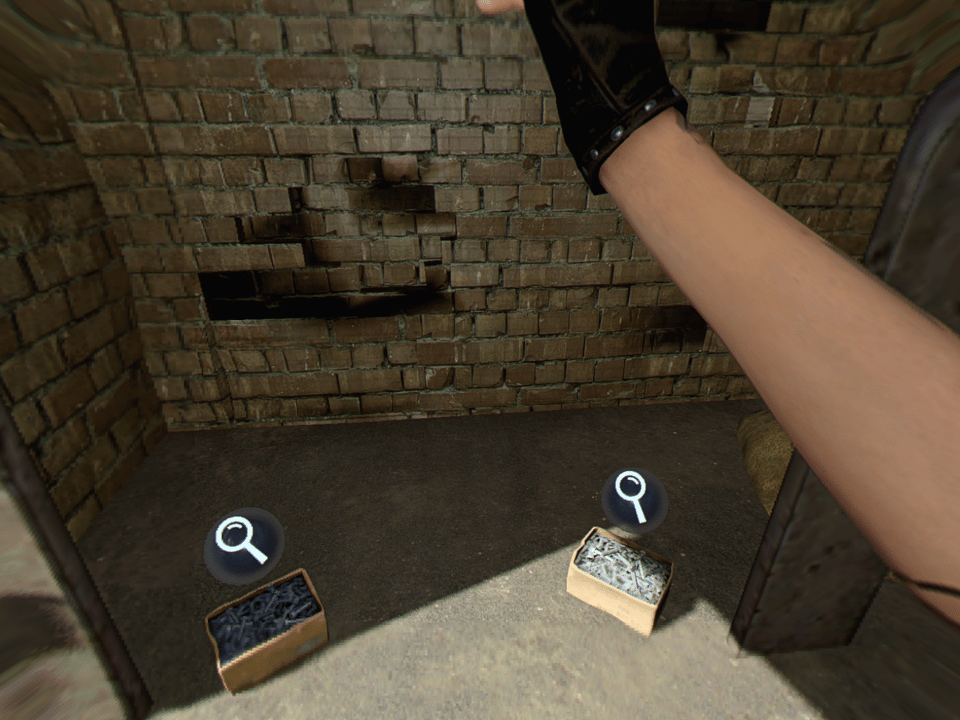 You walk between the fishing spots in every location in the game and sometimes you find things like this, it’s actually stuff that you can decorate your hub screen (the cabin) with, it feels a bit half arsed but still nice that they have put it in nonetheless.

The immersion is a bit broken as there ain’t any full locomotion support for the game so even if you play with the Dualshock you still have to snap and jump move around from point to point. 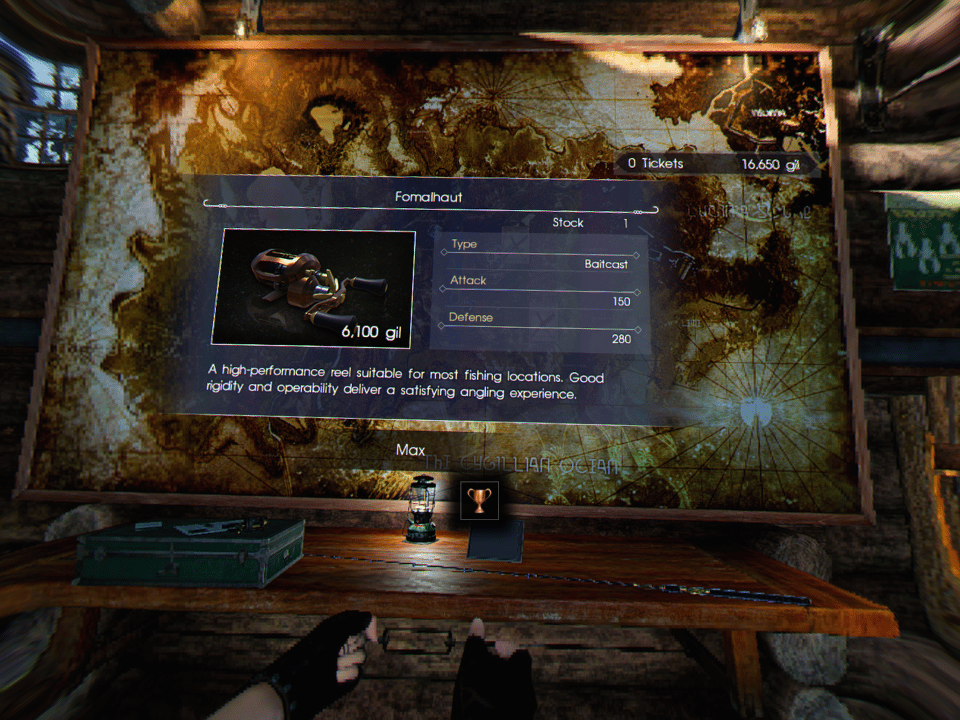 The hub in the game features the usual things like an upgrade section, a shop, your equipment and all your stash that you have found in-game pop up everywhere (its called decoration…), you walk around in the hub (and fishing spots) but sadly its only snap move and not full locomotion and so on.

Leaderboards are always fun right?, well keep in mind that this is Final Fantasy and that there are some fantastic players out there..  bloody impossible for me to get anywhere at least.

You get to sit in the car and everything but there ain’t any driving in the game at all, it’s just a submenu /hub thingy where you select what to do next (the type of fishing activity that is). 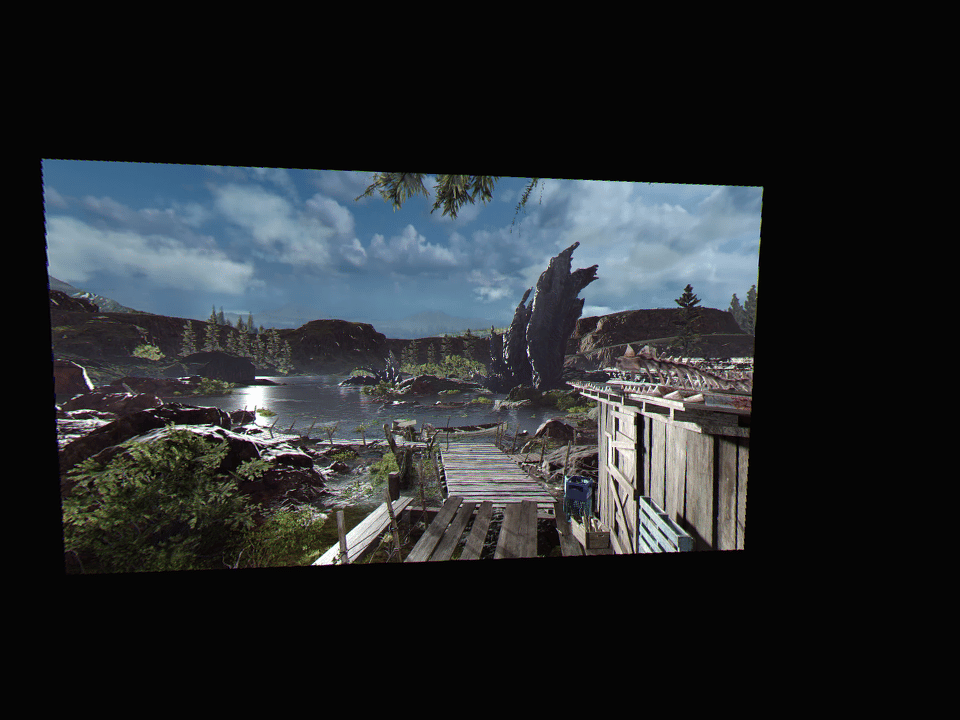 The in-game Videos/cutscenes looks gorgeous as always,  they are presented in Cinema mode and not in VR so some of the immersion is broken by that but it still looks brilliant and you could always zoom more than i have if you want to, but the reason why i have set it to this size, for now, is the screenshot feature and this article. 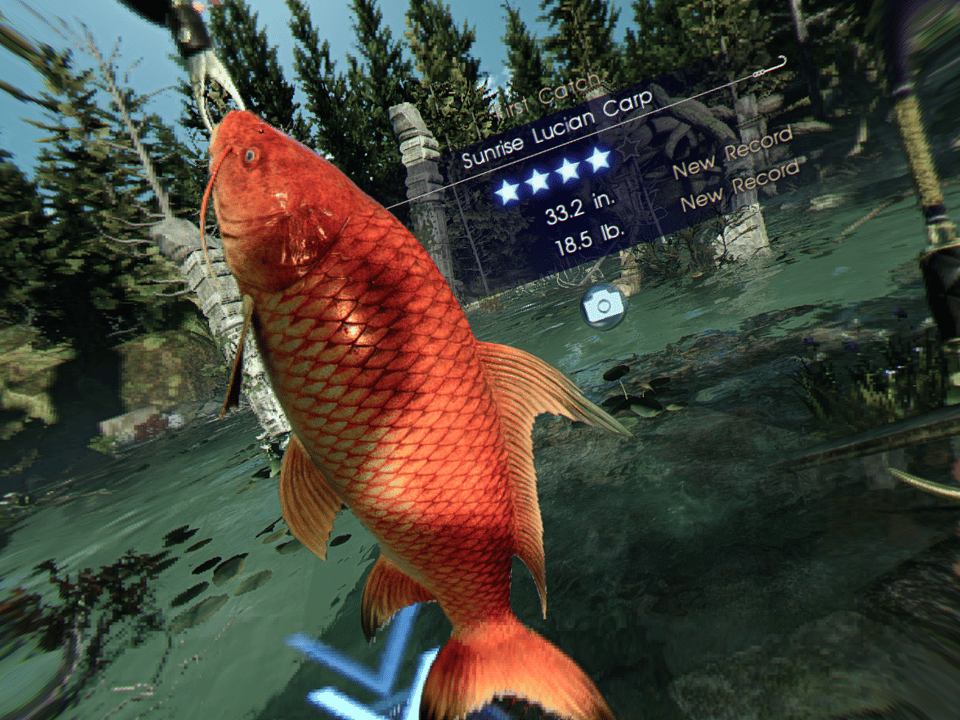 It looks brilliant in the screenshots i guess but even better in VR, when you hook a new type of fish in then you end up look all over it and checking it out more than you ever would have done in both real-life and in flat gaming.

The details are there and while it ain’t a simulator or anything it’s still fun to check them out.

These are just random shots really, i guess i should have done more screenshots of the locations but i didn’t want to totally spoil the whole game for you guys.

Anyways, the screenshots show various things and one thing is for sure and that is that the game looks great right?.

This is a typical posture when using your DualShock controller in the game’s photo mode, funny stuff.

I recommend using Move controllers for getting the most out of this mode. 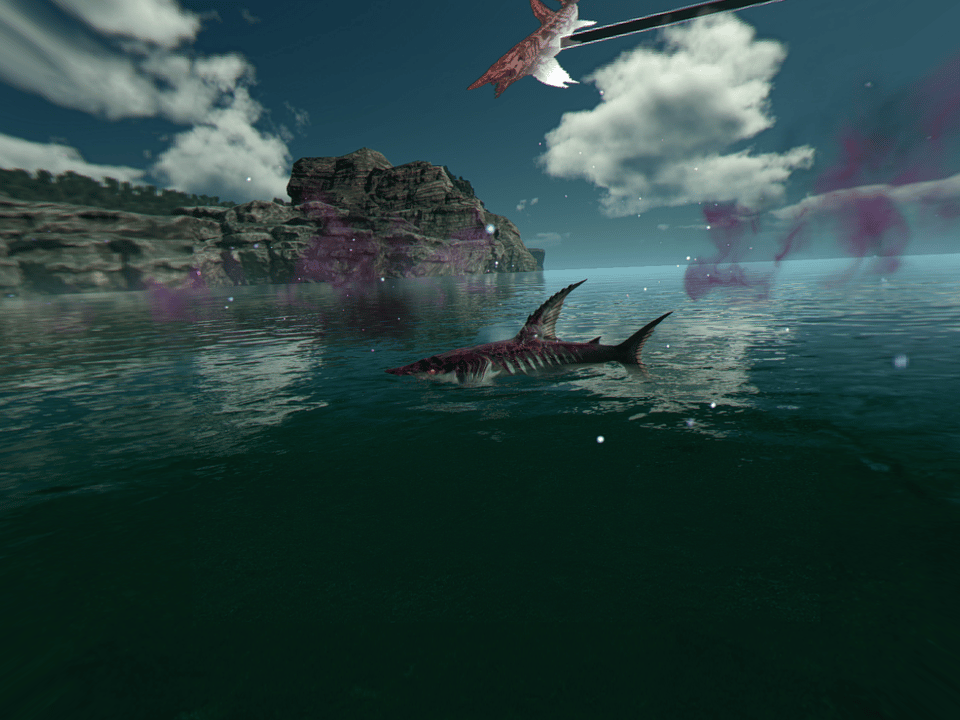 I’ll end this article with this little screenshot, yup it’s another one of those Demon Fish thingies. It looks great but i never found it to be any challenge to catch at all. the game mostly plays itself really and while it’s fun there is still room for a lot of gameplay improvements like underwater camera mode and so on.

Final Fantasy XV: Monsters Of The Deep is brilliant at times, it looks and sounds as good as i want an FF title to be, but a bit broke due to the Teleport/Snap control option and i certainly feel there is room for much more gameplay in it all in all. There’s loads of replay value to be found in the online and free play modes for sure, but it’s the hunts mode that i know i will play the most.

A proper VR game for the Final Fantasy fans for sure, go get it now!.

6 thoughts on “PSVR Test: Final Fantasy XV:Monsters Of The Deep”