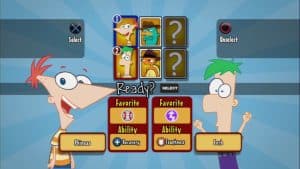 It is quite funny how things end up, i mean, i am an old man now and when i grew up Disney meant Disney, but, these days it looks like just about everything or anything can get that highly acclaimed logo onto their product.

I guess i am just getting old and grumpy here but i always thought Disney was about Mickey Mouse, Donald Duck, various family musicals and the likes and not stuff like Schools Out, Phineas and Ferb, Star Wars, SpiderMan and so on…

I guess Disney had to change to survive and i am not saying that Disney suck here or anything remotely close to it but yes they do suck in a less sucky way than.. ok i will stop there. 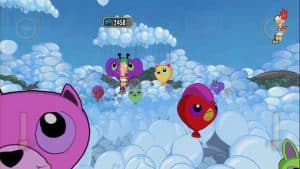 So here we are now, he got me into the series and now the game, the game has a 2 player co-op mode so that’s a perfect match for both of us.

He masters the controls pretty good but it is pretty obvious who he is playing in the game but it never got annoying to play with him so that means that he liked the game and that it didn’t matter too much if he struggled in various parts. 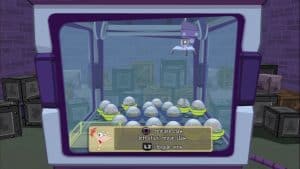 The game is a standard fare platformer with a few cool ideas and puzzles. A few bonus levels and such are in there too (skeeball being my son’s favorite).

The game looks good and represents the series very well both in graphics and sound/speech and while i have yet to see all of the game i find the game to be quite entertaining even if the style is pretty much overused these days. (i miss proper platformer games like Crash Bandicoot and Spyro etc!).

Phineas and Ferb are one of few movie adaptions that actually works as a game, they have spent time on it and it shows. ( same with the latest Spongebob game and Deadpool and Wolverine years ago ). Sadly parents and the usual crowd that buys these type of games have been burnt so many times in the past that they try to avoid buying anything that comes close to something like a movie/series tie’in, and, i don’t blame them.

The Wii and before it the PS2 (2005 and up) had so many crap titles in this genre that nearly destroyed the industry, Kids games or games based on children’s tv stuff doesn’t have to be bad but there are so many companies out there that just want a licensed game out as fast as possible and sadly they tend to use the “b-team” for the development of them.

Ok so there you got it, this game is actually quite good and is varied enough for most although it does get a bit boring after a while, if you play it with together with someone then this problem does go away.

The video above is a recording (not edited) from when I and my 5-year-old son played the game (his first time for this game), it is over an hour long so one should get a few good ideas of how the game plays over a little part of the game.

3 thoughts on “Retro Travelling Style: Phineas And Ferb Across The 2nd Dimension”