Sniper Elite V2 came out earlier this year and it did quite good at the charts and like the first game, it managed to sell better than expected.

I have just completed the game on the highest difficulty and it’s been hard, really hard!.

Hard is fine as the game hasn’t been unfair or dodgy but it’s been hard!, every time i spotted an enemy my heart jumped, it was a tense game and one that i enjoyed from the minute i put it into the PS3 up to now.

I will give the online a try eventually, as you all know i am not all that much into Online stuff until after i have completed the game and finished up other games i have on hold. 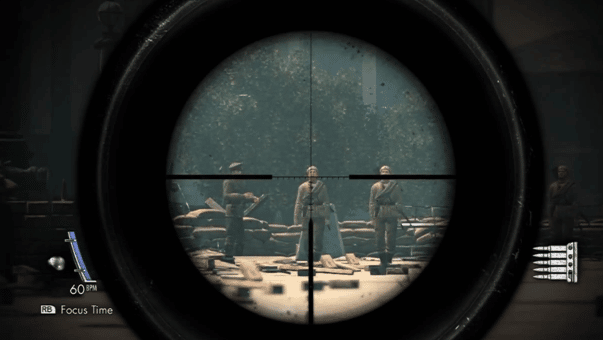 CO-OP in this game seems awesome and i will dig into that soon i hope.

Graphics are good, it does the job and it looks authentic enough to forget that its a game.

The sound is awesome, tense games like this with this quality of sound made this game a really exciting game to play.

Gameplay, standard fare i guess but the tuned it as good as they could and it shows, no lags, no glitches and slowdowns to destroy the fun here.

As many know, i am not a Call Of Duty player and i guess Sniper Elite and such games like MAG, Binary Domain etc suits me better as these games tend to go outside the norm and actually make a game out of it.

Rebellion hasn’t had a great track record the last few years but this game shows that they know how to make a good game just like they used to in the good old (Amiga)days.

Want a different shooter? , want a challenge? , go for Sniper Elite V2 and by now its probably in the bargain bins too. 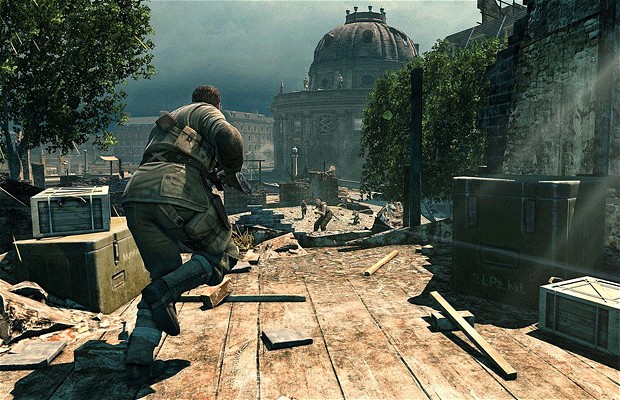