LittleBigPlanet Karting is the 6th game where the star is a cute ragdoll named Sackboy and i guess it was in due time that it would be a Karting game as that seems to be a common thing with huge franchises (Crash Bandicoot has had several, Jak And Daxter had one etc and there will probably be an UnKarted soon?).

First off i must applaud Sony for doing this one, they managed to bring together all the Sackboy games to date and put its story elements into an interesting karting game, everything from the bosses of former games to level designs and they even put in another Sony franchise which i won’t spoil for you guys but i must say that those levels are brilliantly made and fun. 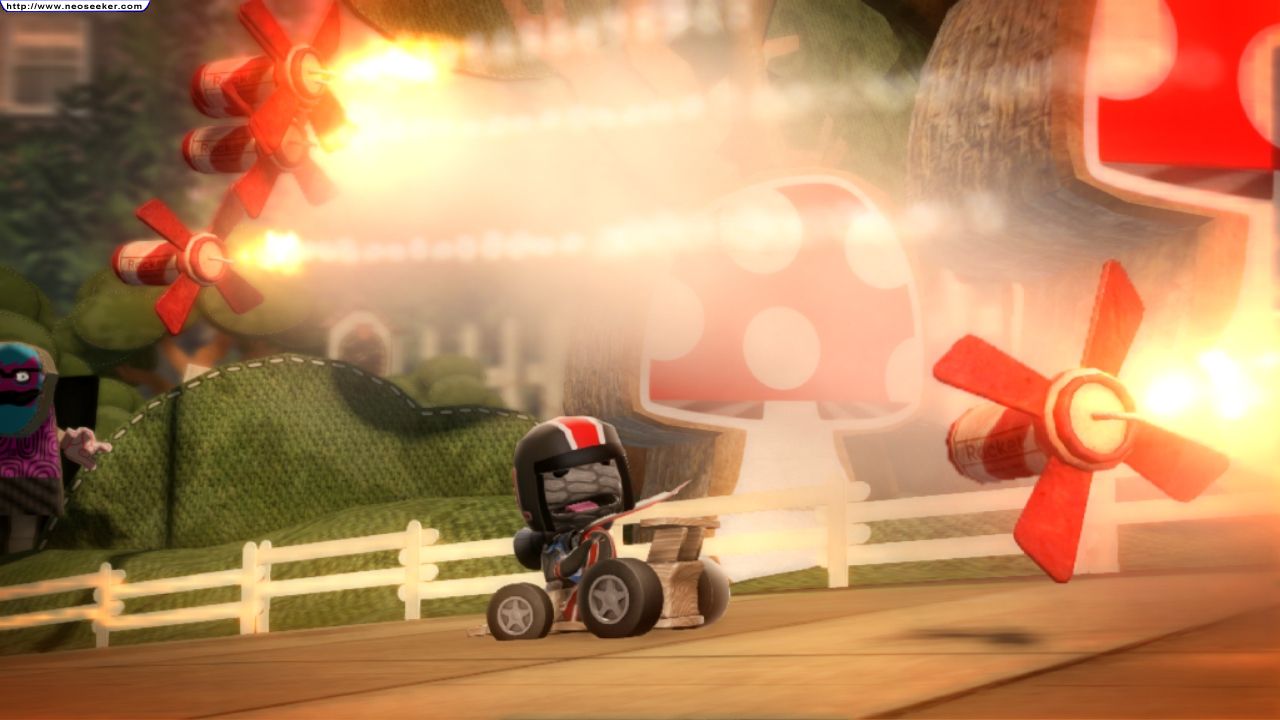 The Developers behind the game is the same guys who made the ModNation series (United Front) and i love their games but they messed up the VITA version with sloppy framerate and no online gameplay among other things which have made me pretty reserved towards to the launch of LBPKarting.

LBPKarting has a awesome online section and one that is already blooming with new people and new creations and the few races i have tried (a couple hours tops) certainly inspired me to try more.

Online races had no lag what so ever when i played.

Story mode can as always be done in 4 player co-op offline or online and or mixed.

The story mode has 7 planets with loads of tracks and themes to it.

Story mode includes all kinds of mini-games, both good and bad ones.

Loads of gifts to pick up.

There is also a Battle mode in the game, a bit like Twisted Metal and there is already a twisted metal battle arena made by fans out there so go and have a look, it’s pretty mental.

Creation mode is huge as always and really hard to comment on without spending hours upon hours on it but let’s just say this, the 57! tutorial videos are taking forever to go through.

The music in the game is remixes and original stuff from the 5(?) other games and to this date, i still think the music in the first LBP was the best and it made me really happy that they put them into this game too.

Graphics in the game is sweet and pretty decent for this kind of games, a huge plus is the whole Create/share stuff as you can make just about anything you want and that certainly requires a nifty engine.

Gameplay, standard stuff but with some really cool weapons and twists and while i didn’t much new in the game they still managed to entertain me way more than most Karting games.

Handling and general powerups and AI stuff seems solid enough and some of the bosses in the game will make you scream just like they did in the other LBP games. 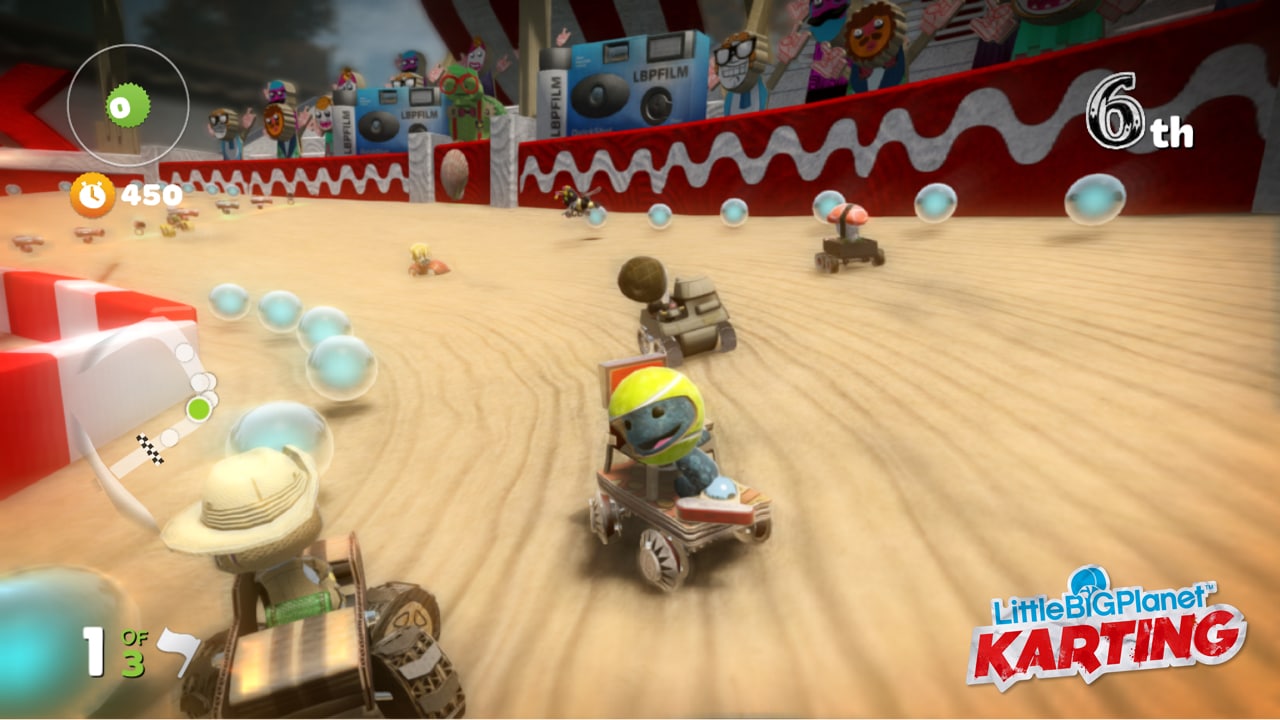 I forgot to mention this in the LBP Vita article but all LBP games are now cross-compatible with costumes etc so you will be able to use your Sackboy/girl from earlier games that you spent xx hours into making so perfect.

Sonic Allstars is not out yet so i am not sure which will be the better of the 2 but if Sonic is better than this one, then that is one heck of a game.