Blood Drive is the third and last instalment of the Corpse Party series, a Japanese horror saga that, despite its cute appearance (the in-game characters are rendered with a super-deformed style), can really send shivers down your spine. 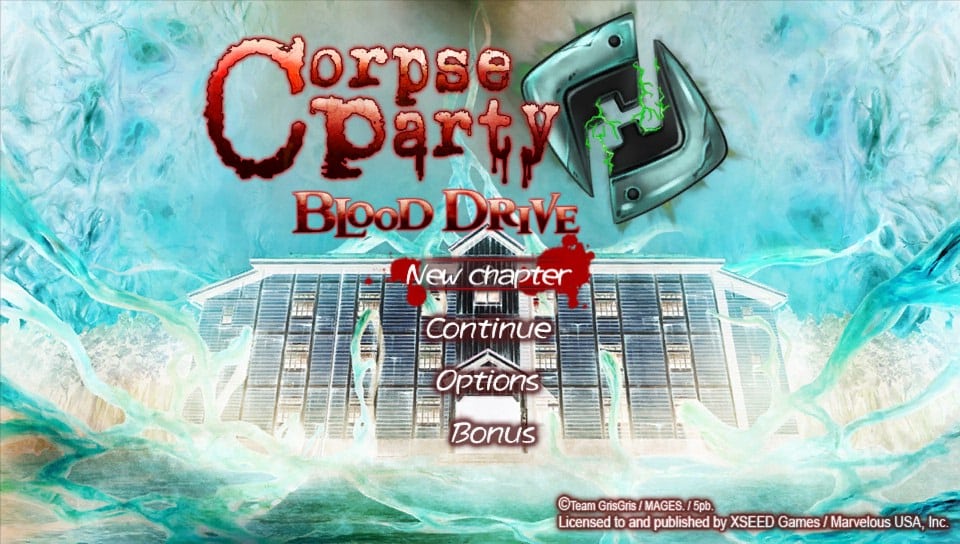 I discovered this game while I was searching for a visual novel to play after finishing the outstanding Steins; Gate. What allured me was, as sometimes happens, the fact that: it’s Japanese stuff, it sports an awesome manga visual and it comes with a collector’s edition. The best thing about it is the artbook, which contains a synopsis for all the games of the saga (very well though, if you missed the previous chapters) and lots of anime-style images. 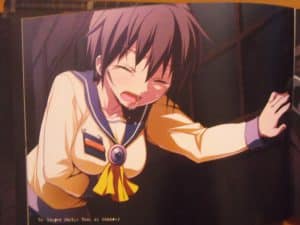 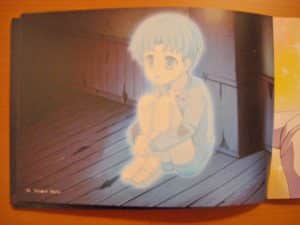 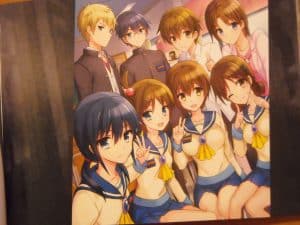 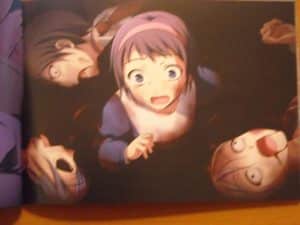 Also, a full double CD soundtrack is included, making it for a nice (and scaring) atmosphere. 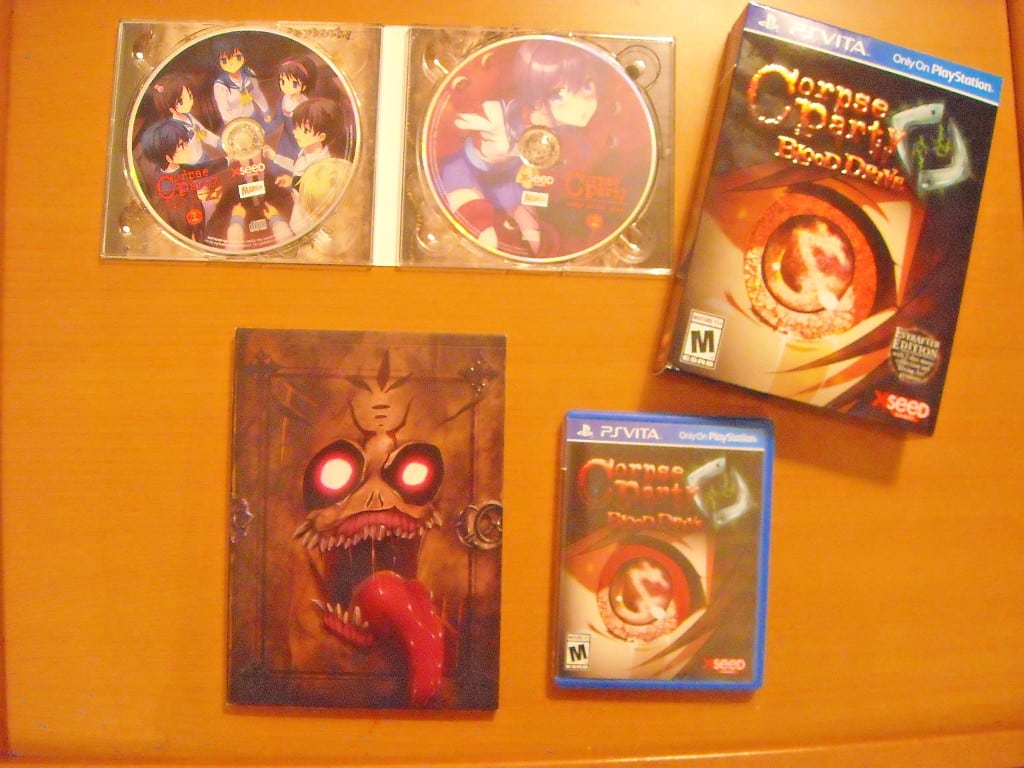 Although these features are not automatically a synonym of “good game”, I must admit that this game is a good one, regardless of anything else.

The story is supposed to finally put an end to the curse that killed a bunch of young students, even if the plot never completely explores the ins and outs of the saga which, for a certain amount, remains unclear. I believe that this fact despite actually been a flaw (which is normal when sequels that weren’t originally planned come out), it’s a minor one and won’t luckily hamper the story.

In the game, you’ll get the chance to impersonate different characters, all of the survivors of a former tragedy that took place inside the infamous “Heavenly Host Elementary School”. Despite the name, there’s no Heaven in that place, which was the set up for a mass kidnapping and then slaughtering of students many years before the facts depicted in the game occurred. 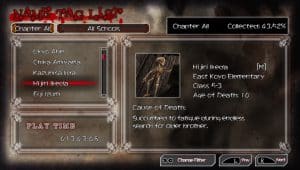 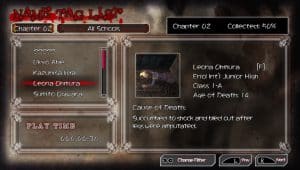 Now a new school, the Kisaragi Academy, is built on top of that building and that’s why, after an occult charm to bond a few friends forever is made, Hell is unleashed. A further ritual, performed in the attempt to recover from that evil made things even worse…

And here is where you start … the school collapsed on itself and only a bunch of students managed to survive the ritual. Now those students are trying to forget what they saw, but it’s hard to forget your friends and relatives who died in the school. 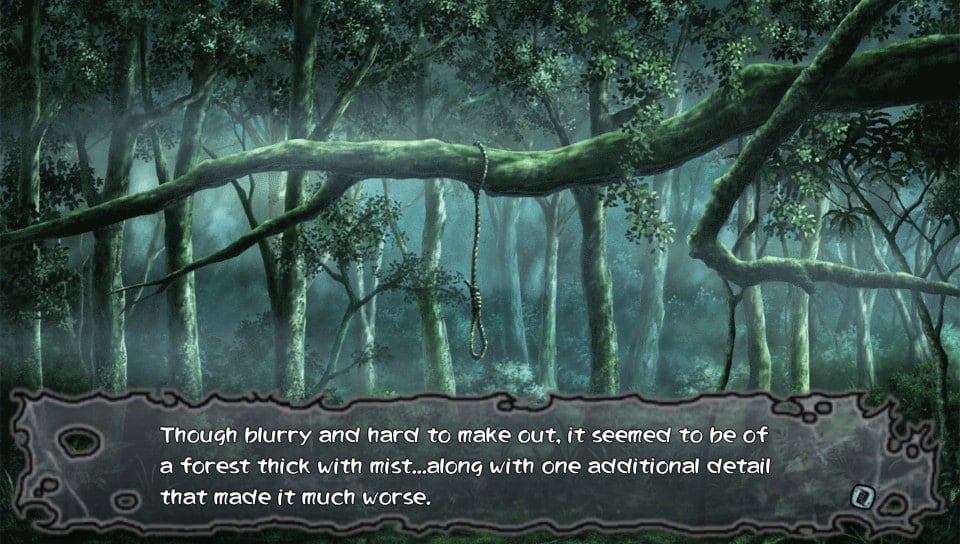 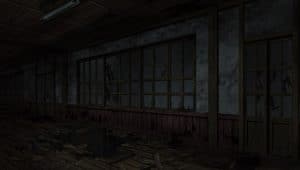 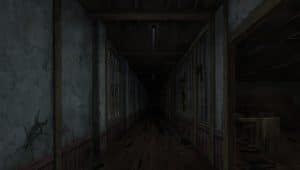 To make things worse, you are both consumed by guilt feeling for surviving this madness in the value of your beloved ones, and going insane since no one else can remember the people who died during the ritual. Their mere existence fell out of place to the point that even the faces on pictures and photos are starting to fade. In addition, a series of mysterious deaths (people resulting to have suffered from a broken spine from the inside of their body without external wounds) is starting to appear in the news. 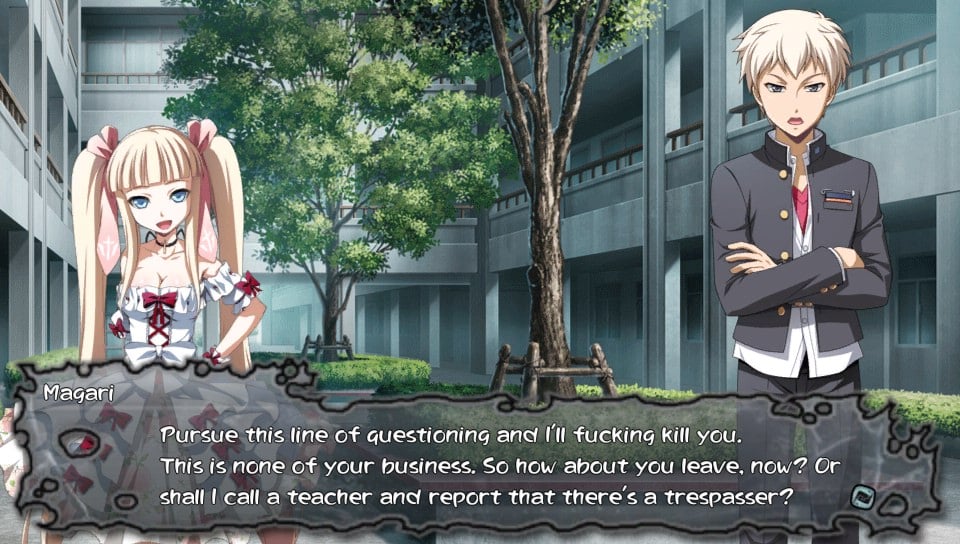 For all of these reasons, and an attempt to recover from this tragedy, Class President Ayumi Shinozaki becomes obsessed with finding the Book of Shadows, the cursed grimoire that could resurrect her deceased friends. According to some “psychic intel”, the book could still be at Heavenly Host. The only problem is that that place doesn’t exist anymore or, rather, it exists in a different psychic plane. What’s worse, is that the place is not … empty … 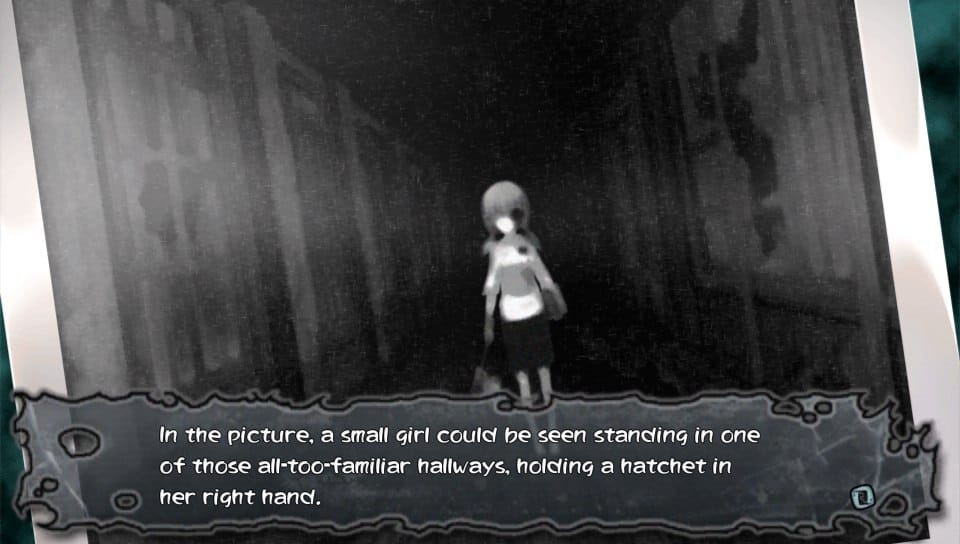 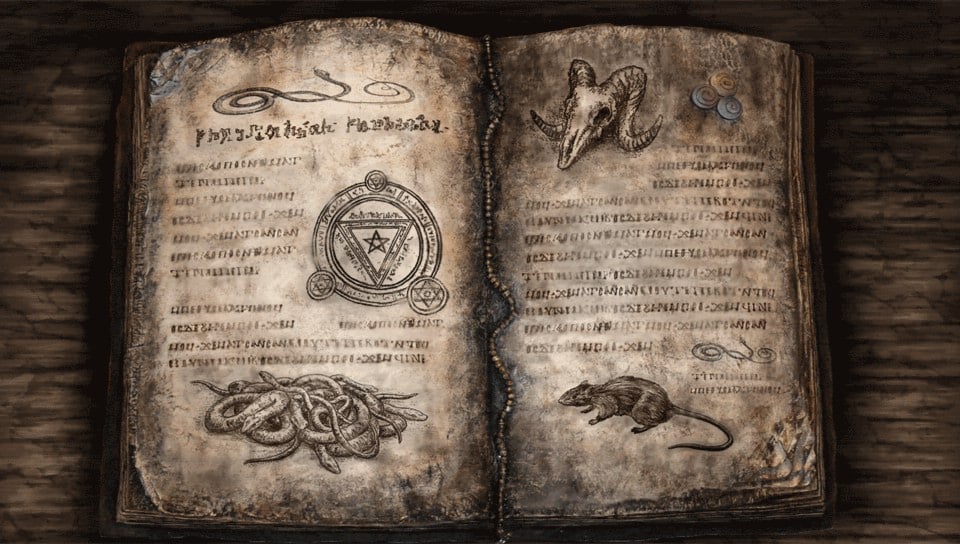 The game takes place two months after its predecessor Corpse Party: Book of Shadows and serves as the definitive conclusion to the long-running saga. It features dynamic lighting, 3D sound, and a highly detailed, yet very very dark, environment. During the exploration your best friend will be your flashlight, so you better go and find some batteries out there. 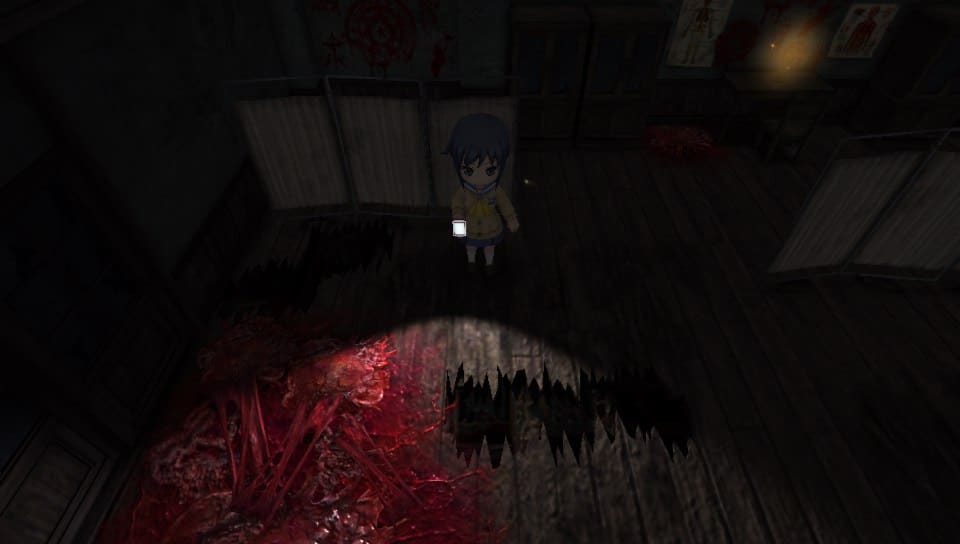 Travelling across Heavenly Host is a real pain: the school is littered with the decaying corpses of your former schoolmates and haunted by ghosts and the likes. No map is there to facilitate things and you’ll have to rely on your memory (well, ok, on the internet as well).
The game is fun to play, even if you will need steel nerves, a lot of patience (a lot of backtracking to do) and good eyes (it is DARK!). 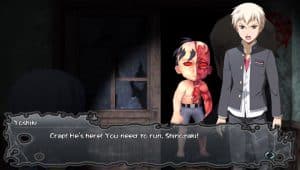 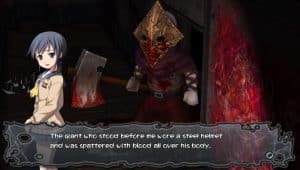 As typical of this kind of productions, the game often indulges in fan servicing. Unlike other games, though, it almost never feels out of place and it fits the story completely, although sometimes in a funny way… 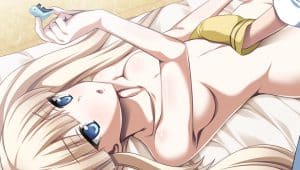 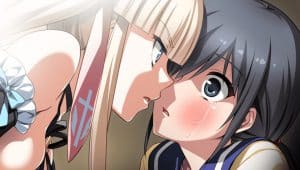 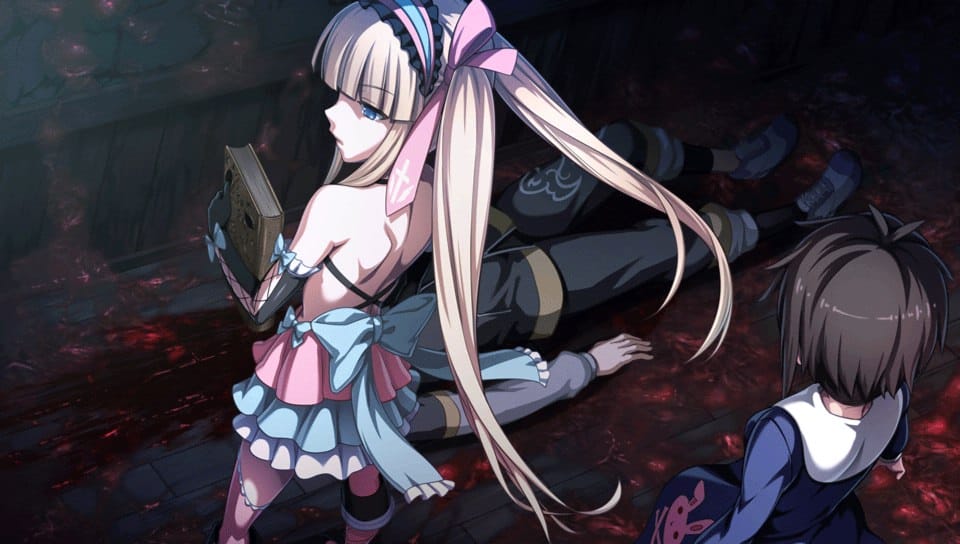 In the end, I do think that this Japanese horror is an experience not to be missed even though I don’t think I will go for a platinum this time. Wandering across Heavenly Host is like running on the edge of insanity, and I still have too many games to play before losing my mind. After all, it’s getting dark again, and I start to be scared… I really am!

Edit January 3rd, 2017: It’s been reported that there actually is one more title in the saga, aimed to the Nintendo 3DS. This game, called Corpse Party: Blood Covered – Repeated Fear is not a new chapter but a sort of reboot. It features the same main story but with improved visuals. In the end, nothing new under the sun, except that darn good Limited Edition… 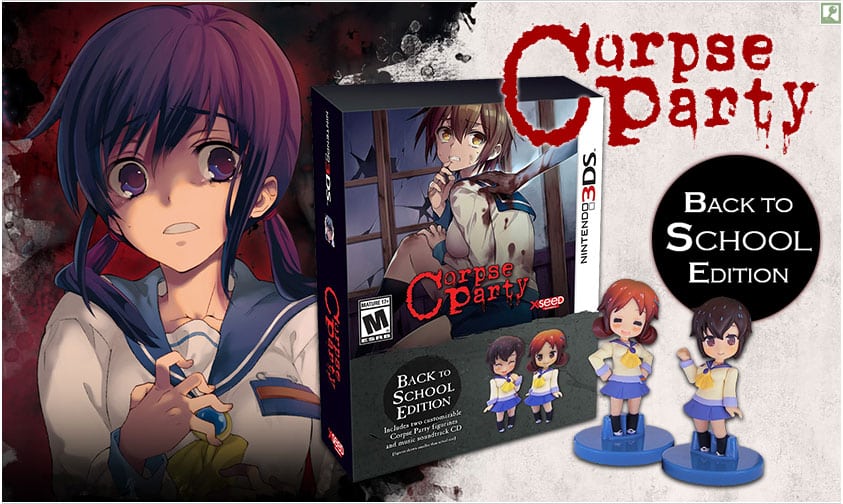