It’s not often that we mention the Commodore 64 on this website for some reason but today is the day that we will publish our very first pure C64 article. The reason for this is the all-new 30th Anniversary fan-made sequel thingy in the Giana Sisters franchise.

So, what’s so special about this new fan-made thing then?  Well for starters there are brand new levels and mechanics in this one and unlike other attempts, this one feels fresh and really solid. 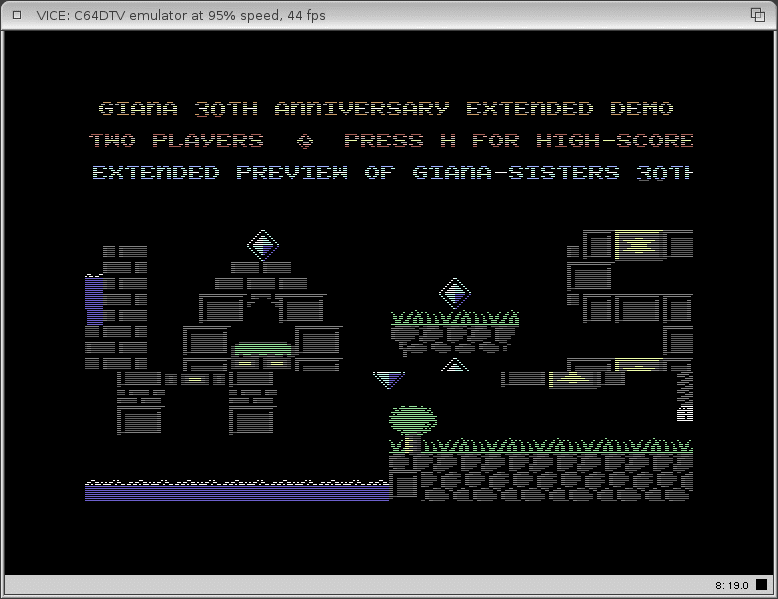 I had to run this game in Vice on my Amiga OS4.1 machine (this is why the picture grab is distorted/”off”) as there hasn’t been a C64 in my home for over two decades now, I miss the machine for sure but the emulators will have to do as there simply ain’t any more room in our house for more game related stuff, makes me wonder if i should sell something and invest in that C64Mini?

The game kicks off in a way that makes you feel that you play the original game but after a minute or so then they start throwing all these new mechanics at you and it’s brilliant really, it feels like an official sequel really. 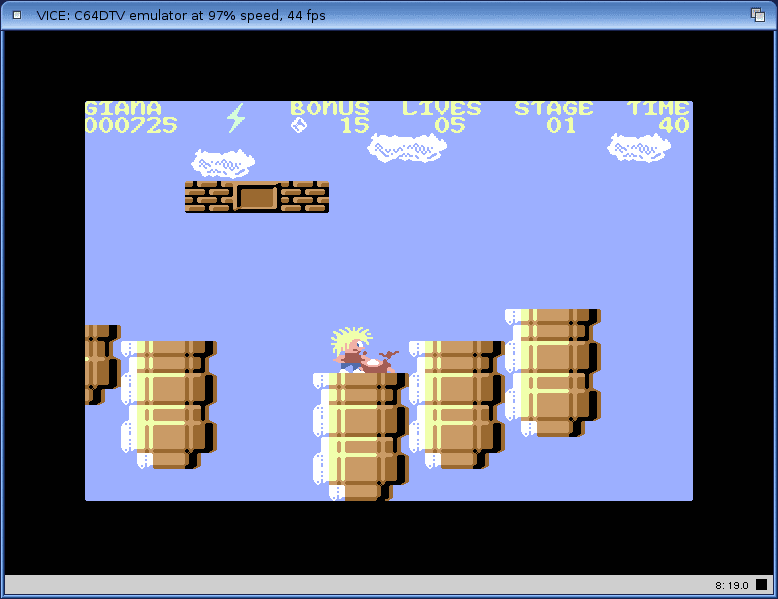 Never before have i been more keen on getting the Commodore 64 Mini hardware, the reason for that is because you can put more games on it and yes i would put this new Giana game on it in a heartbeat, i will have to check more about that machine later this week.

I could always sell off some Nintendo hardware to make room for the C64mini right?

This Anniversary version that i have tested now is actually only a preview of the full game (Preview / DEMO MK II to be exact), i got to level 12 so far and every single level felt well made and fun to play.

One thing is for sure and that i really want to see the final version of this game.

Some new names here and some old ones, i would have loved to hear a detailed story about how and why the devs approached the old team and who said yes first and so on, Armin Gessert passed away many years ago back in 2009 but i am pretty sure he would have loved this new game too, may he Rest In Peace.

The fantastic graphics from Manfred Trenz is still making me smile after all these years and i am pretty sure I that I can’t live for a whole week without listening to either some remixes or the original Giana soundtrack, its one of my weekly must do’s and yes Chris Huelsbeck are among the best C64/Amiga musicians for me.. 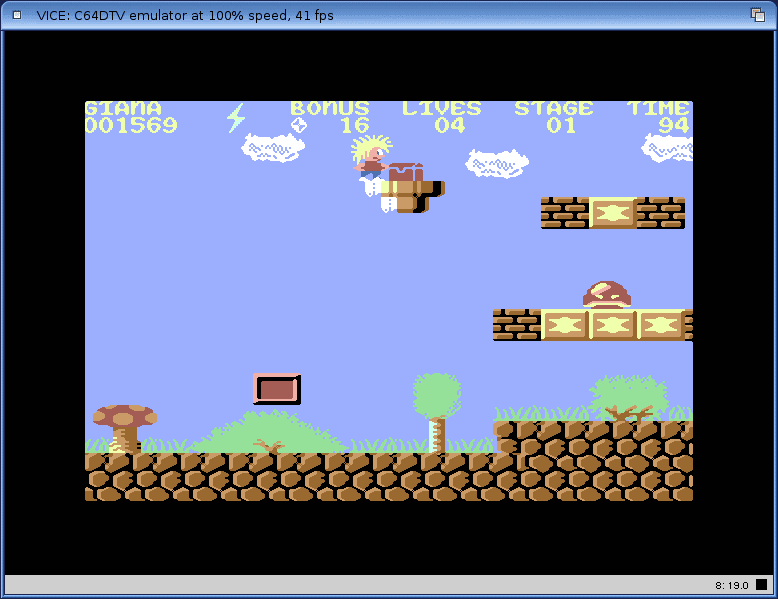 One of the first noticeable additions are the moving blocks, these are just like elevators and while not a groundbreaking feature it must be said that it adds a certain fresh feel to the game.

You also got these treasure chests spread throughout the game. 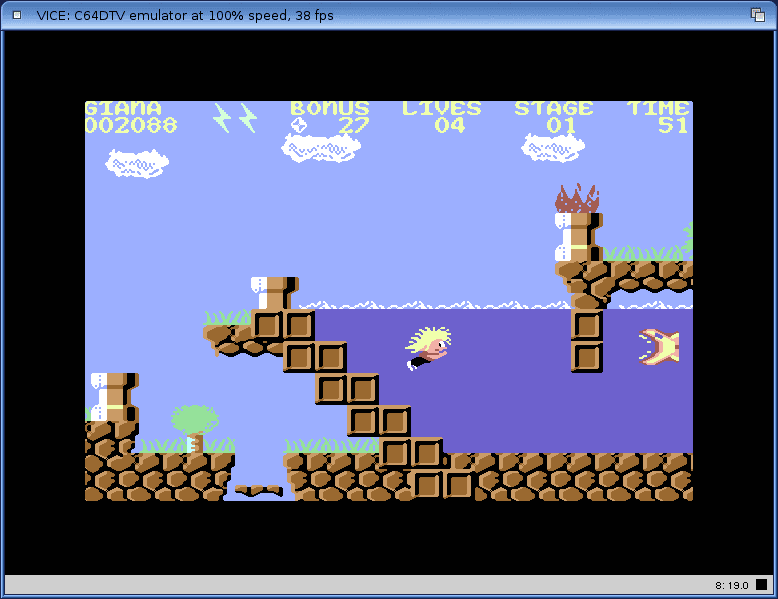 Swimming is also in this new game and at my biggest surprise, it works really good and almost like if it was a feature that has been in the game since day one, super smooth movement and it feels like Giana loves moving around in the water.

Never before have I been so happy to see Giana wet 😉 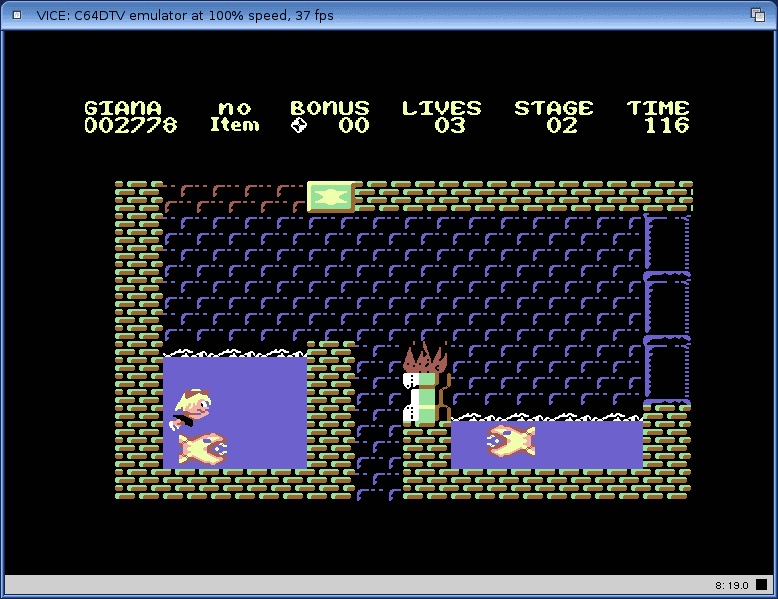 I lost my first life here as i wanted to do a screengrab and while doing that i died because of that fish thingy.

The graphics do look a bit crude in these underground levels due to the blue background but it is never a problem to see the details or anything like that, you get used to the old school look after a little while.

A new enemy type is introduced in the screenshot above, a small bouncing spiky blue ball, the animation is great on it and it is another of those new things in the game that feels like its always been part of the game.

This screenshot shows several moving platforms, jumping have always been one of the things that some people have complained about when it comes to Giana Sisters in general but I never had any problems with this and now with these new moving platforms, there ain’t a problem still.

The amount of polish that has been put into this project is simply mindblowing really and I hope that we will see this being done for the Amiga version too at one point but with that said I still have to admit that Giana is one of the games that always impressed me more on the C64.

We got a special edition of the original Amiga version two years ago and while that was mostly a graphical update and not much new stuff was put in it, we still rated it as one of the best games released on the platform that year, check it out if you haven’t already. 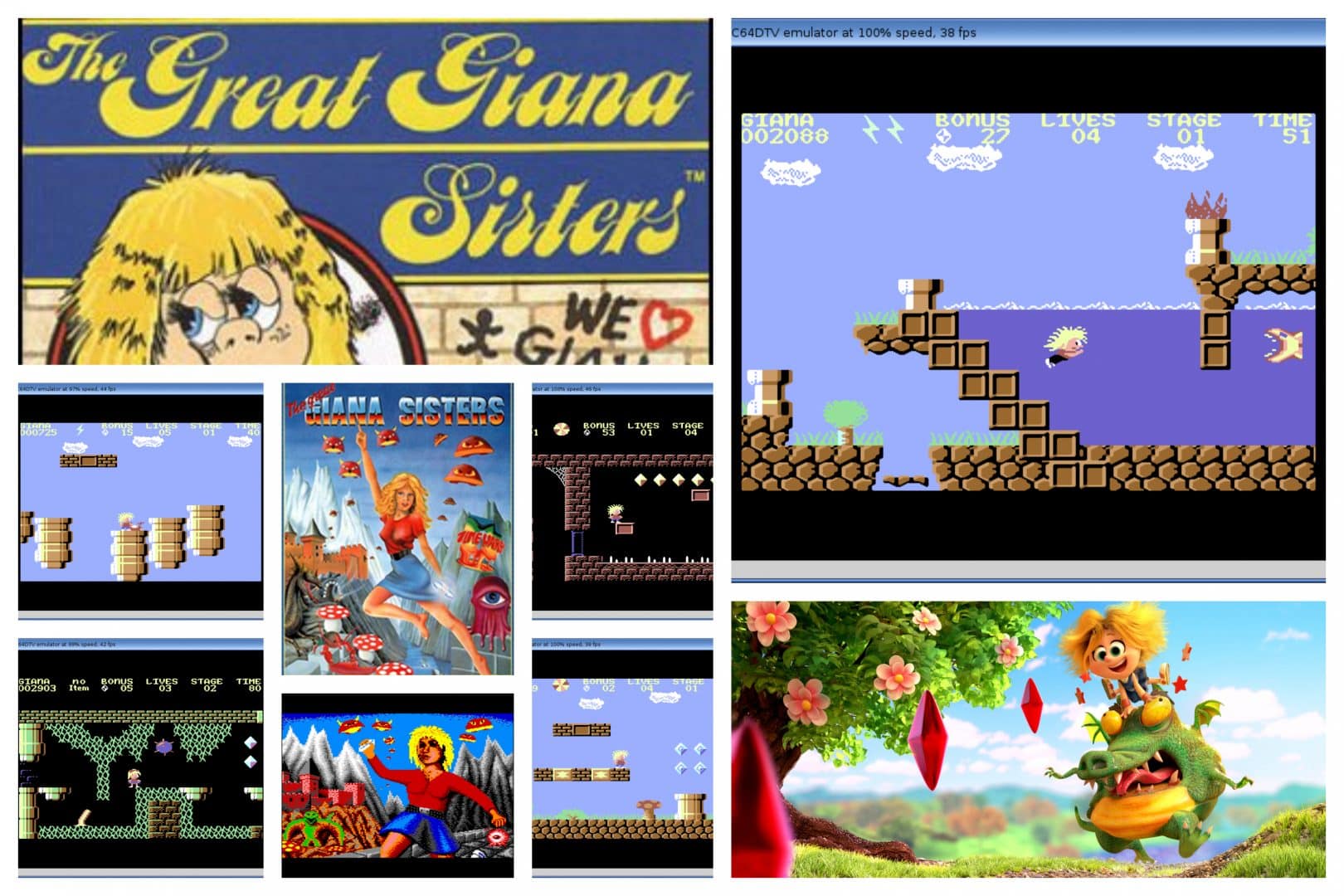 The return of The Great Giana Sisters on the Commodore 64 have been nothing but fantastic, this being “just a preview” has to be this year’s understatement if you ask me. It feels like a complete game and it plays like a full AAA release and for the fans, this is nothing short of a love letter to us all and its original creators.  A proper GOTY contender for me this year for sure.

I found an updated video on YouTube by Saberman, check it out to see more or you can try the game for yourself by downloading the game from CSDB.