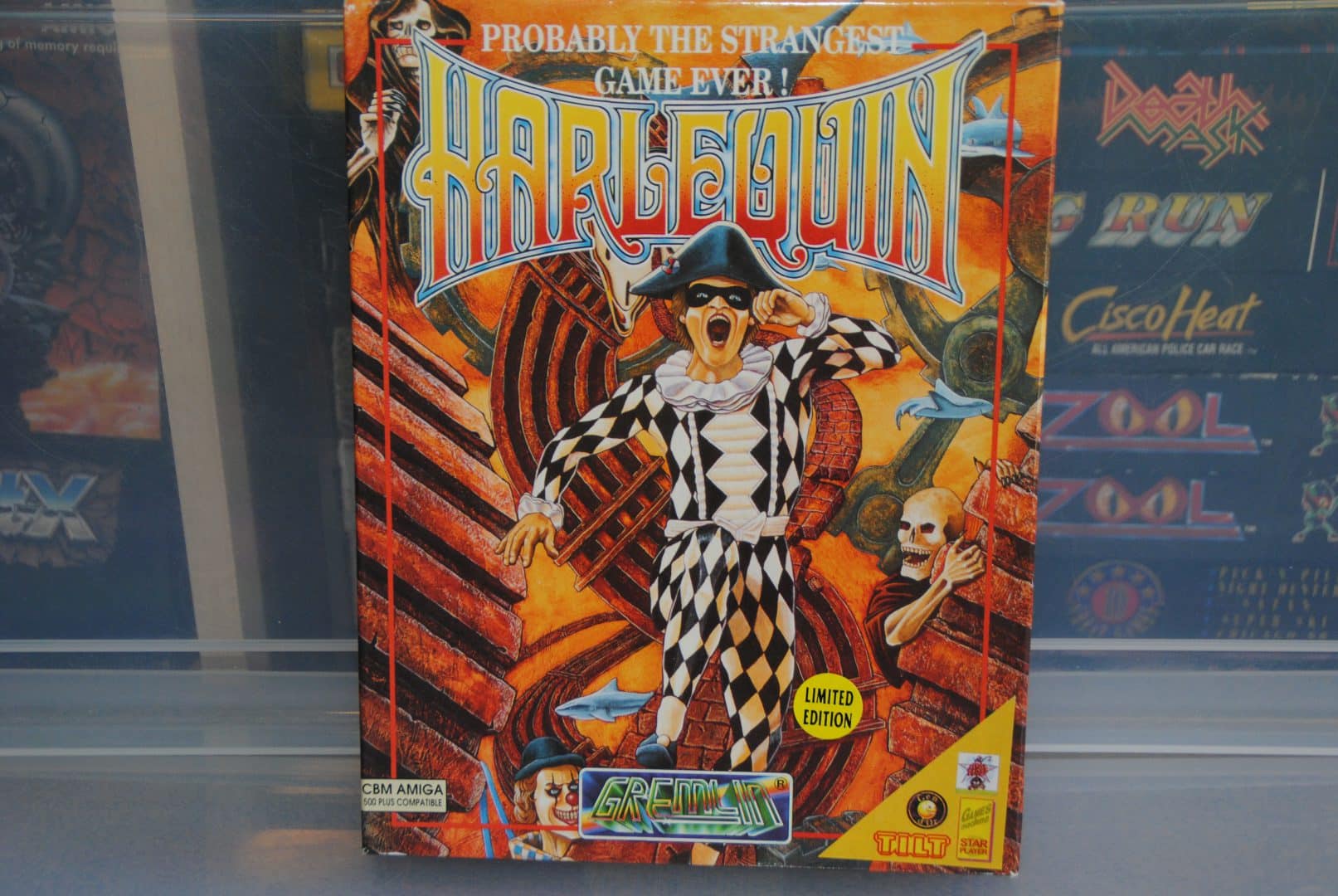 1992 was one of the best years of gaming to many Amiga retro-people and one can understand that when you see the amounts of quality games that came out that year, titles like Addams Family, Agony, Abandoned places, Apidya, Monkey Island 2, Parasol Stars and many, many more!.

Harlequin was one of the extremely hyped games of the year, the hype actually started a year or 2 back and i have always believed that the hype came solely from 1 computer magazine alone (due to the developers knowing the editors perhaps?) and that it spread due to word of mouth to the next magazine and people as the hype continued. 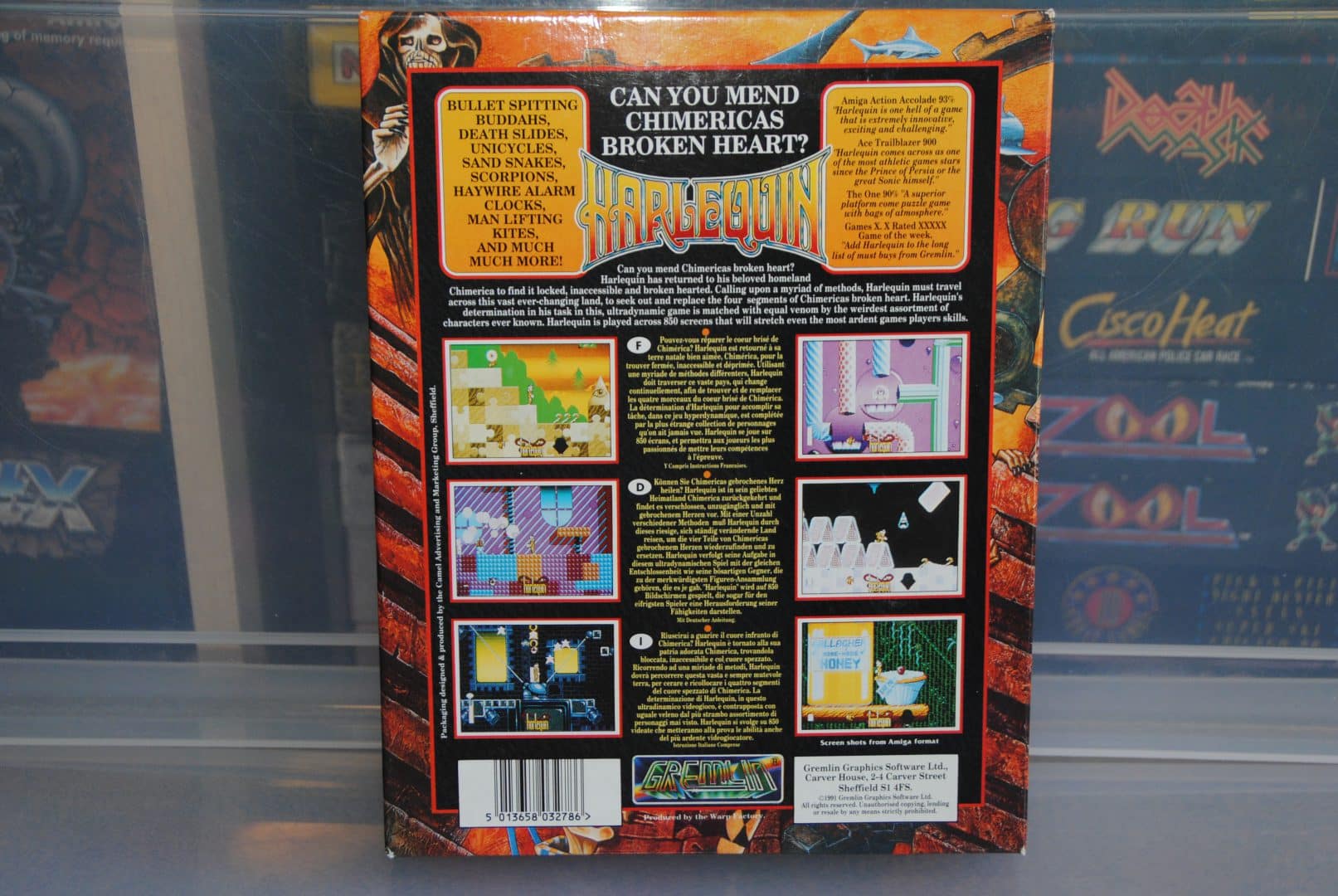 Harlequin is a solid platformer adventure game and pretty unique one to boot,

i guess the box design indicate that is a pure platformer game but Harlequin is a platformer which require quite a lot of precision and can be very annoying if you don’t play it slowly and most of all is that it can be very disorienting as the maps are huge and complicated and to make things worse.. the frame rate is not up to scratch so skipping is quite common. 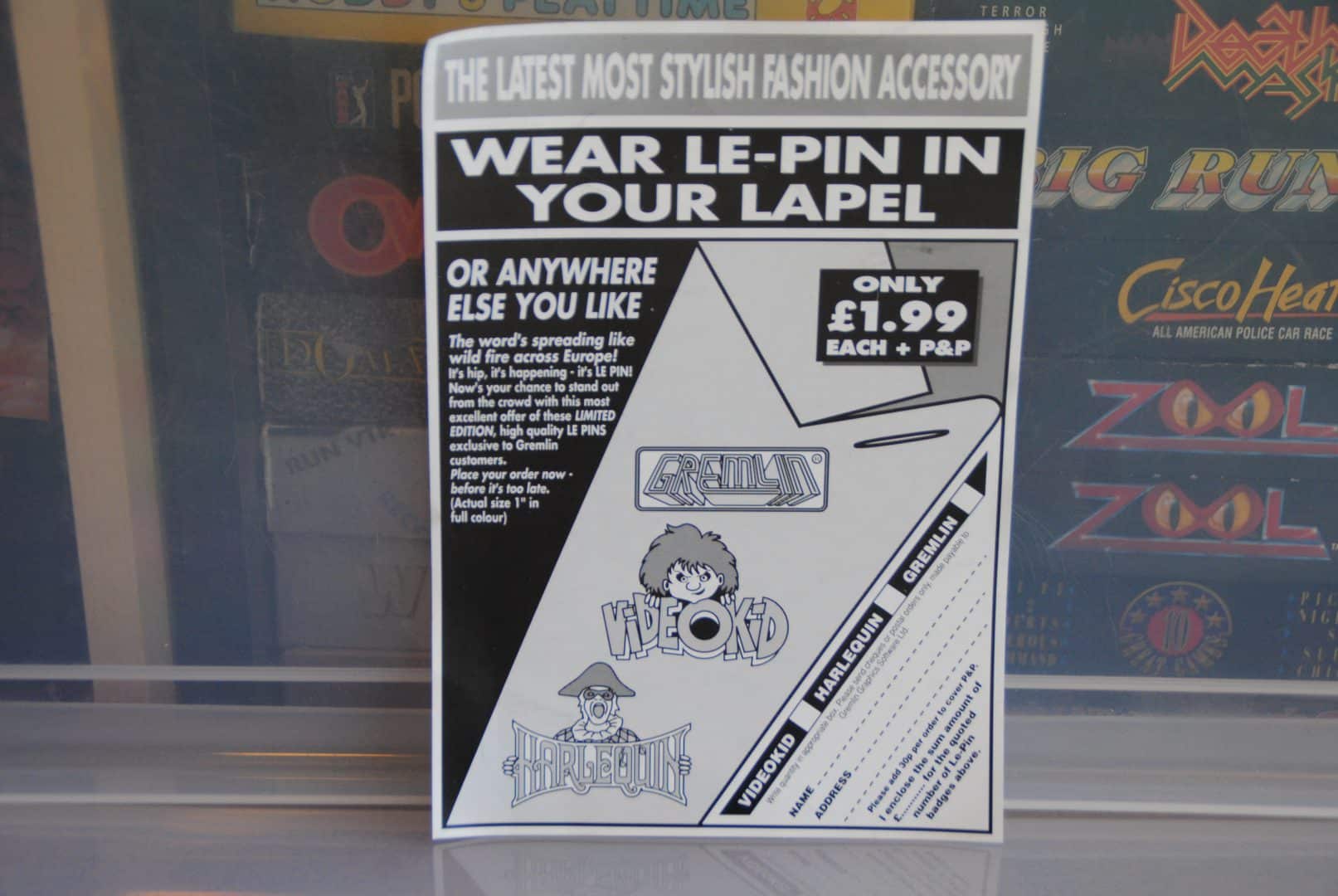 Limited Editions was not as common back then as they are today but the LE of Harlequin had an amazing flyer that gave you the right to buy some LE-Pin’s and this is why they’re so rare as next to no one ever sent in that flyer so if you have any of those pin’s (3 models where available) then you have a very rare collectible. 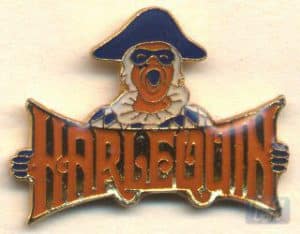 Here you see one of the 3 pin’s and so far the only one Hall Of Light has pictures of, got one? then send them pictures. 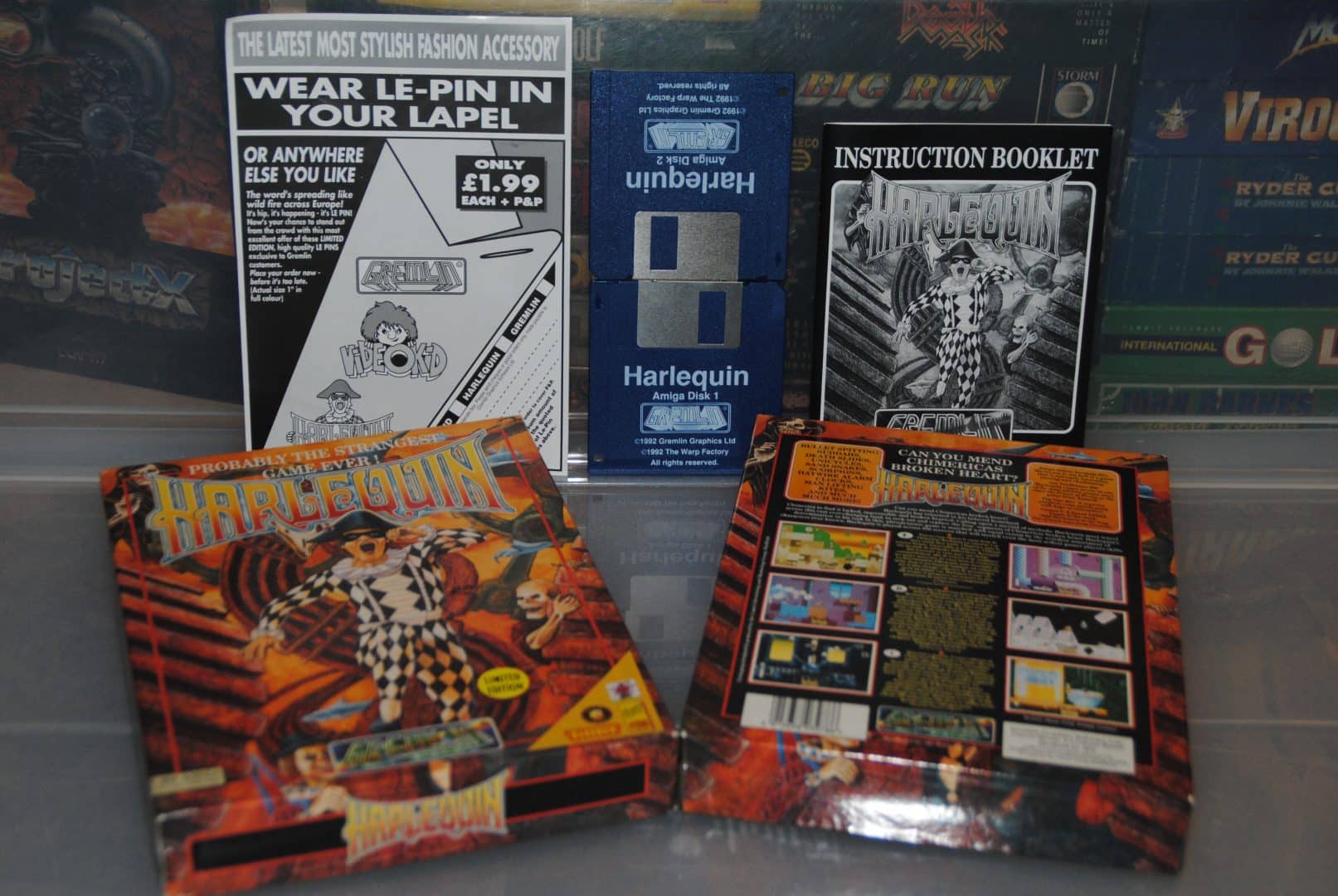 Here is all the content of the box, such a huge cardboard box and it’s a LIMITED EDITION one to boot but it just has some floppies and a manual (B/W) and that PIN Flyer.

OK, enough about the box and content and over to the actual game…

Harlequin is a very “bright looking” game with decent graphics and style but most of all it has a very varied level design and by that i mean it’s all from waterbased to high up in the sky and also got indoors and “dark” levels too.

The map screen, good looking but what you might not realize at first is that you will never see the ending of the game due to its difficulty level but i guess that’s a common thing with classic games.

I managed to complete the game back in 1995 and i loved it but i guess i only completed it because i was stranded with 2 games in a shack up north in Norway which people might call a Military Camp, the games was Addams Family and Harlequin and both i completed.

This is where the game starts and the first thing that hits you is the wonderful music! and how the Harlequin actually doesn’t look like a Harlequin oh and how your weapon was shooting hearts.

See that arrow thing? well, that’s the shield and you will love that when you find it.).

Underwater levels, Mario brother jokes and lots of parodies is in this game and ahead of its time in some places but it didn’t hold the throne for all that long as a year later came Superfrog and a certain more plum sequel and we know what they did to the world of platformers,

The lovely game if you’re into this kind of games and some of the levels are simply brilliant and should be used in new games instead of the usual “forest, factory and sand styles” used in just about every game ever made…

Harlequin managed to survive the hype and deliver a solid game with pretty much every review being in the 80 and 90 regions out of 100 and that is a massive achievement when it’s a game this “strange” and out of the norm but yet it was a platformer which was the trend back then (every 3rd game out of 10 was a platformer).