The second game in the Athanor multiplatform series game was released a few months back and to me, these games were pretty much new and I feel that I have never heard about them before.

I talked about it on the Amiga Collectors group on Facebook and then Neil From Indie Retro News replied that he had covered the first game some years back + this sequel last year, oddly enough I can’t recall that (getting old I am yes :p).

The full name of the game is Athanor – The Legend Of The Bird Men and in french it is Athanor – La Legende Des Hommes-Oiseaux.

Interestingly enough the box size is nothing like any other standards used for decades (AAAARGH), last time I saw this size for a game was the Battle Chess big box version (pics and more info below).

The box itself is really good looking and has a proper showcase on my shelf, but sadly the size of the box makes it really hard to put it anywhere in an organized way like most collectors want in this day and age (due to their limited shelf space).

Safar Games is a French indie studio and their site is mostly in french but I somehow managed to get a copy of the game by contacting them by email, so if you want this game then I advise you to do the same, would be nice if you mentioned this blog to them too.

A nice touch is the sides of the box (see pic above), one side in English and one in French, this is a good way to please both French and English collectors for sure.

The other thing I really like about this box is that there’s a cutout which makes it easier to open (as seen in the picture above).

Here you can see Athanor box on top of the big box Battle Chess box which is rather unique as in my huge collection there certainly ain’t many boxes like this to be seen, to be honest, the size and format is as mentioned earlier a bit of a negative one since it doesn’t use any standard measurements which means it won’t fit where you want it to fit on your shelf. The box itself and design are beautiful though.

There are so many things right with this box and it would be unfair to deduct any points on it just because of the size, but yes we really need to standardize box sizes and that really soon.

The game comes on three floppy disks but sadly there will be people who can’t read them as the developer has used HD floppies for this release and just taped over the HD holes, this won’t work on all Amiga floppy drives sadly, that said I am sure the developer will happily send the ADF files via Email if asked.

Since the game is Multiplatform there is an extra manual page on the side, yup, just like in the old days.

The game comes with clue cards as copy protection, one of them is a key with a code and there are some hint cards too (not included in this post for obvious reasons), cool idea btw and kudos to Safar games for coming up with this idea. 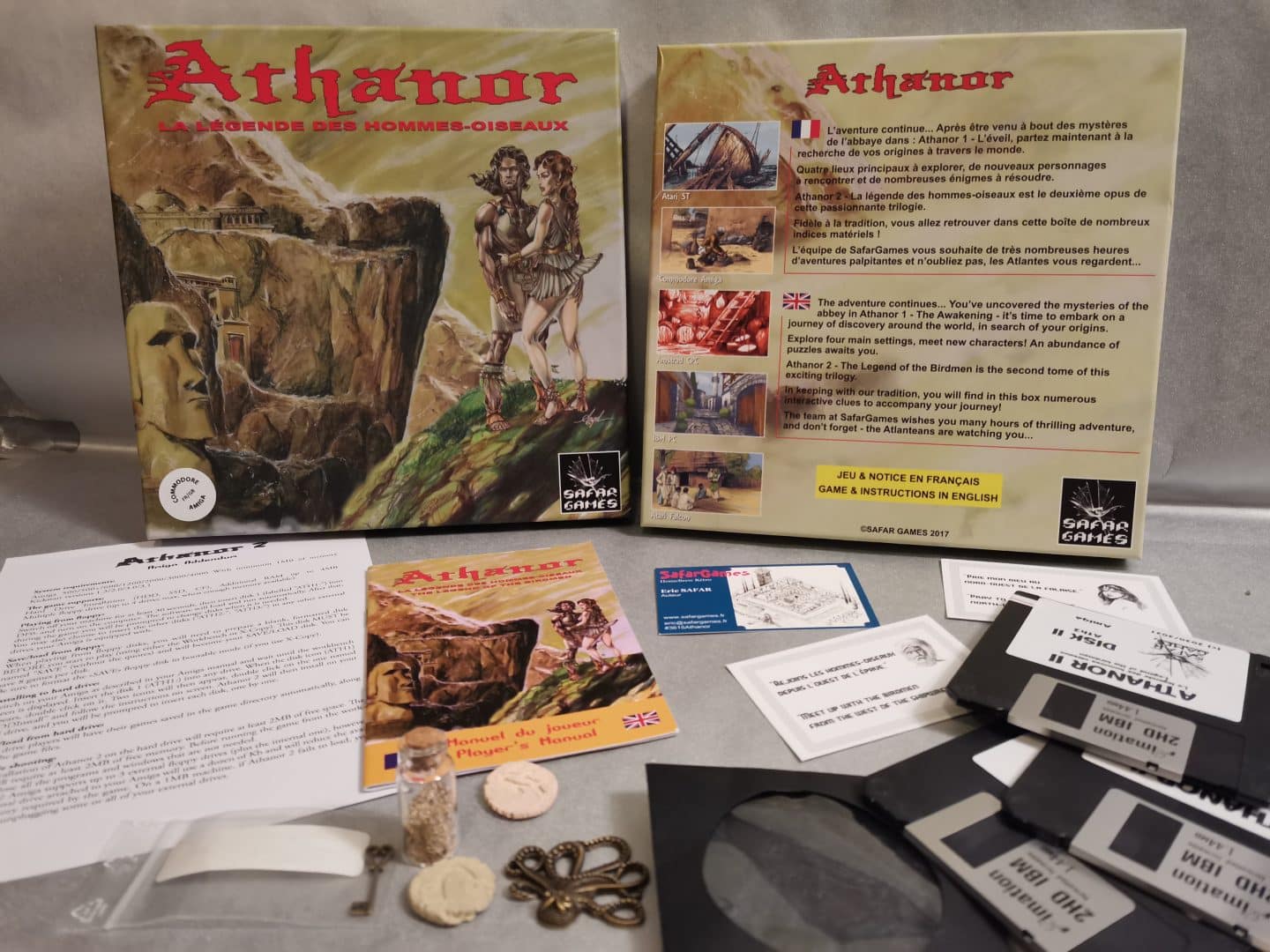 I haven’t had much time to actually play the game yet which means this review is only for the box only, I might do an in-depth gameplay review at one point if I ever get time for it, but the bit that I have played so far indicates that this is one heck of a cool game, quality graphics, great gameplay, fantastic atmosphere and a really interesting story too. This game and box is a work of love and seriously one that all of you should give a chance. It is a shame that I haven’t got all that much time for RPG games right now (due to family and working on a shitload of games atm) but this game I will for sure beat once I have completed some of the projects I am helping with.