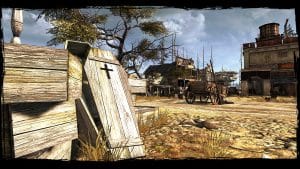 The two first Call Of Juarez games managed to create a name for itself and actually got quite a lot of positive feedback and most of all, the games were fun even though they were just a typical FPS game in a different setting.

In 2011 Techland decided to change their franchise and shake the spaghetti a bit and by going away from the Western theme the series had set to release a “now time” Call of Juarez game, it totally flopped… it flopped so hard that even shops like Gamestop decided to sell the game for the price of a lollipop (or actually 50…but you know… GameStop normally sell them for 500).

Techland decided to go against every game critic in the world by releasing another Call Of Juarez game, and it went back to it’s roots … the Western theme. 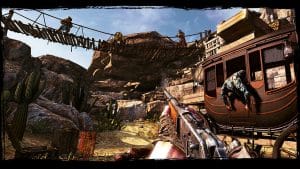 Dead Island or Call Of Juarez? , it has some of the same feelings, it feels rough, it is rough, it is damn fun! and most of all… it’s got a 110% of a pure cowboy in it.

A Cowboy with an attitude, maybe… like a Duke Nukem of the Wild West.

Every single Techland has this feature, yup DUAL WIELDING! , as soon as i see pictures of this feature my manhood rise like the.. oh wait, look!, it’s got Bullet time in it too. 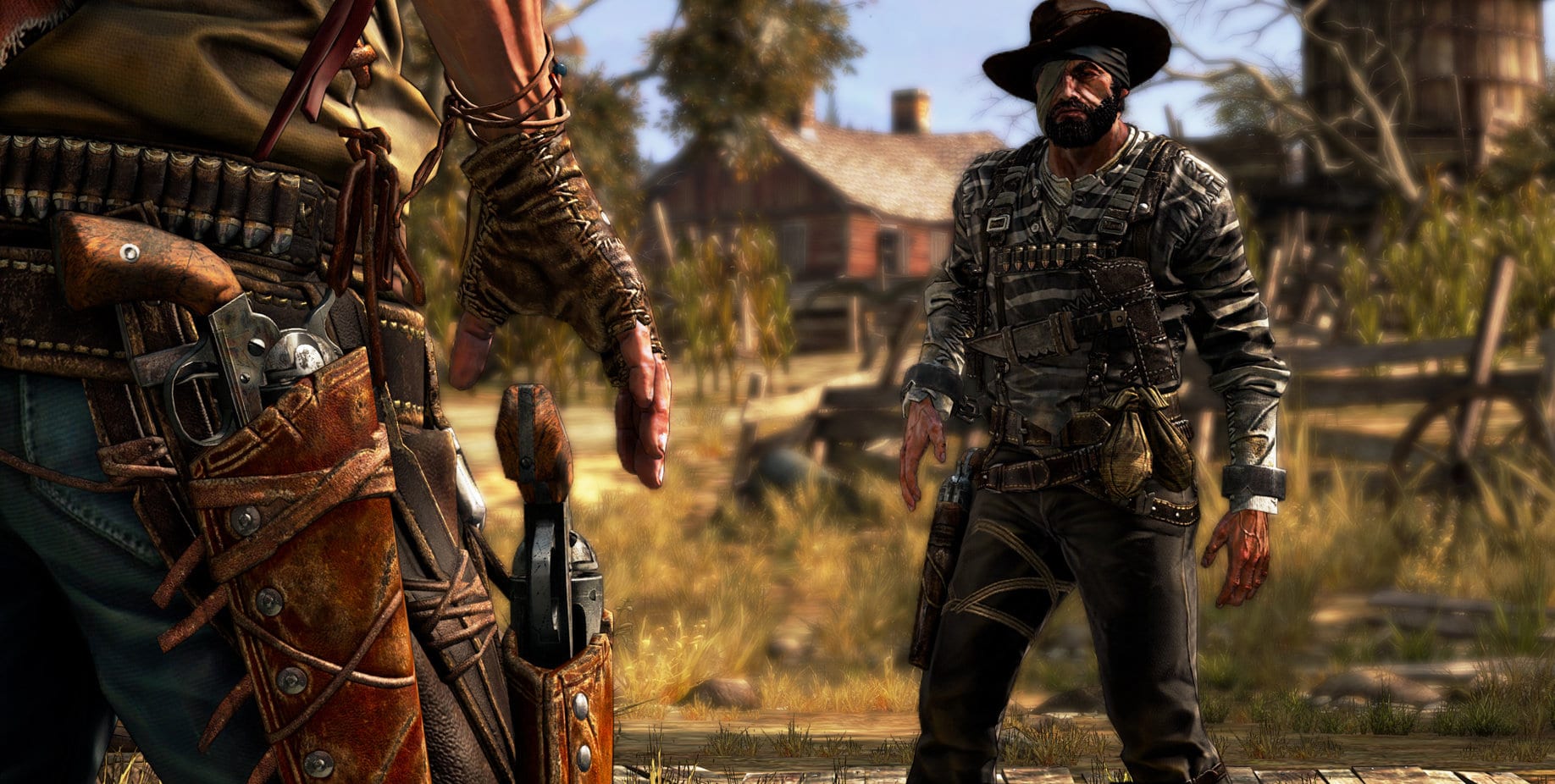 Have you ever watched a Western movie without seeing one of these? 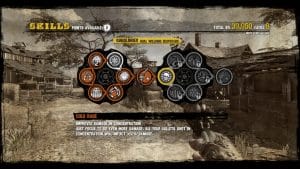 Call of Juarez Gunslinger has a Weapon Upgrade system, not exactly an “important” one as i blazed through the game without paying much attention to this feature…… (i got the Golden guns tho..) DUAL WIELDING in G$LD!.

No matter what magazines, websites or even your neighbour says…. this game looks pretty darn decent, it has a splendid story, actually the story is fantastical and it goes through all of the western myths and history and you get to meet people like Jesse James ,Billy The Kid,Butch Cassidy and the Dalton’s etc.

Techland still struggle with facial and motion capture of actors, people still look “out of place” and they look absolutely stoned at times while at other times they look like they forgot to reskin them after they used them in Dead Island aka they look like zombies due to their eyes and hand movements… 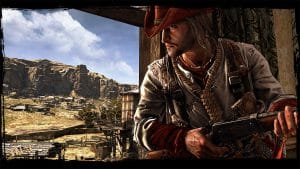 The game has a “duel” boss fight mode and it is the best duel mode since the mid-80s when the game LAW OF THE WEST came out for the Commodore 64.

You have to control both your hand position and your focus, first one by left stick and the latter with the right and it can be quite demanding but extremely rewarding…. that said…. they forgot to put in the best feature of LAW OF THE WEST… being able to shoot off the guys hat in the duel and by that defaulting the match.

Shoot me if you want but i basically hate cowboy games, movies and such… i did not enjoy the Red Dead Redemption attempts of trying to like it… , i hated Maverick, GUN the game was extremely…boring and so on but i can safely say that “Law Of The West, Red Dead Revolver, Call Of Juarez 2” and now this one has left me wanting a bit more of it but not a lot..

The main feature why you should try the demo (at least) of this game is because of the artistic and story direction, it’s laid out pretty darn perfect and very entertaining if you’re into “storytelling based upon actual events” and a very badass voice and gameplay which is littered with difficulty spikes and various “AAAAAAAAAAAAAAAAAAAARGH” moments.

I wish there was more of these “MAN” games, we need more games with people like Silas Greaves, people like him define the meaning of a man and attitude, he can also hold 2 pistols at the same time and that my friends ain’t something you should joke about!.

Every game which has dual wield automatically gets an “oooh”, good start!.

Follow Us... Inspire Us To Get Better... Keep The Flame Alive
Tags: Call Of Juarez, cowboy, gunslinger, techland

1 thought on “This Ain’t No Spaghetti – Call Of Juarez : Gunslinger”