Writing about a fictitious global pandemic in a world that’s facing a real one is not an easy task at all, especially in a country where the virus has claimed the death of almost 12 thousand persons. I could have never imagined such a scenario to become real, but here it is and we don’t know how long it will last.

Unlike in the game, the Government here is up and running, Armed and Police Forces are operating and supporting the population, the supply chain is holding fine (for the most part) and critical infrastructures are working. Hospitals across the Nation, though, are on their knees, even in Regions where the Public Health System is at its best.

The Division (and, namely, TD2 with its Warlords of NY expansion) keeps being my preferred game yet, when I play it, I look at it with very different eyes: now the line in front of food stores and drug stores is real, the streets are empty and almost spooky, and when I talk to my younger sister (a head nurse in a nearby hospital) I can sense in her voice the stress for the enormous workload and the fear for the health of her beloved ones. Still, she keeps holding on and so are we, until we trace, hunt down and kill that devil of Aaron Keener, a First Wave Division Agent who decided to go rogue and to bring the World down with him.

Unlike most add-ons, Warlords of New York is a new game in the game, a sort of The Division 2.5 that adds an entirely new map to the original set-up. Seven months after the Green Poison outbreak is time to go back to NY where Keener and his Lieutenants have now taken full controls of the southern-most part of Manhattan. If you completed the main game you will have the possibility to access the expansion in the postgame part; if you just bought the game and are still far from Level 30 (necessary to move to NY) your stats will be automatically boosted to match the difficulty level. In any case, once the expansion starts, you won’t be able to come back to Washington DC until the end of the campaign.

Telling you about the gameplay is, for once, out of the scope of this article. If you want to get more details please refer to my expansion preview written before the outbreak of COVID19. Let me just tell you that the expansion is based on a manhunt and that killing Aaron Keener is just the beginning of what is now known as a Season Event, introduced in the game for the first time, and based on series of dedicated manhunts.

Going back to NY finally closes the circle of a plot that was left unfinished. The city itself, albeit totally ruined by the virus first and by a hurricane later on, is better than ever, with an added “verticality” that was really missing from Washington DC (for obvious reasons, that is, but still…).

Once the expansion is over you will be left with seasonal manhunts, an unlimited progression level now based on improving your brand new SHADE TECH watch (and, with it, your stats) and various special events that keep you entertained with difficulty modifiers and the likes. 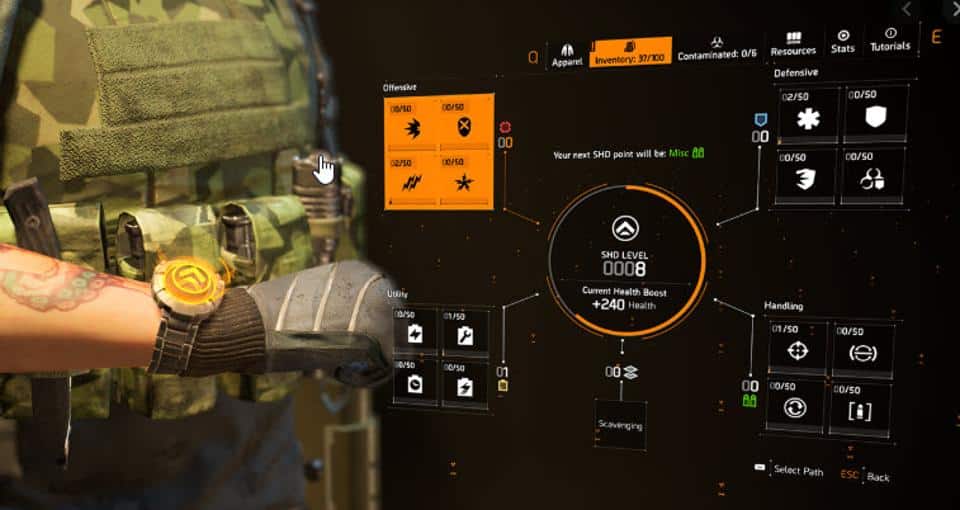 As said, as much as I love this game (which I keep playing every day), I now experience it with a totally different mindset and attitude. What is storming outside for real is definitely changing the way we perceive life and, even though the place I live is rather safe with only a handful of reported cases, people are dying and you can never lower your guard. Today I look at the game with different eyes. I walk the streets watching for enemies but, at the same time, I try to see beauty even in the worst place. Beauty (intended as ART) can save us, and The Division is truly a game where art is at its best.

I’ll be out there (virtually, I mean), looking for people in danger to save. I’ll be out there to seek art and to find a reason to live. If you need me, just activate your watch and call for help. As for real-life: stay home, STAY SAFE.