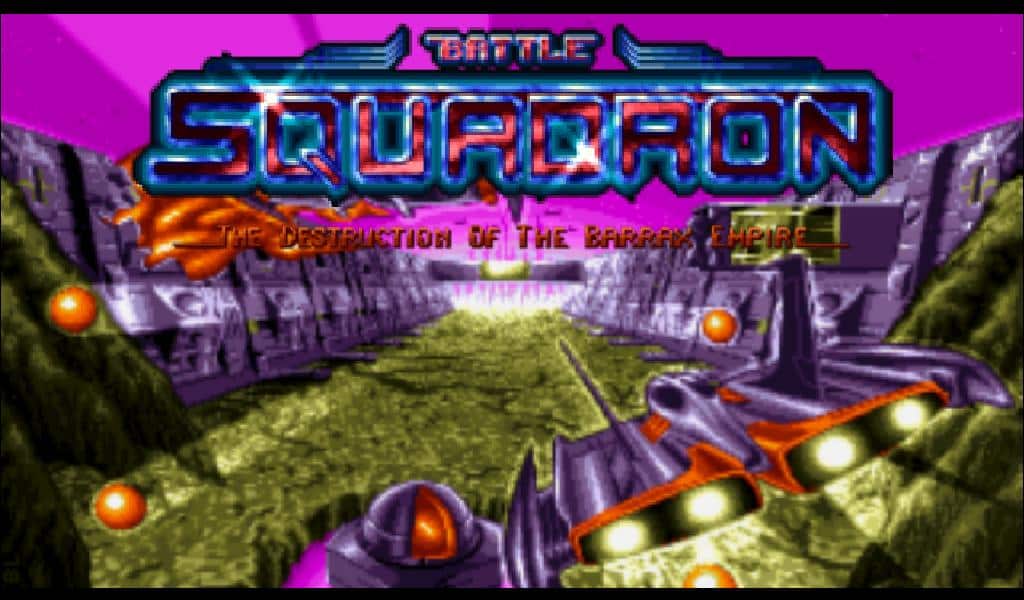 The wait has been long but now it’s finally here, the Amiga original from the late ’80s is back on the Amiga, essentially the same game but with new features like online leaderboards, achievements and various effects and blips and bloops to make it look up to scratch on the LCD/LED/TFT/PLASMA TV of today’s age.

It’s no secret but we Amiga users don’t get too many games these days, but luckily when it comes to this year’s games they’ve been really good and that is a good start and it’s the same with Battle Squadron as it’s utterly brilliant and while the original Amiga 500 version was staggering good for its time (and got some incredible rave reviews to boost) it still is and that is easily spotted here as the game is the same, they haven’t updated much in it but what they changed/added made it even better.

Battle Squadron comes in a boxed collectors edition format which contains all available versions (not the iOS and Android ones though) and it also comes with a Poster but I am still waiting for it and the version i have played up till now is the downloadable one which is essentially the same minus that box I want so badly, it is due soon.

Battle Squadron has one of the most memorable soundtracks I know of… I started hymning to the catchy tunes as soon as I saw the pictures on the website… and I have to be honest here and say that i haven’t played the game in at least a decade now!.

It sticks, just like Giana’s theme, Mario’s theme, and so on.

Ok so the game runs 60fps in 1920×1080, it has V-Sync and it has shadows, filters, and so on and it has the original intro tucked away in there too (in settings?????), it’s got 2-player mode (awesome!), keyboard and joypad support and it works like it should on my 10-year-old AmigaOS4 machine, what more can I ask for?…. ok, why didn’t they use Amiboing’s achievement system!!! grrrr… but other than that, great stuff.
See ya all on the leaderboards, I love being number 1! but I know it won’t last too long….or will I?

4 thoughts on “Welcome To Battle Squadron – The 2013 ReMake Update”