Until Dawn is one of those games I would have never bothered to play with. Well … let me rephrase it: I would have not bothered if I didn’t find out the original gameplay was totally rewritten. When I first discovered about this game it was still the time it was supposed to be a first-person PS3 title (2012), specifically designed to be used with the PlayStation Move only. In the game, set in a dark and lonely mountain location, you were supposed to use your Move as a flashlight and, occasionally, interact with the environment. Your goal was, obviously, to survive until dawn.

During the development process, though, the guys at SuperMassive Games decided to change aim and build a “full” third person type game around the original concept, this time as a PS4 exclusive. The main plot remained pretty much the same (at least in its basic storyline) but now you had entire bodies to play with, not only your virtual hand …. so to speak!

Even in this new form, though, the game wasn’t really appealing to me, mainly because the previews and magazines reviews were too much oriented on acclaiming the real actors behind the game (Hayden Panettiere, Rami Malek, Peter Stormare and the likes) instead of the game in itself, so the product “smelled” too much of commercial and “teenage horror”. For some reasons, though, the game was appealing my young son so I started digging into the net a little more and when I found a GameStop X-mas deal, I decided to buy it (hey, I got it for just 20Eu instead of 70Eu!).

And so I was, playing a game that actually IS a teenage horror and that often puts you in front of very simple branching options like “go left” or “go right”? The story sees you and your friends going back to a mountain log house which was the set up for an innocent joke that ended up in tragedy: two of your best friends (twin sisters Hannah and Beth) disappeared in the woods during a snowy night and were never found. Now, one year later, their brother Josh wants to reunite the remaining friends to commemorate his sisters and to try to go on with their respective lives. When they get to the mansion, though, strange things start to happen and the 8 friends (4 guys and 4 girls) will have to survive … Until Dawn!

The whole game concept is based on the abused Butterfly Effect, so different choices will lead to different paths. While interacting with your friends you can elect to be nice or to be mean but all of this will have little impact on the main plot in itself: people will die regardless of your attitude if you make the wrong choice at the wrong time. 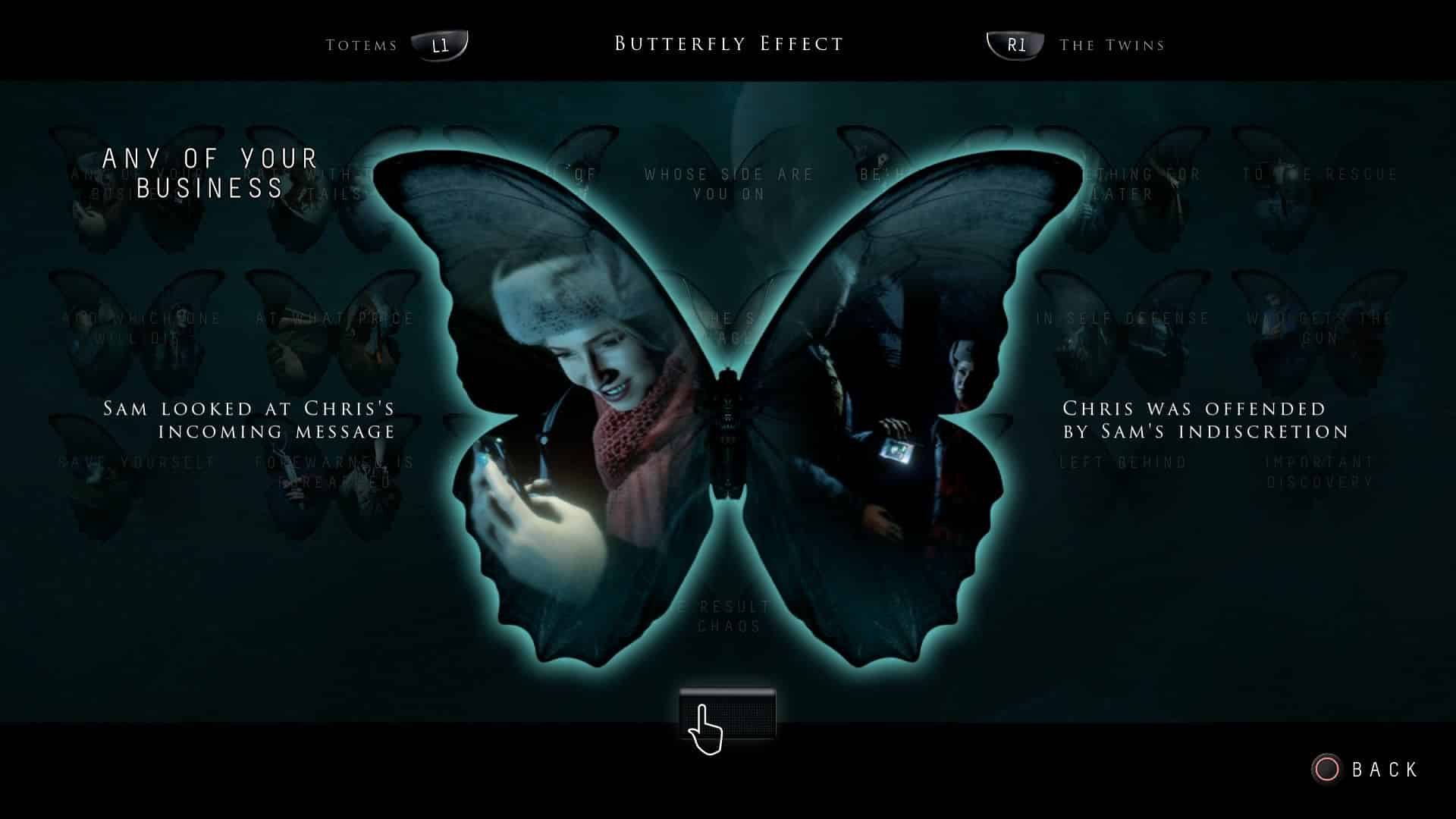 Especially at the beginning, despite the 3D environment, the characters move like in the original Resident Evil games (read: rather clumsy, IMO), the scene is pretty steady (it only changes when you reach certain point in the environment) and key points are underlined by an on-screen interface that prompts you to make simple choices or very basic QTE (nothing like Heavy Rain or Beyond, to be clear). 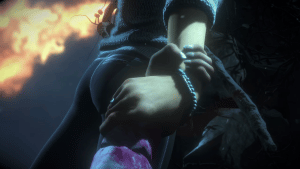 Fact is that the more I played the more these things mattered less to me since it all started to fit in place little by little. I found out that prompts and QTE, although simple, was strangely effective; I found out that the story concealed much more than a trivial teen-age horror; I found out that the “static scenes” and subsequent changes of perspective were not due to technical limitations but to a well-thought sense of drama and, in the end, I appreciated the game much more than I wanted to admit. As a matter of fact, I already completed it twice (the game is actually rather short), but I want to see if I can manage to save all of them … or if I rather see them all dying in many different ways. I still have many different paths to follow, places to see and collectables to find. 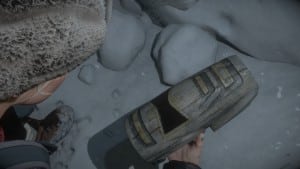 Furthermore, from a technical point of view, the game looks very well done: the protagonists are very characterized, matching the standard stereotypes for this kind of situations (the nerd, the smart guy, the queen of the school …), their textures are pleasant to watch, the snowy environment is very realistic and the lights cast precise and credible shadows on every possible surface. The motion capture mechanics is also extremely realistic, close to the heights of Quantum Dreams (again, IMHO). The trophy system is one of the most compacts I found so far: it’s only a bunch of them and they are all defined as “hidden” in your trophy list since almost all of them contain spoilers in their description. In addition, they are also thought in a weird way, unlike the standard “easy (bronze) trophies at the beginning and all the rest later on”. It so ended up that my first two trophies in the game popped up after Chapter 6: two in a row, and both Silver! There are ten chapters in total.

While the plot unfolds you will find collectables which will give you access to fragments of a longer video. Collect everything in order to get the full length video and shed light on the main story background. In addition, you will also unlock extra footage regarding the “making of” of the game.

In the end, against all odds, I liked Until Dawn a lot: I think it is a good product that deserves at least a chance. Although I don’t think I’ll play it to t

he Platinum I still have some trophies that I want to get and, after all, I believe that a score of at least 8 is a fair one. Actually, if only it was a little less clumsy at times and a little less “basic”… it should be 9 … or more!

13 thoughts on “Will You Survive … Until Dawn?”