Have you ever tried to play on your handheld device at school or maybe tried bringing your Vita or Switch at work to sneak in some game time while the boss ain’t around?

Pixel Ripped 1989 is more or less a game like that, you play on something that looks like a mix between a Gameboy and a Game Gear (it goes under the name Gear Kid) and at the same time you need to occupy your teacher (and others eventually) by causing various distractions so that you won’t get busted playing on your handheld. 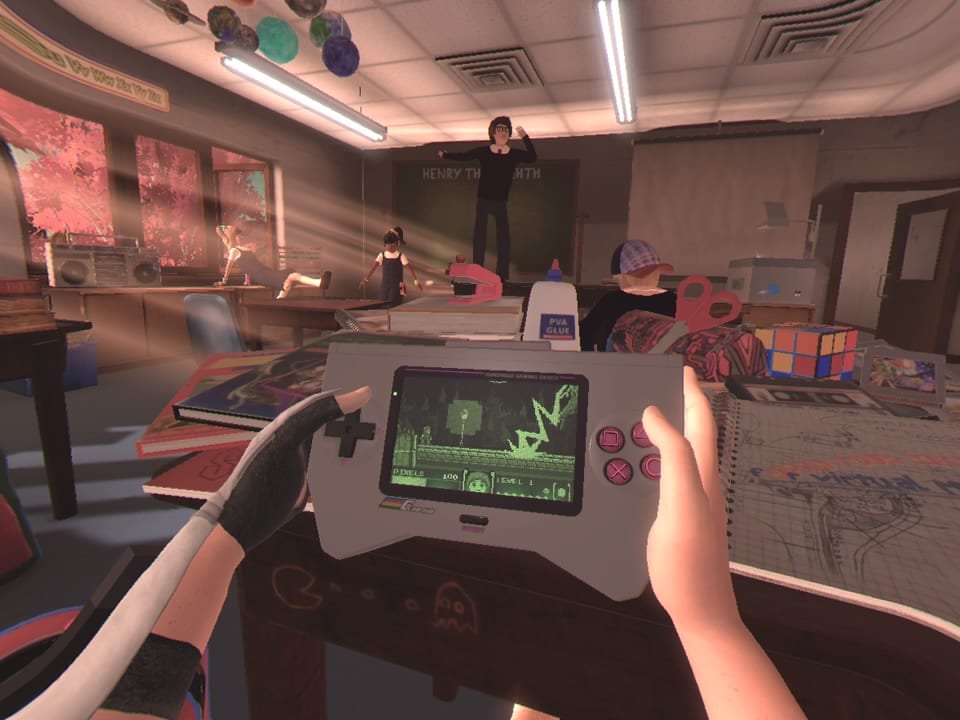 The game you play on the Gear Kid is a pretty good platforming/jump and run type of game which starts off as a pretty generic pixel looking game which gradually turns into a pretty awesome looking one, the visuals get better the further you play the game.

The Gear Kid game stick to its monochrome look it still changes and throws various neat twists throughout the whole game that make the game feel fresh and pretty good looking all the way through.

Now imagine that you are playing a difficult old-school platformer on a handheld like running away from enemies and jumping over gaps while you have to distract your teacher at the same time or else you might get busted for playing, to distract the people around you there’s only one thing you can do and that is using your straw weapon on various things in each location.

Shooting spitballs is done with head tracking and playing on the Gear Kid is done with analogue sticks and how you hold the controller as it’s using the Six Axis tracking for holding the Gear kid in position, so when you move your arms or whatever you will also move the Gear Kid as if it was a real handheld in your hands, in other words, you will look a lot at your Dual Shock controller in this game (luckily you can move your hands to a position you like so it won’t strain your neck all that much compared to other “look down VR games”). 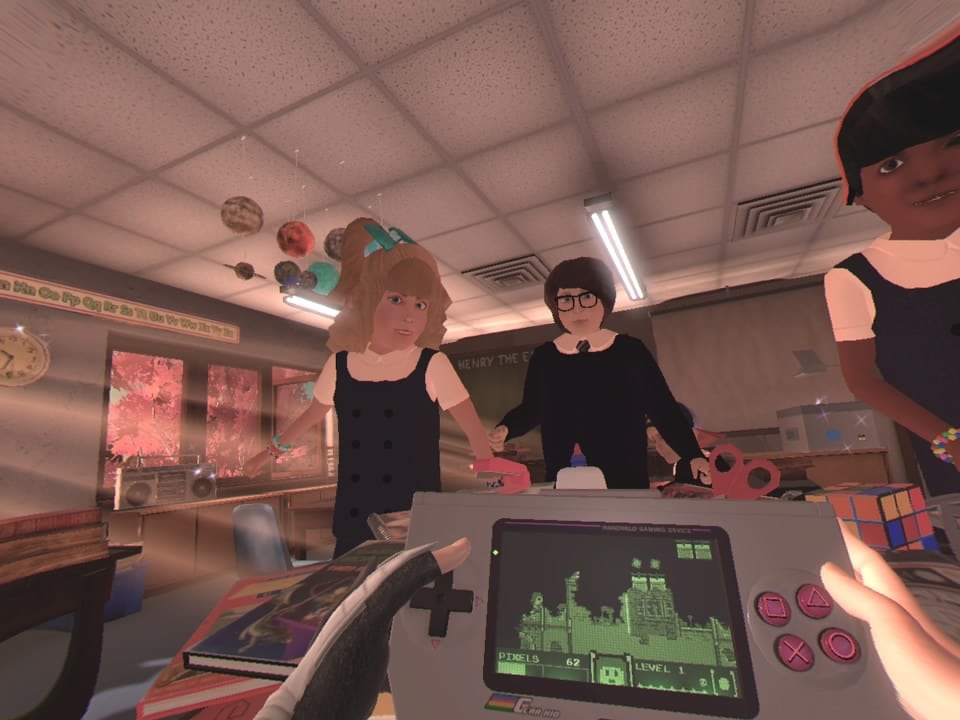 Shooting spitballs with a straw at things like a radio, a T.V. and things like a trash can or whatever will cause some noise and will distract the teacher or whatever you are playing against in the level, everything gets a bit stressful as you need to cause a distraction in real life to be able to do some progress on the Gear Kid which means that you will try to get as far as possible on the Gear Kid before you have to do a new distraction with your straw and spitballs.

The thing that works so good in Pixel Ripped 1989 is the immersion level and while the Gear Kid will never feel “real” the environment around it (you) will most definitely feel real.

Kids will come over to you and talk about how good or bad you play, things always happen around you and there’s always room for some preparations for the next distraction and you will eventually play the game a whole lot different to what you did the first few times. 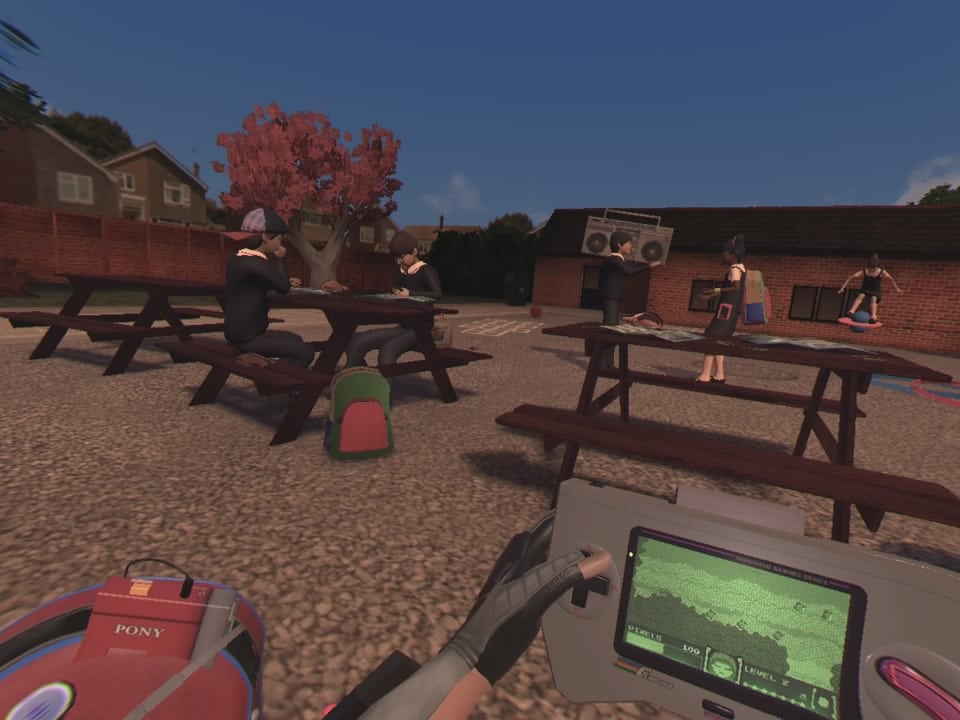 Pixel Ripped 1989 is one of those games that just works tremendously good from start to finish because of all the small details scattered all over the place and maybe most of all that they dared to try something different with both the gameplay mechanic and the concept of it all.

Have to add that there’s a lot of “tongue in cheek” type of humour going on too which might make your day at school a bit more fun than normal.

Some of the best things in the game are most definitely the boss fights as they cross over between the Gear Kid and the rest of the game, you see it happening on the Gear Kid and it will happen in the classroom too, like the dragon that comes crashing into the roof.

When the boss battle begins then the game turns into a half 2D and 3D combination and it works really good and you play as normal but in the boss battles you have to use your straw and spitballs to create a path or whatever for your Gear Kid hero.

There are a lot of crazy ideas in Pixel Ripped 1989 but it’s always done in a way that works pretty good for both the feel of being there and it actually being fun to play. There are locations in the game that will make you stress more than you really have to and yes there are times when I wanted to smash the Gear Kid because of difficulty spikes but to be honest the game was rather easy from start to end.

It looks like a sequel of some sorts is on its way and if that’s so then I am 100% sure of one thing and that is that I must get that one too. 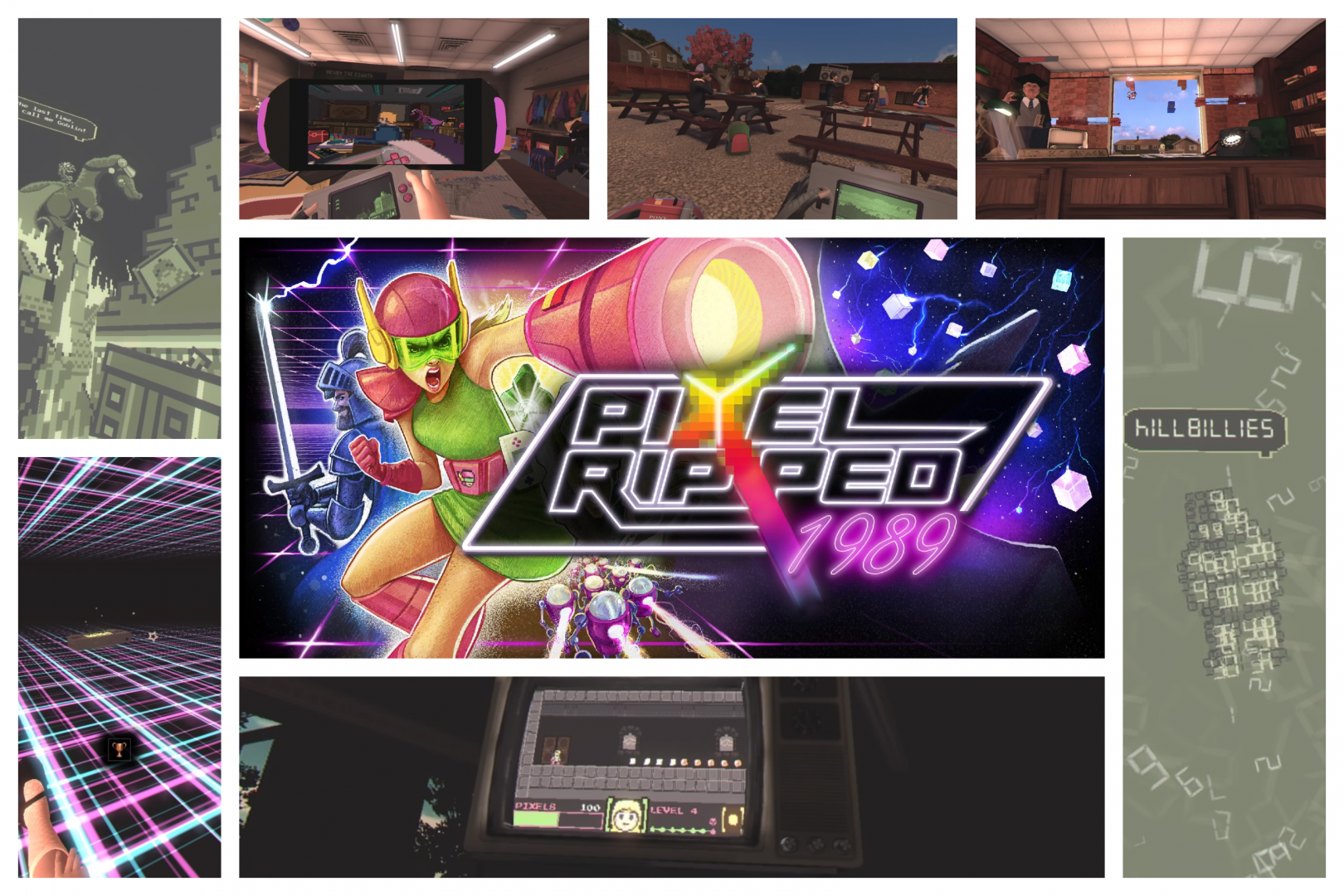 Pixel Ripped 1989 looks and sounds pretty ok and while it ain’t groundbreaking it still manages to open an untouched box of ideas and a concept that most likely will be copied by others in the future. I will go as far as saying that this game is essential in everyone’s VR collection and one that no retro fan or VR fan should miss out on.  The price tag and the missing Platinum trophy are the only two negative things found with this title.