Several years ago this strange package showed up in my snail mailbox, the return address was from a strip club in London.

I will never forget the day when I opened my mailbox and grabbed this strange jiffy bag, it was heavily perfumed, it was so heavily perfumed that my hands smelled after just touching it.

I had no idea what the hell this package was as the logo on the bottom was better hidden than in the pictures.

After a few minutes, I noticed the logo GANGS OF LONDON that my address was written in someone’s blood and that the package came from SONY Entertainment Europe.

The fun didn’t stop there when I opened the jiffy bag more crazy stuff was revealed.

A black body bag was the first thing I met, the bag felt wet because of the amount of cheap perfume used, all I managed to think was “WTF is all this stuff”.

The next step was to look inside the body bag, and now the pieces came together and even if it took several minutes it all felt very cool and authentic.

Various stuff inside but i started with an advertisement flyer, it said:

Schoolgirl Fantasies with CANDY, it had an email address as well as some other text on it.

On the back of the flyer, it said: Look after this. Keep it safe. You might need it.

And in case you wonder, yep the perfume is all over it.

Next off, I took the body out or actually it was someone’s TeddyBear, a cute little plush toy.

Why on earth would they send me one?

And then I noticed that CANDY on the flyer held a teddy bear.

So after some minutes or so of trying to figure out what all of this meant, my whole apartment stank like a whore and I was like, cool stuff this but what’s the whole point here…

Eventually, I noticed that the teddy bear head was a little loose and on the neck, some plush was showing, I started looking and squeezing to check if something was inside and I noticed that there was something in there but I really didn’t want to rip it open just yet. 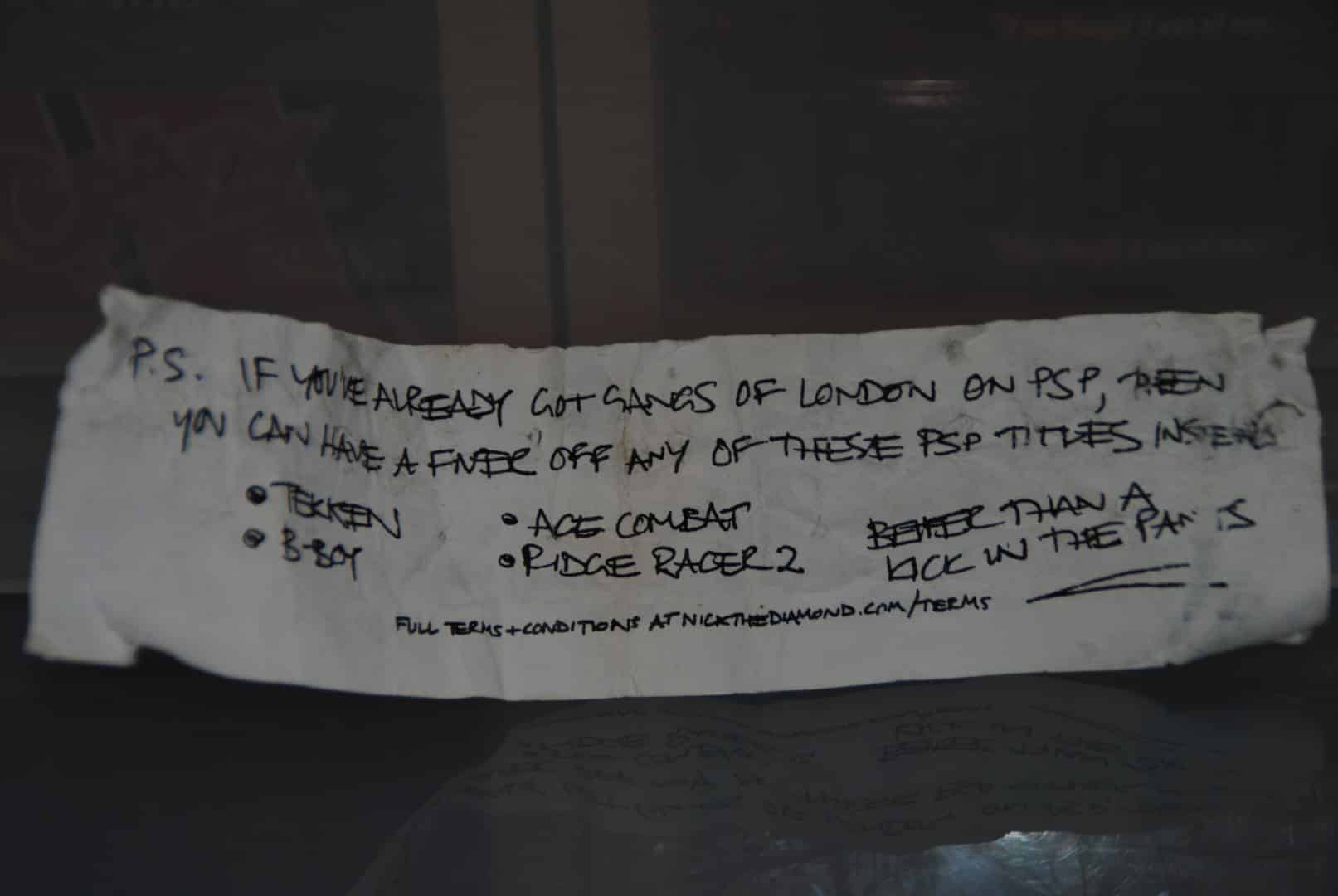 The Advertisement flyer with CANDY on it showed the teddy bear and it showed some diamonds too, I was like, hmm maybe there’s a diamond inside?.

I gently cut his neck open and the first thing I saw was a paper note, AHA!!!.

The paper note was a price reduction voucher for the game Gangs of London (or if you already had that you could choose some other games like TEKKEN, B-BOY etc).

Was that it? damn, they must have spent a fortune on all of this…

I once again squeezed the teddy bear and checked around everywhere, there’s gotta be more and i was correct, there was a diamond hidden inside! not a real one but hey I got the point of it all.

That’s it, guys,, it was a promotion package and one very good one and it still baffles me today how good they made it, everything is handmade, the writing has not gone through a copy machine or came from a printer etc, it’s all handwriting, the perfume, not that I know how one smell but I think to know how it does after all this…

Why on earth this game didn’t go to sell millions is beyond me, what a brilliant promotion and up to now (6 years later) I still haven’t even seen something come close to this one.

Huge kudos to SCEE for this one and I need to do a video one day, yes I still got it.