When Vikings Attack! is a brawler ala the classic Dreamcast game Powerstone, or actually that’s what i first thought, i was wrong.

The game itself is a brawler where you walk around to the new fight “arenas”, you won’t be able to walk further as soon as the fighting starts. 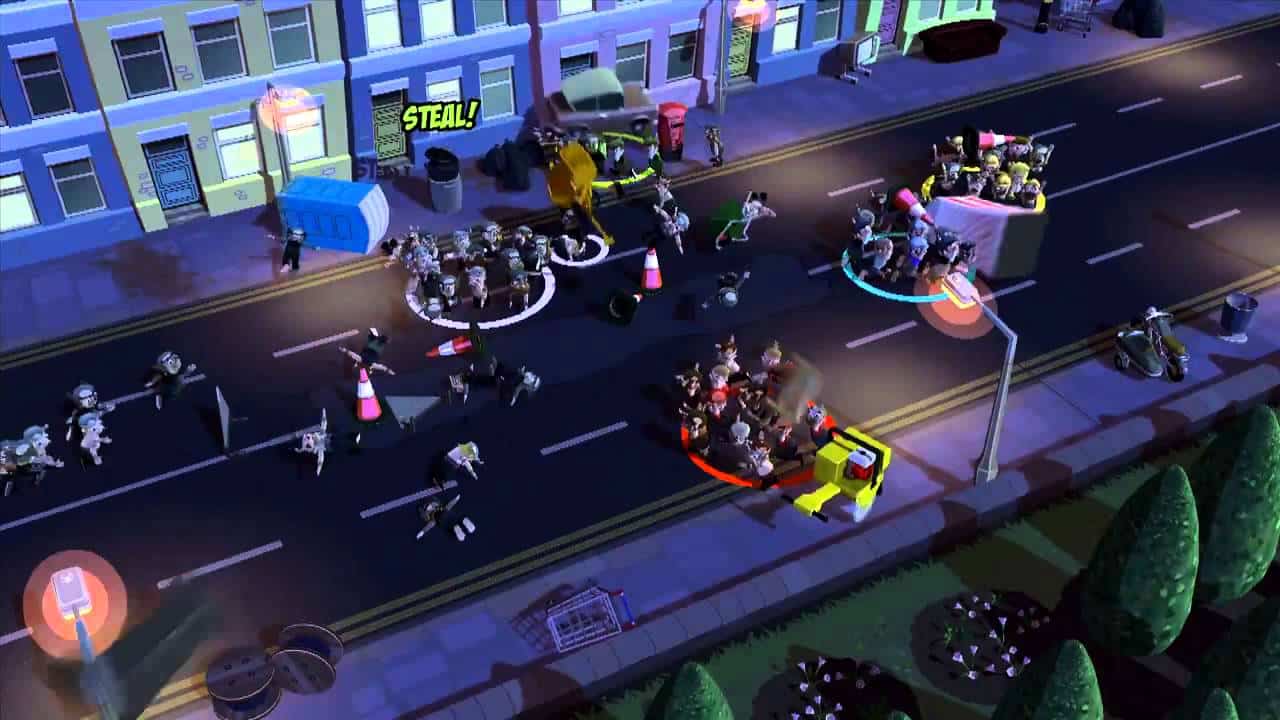 The concept is pretty cool, you start off as 1 person or a small group of persons but while you wander around and beating people up you gather more fighting friends that will run towards you in fear of being attacked by the Vikings.

I have no idea if there is a maximum amount of people for you to control but the amount I’ve picked up so far has been very high.

So you walk around picking up just about anything you can carry and throw stuff at the enemies which in this case are Vikings.

The heavier the item is the more people you need in your gang.

Eventually, you will pick up various weapons that will change the gameplay in various ways, one, for example, is a white rocket that will turn the Vikings into allies.

Graphics in the game is very clean and kinda reminds me of the Katamari series, cel-shaded and lovely.

Music is of the jolly type and pretty much straightforward but beware! , the music will enter your brain forever and you will start whistling it every now and then.

Gameplay, the fun factor is high and the controls perfect, while sometimes its hard to see if you really have picked up something it’s still not as frustrating as i first thought it would be. 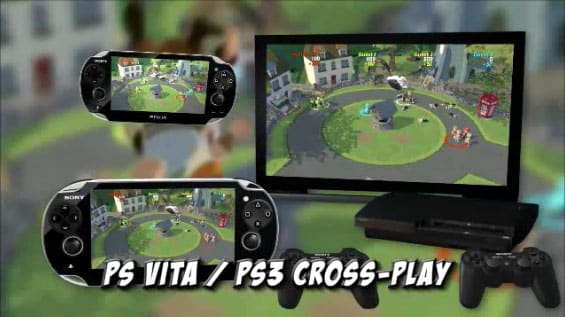 A fun game, cheap PSN game which is Crossbuy so you will get the VITA or PS3 version for free depending on which version you buy (two games for the price of one).