If there is a game that I followed for a very long time (it came out for the PS2) but I haven’t played until a few months ago on the PS4, it’ll be Shadow of the Colossus. Such a game needs no presentations and true hard-corer (such as the owner of this blog) did play every version of it across 3 different generations of consoles. Not many games out there can be so iconic and addictive despite a very short story like Shadow of the Colossus, yet a following never came up. Now, thanks to No Matter Studios (a very tiny team of three lone developers working in the evening hours: Brian Parnell, Hung-Chien Liao and Tim Wiese) we are about to put our hands on a game we (and them) always wanted. And the good thing is that it is coming on the PS5! As they say on the official website: “With the simple goal to create colossal moments we’ve set forth on our labor of love Praey for the Gods”. 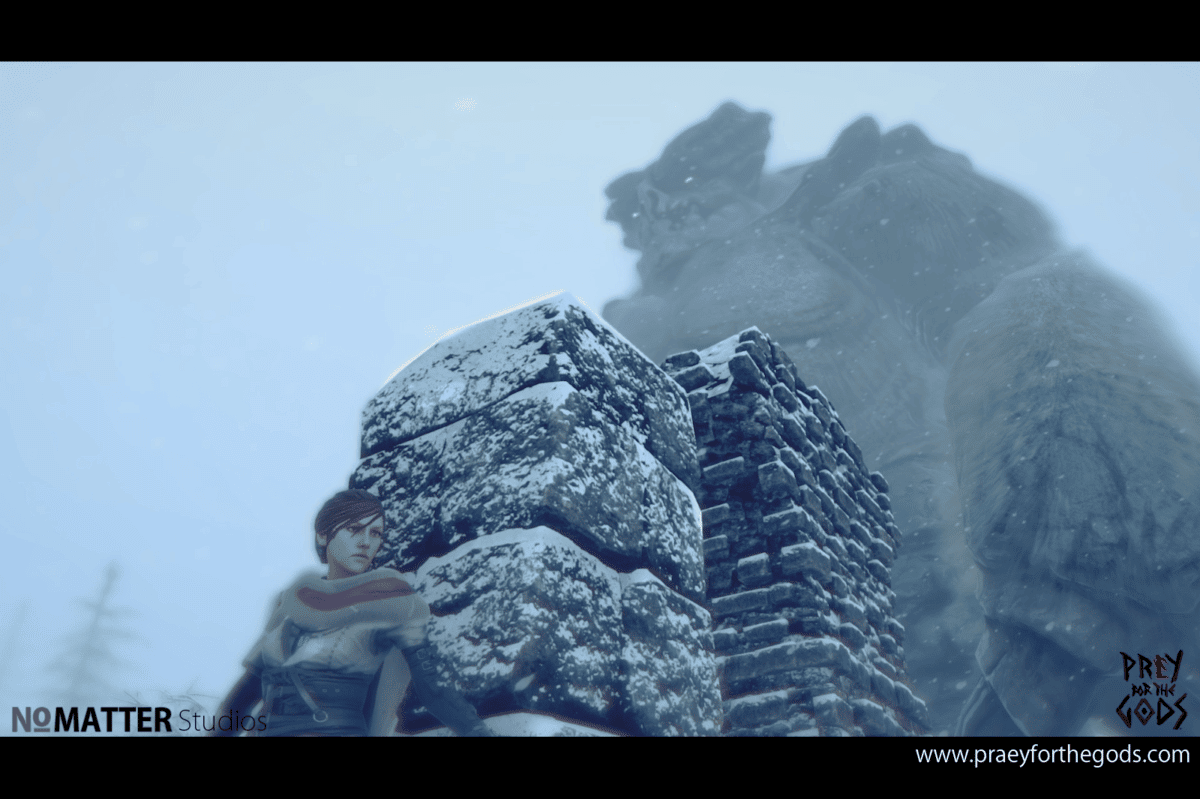 Praey for the Gods is a brutal journey set on a desolate frozen island, where your only chance of survival is to destroy the very gods you believe in.

In Praey for the Gods, you play a lone hero sent to the edge of a dying world to discover the mystery behind a never-ending winter. Arriving with only the clothes on your back, you must survive the colossal dangers that you encounter. To restore balance and reclaim the land from the brink, you will be faced with questions that not even a God knows the answer to.

Praey for the Gods is a boss climbing game set in an atmospheric world that reminds me of another wonderfully iconic game Horizon Zero Dawn, that we reviewed both for the game and for its special edition action figure.

While works on the game carry on and a release date has not been announced yet, please note that it is possible to enroll for the Early Access Steam campaign from the official website. I know since now that this title will be mine. What about you?

Tags: No Matter Studios, Praey for the Gods, Shadow Of The Colossus

1 thought on “A Look A Praey For The Gods”