Another quality Amiga release from the team behind Rygar and Bomb Jack Beer Edition has “just” been made available for purchase in both Digital and Physical form at their website.

Both of the former remakes were from Tecmo but this time around it is an Atari game and quite possibly one of the best Single Screen Drive ‘Em Ups from the mid-80s and you probably know it as Super Sprint. 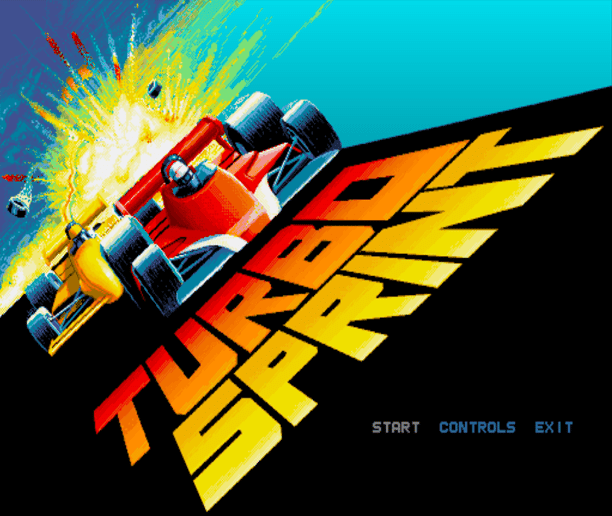 The reason for the name change is that the developer couldn’t get in touch with the IP owner and therefore decided to leave out a few things like registered trademarks and change the name of the game.

If this will lead to the game being pulled remains to be seen, I will leave that topic for the armchair lawyers out there but I have one thing to say to them and that is – try the game(s) first before you go apeshit on forums/YT and so on. 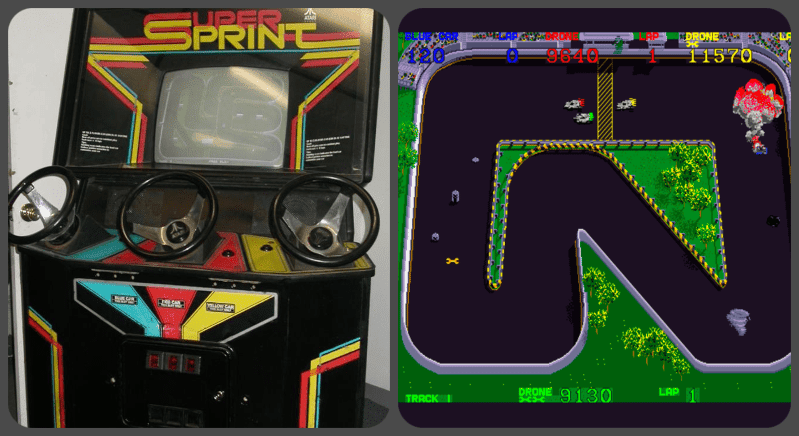 Turbo Sprint is one of those overhead single-screen racing types of games and the arcade game is to most remembered as the one with 3 steering wheels, 3 pedals and one screen, a huge monster for its time for sure.

Yup, have no fear, that very same sound is in this remake too. 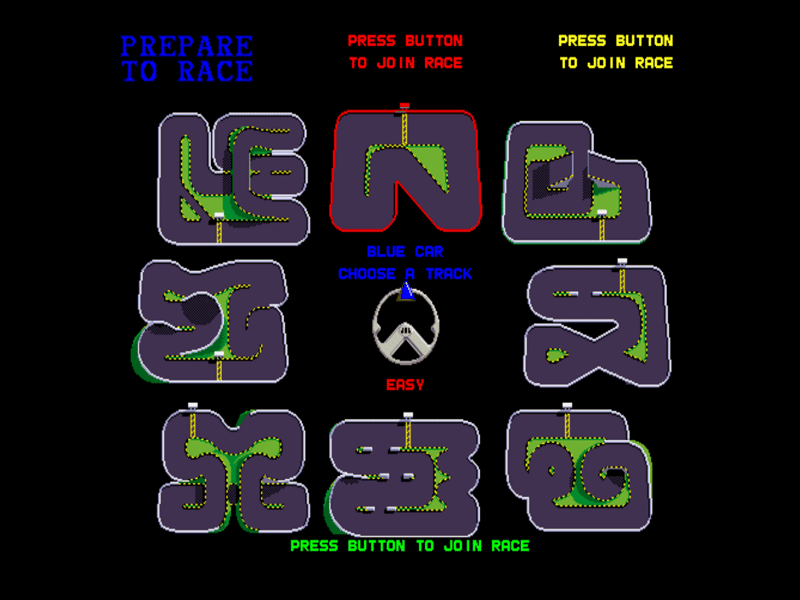 Turbo Sprint got 8 different tracks which all got 4 different versions which on top of that got two more versions of each track, why is it like this?

Well, to add variation and longevity to an already very fun game is one of the reasons but in this remake, it gets progressively more difficult to play and after the first 8 tracks you will get them again but with more obstacles, barriers and whatnot and it keeps doing this until it all resets after completing the game as the 33rd track appears, that said, it does loop forever and ever so if you are as fond of the game as I am then you might even do 64 tracks before you decided to throw in the towel. 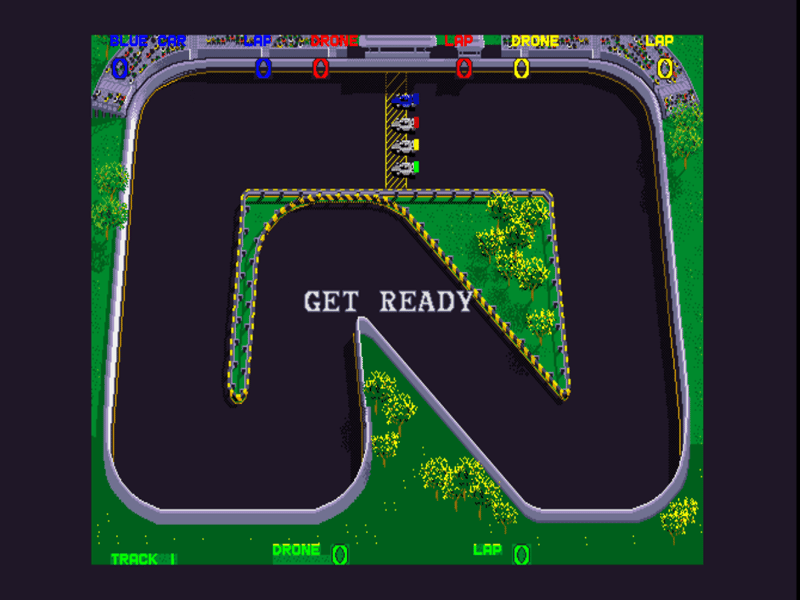 Turbo Sprint got unlimited continues so you can basically play forever if you want to do so, I am a score and lap chaser which means that once I am game over and the score resets means that I also start the game from the start again as I want to get my scores on the leaderboard (which btw saves to your NVRAM on the CD32 or Floppy or HDD depending on which version you play), you will have to master the game pretty good to enter the extremely high scores needed to rank in the top 3 list. 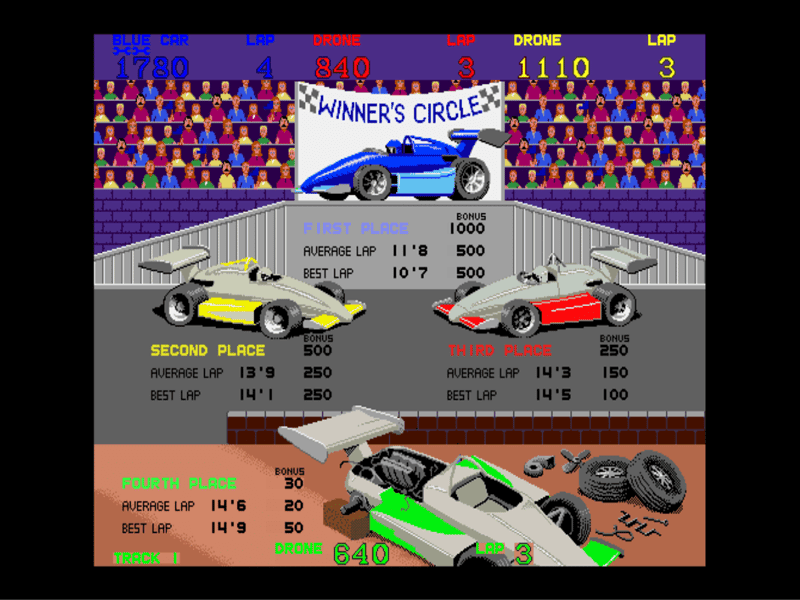 The game has been out for over a week now and while I wanted to put this review out on launch day it became clear as day that doing a quality review takes time and I have no time at all for blogging these days due to all my time going into help projects getting released, and yes this one is one of them. 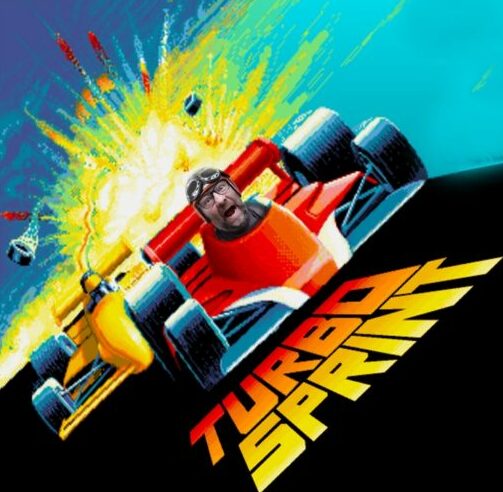 I know you love our crazy photoshopping ideas, so here’s another one.

So far everything looks more or less like you remember the game from earlier ports or even the arcade game I bet, well I bet you will be quite surprised to see how big the difference really is between the versions and how the brain is playing tricks with you, more about that below. 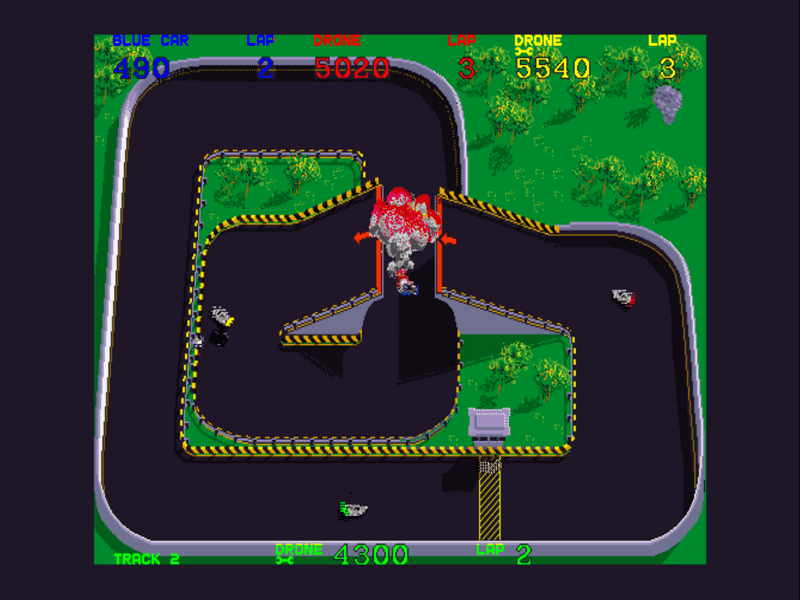 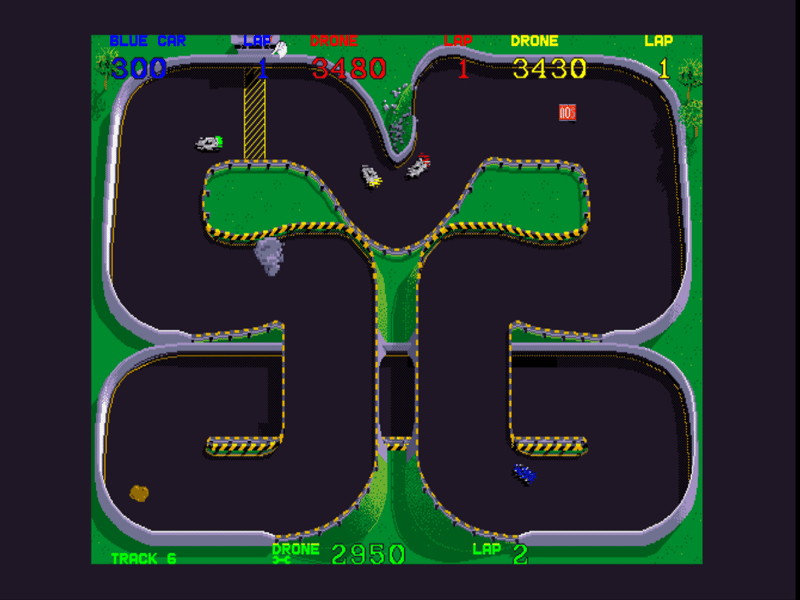 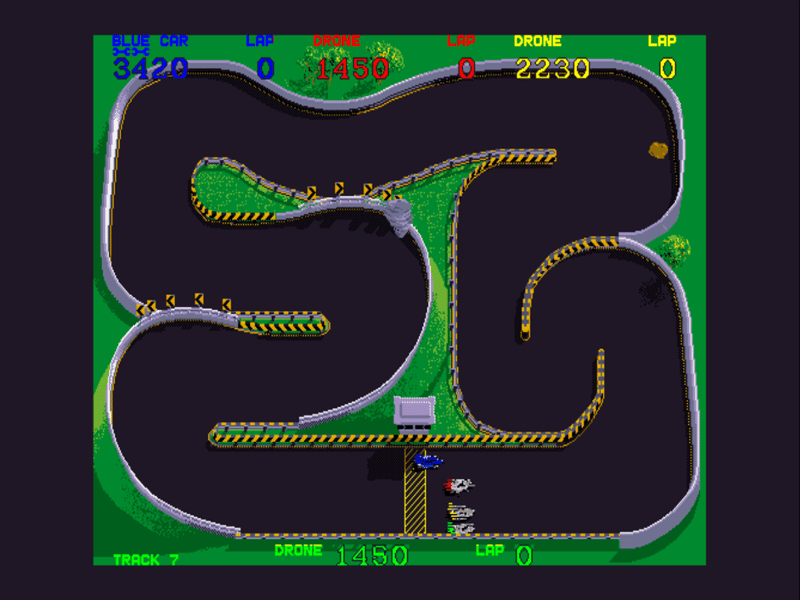 There have been complaints about the game being too easy even on hard although all of them have retracted the complaints after actually trying the game for more than a round or two. 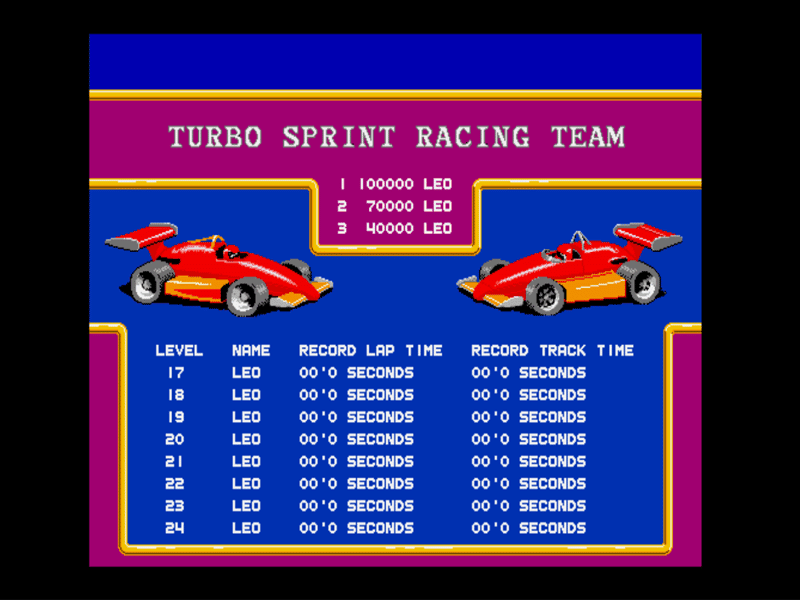 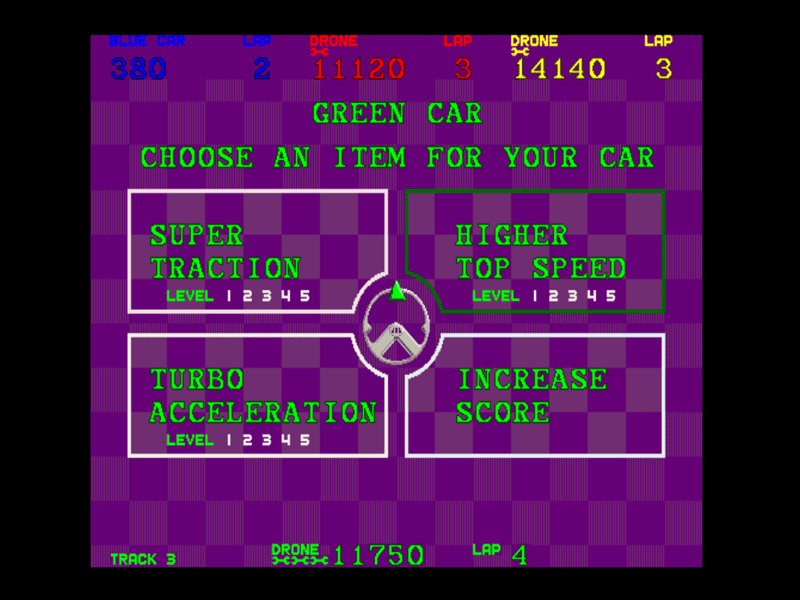 Turbo Sprint requires the AGA chipset for several reasons but it is very hard to show that in screenshots or videos really, but yes the game is actually running in high resolution and is using double playfields and there are up to 48 colours on screen at all times.

This is probably where you will go – but Amiga OCS chipsets can do much more than this and we already got BadLands, Ironman Stewart Super Off-Road and Indy Heat etc, well, for some things yes the OCS chipset is awesome but let’s just put it like this, load up these old games and then load up Turbo Sprint and then tell me what differences you see to clarity, graphics, resolution and colours etc.

I am a huge fan of Indy Heat and the Amiga port is god damned amazing but after playing this new Turbo Sprint game I can’t stop thinking of how amazing Indy Heat would look in the same engine.

And finally, yes I am aware of the Super Sprint Atari ST conversion from 2012, I wrote about it here, the funny thing though is that this old version actually requires a beefier Amiga than Turbo Sprint… 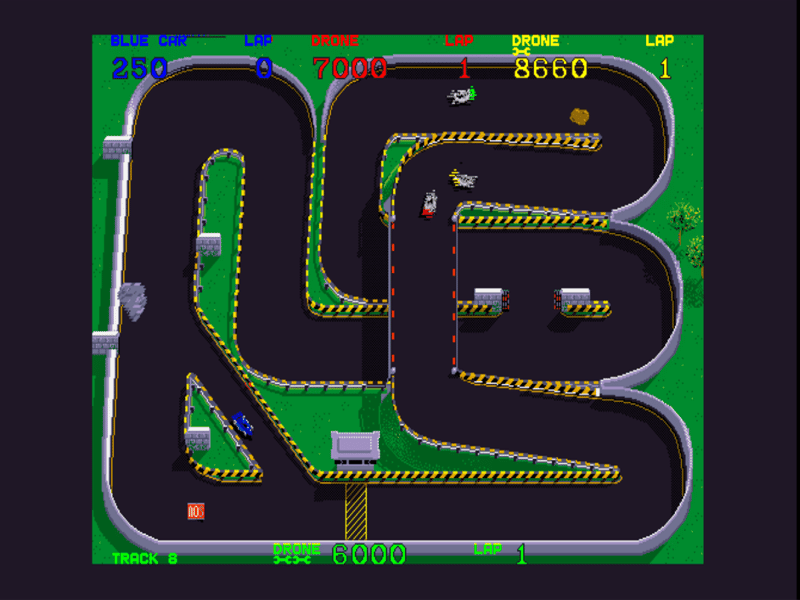 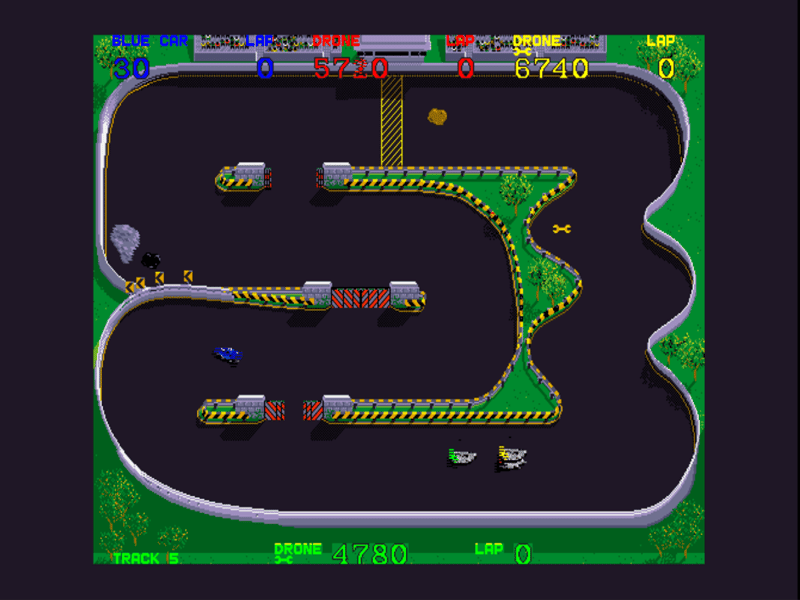 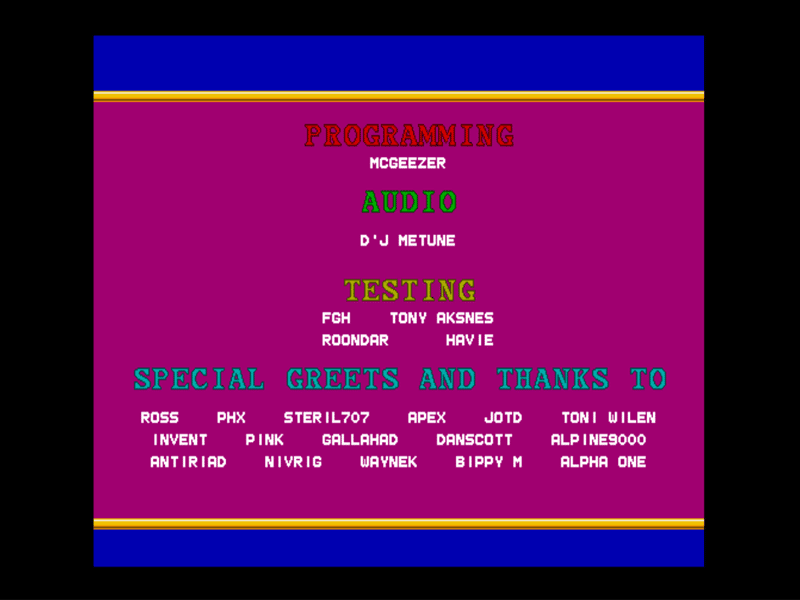 Dj Metune did all the music and sound fx for Turbo Sprint and I can say with ease that the quality is simply fantastic and very true to the Arcade without copying it 1:1.

Turbo Sprint supports up to 4 players (Super Sprint “only” had 3) and you can play it with either joysticks/joypads, steering wheels, keyboard and yes it even supports the 4 player adapters like this one.

It has to be mentioned that the game is designed to be played with a joystick/pad and the way the car acts in regards to steering might be a bit awkward at first.

A big box version of the game is available and can be pre-ordered from the website, it is printed on demand and will most likely end up as a very limited run which means that if you want one then you better hurry up and get one before it is too late.

The Turbo Sprint box will be of the same quality as the Rygar box that you all wanted so badly but couldn’t get due to it being only printed in a very limited run for friends of the developer.  Interestingly enough you can order a Rygar box now if you order the Turbo Sprint box so all in all you will save postage and get two fantastic boxes for a very reasonable price.

The digital download version of Turbo Sprint costs £10.99 and it includes CD32, ADF and Whdload versions of the game, your purchase becomes available instantly too btw.

The Physical version of Turbo Sprint costs £42.99 and for that, you get the beautiful box (see above) as well as a printed manual, floppy with a proper disk label and a toy racer USB stick type thing that will be revealed as soon as it is available. This physical version also gives you access to the digital download version mentioned above which basically means that you get to play the game while waiting for the big box to arrive (which might take a while…)

Attached a video of the game so you can see how it looks compared to the other versions etc (the 2012 Atari ST port is also shown here btw).

You also get to see new features like bombs, barriers and so on and I honestly feel that YouTube really doesn’t show how good the game really looks, I have many, many hours (ok, something like 3 hours a day for 2 months) in this game and all of them has been on CRT screens and it looks absolutely gobsmacking in 100hz on my Sony TV and it has to be added that it is even in fullscreen too and none of these black borders you see in videos and screenshots (which are done in Emulators). 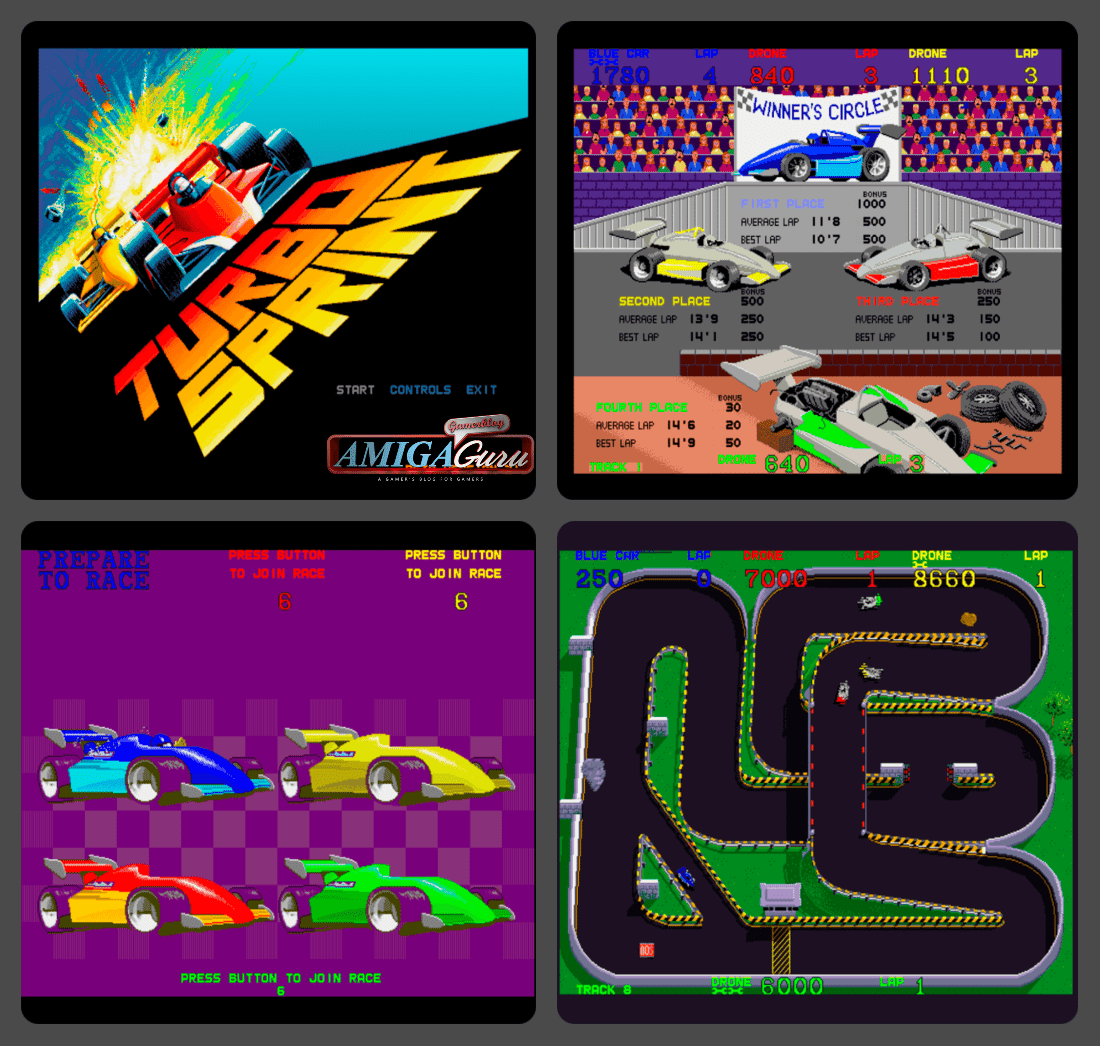 Turbo Sprint might not be for everyone and as always there will be people that won’t support it at all since it is not free and their PC can do an “arcade-perfect” version in MAME with ease and then there are those that will just moan and bitch about IP violations to make noise…Buuuuuut, for the rest of the Amiga community this game is as good as it gets (for now(?)) and that comes from one guy that loves Indy Heat and always thought of that as the closest we would ever get to the arcade.

Grab Turbo Sprint if you want to have one of the better couch multiplayer games available on Amiga, it might not beat Super Skidmarks or Super Cars 2 or whatever you fancy the most but if you are into overhead racers or single screen fun then this is where you want to put your hard-earned cash, you won’t be disappointed, that much I can guarantee you.

Thanks to RoarTJ for the photoshopped image as always, You Rock!

Follow Us... Inspire Us To Get Better... Keep The Flame Alive
Introducing Lost Judgment A Look At Gods