As I stated in my previous article the last edition of Lucca Comics&Games was a little undertone, as far as I was concerned. Nonetheless, I still managed to secure a fine object for my personal collection. There has been a time in which I used to attend these fairs and loot everything I could but, as time went by, I decided to change attitude since dedicated space in my house is a long time gone.

Nowadays, despite the endless offer of new and interesting mangas out there I tend to concentrate on short operas, better if they have now achieved the status of being relevant for comics history in itself. For these reasons, the choice was Dororo (どろろ), a manga series written and illustrated in the late 1960s by the manga artist Osamu Tezuka. 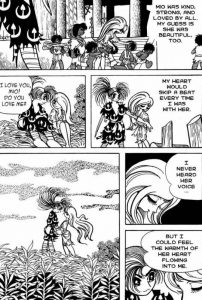 Dororo’s plot revolves around a boy named Hyakkimaru (百鬼丸) and young orphan thief named Dororo (どろろ); the story unfolds during the Sengoku period, definitely the most inspiring for this kind of works. Due to an infamous pact between his father (the Daimyō Kagemitsu Daigō) and 48 demons, Hyakkimaru was born malformed, limbless and without facial features or internal organs. That was the price to pay in order to allow his brother to rule the land undefeated with the help of demons. The infant was abandoned right after he was born, but he was luckily found and raised by Jukai-sensei, a medicine man who used healing magic and alchemical methods to give the child the prostheses necessary to live a (normal) life. In truth, Hyakkimaru was able to unconsciously develop paranormal powers capable of enabling him to see without eyes and hear without ears and as years pass by he realizes that smaller demons are attracted by his powers. To avoid endangering Jukai’s life, Hyakkimaru decides to leave his home and start his search for a better life. Many obstacles will cross his path, and the boy will soon discover that killing demons will grant him back the body parts that were stolen at birth, but as Hyakkimaru regains his mortal limbs he will put his soul at risk. 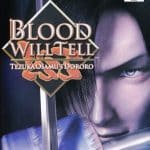 At the end of 2004 a PlayStation2 game called Blood Will Tell and inspired by Dororo was published by SEGA. Like the manga, it followed the adventures of Hyakkimaru in his quest to uncover his past and regain his humanity, and exactly like the manga, Hyakkimaru integrated weapons into his body to compensate for the loss of his limbs. Our hero can so battle with various weapons such as blades embedded inside of his arms or a bazooka hidden inside of his leg, but as Hyakkimaru recover his humanity his skills and powers will steadily decrease, a concept that was revolutionary as gameplay since it is the exact opposite of basically any other game. That’s how the cooperation with young Dororo, who guides and fights alongside Hyakkimaru, becomes essential in the game strategy and only through cooperation, exploration, and violence will Hyakkimaru ever be able to live a normal life.

Back in the day I never had the chance to complete the game, and that’s why I won’t give a score at the end of this article. Nonetheless, I can tell you that Blood Will Tell is a game you should strive to have in your personal collection since it surely was out of the ordinary. If I were to express an opinion based on my (limited) experience I would grant this product a 7, while the manga it’s a true must-have even though, probably, it wasn’t the best of Tezuka’s operas. As a side note, the name Dororo is a corruption of the word dorobō (どろぼう, “thief”), as Tezuka’s son used to pronounce it at young age.

1 thought on “A Look At Blood Will Tell – Dororo”