Worthy was first revealed back in 2017 and it didn’t take long before the hype went through the roof due to both the technical stuff and the way it looked, it just sounded too good to be true that someone would spend so much time on an Amiga game of this calibre in this day and age.

It is clear within seconds that PixelGlass Games have spent a lot of time on this one and that they aimed high and managed to pull it off.

Worthy was released back in June 2018 and normally we would have done an article at release but we had gone for the retail big box version and little did we know was that this would take over 2 months to be delivered and needless to say – the hype was gone when the box finally arrived.

We could have done a game review as we did get the downloadable version too and yes we played it a lot until getting stuck at level 28 or something. The thing is that we were totally focused upon doing a box + game review…  The irony in all of this is that it’s been 5 months now since the release and this article might start another wave of hype and lead to more sales for them (hopefully).

Ok, enough of this boring stuff… 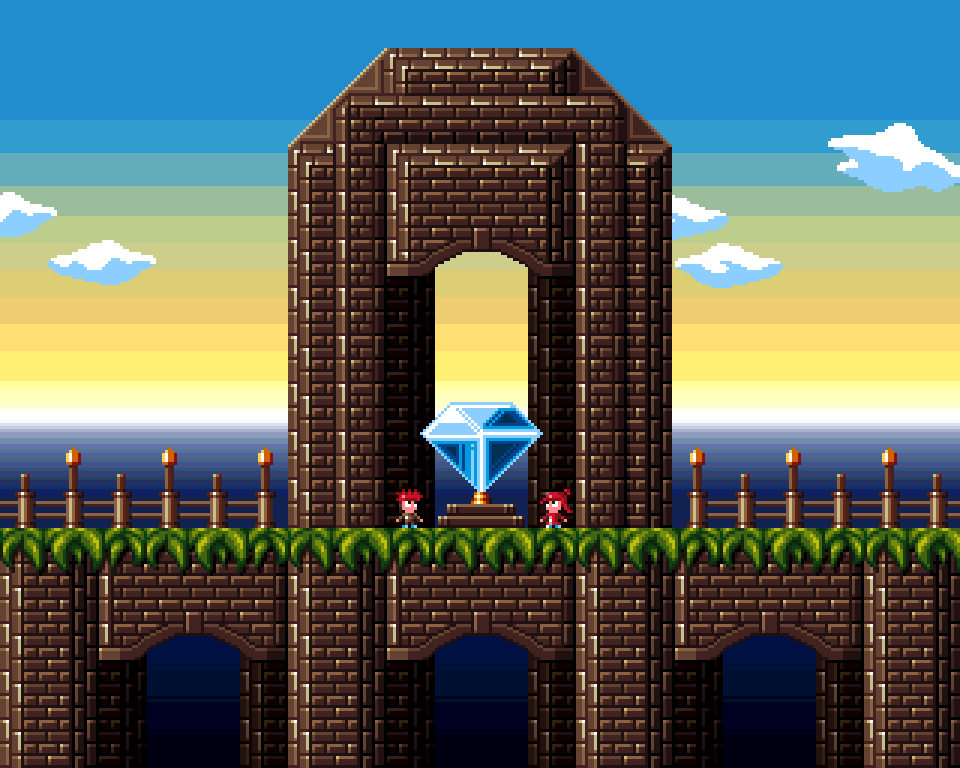 The thing that strikes us with Worthy is how polished it feels, the choice of colours and the way it sounds and maybe most of all how it plays, everything feels like if it was produced by someone like Team17 or even Psygnosis back in the glory days of the Amiga, now that’s a feat right?

Pixelglass Games have so far released a few high profile titles(1)(2)(3) and we have covered most if not all of them so far and yes while they have all be free (under the Reimagine label) it is fair to say that the quality has been awesome.

The point of the game is to impress a girl by collecting diamonds, slaying monsters and flicking switches to win her heart and you won’t be able to go to the next level without proving you are worthy of that.

Worthy might look simplistic at first since it’s a single screen top-down maze type of game but once you get hooked then it will turn into one of those “one more go” games as you just have to finish that last level. Everything looks so simple and easy at first glance and this will trick the lot of you most likely and this is most likely why the game is so fun to play too as it feels possible to beat.

I must admit that i have yet to complete it, I managed to get to level 30 earlier this week and decided to take a break before going totally crazy, i know there are walkthroughs out there but I rather not want to use them as I will beat this game one day for sure…

Here’s the spoiler-free launch trailer of the game, I decided to include this one instead of others for several reasons but the main reason is that it’s pretty good at showing the game and concept in just one minute.

Worthy is full of puzzles that will make your head spin and there are most likely many ways to complete the levels but there are a total of 40 levels and there are even multiple endings which are pretty uncommon in Amiga games.

To be able to play Worthy you will have to have an Amiga (or an emulator like FS-UAE / E-UAE / WinUAE etc) with at least 1MB of ram (which all of you got by now right?) and yes it comes in all 3 flavours too (Floppy, CD32 and an HDD version) which means that you haven’t got a single excuse to not buy the game.

There are 3 different versions available to buy (all of them contains the Floppy, CD and HDD versions):

Worthy also comes in a full-size big box which is a huge plus but the actual front cover design lacks the amazing look of the game and to be quite honest it deserves a better one.

The rest of the box design is fine though, the sides of the box are printed in a way that makes it looks good on the shelf next to other boxes, the actual size of the box is the same as the SOLID GOLD collector’s edition released last year which means that you most likely won’t find any other title in your collection that matches its size.

Why the publisher Amiga.pl.net went for this odd box size is unknown but let’s hope that they will continue with them so it would be possible to line more up next to each other.

The manual is actually very good and the layout and print quality is pretty much state of the art, a few years back i thought that i had seen my last brand new printed manual…

It’s only a few pages but well worth it for a collector and fan like myself. 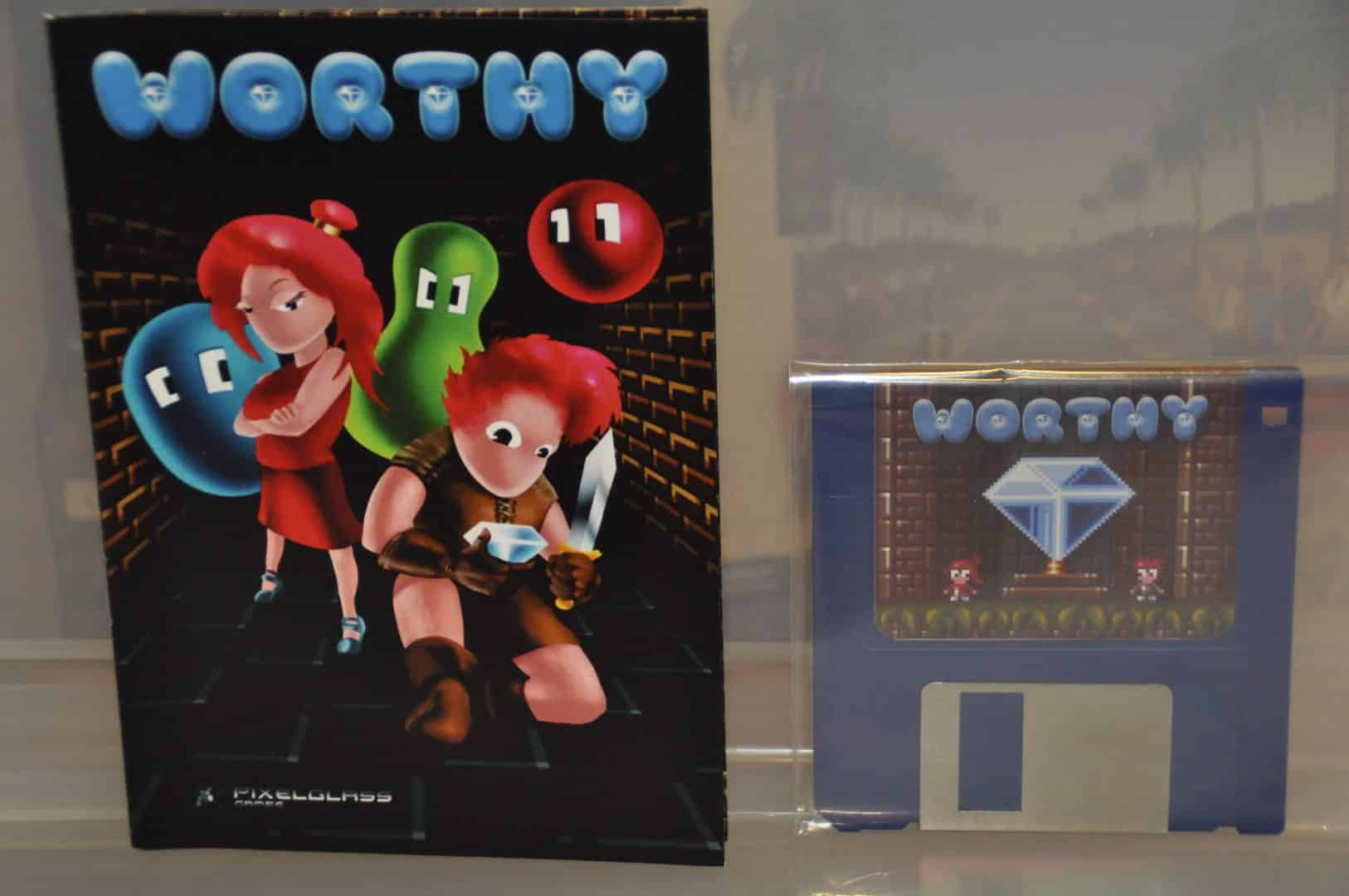 The floppy disk comes with a pretty cool label, and yes I must admit that i have not tried the floppy disk yet as my preferred gaming machine is the CD32 for this game.

A very nice collectable nonetheless, amazing how it’s only on a single floppy in this day and age.

The CD-ROM version is CD32 compatible and if you put the CD-ROM into a computer then you will find several bootable versions there for various setups. The cover art is the same as the big box version. 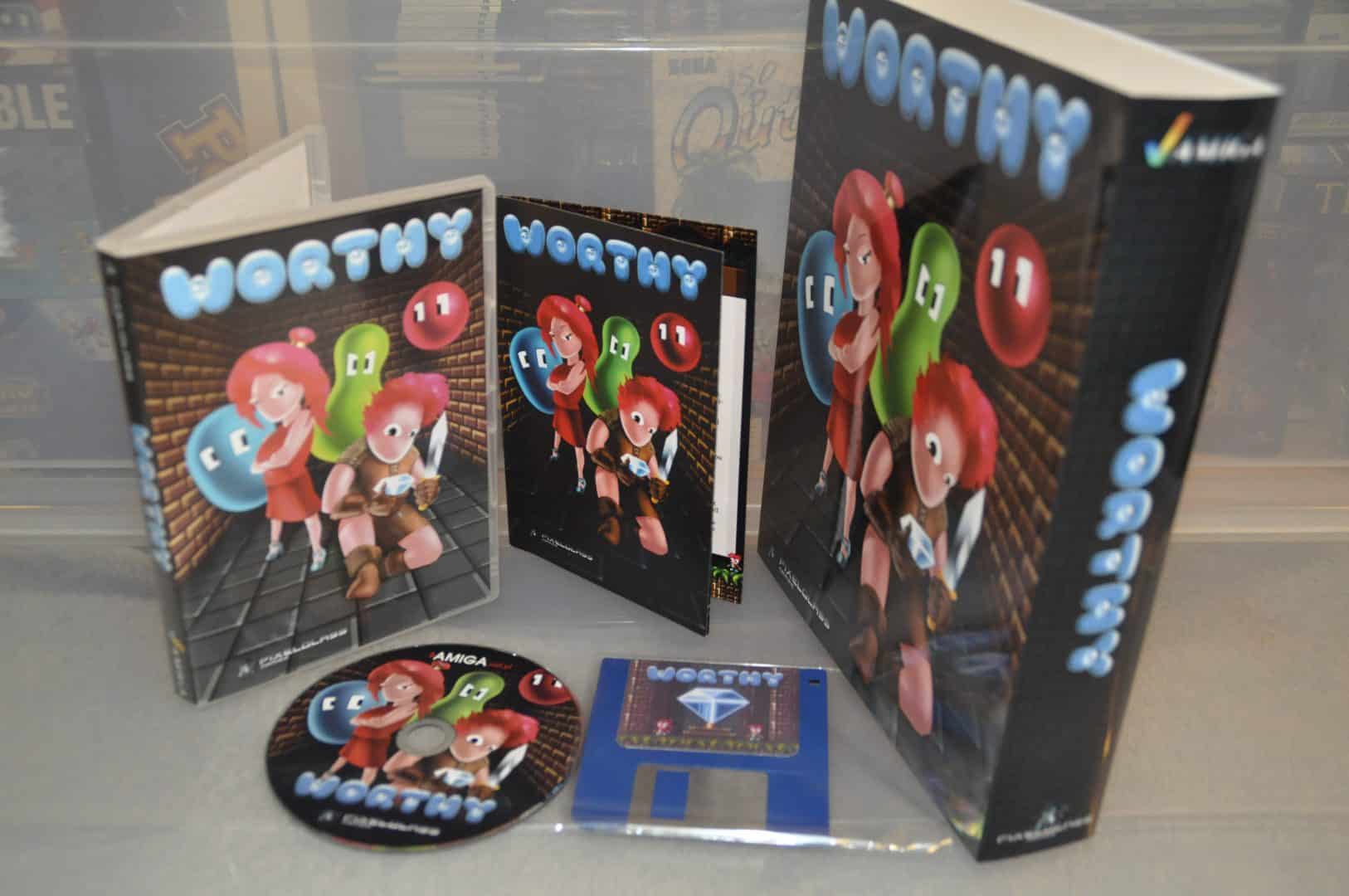 This is not everything that was inside the box, there was also an A3 poster but for some reason, i forgot to do pictures of it but the image is the same as the front cover and yes you should know how it looks by now. 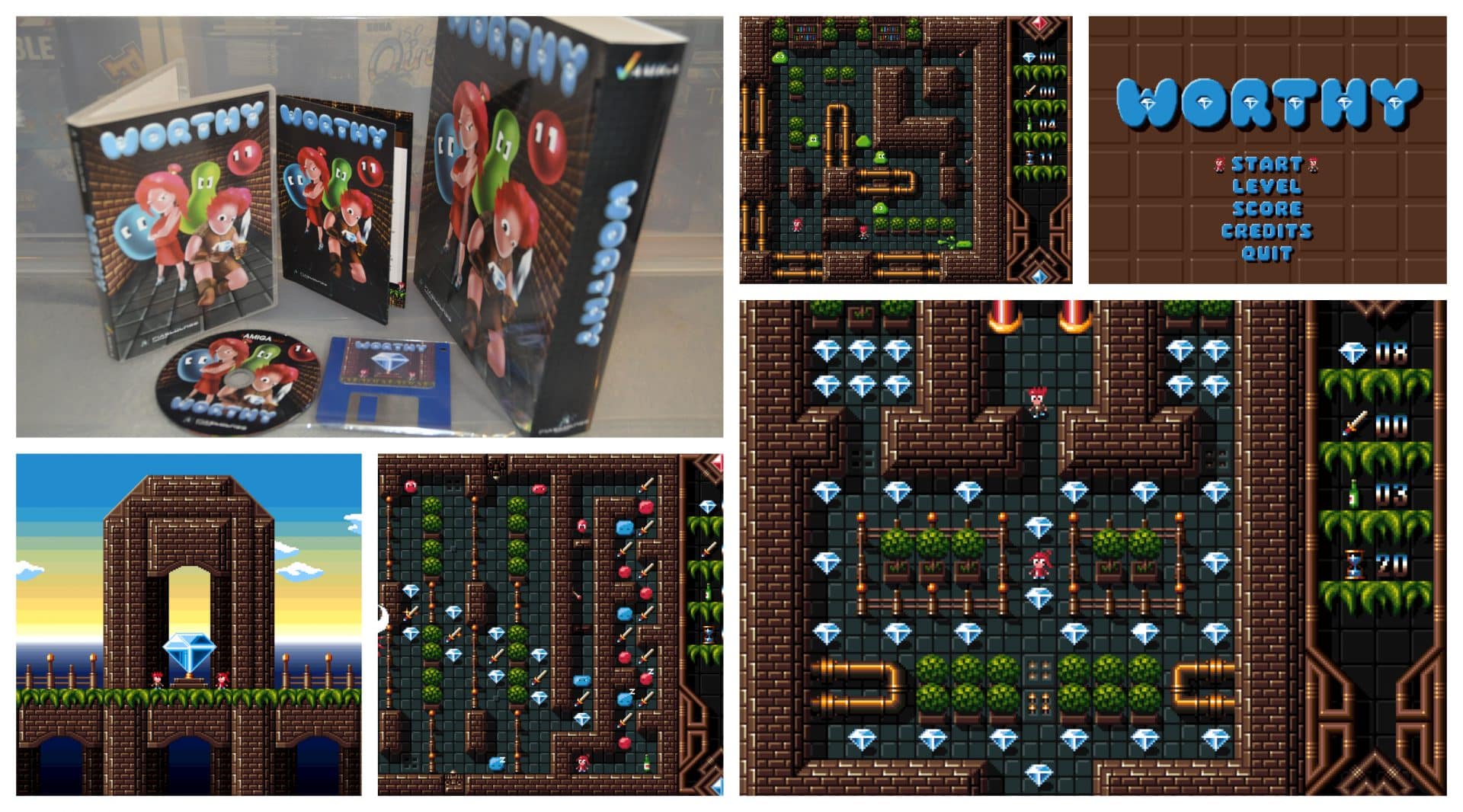 Worthy is definitely one of the best retro games I have played this year and a proper Game Of The Year contender for sure. It’s one of those games that will never be forgotten and one that should be in every Amiga owners collection. An instant classic and a clear signal to everyone out there that the Amiga ain’t dead. If there is one new Amiga game worthy of your money, it’s this one. What are you waiting for? GO GET IT NOW!

6 thoughts on “A Look At The Amiga Game Worthy – And Worthy It Is!”