Here is another article that has been sitting on my HDD for months (just been too busy with game dev and family etc) in a more or less finished state.

Wiz – Quest For The Magic Lantern was Mutation Software’s first Amiga title since the late 90s and at launch, the game came out on Floppy disks and a USB stick as well as a digital-only release via the online service Itch.io (I reviewed the game itself at launch but never got around to do the Physical box reviews until now that is). 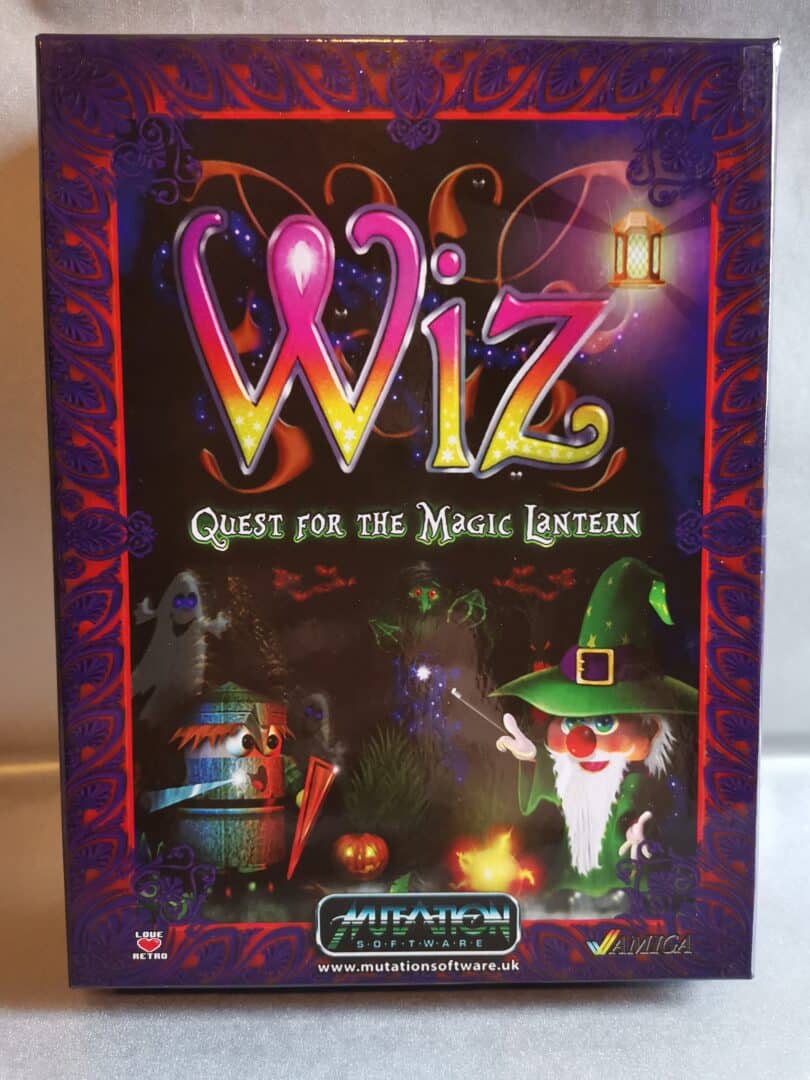 This is the front of the big box edition of Wiz, this version was released a while after launch and made in a very limited run of just 50 or so boxes for collectors and people who wanted a bit more than just the standard jewel case or digital versions already available.

This big box version is one of the best looking boxes (up there with Rygar, Turbo Sprint, Slayers Of High Toro, Inviyya etc) in recent years for sure and Mutation Software really showed that he knows what collectors wanted in terms of quality etc.

Sadly this one production run is likely to be it and if you didn’t get one back in March then you’re out of luck. 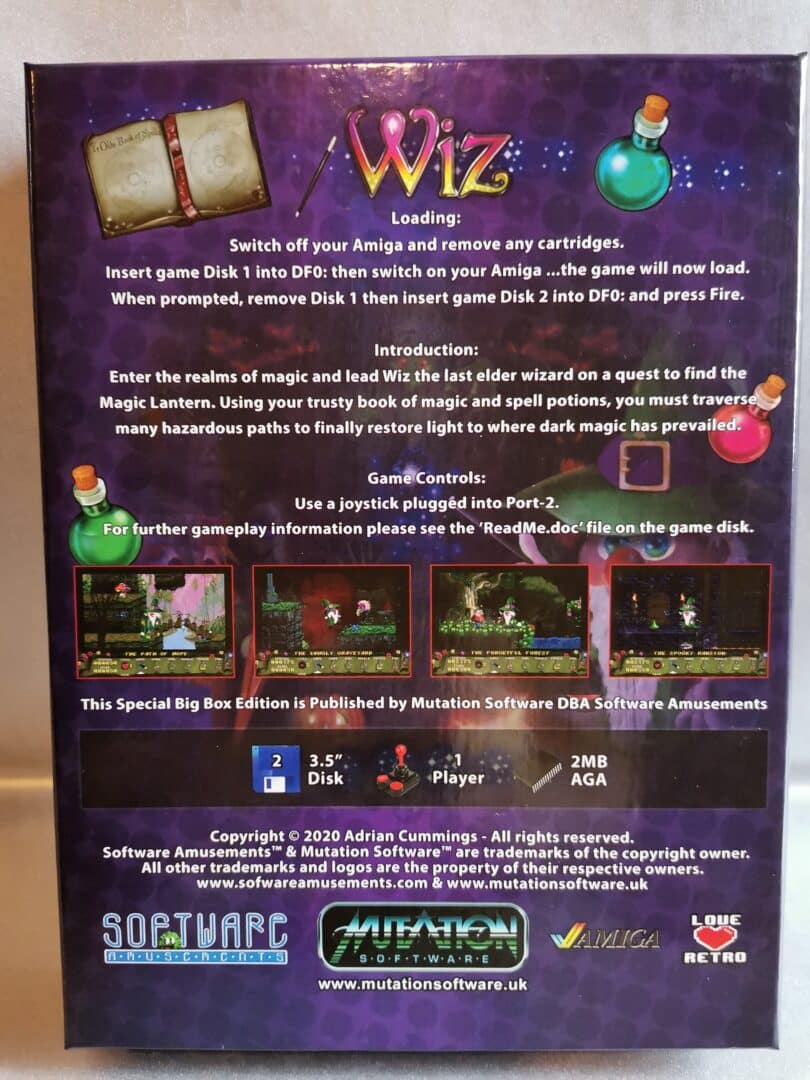 The glossy box and awesome quality from the front goes for the rest of the box too, it is just amazing to look at and it is almost like if Adrian listened to a bit of my feedback when he made this one :p (haha)

In my opinion, this whole box is magic and it looks like something a wizard would whip up with his magic wand (yeah I am pretty sure Adrian Cummings has a wand under his pillow).

Some more shots of the box here, the sparkly stuff in the right-hand picture is a really nice addition to an already perfect box.

I asked Adrian, Jane, and Schnoodle nicely for a signed copy and the middle pic is what they sent, love it to bits and I am eternally grateful for having a signed copy + got the chance to work with them on a game and to be honest it has been one of the best things that I have done in all my years as an Amiga owner/developer. 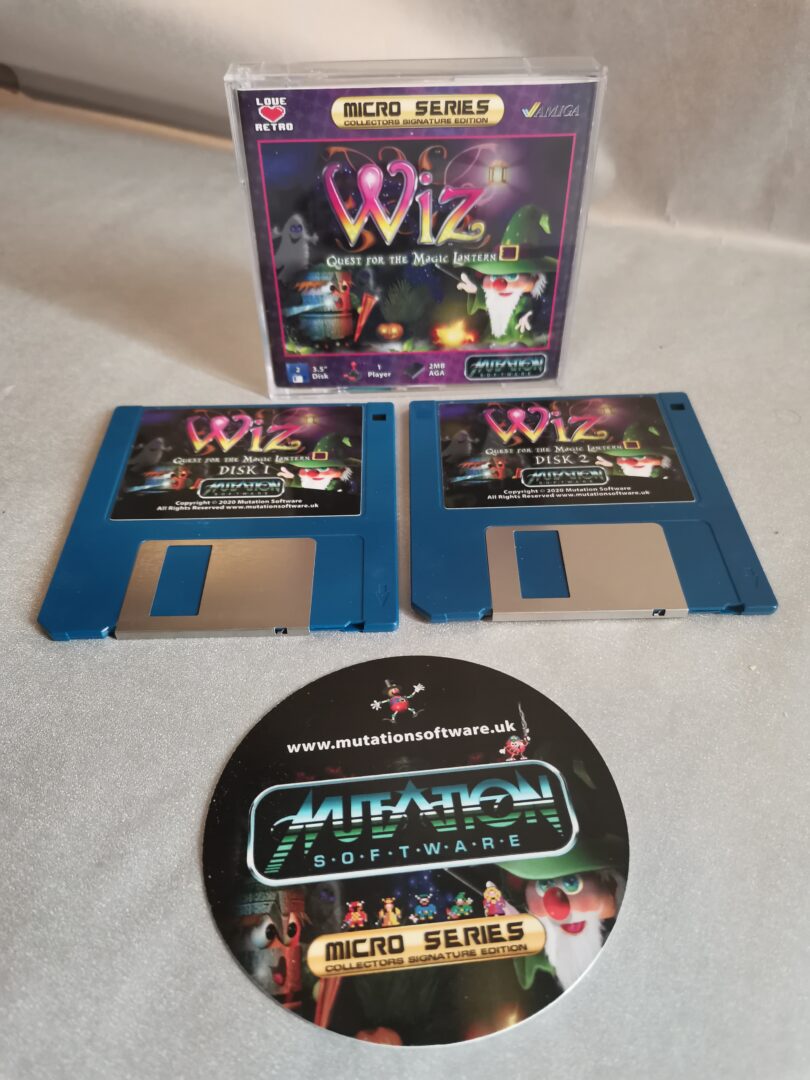 The Floppy version comes indeed with 2 actual floppy disks and while that is great you still have to update them to the latest version as Adrian put out a fix after the launch.

Easy to update it though.

There is also a coaster included.

The poster is not in the picture as it is framed and mounted on my ceiling ( I kid you not) these days. 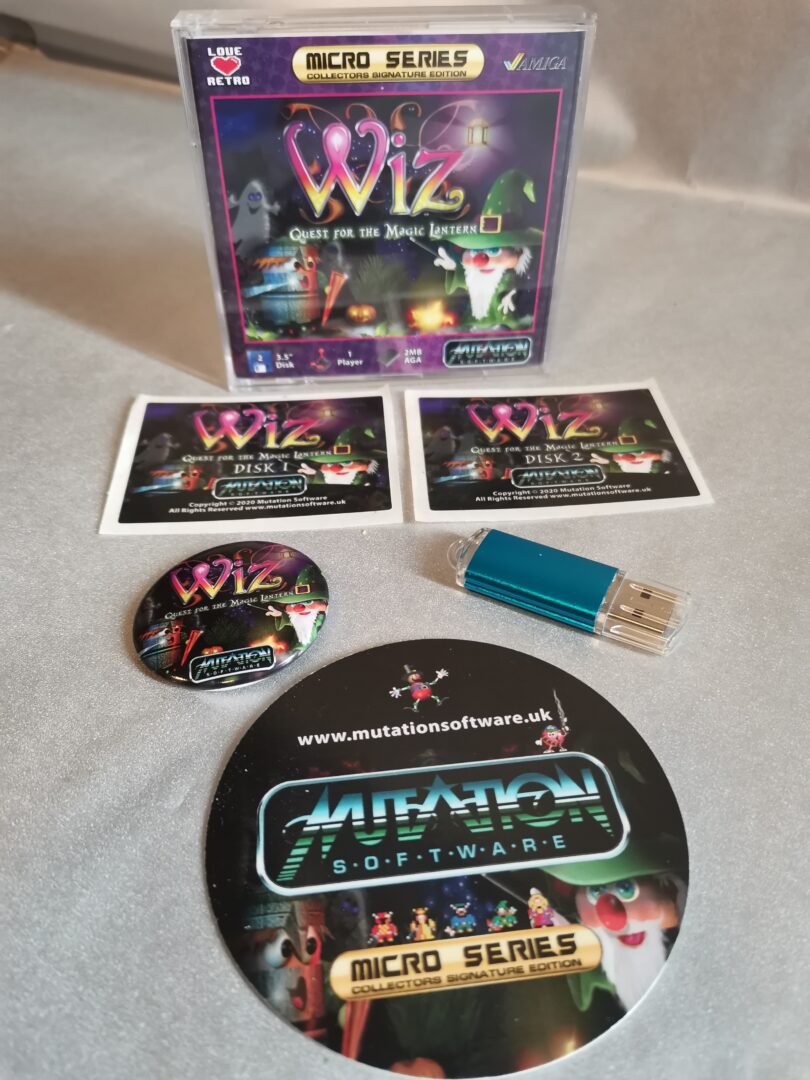 The USB version comes with the game as .adf files stored on a memory stick.

It also came with a special Wiz pin/button thing as an early order bonus.

Stickers for your floppies are also included.

There is also a coaster included.

The poster is not in the picture as it is framed and mounted on my ceiling ( I kid you not) these days. 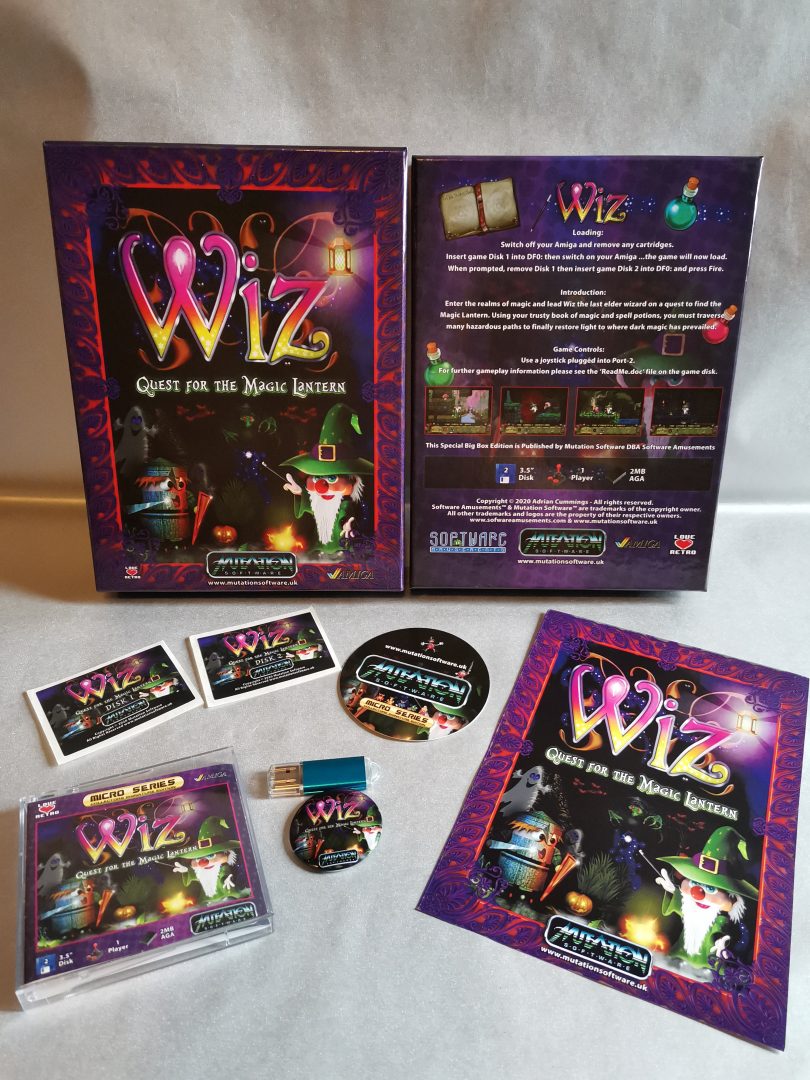 A fantastic box for sure and the game is pretty darn good too (our review here) and I personally would love to see a second print of the big box edition so that everyone that missed out can get it, maybe this is possible in the future via a Kickstarter or a pre-order scheme when and if Mutation Software finds time for it. Sorry to rub it in guys but this is one of “THE” boxes that you should have in the collection.

Want to buy the digital download version, or what about a CD32 version? A direct link to the website can be found here.