This is the perfect retro remake for people who are into Romance Of The Three Kingdoms and horizontal beat em up brawler games like Golden Axe etc.

And guess what, it is even FREE*, yup it is one of those Free to play games – More about that soon. 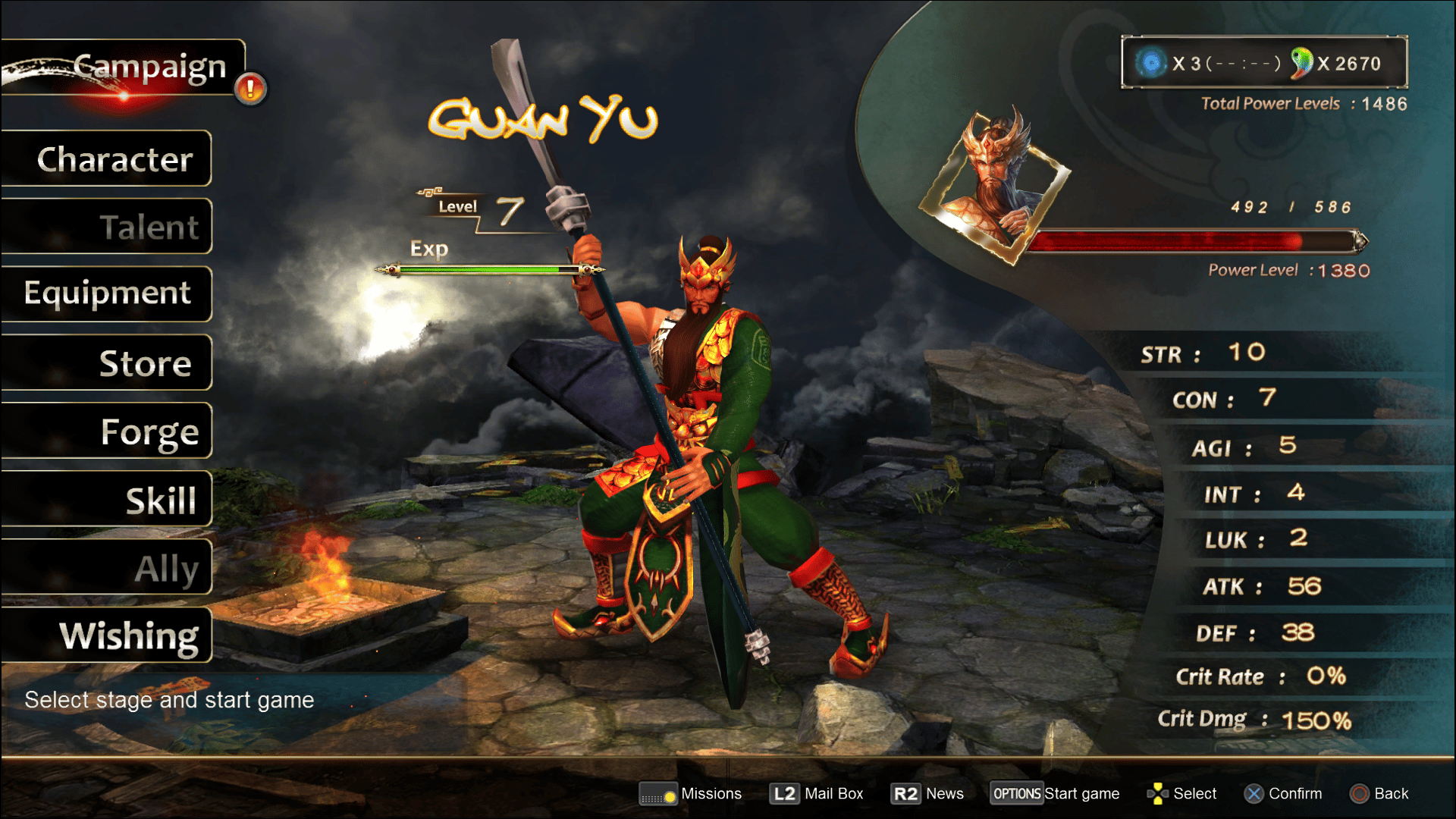 Some of my best gaming memories come from the arcade hall’s back in the 80’s and early 90’s, beat em up games like Double Dragon, Final Fight, Golden Axe and so on was high on the list of machines that took my weekly allowance,

Knights Of Valour ain’t one of them as that came out long after the era of arcade halls in Norway, it came out in 1999 and up to recently totally unknown to me, that is until i got this remake of course.

I know very little about the original actually, i only did a little check online and i found out that it is from the same company (IGS) but that is more or less where my findings end. 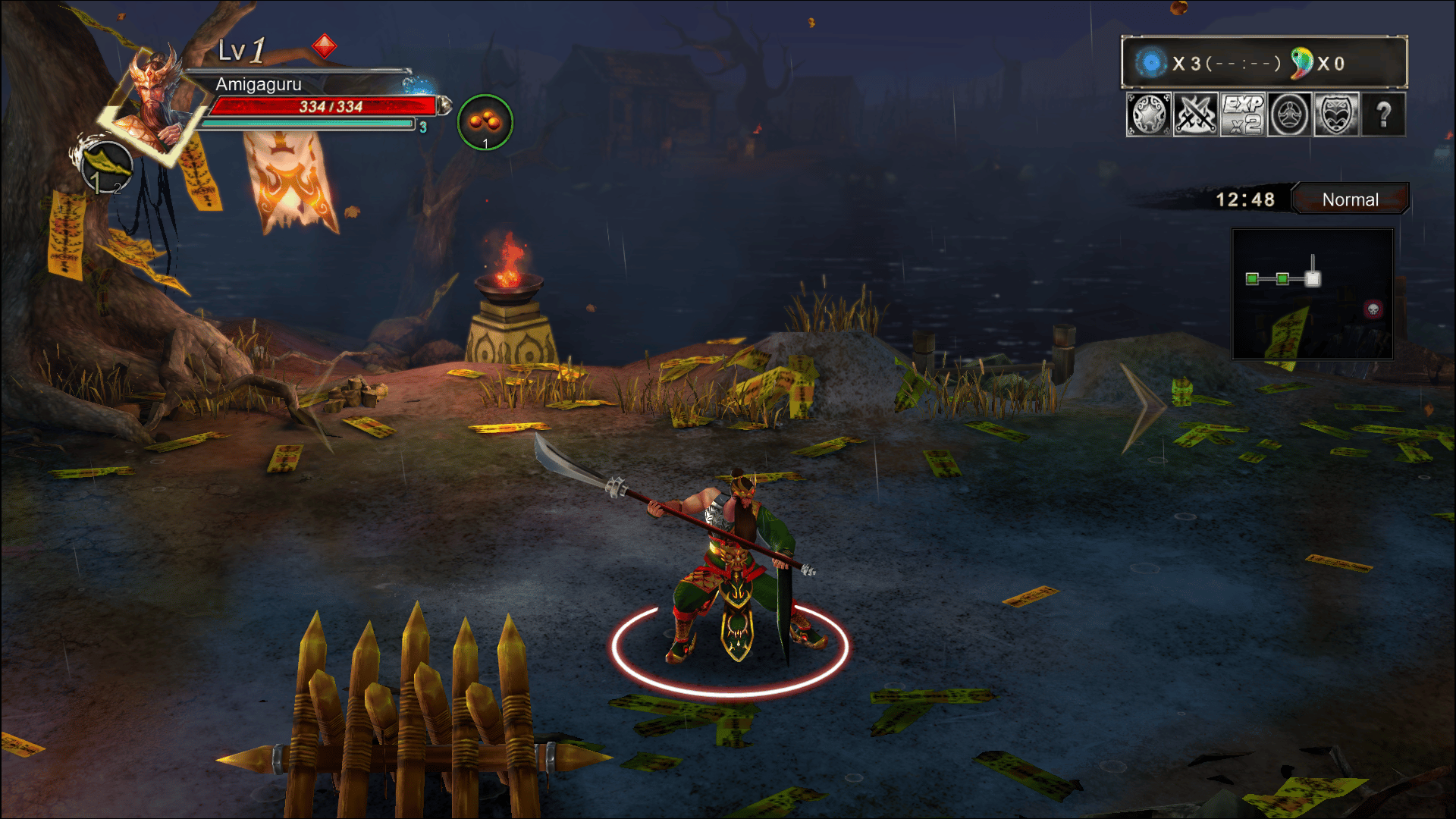 Knights Of Valour is a hybrid of game types but i think it is kinda safe to call it “a Beat Em up with RPG elements” game, the fighting is quite limited and slow at first.

At first, It might feel very similar to the SEGA classic “Golden Axe” although that change as you play it and you realize that there is more to it than just that, this is due to a comprehensive upgrade and looting system in it.

A free* Golden Axe hybrid game?, What more can you possibly want?. 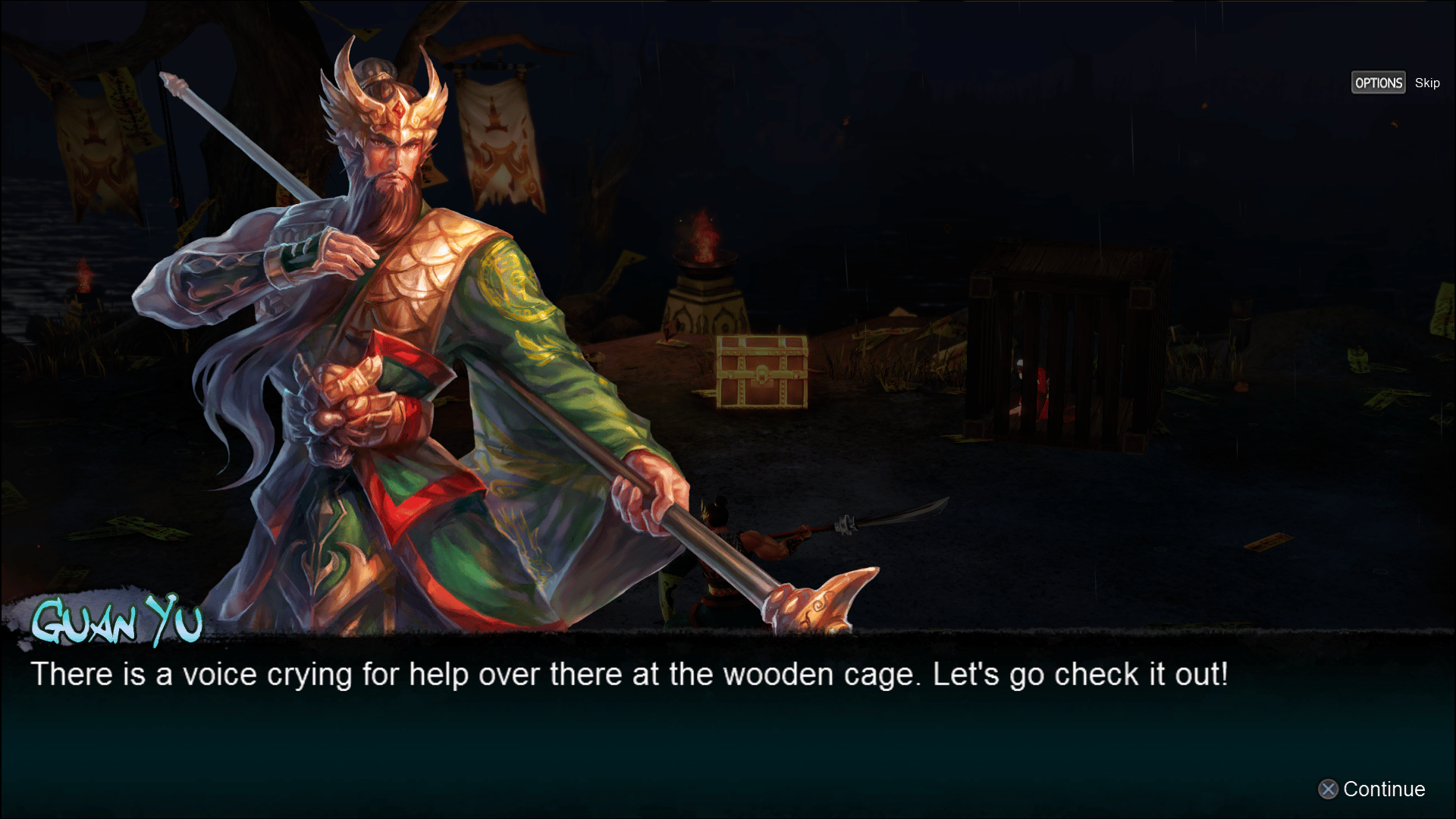 All the warlords (?) from Romance Of The Three Kingdoms is present in the game, yes you will get to meet Lu Bu, Liu Bei, Cao Cao and so on in the game as well as a bunch of others.

The stuff you find in this game is not too far from the KOEI/TECMO Dynasty Warriors stuff and yes i was pretty surprised to find no such logo in the game what so ever. 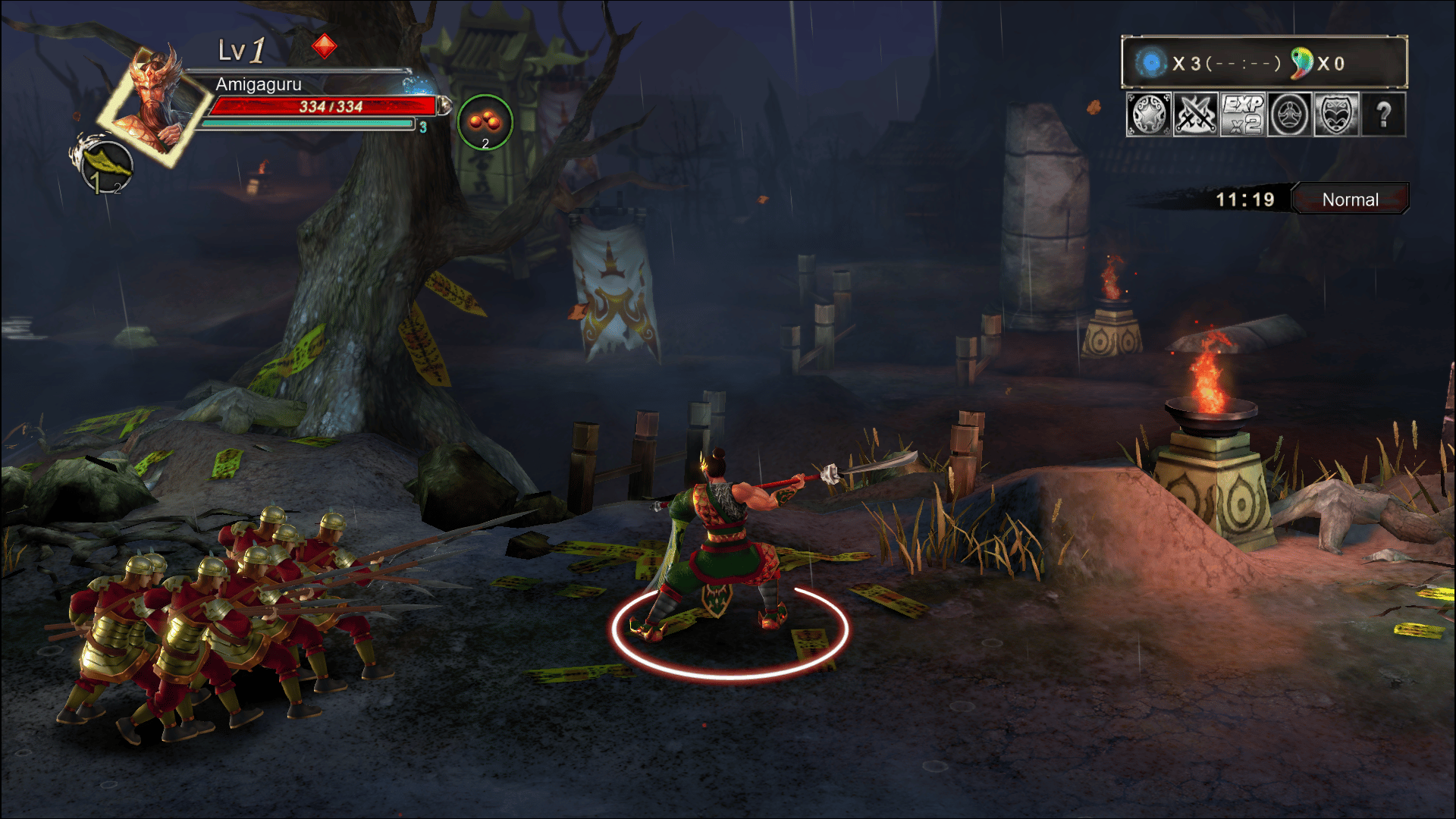 The graphics and style in the game are pretty, very pretty.

Dark and gritty to very bright and downright gorgeous is the formula by the looks of things.

The only downside to it all has to be that it can be a bit slow at times and it doesn’t help that you sort of start off with nothing and instantly have to start grinding to get somewhere at all. 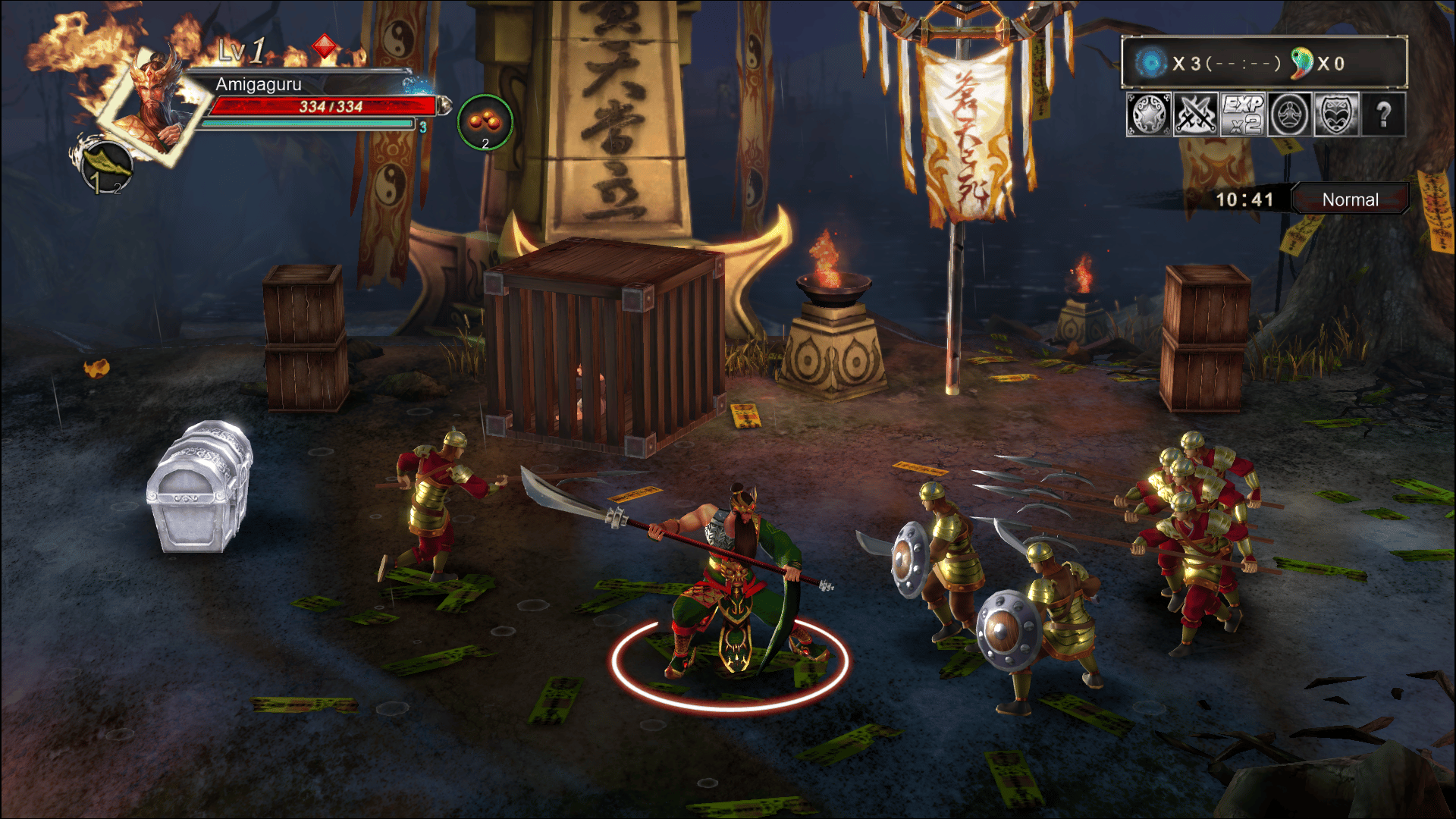 Not all that much to say about the mechanics really, the usual combo system is in place bundled with a rage attack and a magic one.

One thing though is that there’s also a neat inventory function mapped onto the right analogue stick which works very good even while fighting, quick selection with the stick and hit the designated action button to activate it. 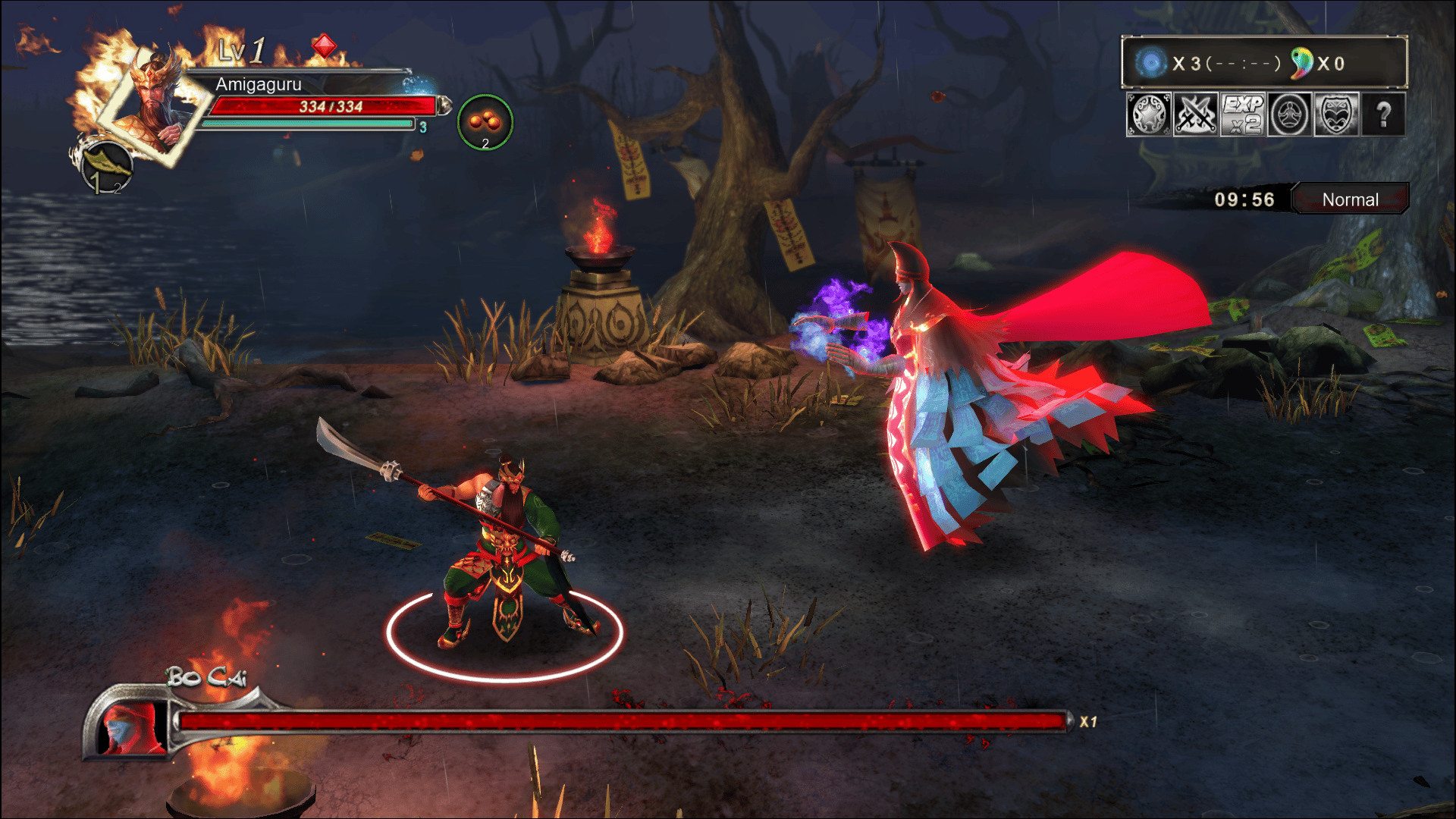 Boss fights happen from time to time, sometimes a level is only a boss and other times it is at the end of a level, you know, how it’s always been in these type of games.

There is even a timer now, i have yet to run out of time so far but i guess this is rating based too (towards the end of a level ranking system).

The game looks damn good, i don’t know but i have a very soft spot for proper 2D graphics and in most cases, i like that more than any other type of gfx out there.

This is one of those games that i switch my TV to soft colours instead of my usual cold settings, why? you will understand when you try the game i guess.

I know the graphics won’t look amazing to everyone out there but my retro glasses help a lot here and i suggest all the haters out there should put them on too. 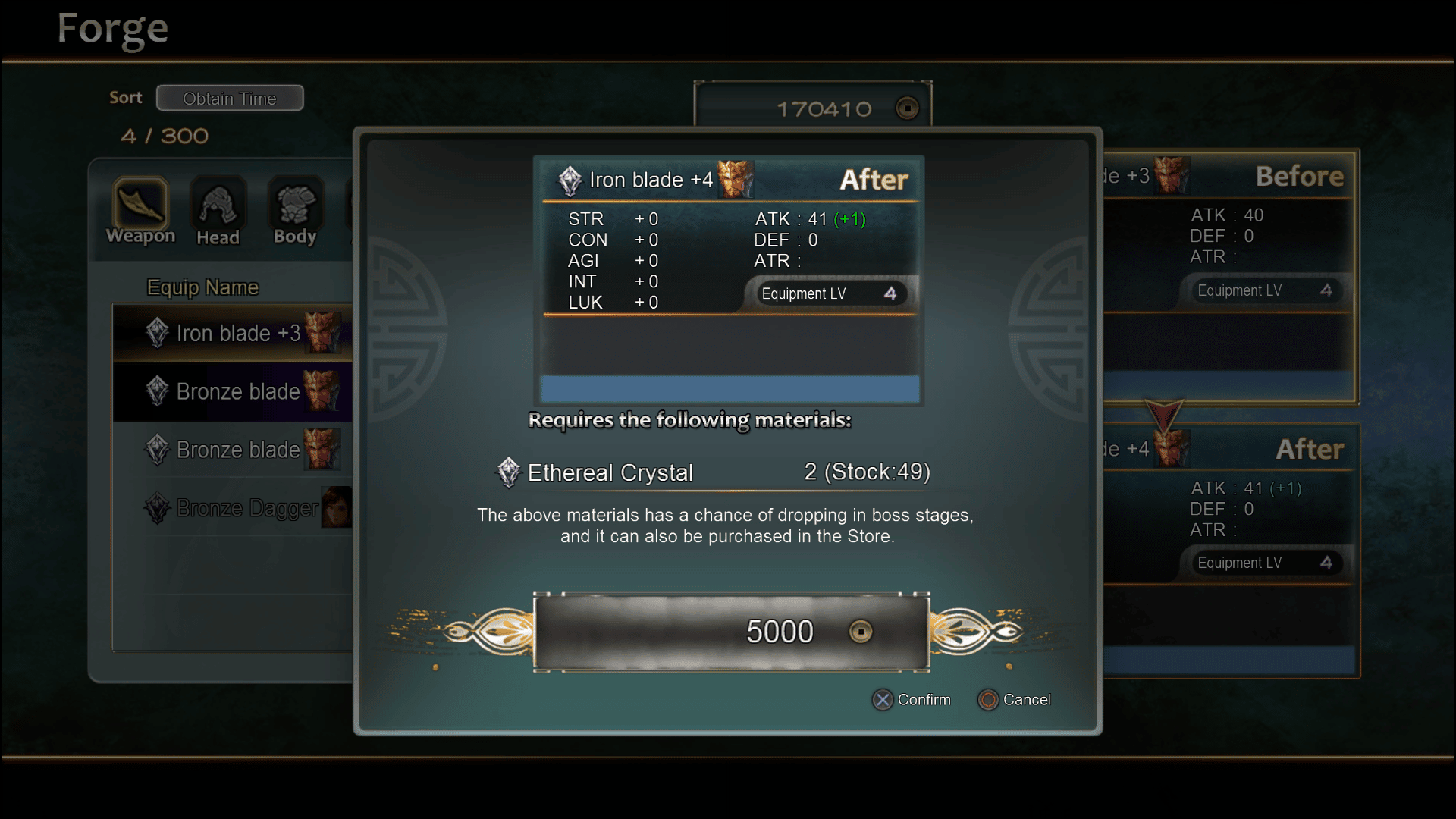 Free to play you say?

As positive as that may sound it is still a very annoying one too and here is why.

The upgrade system screams grinding and so does the rest of the game, every level is tiny upgrades and more or less begging for money, it is pretty clear that if you want to play this for more than the casual way then you have to open your wallet.

Oh and there seems to be a Pay to be able to play other characters too, dunno but i am not into reskins and such and i am A-O-K with this.

Another thing with the game is that it seems that it is “Free Credits” until level 10 and after that, you will have to insert coin to be able to continue if you die in a stage if you don’t pay then you will have to start from the beginning of the level again.

All in all, this ain’t such a bad thing for a game coming from an Arcade machine, but i am not so sure about if i will ever insert a coin (pay to win) in this game as i see it as a game breaker and i normally never do any P2W stuff anyway so.

One thing that ain’t in my screenshots is the multiplayer and CO-OP stuff, yes up to four players both online and offline can play together. Nothing beats an old retro styled beat em up in co-op really, right?.

Knights Of Valour came out a long time ago (2015?) in Asia, European version came out in April 2017 and by the looks of things it ain’t out in the USA still, but keep in mind that it is an F2P game so you can download it from where you want and still be able to play it on your US account if you want.

The final verdict?, well it’s FREE and RETRO so all in all this should be a top score but i won’t do that for several reasons, it grows stale due to the endless grinding but together with some friends and playing it for what it is then it ends up being quite a bit of fun really. It is best served in small doses over a longer period of time though.