As I have written before, Tomb Raider is one of those franchises that definitely had its ups and downs through the years. After being a groundbreaking title with the first chapter and becoming a planetary hit with the second at the times of the PlayStation one, it slowly became stale until the awesome 2013 reboot on the PS3. In the middle, around the end of the PS2 era, while a certain Nathan Drake was in development for the upcoming PS3, Square Enix tried to revive the franchise with TR: Legend, the first game of a trilogy that also included Anniversary and Underworld. 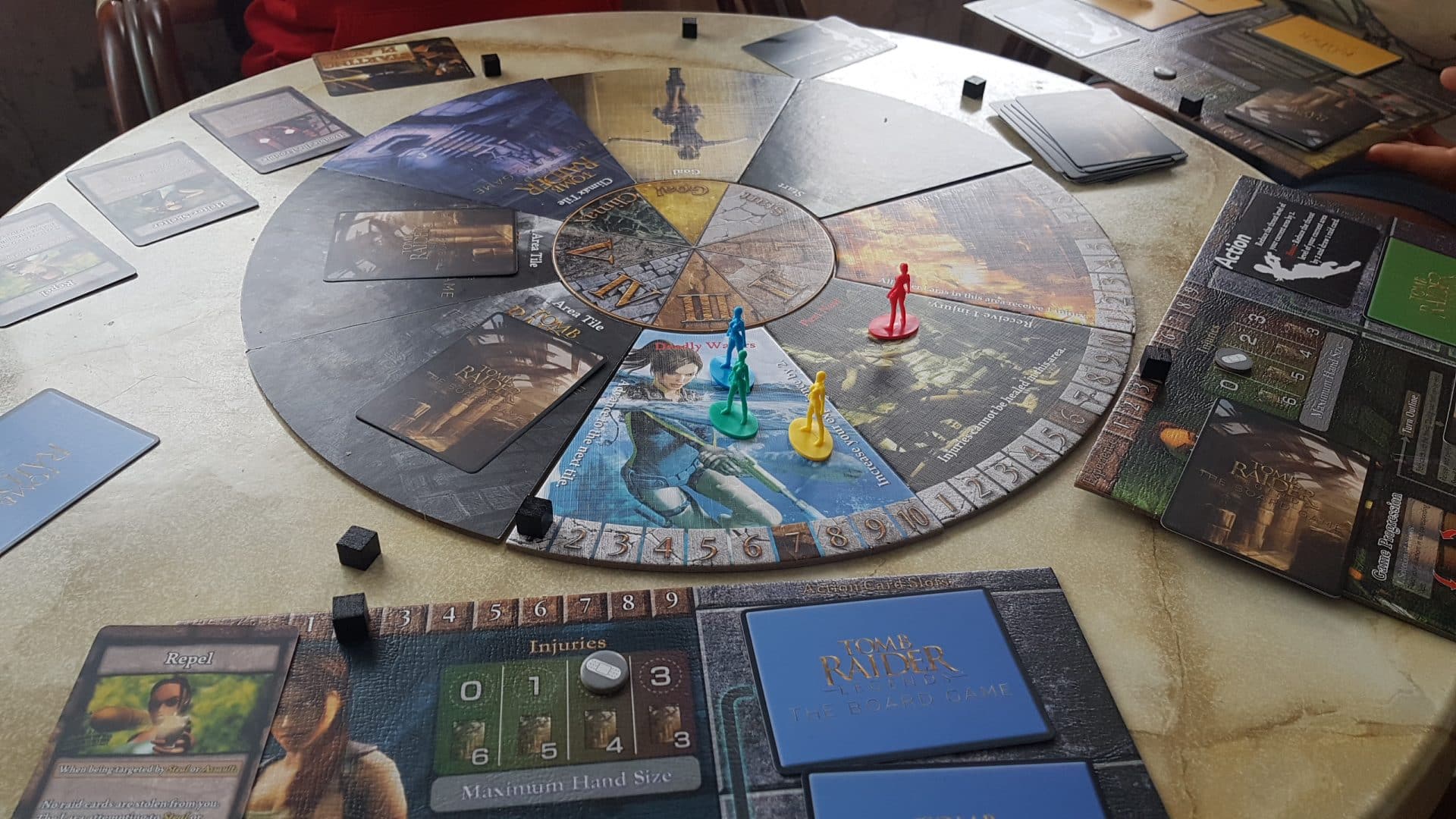 It was a tough time for a TR lover like myself, a time in which I almost left Lara for good, but those legends opened a breach in my heart. For this reason, when Square announced a Legends-themed board game, I bought it without a second thought. It happened so fast and so many months ago that I completely forgot about it until a couple of weeks ago when a mail announced I was fixing to receive a new item in my post box!

And so here I am, embarking on an unknown journey in search of a hidden Artifact as the legendary archaeologist Lara Croft. The path ahead is filled with many perils, but her greatest foe is… none other than herself!? Prove you are the “True” Lara Croft by exploring mysterious ruins, fending off threats, using your wits, your ever-growing arsenal, and skills to beat the competition! 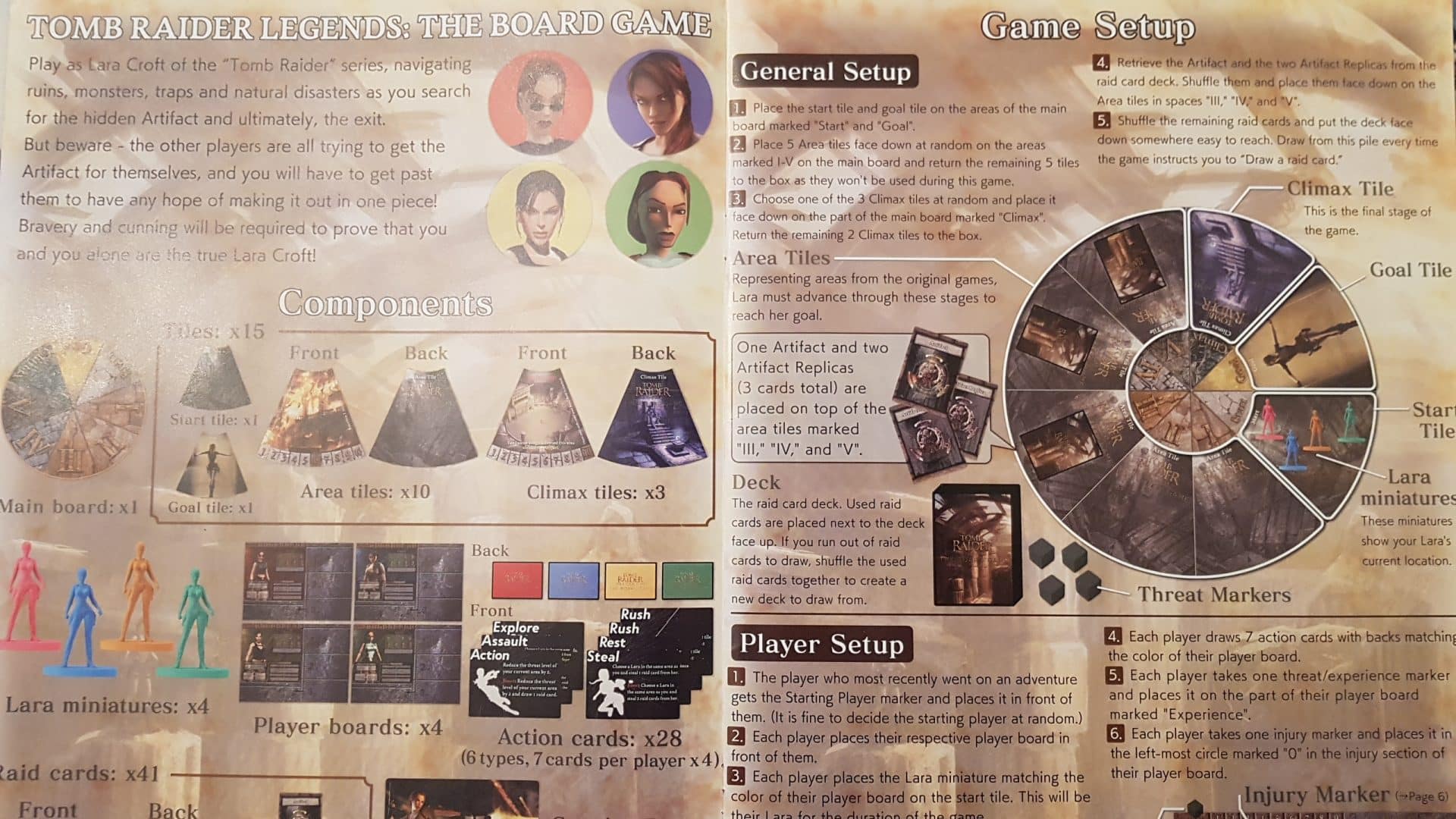 TR: the board game is a game where 3 to 4 players compete against each other with the simple task of getting to the goal and acquiring the Artifact, all while attempting to avoid the constant threat of wounds, delays, and misdirection caused by other players and creatures. Each player will have to overcome these and other environmental obstacles to achieve this task. With over a dozen possible areas to uncover and a widely varied amount of combinations, each game will send you and your friends on a fun and unique journey into the unknown.

The game mechanics are fairly simple, with area tiles that are shuffled at the beginning and change match after match. Every tile has an initial threat level that can be decreased or increased by means of raid cards and/or action cards. Once the threat level of a specific area is down to zero you can progress to the next one and, if this is the last area of the board and you managed to retrieve the lost Artifact, you can finally move to the goal and claim to be the real Legend. 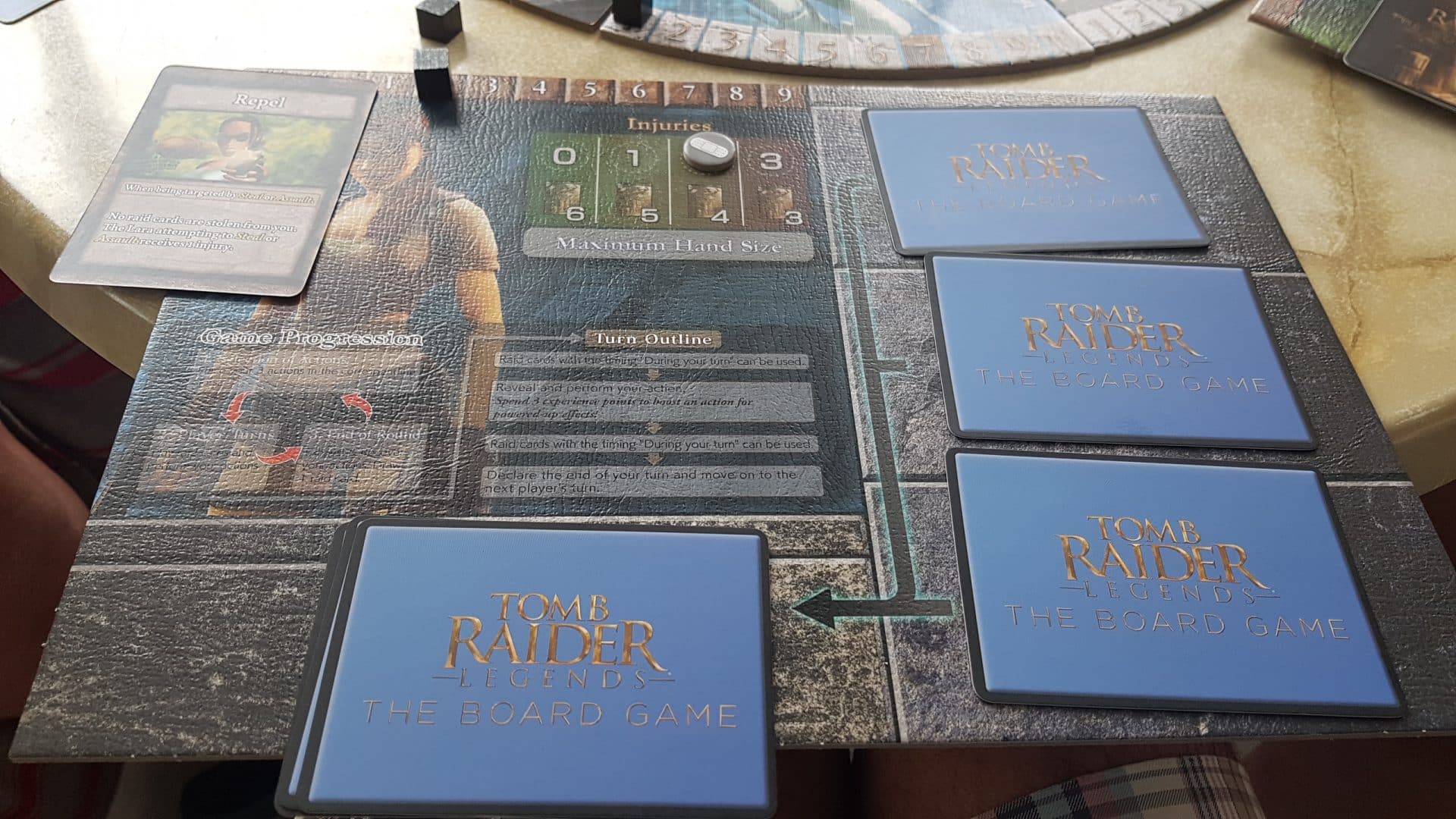 The game is indeed fun, especially if you like tabletop games and Lara’s stories, yet its mechanics are sometimes difficult to fully understand, particularly if you don’t play with table tops that much. The rules are sometimes simplistic, others are kind of obscure. As an example, I still don’t fully grasp how I can steal the Artifact from another Lara if she got it first, and the only thing I managed to do was to segregate my opponent in an area tile for a few turns. It turns out I lost regardless, but that can be a matter of inexperience with these kinds of games. 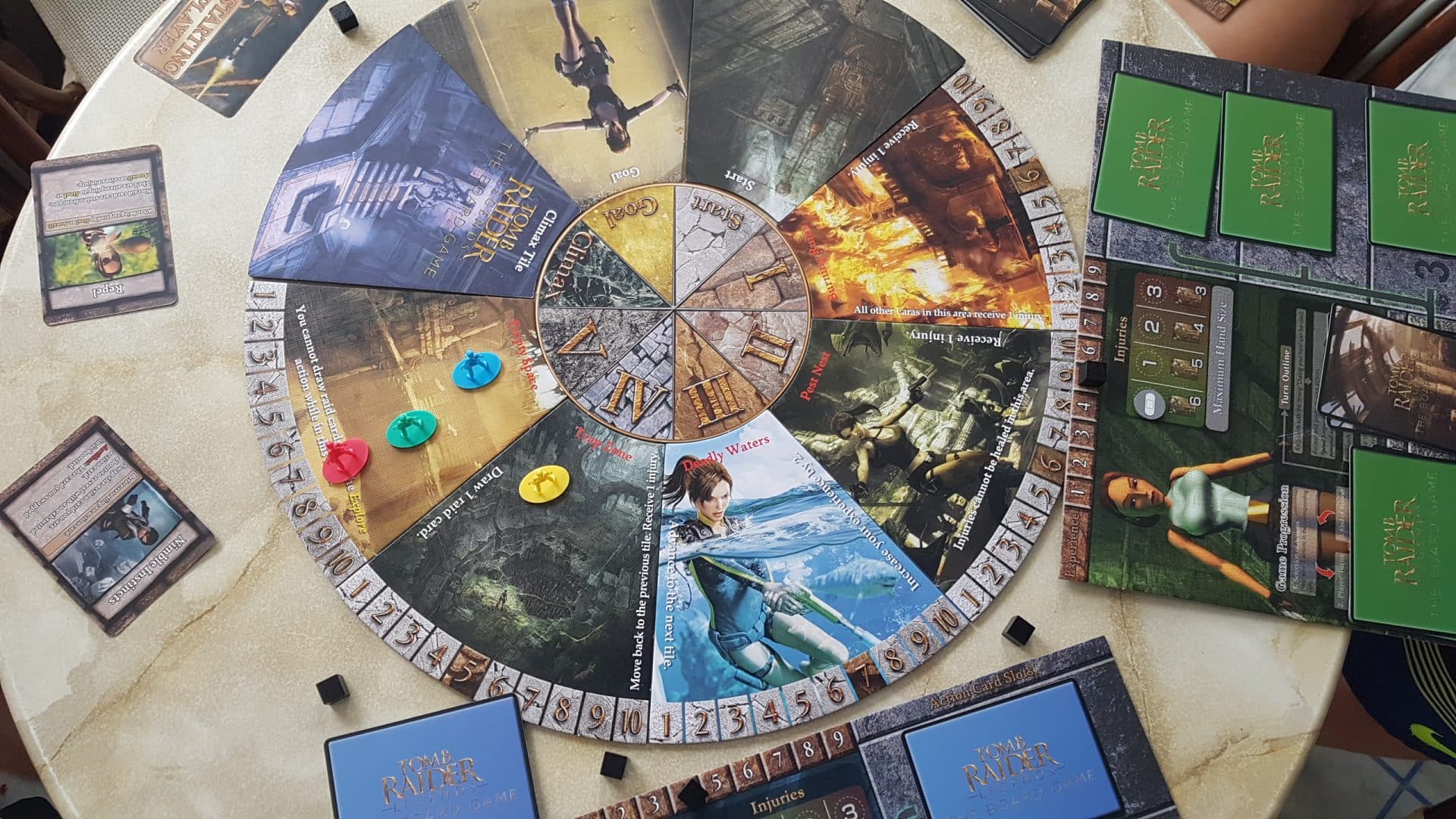 Aside from that, the box and its contents are very well done since they make use of quality materials, left aside the rules book that is not very detailed and it feels cheap at the touch.

All considered, TR: the board game is a good product to buy; probably not the best one out there, but one Lara’s fans will appreciate for sure. In case you want to know more about it, HERE is the link to the official site. Enjoy! 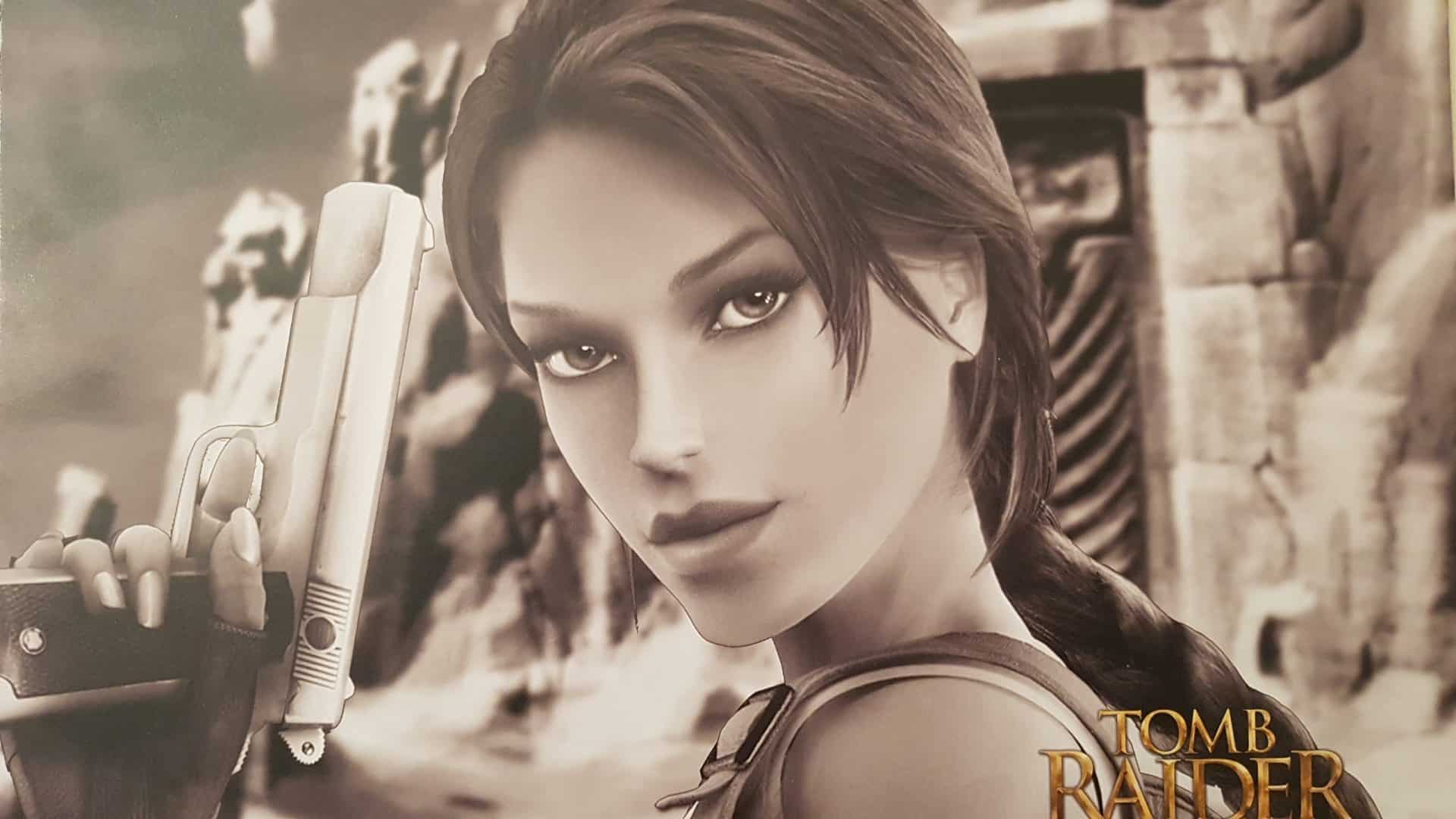 1 thought on “A Look At Tomb Raider Legends Board Game”