We have covered Spyro The Dragon a gazillion times by now on the AmigaGuru’s Facebook page but strangely enough this is the first time we are doing an actual blog/article here on the website, we planned to do a full series article last year but that never did happen as, well I just loved the remake a bit too much and couldn’t stop playing it before I had the Platinum trophy.

Anyways, we have to start somewhere and hopefully, this will lead to many more Spyro The Dragon articles on this very site. 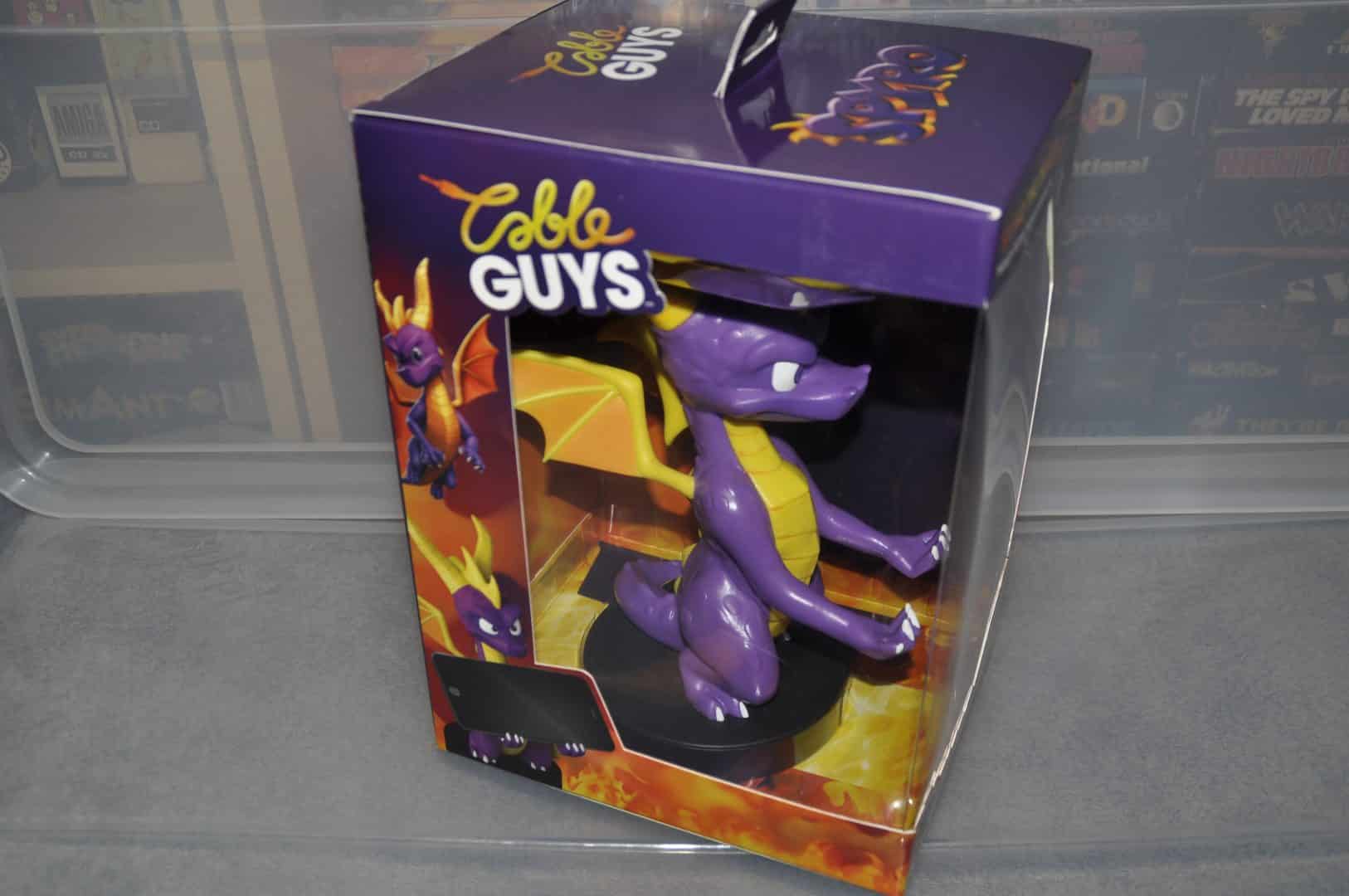 I found this thing at a shop called GMJ in Sweden and yes I have seen these things (Controller Holders) before but never this Spyro The Dragon one, I have seen Star Wars, Sonic The Hedgehog and so on before and most of them haven’t really been all that interesting except for the Crash Bandicoot one which in my humble opinion looks rather odd.

As most of our readers know by now – my house is full and I have run out of the room a long time ago but yes, some things are just too good to not get right?

The thing is that I needed a new charger for my PS4 anyway which ultimately gave me an excuse to get this one, you get the holder and a charger cable and yes the price wasn’t bad either, it was less than 20 Euros.

But honestly, there are cheaper and less fancy options available out there… but, dang, it’s Spyro after all.

The box ain’t too fancy and yes I haven’t got the room for the box which meant it had to go into the dumpster *NOOOOOOOOOOOOOO *, sorry but it’s true. 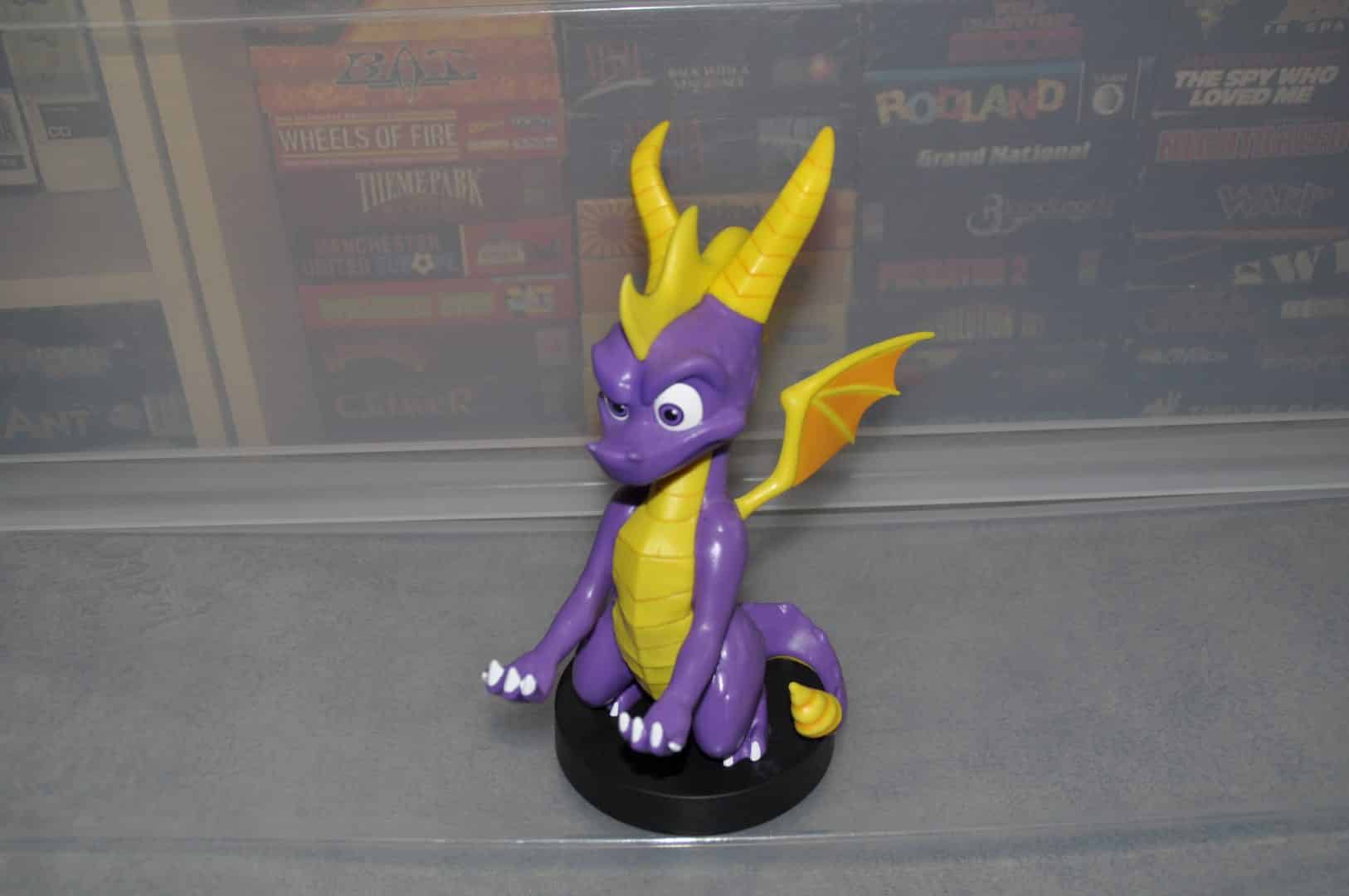 Here it is, the really cool looking Spyro The Dragon Controller Holder, the colors and design are spot on and yes the photos don’t really do it any favors.

It is made out of plastic and it does feel a bit “Made in China” but that doesn’t really matter as this will be used as both something to look at (and smile) and to charge one of my PS4 controllers.

One negative thing about this item though is that it is just a holder and a cable, it ain’t integrated or anything which means that the cable will always annoy you by being “in your face” and not hidden away or whatever, sorry Cable Guys but cables hanging loose ain’t exactly sexy, not even in front of a purple dragon! 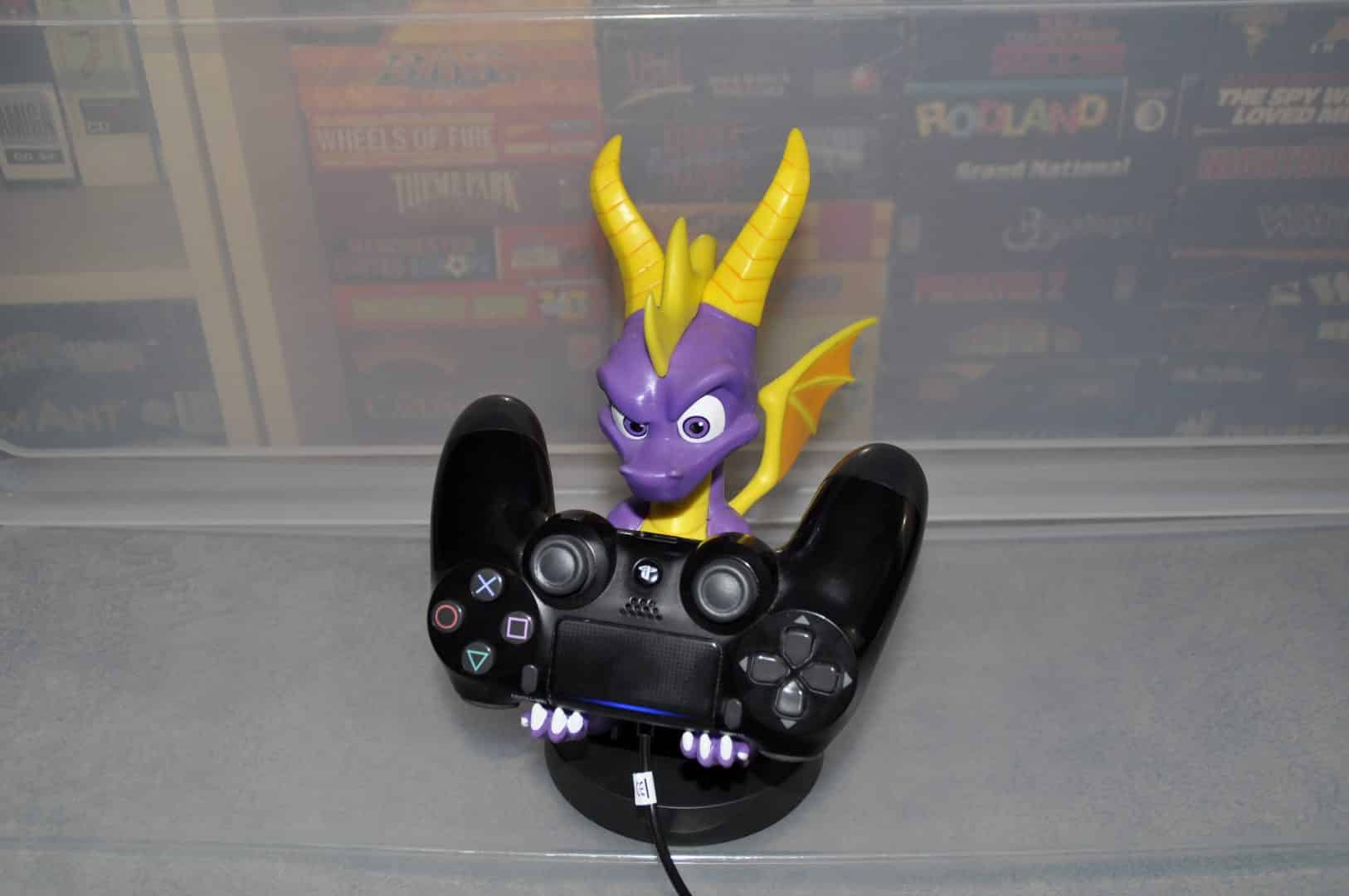 Here it is, looks fantastic while holding the controller if you ask me but I seriously think that these guys could have and should have done a much better job with the actual Cable and connector thing, Pirahna, for example, use the connector on the inside of the Dual Shock to get away from these cable problems and by the looks of things they have even made it rather good too in terms of quality and longevity of the hardware.  I love Spyro and how it looks on the shelf but I hate looking at the cable which means that I must fix that with some clamps eventually (after this heatwave) but, it will have to do for now.

Activision, please give us a new Spyro The Dragon game soon.