In 2031 the world is on the brink of chaos. In the United States of North America, spiraling crime and unemployment rates, decayed school systems and massive government regulations have led to a lazy, contentious society. To reverse this critical situation, government and industry leaders have developed a Plan combining the economic freedom and strong moral values of the 1950s with the technological advancements of the 21st century. Will the Plan ensure peace and prosperity? Or will it set the earth on a suicide course to destruction?

This, in short, is what A Mind Forever Voyaging is about: a non-conventional text-adventure game conceived by Infocom and Steve Meretzky in 1985 and explicitly intended as a polemical critique of Ronald Reagan’s political policies.

This article was meant to be written a long time ago and, like Zork and Leather Goddesses of Phobos is one of those games I filed under the subtitle “My Personal Amiga Milestones“. Unlike those titles and most other Infocom games (particularly when written by Steve Meretzky), the game has a serious tone and a political theme. The game is among Infocom’s most respected titles, although it was not a commercial success. Versions were published, aside from the Amiga, even for Apple II, Atari ST, MS-DOS, Macintosh, and even my truly beloved Commodore 128. 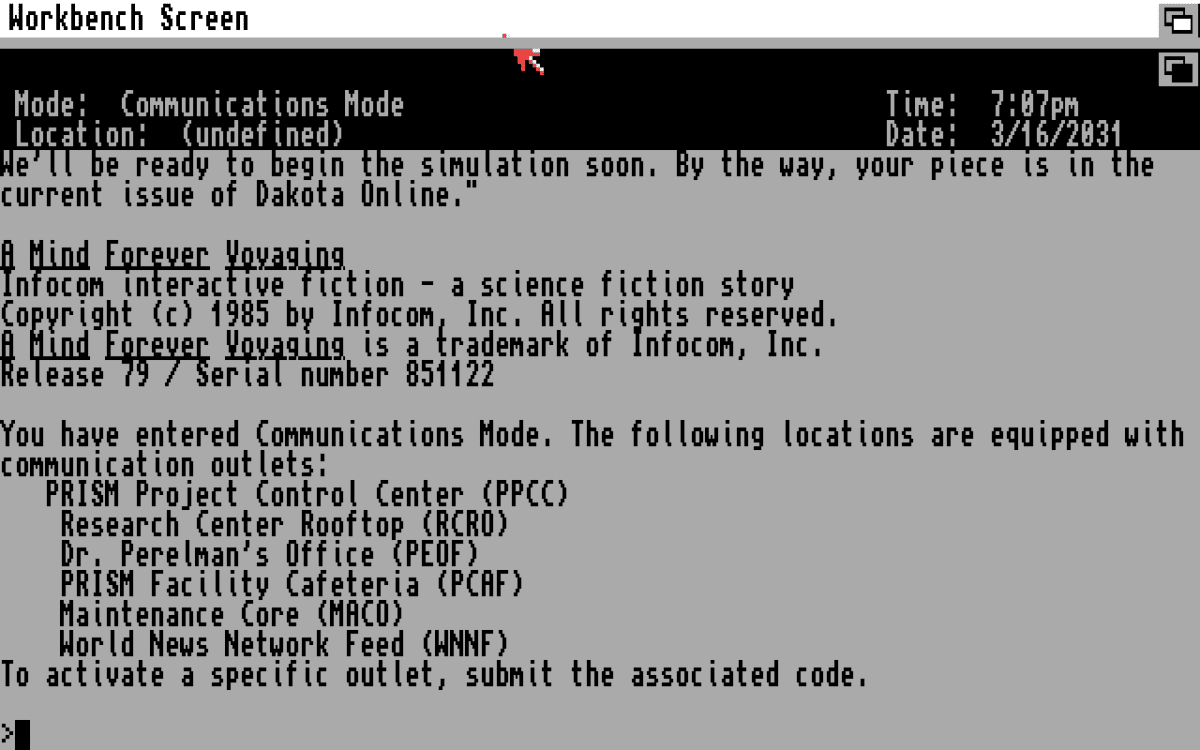 As said, this title is a major departure for Infocom compared to other classic works of science fiction, one where you’ll spend less time solving puzzles, and much more in exploring a realistic installment of worlds of the future. The game is so unconventional that your avatar is not a powerful knight or an astronaut (like in other games), but you play the role of the very first AI of the Planet provided of self-consciousness. As a computer program, your mission is to visit places that no man has ever seen before since they only live inside the computer simulation called The Plan. Only you can view the future, and only you know what must be done to save humanity.

The entire game is about entering the simulation, visit different places and record their status, report to your creator (Doctor Perelman) and then go back to the new simulation set 10 years forward. After having repeated this process until reaching the year 2081, eventually discovering how rotten the society could become if the Plan became reality, Perelman will finally understand that this is not the right approach and the Plan will finally be canceled. 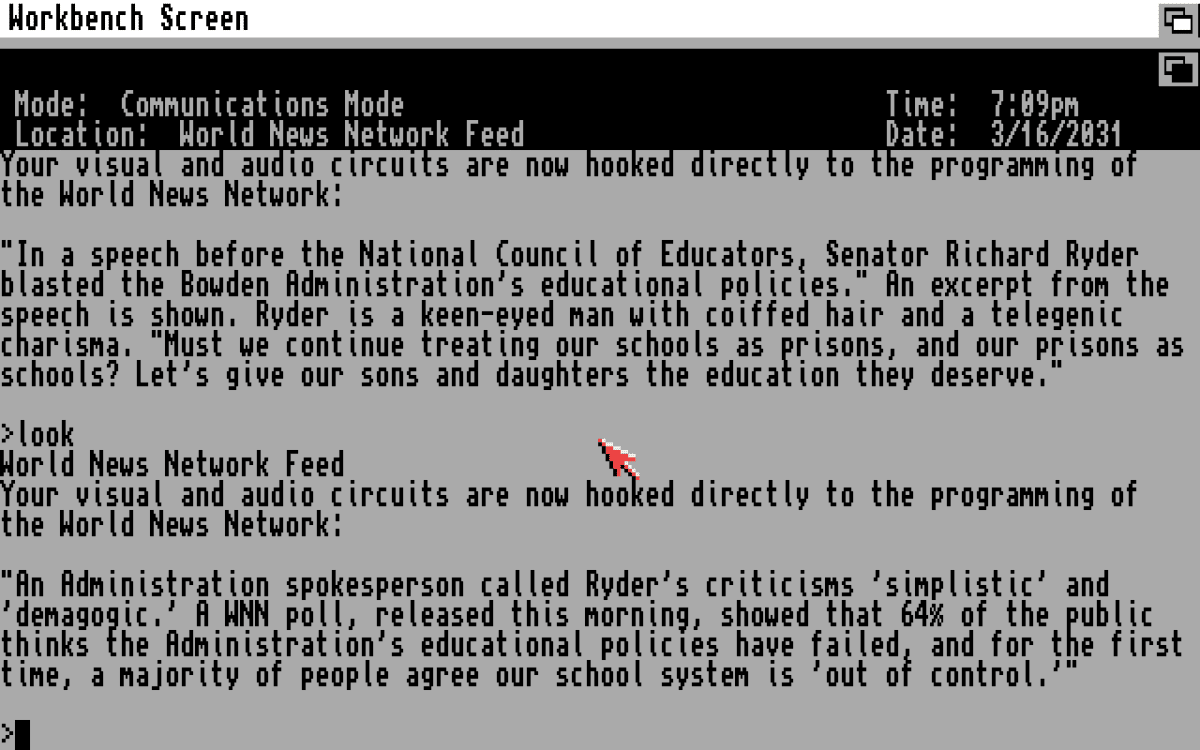 Like many games of the period, also AMFV came with a nice box full of goodies that also served as anti-copy protection. In particular, it featured a magazine-styled instruction booklet that really put in the mood of the game.

If you never played this game is time to get back to it, not only for its historical importance as one of the milestones of the genre but also to rediscover how our near future was imagined 35 years ago.