Bergsala AB is located in a Kungsbacka which is just half an hour(?) or so from Gothenburg.

The huge Nintendo sign can be seen from the motorway and while it is easy to spot, it used to be even easier when there was a tower with Mario on top of it.

I have seen the building and signs before but i have never stopped there and checked the place out so i decided this had to change this year. 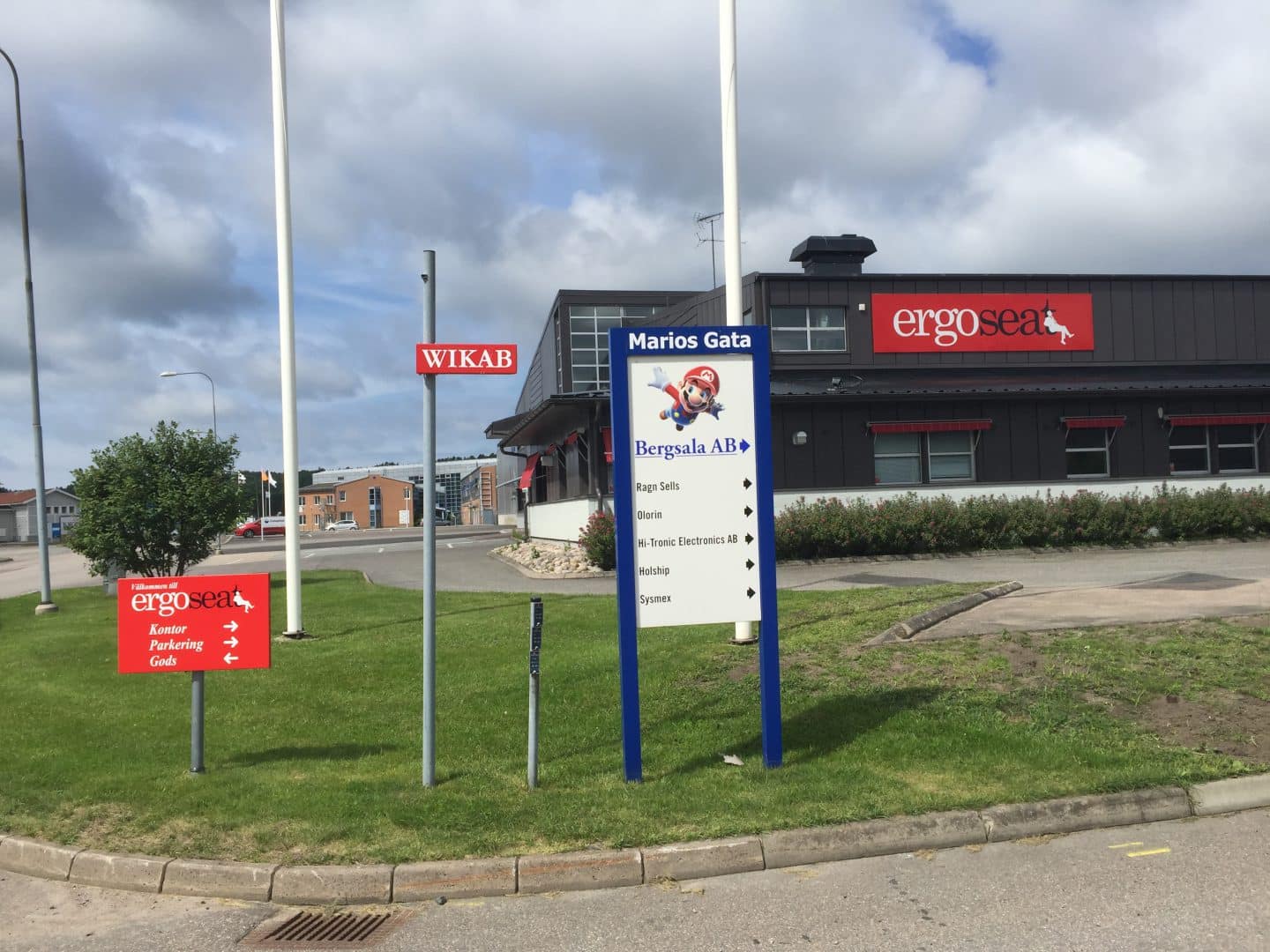 Finding the street and so on wasn’t all that hard but it is funny how something so close to the motorway can be so far away when you drive to it, we had to go in all sorts of roundabouts and odd streets to find it. 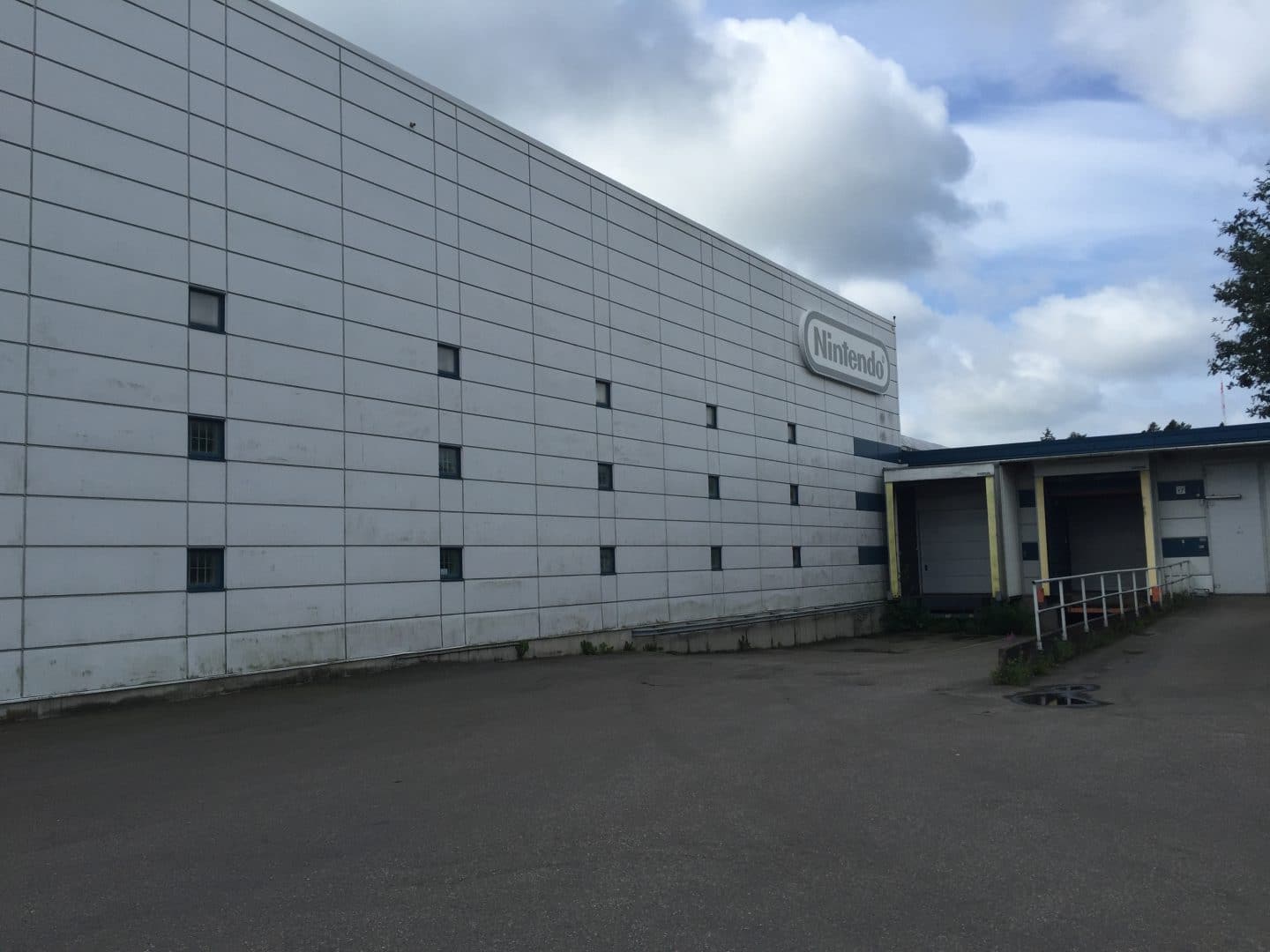 Found it, this is the backside of the building and clearly where all the Swedish Nintendo’s comes from – the warehouse.

I am sure a lot of people would love such a sign in their house right?. 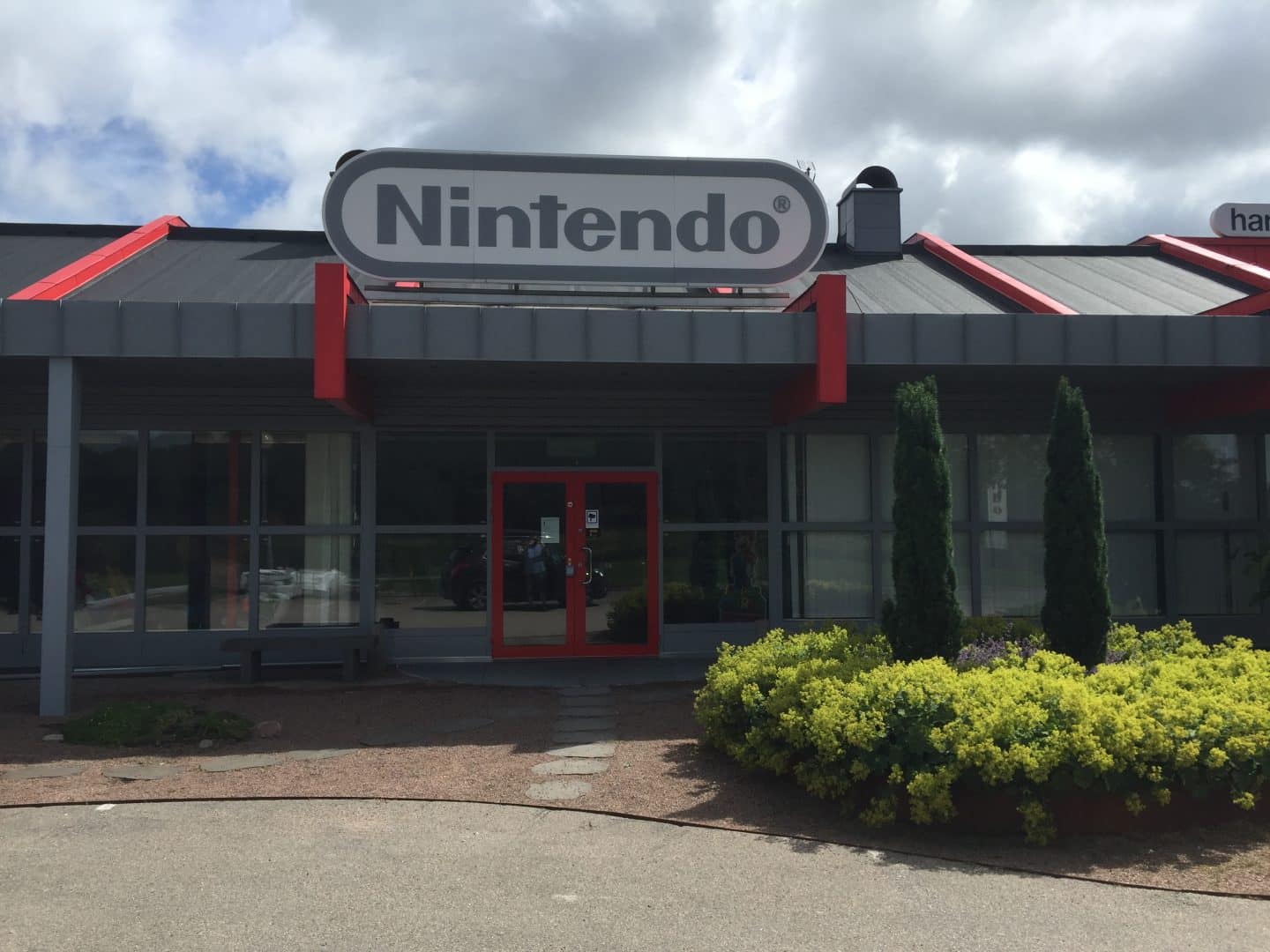 Oh wait, it is closed, looks like it ain’t open every day in the summer, oh well. 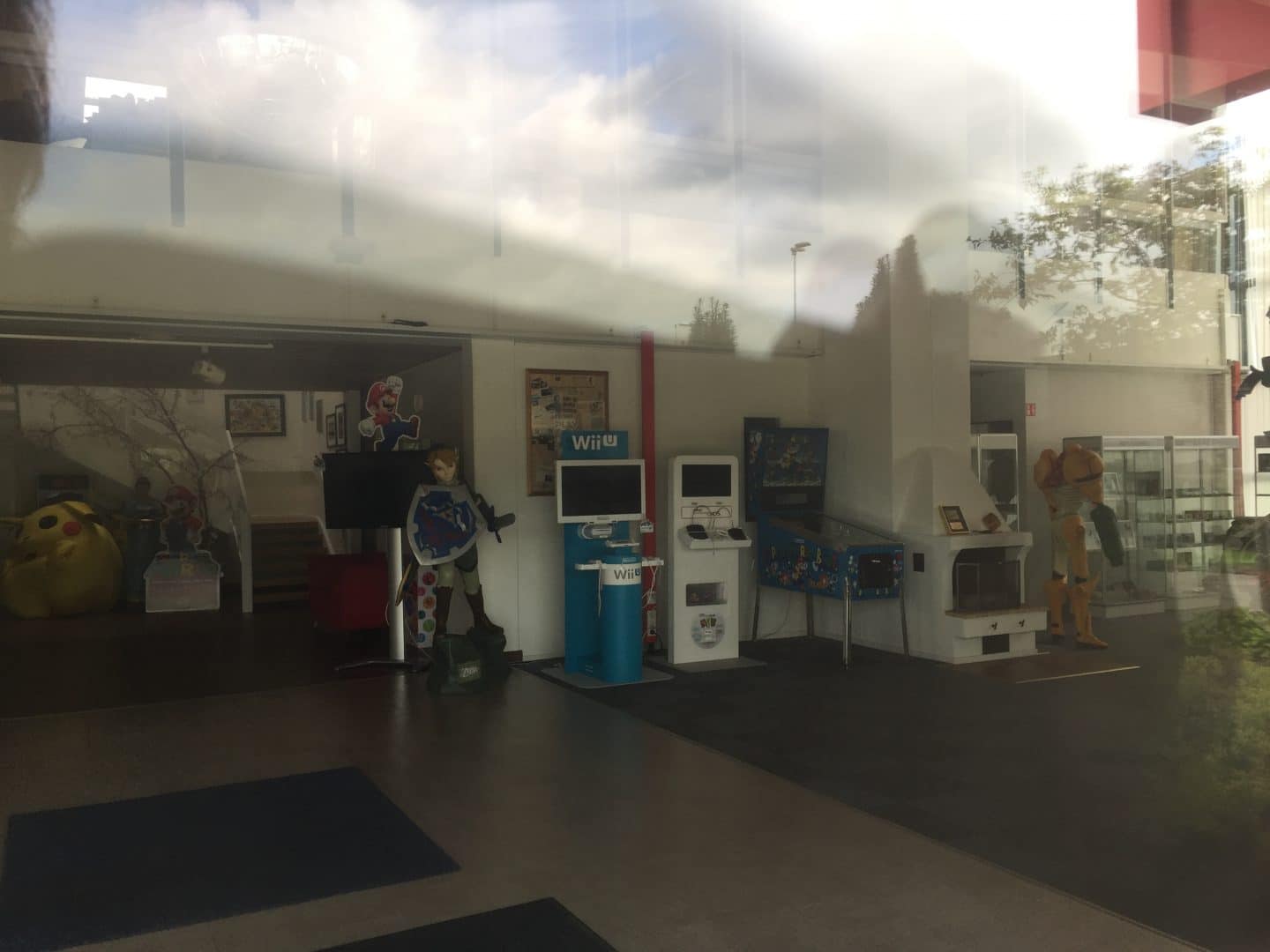 Luckily i managed to take a few pictures through the windows, looks quite neat inside with all the Nintendo stuff there and all, nice display units and even a pinball machine there too. 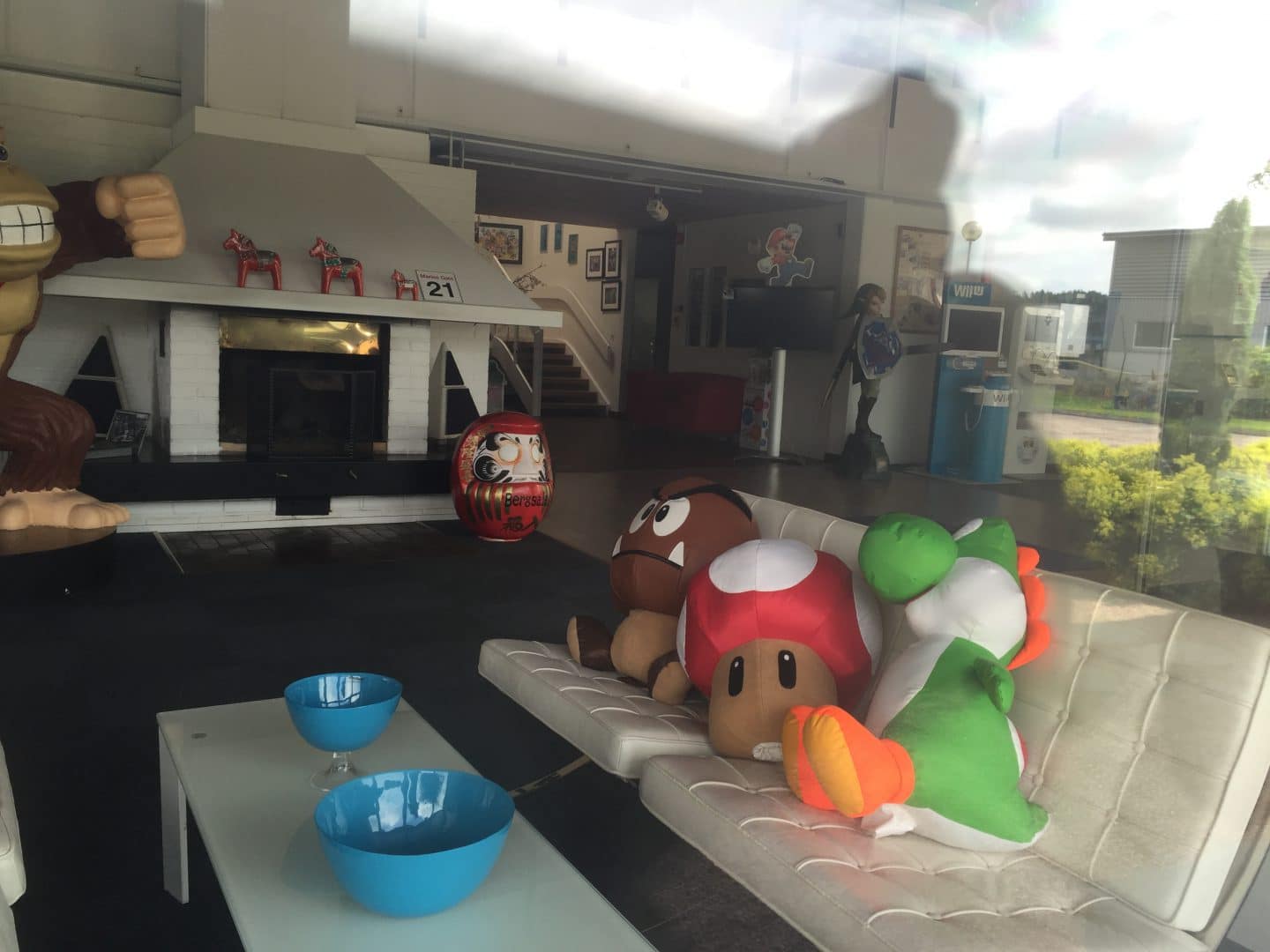 I am not sure what one is allowed to do when visiting the place but it is pretty obvious that the couch is already taken. 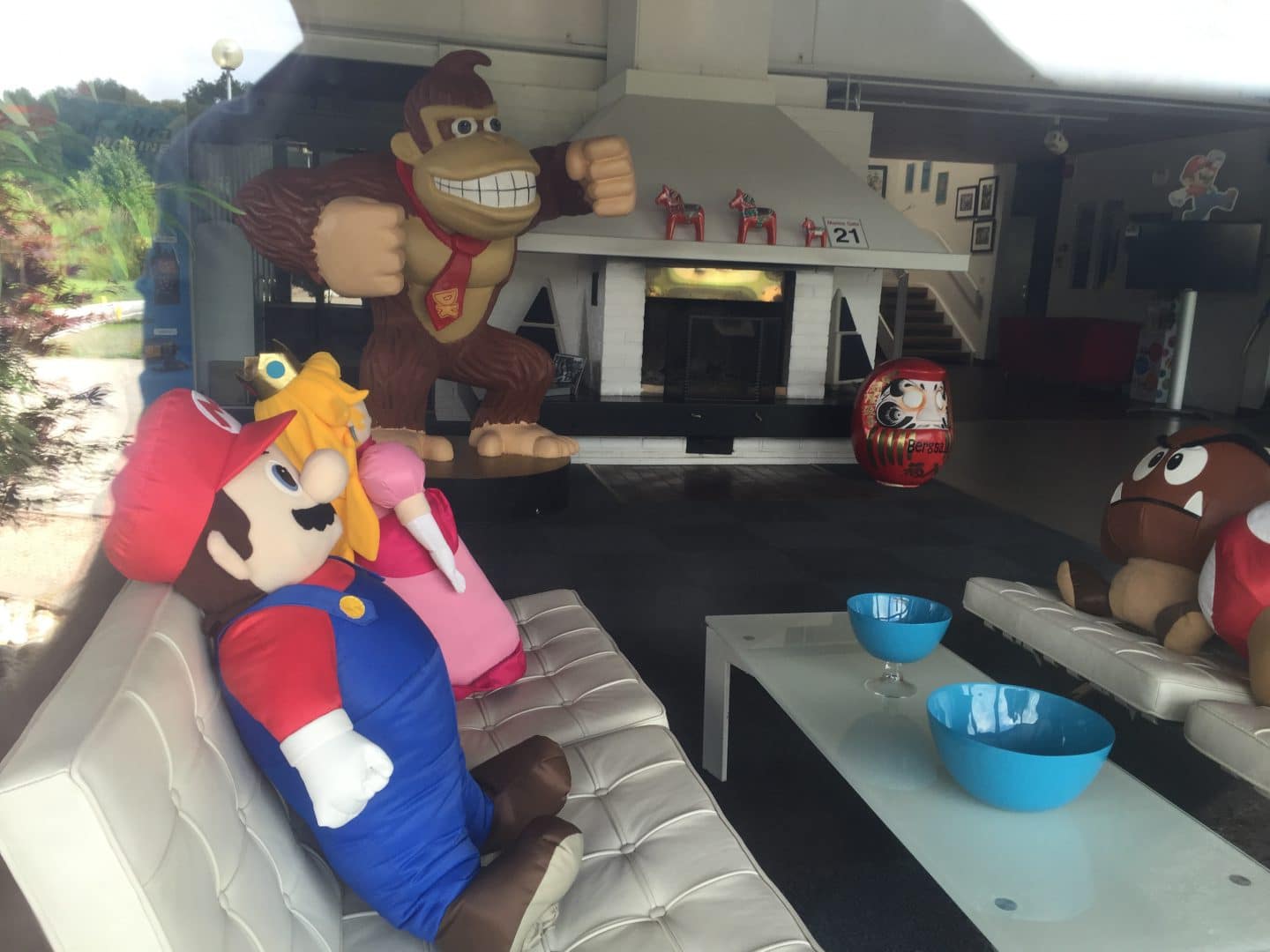 And that goes for the other couch as well.

Look at that huge monkey donk (my son calls him that), donkey kong of that size looks like a bit of an overkill to some i guess, but not to a collector hehe.

Ok, so this was all the pictures i took as the rest of the windows was not possible to do pictures from, the building is quite big and i do not know if they do tours or whatever to fans/tourists, what more is there to see? 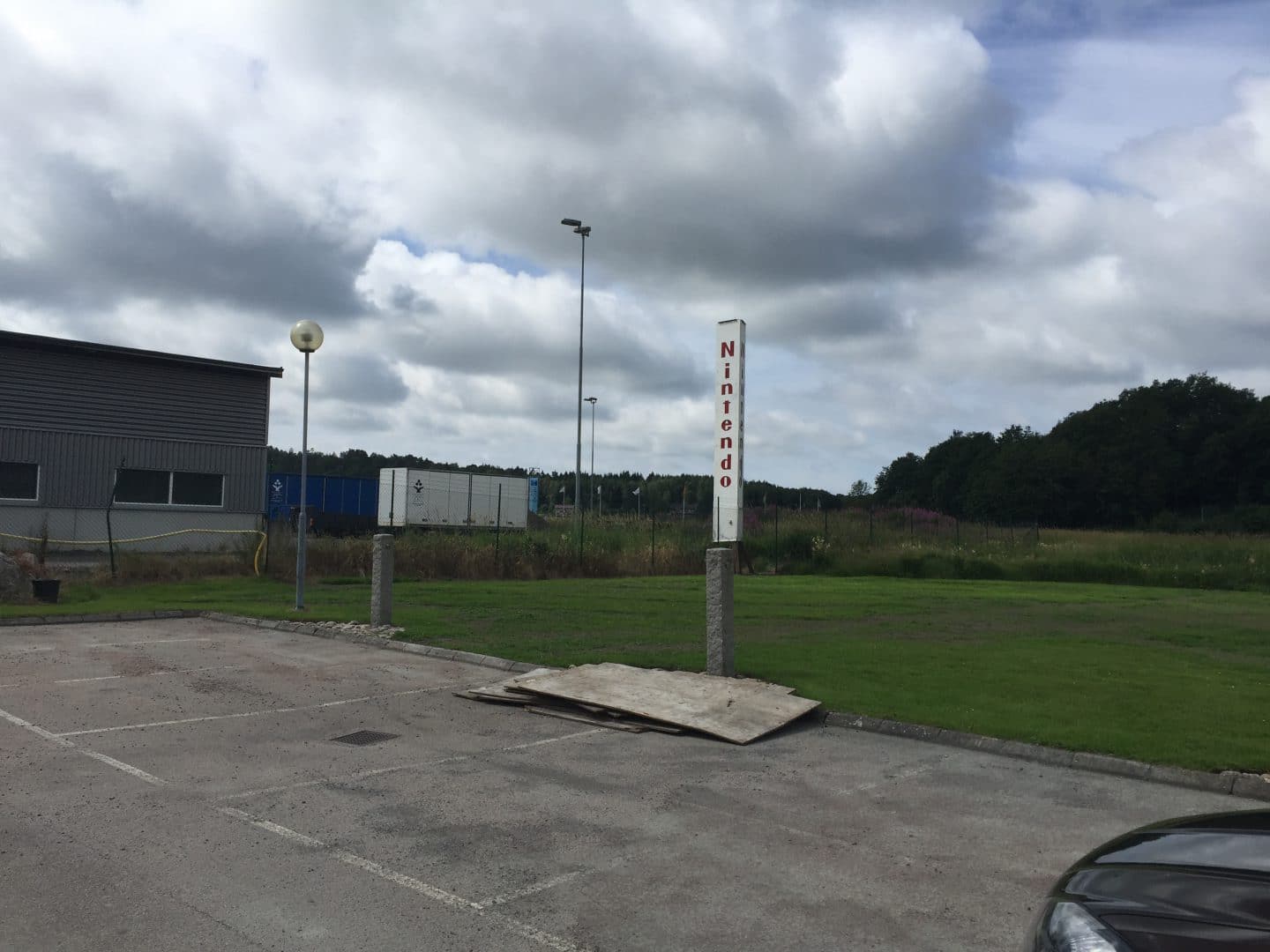 On top of that column there used to be a Mario figurine, it is gone now but it will be back soon as it was taken down for some cleaning and fixing.

The stop here was ok, shame it was closed.

Follow Us... Inspire Us To Get Better... Keep The Flame Alive
Travel Tip: A Nintendo Themed Hotel In Norway? Zombies … Or Not? – RE: Umbrella Corps