Aladdin, where to start.. from the very moment you start the game you know that this game is something very special, graphics, music gameplay yes everything feels perfect and yes i am talking about the superior Amiga version.

You know.. i never planned on buying this game, i was sure it would be crap but thank god for piracy as when a friend sent it to me per snail mail..well after a few hours i decided to go to the local game shop and buy it, never regretted it.

oh and i should add that the box design would have made me buy the game anyway, awesome looking eh?

Not much in the box except for a voucher to Disneyland Paris and 3 Floppies (crack was on 4 wasn’t it????) and a thick manual in Black & White i might add. 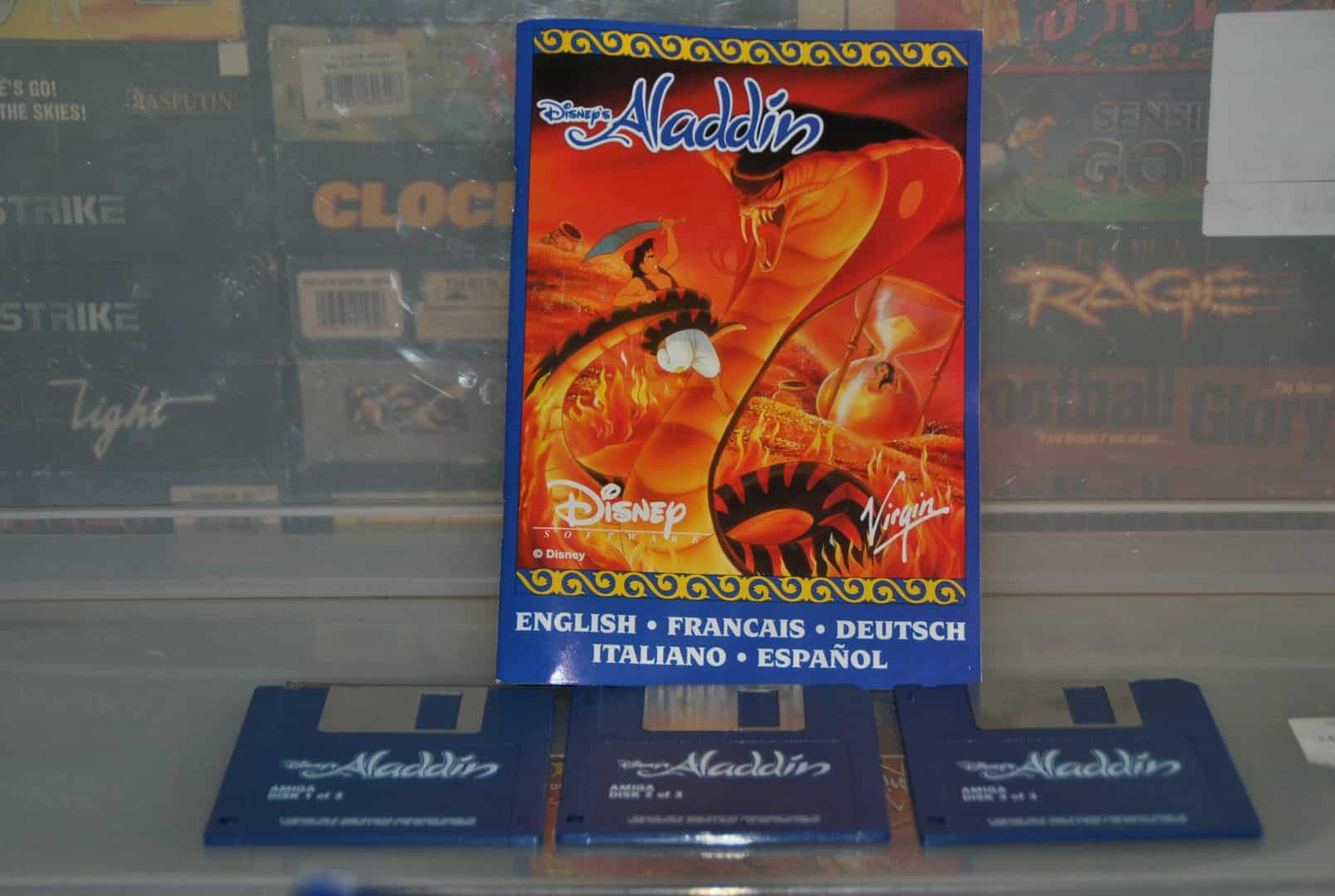 Aladdin and Lionking came with this voucher, a remarkable deal actually, 100 GBP price slash and kids get free entrance, seriously this deal today (inside a boxed game) would probably bankrupt the park (if the game sold millions…).

Had to snag a few screenshots from HOL as the game require a lot of playtimes (for me anyway) to get “into” the game, looks wonderful and even if it’s a Megadrive port/joint version it still doesn’t matter as the game move damn slick.

Another grab from HOL, i have completed the game back in the day but it took me weeks to master and while i want to do it again i still feel i need to get a new CRT tv to play it on as it looks so much better there like most other retro games. 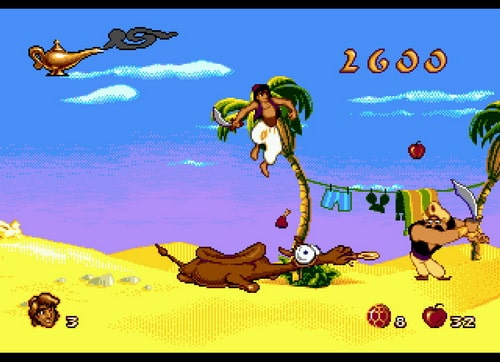 Aladdin has lots of classic and funny moments, here you see one of them, where you jump on the camels back to get higher up and while that alone, wouldn’t have been funny but in this game the camel spits out an apple and the eyes nearly pops out and it makes an hilarious sound to top it all of. 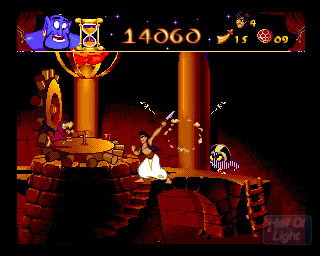 A memorable level but hard and require lots of precision, retro games tend to be much harder than today’s “kids” games and completing or progress a game can be very rewarding. 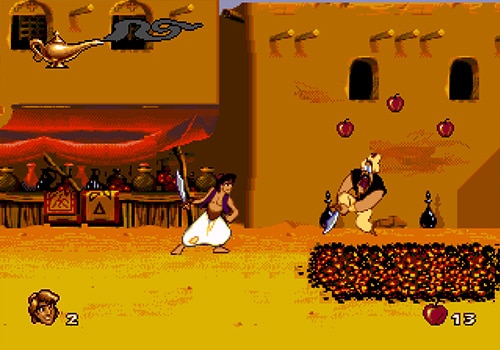 This is the first level, it starts off with some hilarious stuff like this lava bed.. wait for the enemies to come to you and they burn their feet and jumps up and down while making a funny “ouch, oh, ouch” and then if you hit him once he will lose his trousers and he will try to pull it up again unless you kill him. great stuff!.

Loads of my friends and schoolmates thought this was the same as their crappy SNES game from Capcom and was quite surprised when they tried this game , funnily this game was released around the time when ports used to be superior on the SNES/ Megadrive, except for games like The Misadventures of Flink and Mr. Nutz and a few others.

Never played this? do so now.