Bridge Strike came out a few weeks ago and I feel that there haven’t really been enough articles and blogs about the game itself and more so the physical floppy and CD releases, well, I certainly felt that I couldn’t find all the information I wanted at least.

AmigaGuru’s to the rescue it is then… 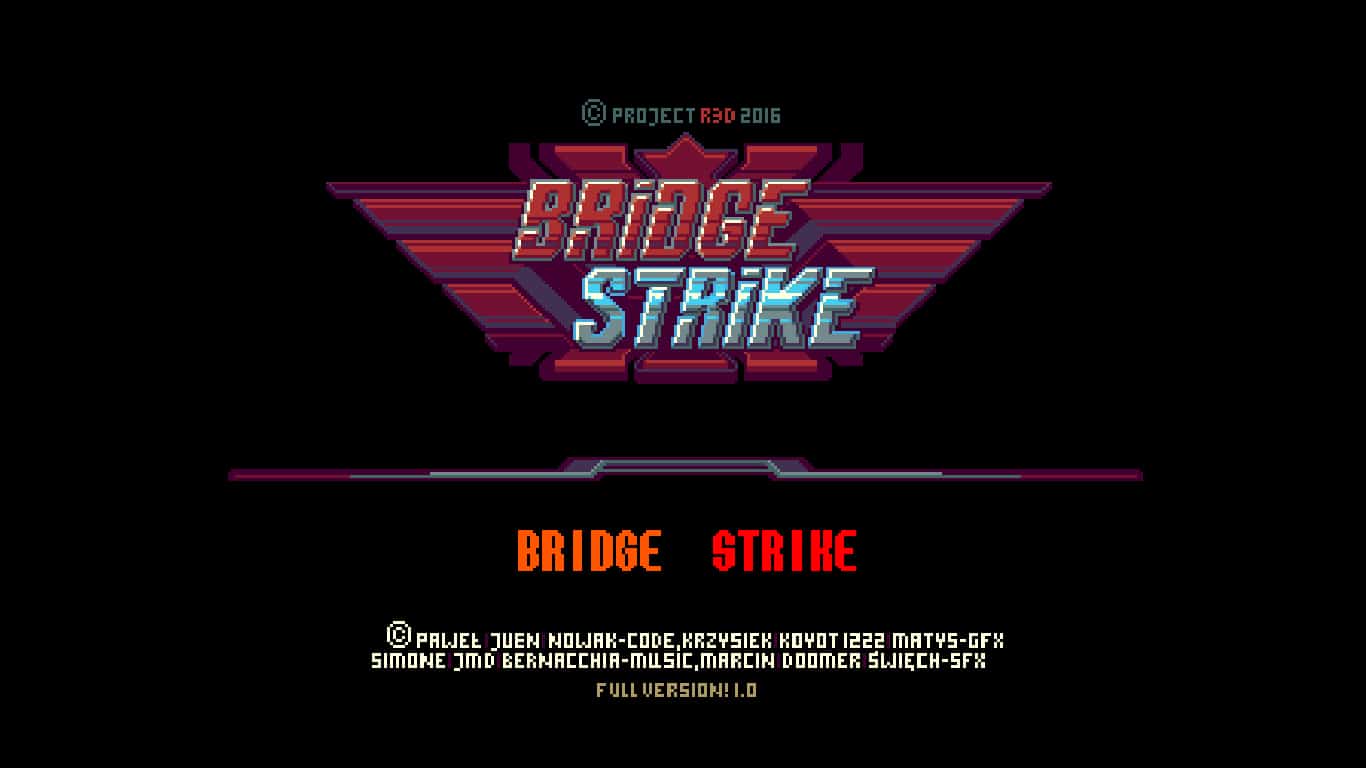 Project R3D is finally back with a new Amiga game and if that name doesn’t ring a bell then you might remember them when I mention their last game, Tanks Furry which was nothing short of stellar if you wanted a fun party game for the Amiga.

Just like Tanks Furry, Bridge Strike also started out the same way by ranking high in a (second place) game compo many years ago and ever since then they have worked on the game and trying to get it as complete as possible for a full commercial release.

The first impression I got after booting up the game was that they have succeeded in all ways possible. 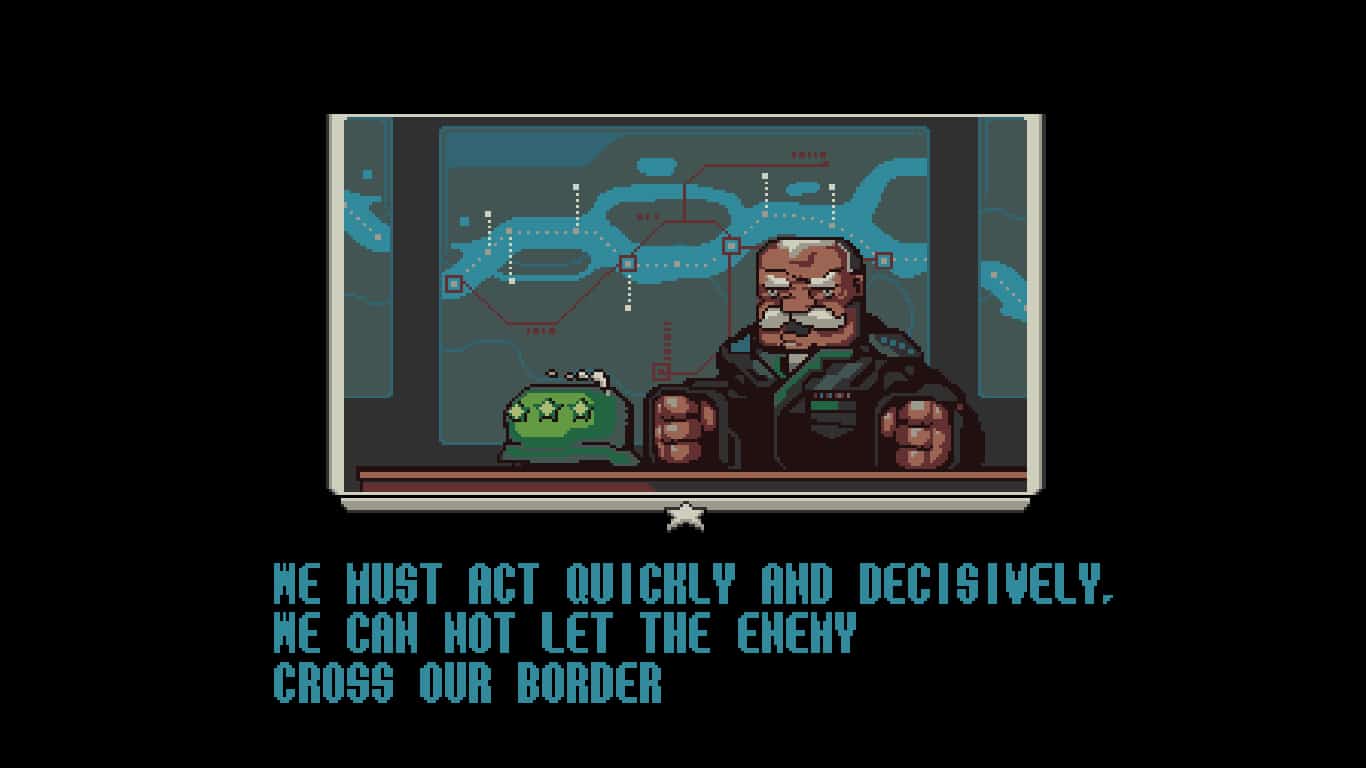 The game kicks off with a really solid animated intro sequence, the drawing and animation hold a very good standard although most of the frames got very few frames and most are looping it still works really good for what it is meant to do.

The intro certainly looks like something from an AAA game back in the 80/90s really, solid stuff and well worth watching more than once, they must have spent ages on it.

The story itself might not be all that for some of you but then again this is a River Raid type of game and guess what, there ain’t exactly a story to such games normally. 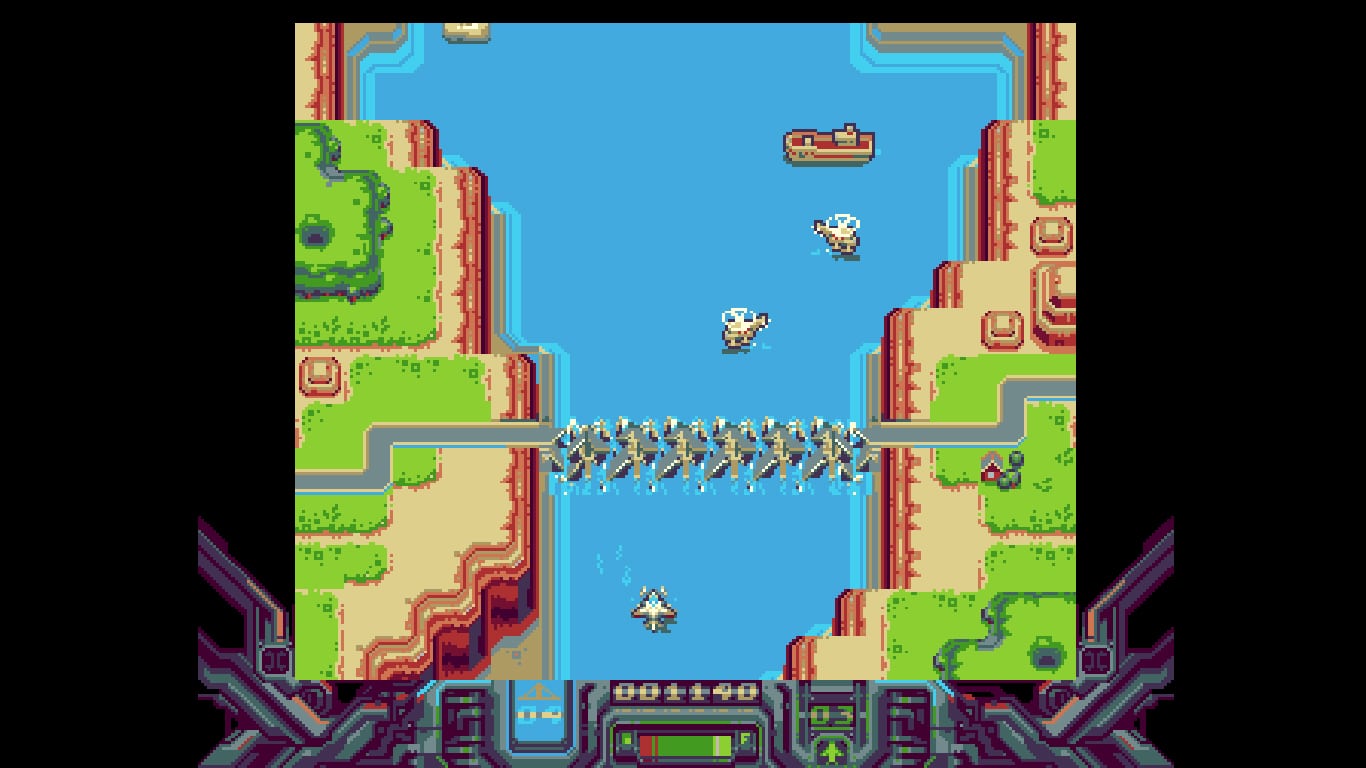 Things just get better and better when it comes to the graphics as you can see from the screenshots, this is upscaled and grabbed in WinUAE (thanks Roar) because it is just easier to do shots straight there instead of using my ELGATO grabber attached to the CD32.

That said, there are now some black borders on the screen due to it being upscaled, if you play it in original resolution then most of the screen is covered and it looks brilliant.

There are some nice touches here and there in the game which adds a bit to the gameplay, the graphics are gorgeous at times but maybe most of all is that they are clean and easy to navigate in, so if you crash into something or whatever then that is your fault and nothing else.

The game even got an effect that emulates the night time, the palette goes darker and gradually and while it never goes pitch black it works really good and adds a bit of tension while playing, best of all is how new details in the graphics show up in night time, as the lights on runways and in houses etc.

There are also some rather cool weather effects that vary from mission to mission.

The controls work good and while it might feel a bit twitchy at first but it will get better as you play more and get used to accelerating and slowing down whenever needed.

Shooting is just like in River Raid which means that you can actually steer the bullets to hit targets, it takes getting used to as this is something that we never see in games today but it was pretty common in games from that era. 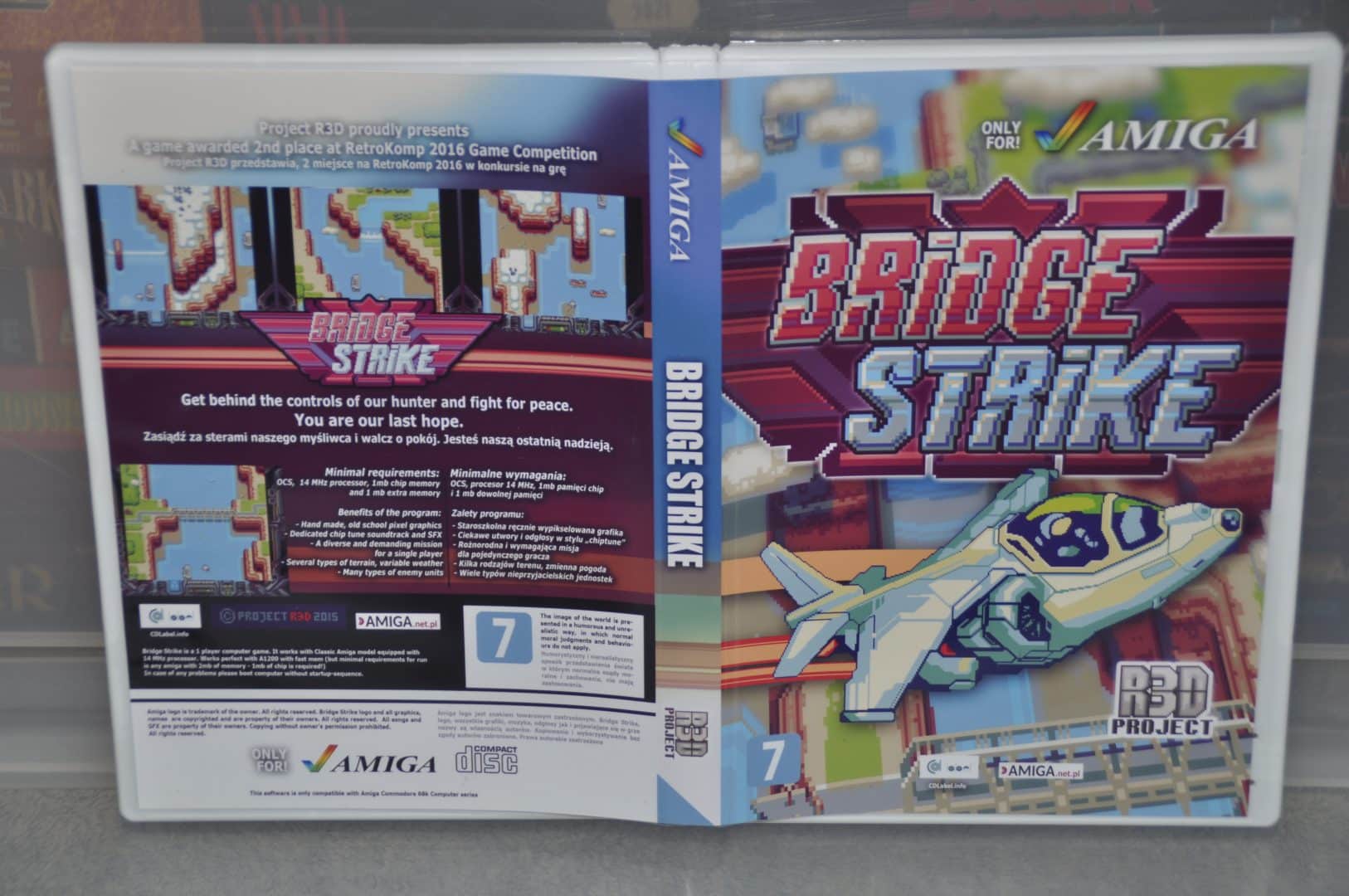 Bridge Strike comes in several versions, in digital form and in physical form whereas the latter comes in either DVD Cover+CD or DVD Cover+CD+Floppy+Poster combinations.

The one in review here is the most complete edition which contains DVD Cover+CD+Floppy+Poster.

The lovely box art style from Tanks Furry returns again, everything looks really good and professionally done.  The choice of colours for the spine is different from the rest but it works really well on the shelf that way, ace stuff.

The manual is yet another looker and every page is laid out really well with good design, an excellent font type, good colours and some pictures placed around, but in reality, it is just a few folded pages printed on a glossy paper and not a properly printed manual type of thing.

The manual also indicates that there are highscore saving and that you can write your name too, sadly this feature doesn’t work on a bog standard CD32 as it doesn’t save to the NV-RAM and another thing is that you will need a keyboard to write your name, luckily you can bypass that by just pressing the fire button which means that it is still fully possible to enjoy the game on the CD32 but without the highscore function in general. 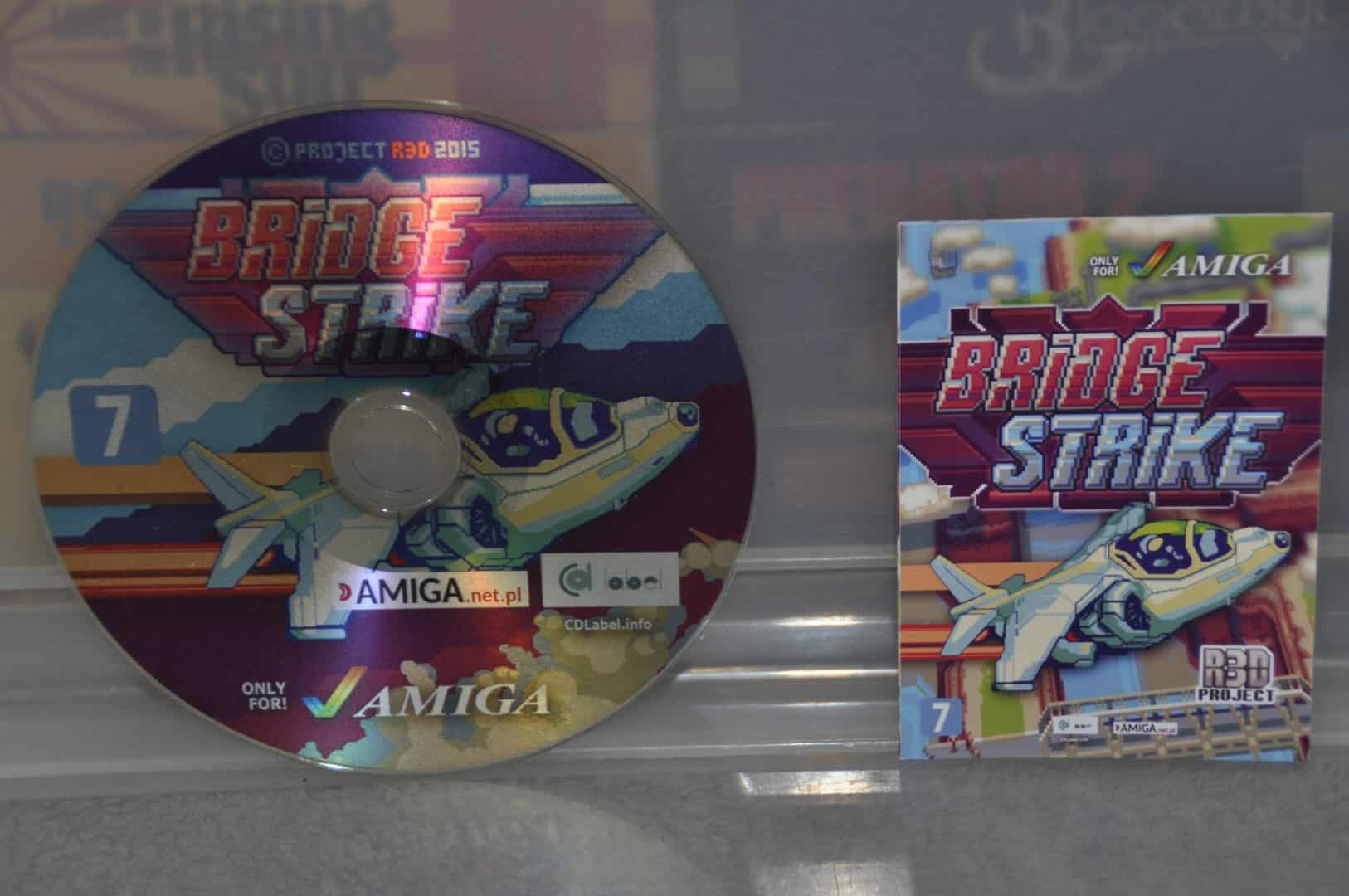 The CD Print is great, looks fabulous but for some odd reason, they chose to use a CD-R and not a proper pressed CD for this release, most likely to cut costs(?).

One thing though, the CD is copyrighted in 2015 and the Game Compo was in 2016 (and the main menu says 2016 in-game too) but the game came out in 2019, most likely an oversight for the CD graphics but still curious to know why there are so many dates in one release nonetheless.

A nice little sticker is included too, not a huge fan of stickers but always fun to see the extra effort from the publisher. 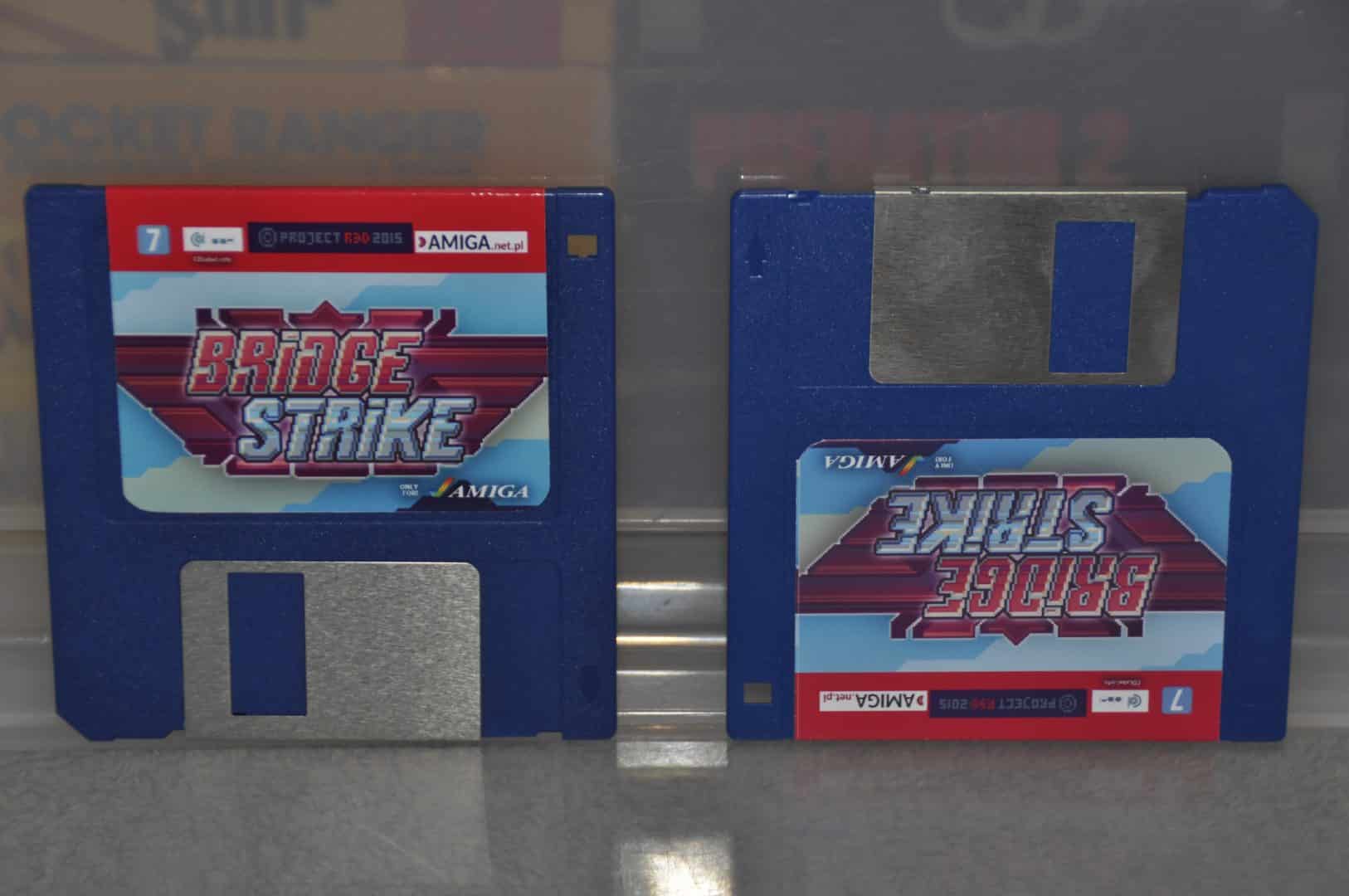 The Floppy disks are proper lookers too but I am a bit confused to which of the two is disk one and which is disk two, an oversight or is it just me? 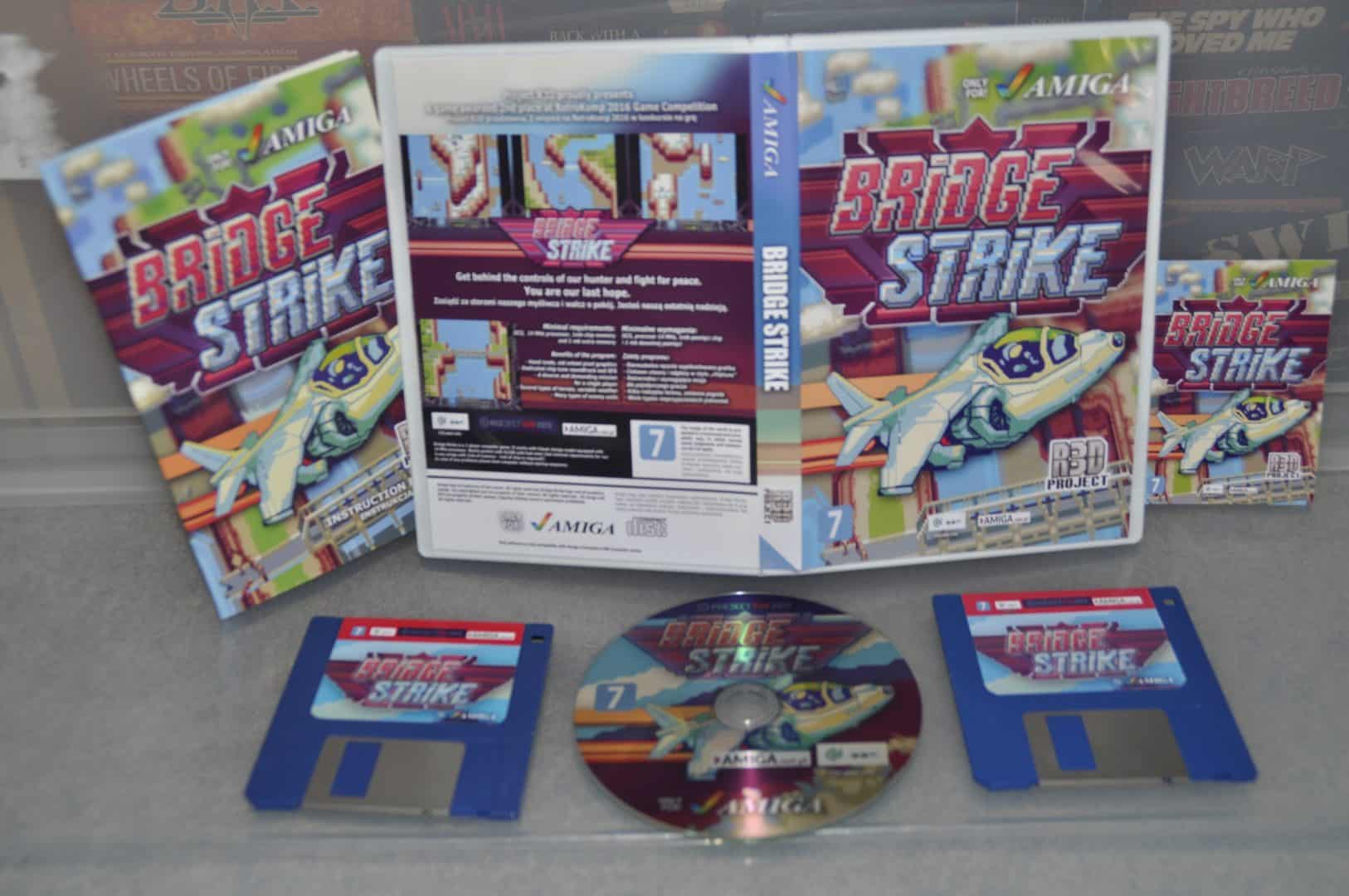 I forgot to do pictures of the poster and for some strange reason my camera has decided to not grab fantastic colours anymore, I will try and do new ones ASAP… hopefully before the article goes online, sorry for the inconvenience. 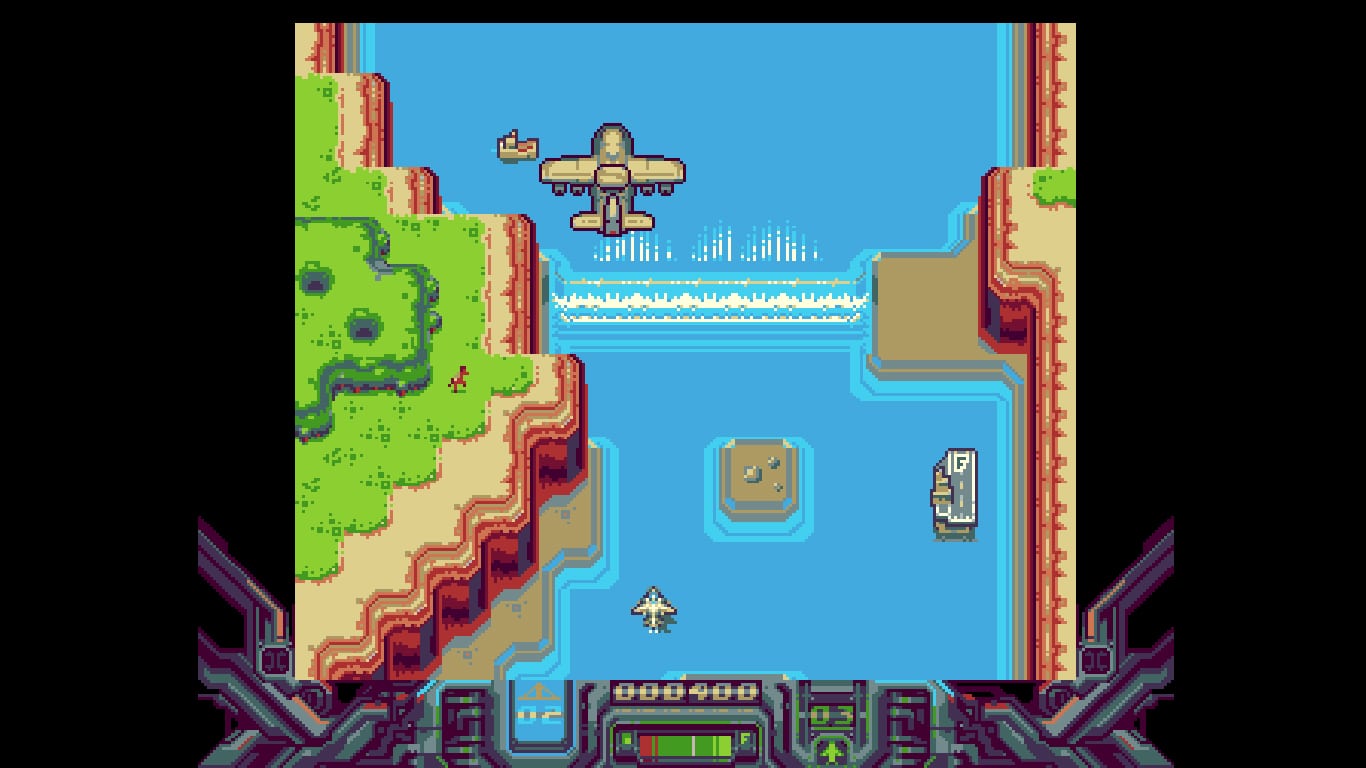 All looking good right? Well, not everything is good sadly as this is yet another of those games that could have been even better with a different music score, most of the time when playing the game I stretched for the volume wheel on my monitor as the music is just too loud and annoying.

The speed of the music doesn’t fit the gameplay most of the time and it just keeps on making noise instead of putting out a nice retro styled tune.

With that said, the intro and main menu music fit and works rather good, most of the sound fx also is also good and it is great that the game got sound fx and music at the same time.

All in all Bridge Strike impress with its graphics, style and all the attention to detail and it is rather obvious that they have strived to reach this level of perfection.  The gameplay and control system works great and yes, it plays just as good as it looks, it also never feels unfair or even bad. Bridge Strike is just like a proper classic from the past and if this had been released back in the day, it certainly would have been remembered as a great game today, that’s for sure.  Most definitely going to be on many “Best Amiga Games of 2019” lists this year.

Want to buy this game? Just follow one of the direct links below:

Screenshots were done by Roar (thanks), box shots from my own collection.