It seems that I have lost my Amiga priority lately, for some reason yet another game preview/announcement came out of nowhere, normally I would know of these things way before most others. It seems times are changing.

The news about Tanks Furry was yet another game that I found randomly on Facebook, and even better was that it was clear that this would be a fully commercial game. Indie Retro News is actually a site I visit a lot, but sometimes it is being flooded with new articles so I end up losing track.  Great site, you should visit it.

So what to do? I wrote an email to the developer(s) right way, and luckily they responded quickly with both exclusive material and I had a long nice chat with one of the guys, he shared some good details that I will bring to light now. 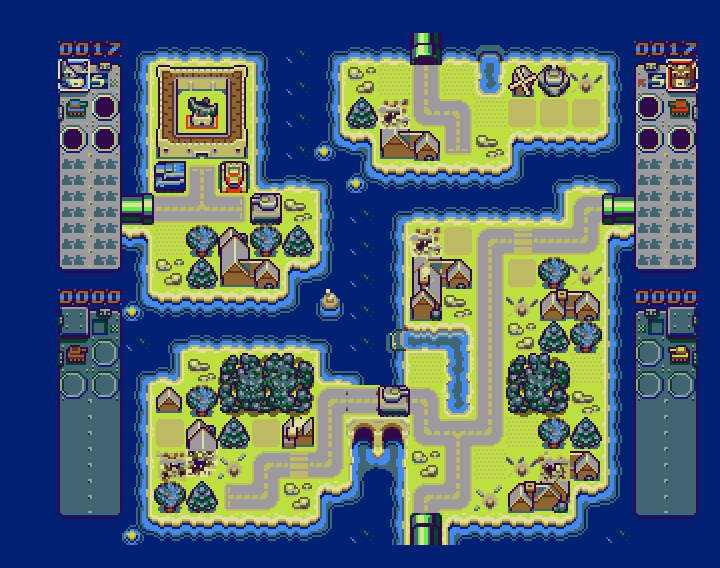 The concept of the game is much like the old Amiga game called Fire Power, or so it seems anyway. The graphics of the game looks quite nice actually, Mario map screen inspired.

The mission is easy enough, KILL YOUR OPPONENT!.

Tanks Furry ain’t a new game actually, it was part of a game compo at a demoscene event in Poland in 2015. The mini-game placed second and it became pretty obvious that the gamers out there wanted more, so the team (Project R3D) decided to do something that they had never done before, to develop a full-blown game.

Tanks Furry was never planned to be a commercial game, but based on the requests and fans they decided to give the game a full-blown commercial release on CD. The reason for it being CD is of course because of the price and availability of floppy discs today. The Amiga market today is pretty small so it is beginning to be a trend with these “boxed” game titles, free games on digital download but on CD / Special Edition people are willing to pay for them, the nifty concept actually and of course the one I love since I am a huge game collector-/fan.

So yes, the Tank Furry will be free via digital download, but if you want the special edition cd print(cd, manual etc) then you will have to pay for it.

Both CD and digital download version of the game itself is identical). 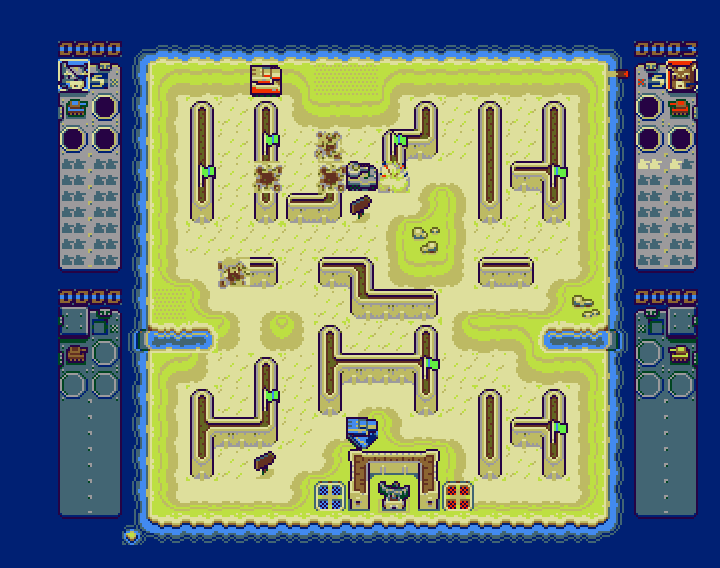 The development phase has taken many months, 6 months and while it ain’t full time it is still valuable free time and time that they could have used on something else than Amiga, these guys do Amiga stuff for love and do not expect to get much back except for kind words and happy fans.

Above is a picture from various stages of the development cycle,not many out there know how to do games and how it all work, but I am sure you guys understand how graphical design changes over time when the devs have messed around with the same gfx over and over again, and eventually getting sick of it. That said, both styles fit me nicely.

The developers promise a lot of nice touches, some of them being:

So, when is the release? , well pre-orders are being taken right now over at http://amiga.net.pl, the game is due in February 2016, and bound to become a relic over time due to a very limited production run.

Sadly there ain’t anyone distributing the game outside of Poland (yet), let’s hope that will change over time before all copies are sold. 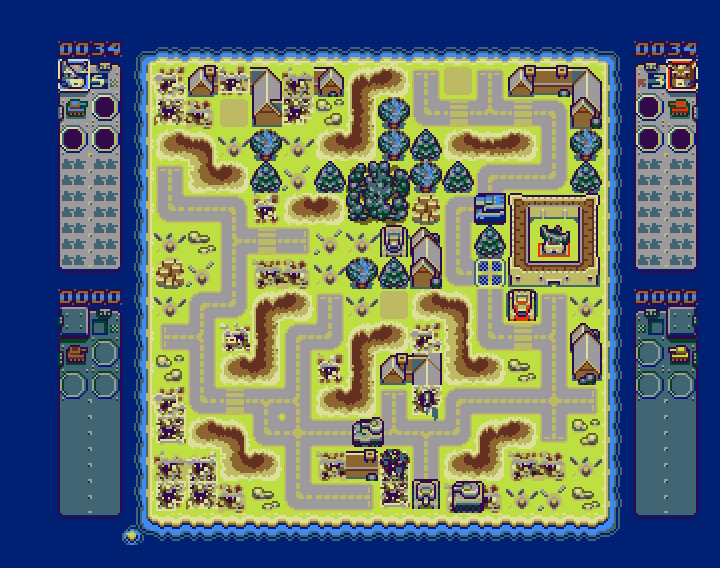 4 Players fun?, imagine an evening with beer and some friends over having a blast with the game, last time I can think of was a certain Bomberman clone for AmigaOS3.x.

The game run on all configurations out there although a 020 is (once again) required sadly so the A500 etc will need an accelerator card for this game to run. Best bet for most is probably a big box machine or an A1200.

The developer has no pre-orders numbers yet, they will know that by the end of next week, as soon as they know they will start the production run and ship out copies of the game right away. They expect that the first copies will be out to customers by the end of February this year.

The trailer/teaser is really good, awesome music and the video keeps you entertained while it last.

Tanks Furry will actually be bundled with the IndieGO console so this will be the first game in 16 years that will be available outside of the Amiga format. Payback was the last one, a gigantic success and a wonderful game.

The console thingy has already gone past its goal with 4000 USD (!) and will be available sometime later this year, even in my home, yes I have backed it too.

The console will support a lot of formats including Sega Saturn, PlayStation, Amiga, Turbografx and many other classic formats.

The Hardware consists of:

The IndieGO! is an upcoming non-mainstream gaming platform for Indie-developers and gamers, made by gamers.

Thanks for your time, if you want to buy either the game or the console then I suggest you hurry up as who knows how long these things will last.