The last few weeks have been fantastic for me as i have had the opportunity to go through a lot of games that i never got into due to time constraints or other things that led me to ignore or forget all about them, games like Papo & Yo are is a prime example of a game that i put on hold because i wanted it to have my full attention when i played it…..
Papo & Yo is one of those games that you think will be too complex for you to really sit back and enjoy as it all starts with no tutorials and there is no backstory except for a small intro which basically tells you nothing else than that this boy is scared. 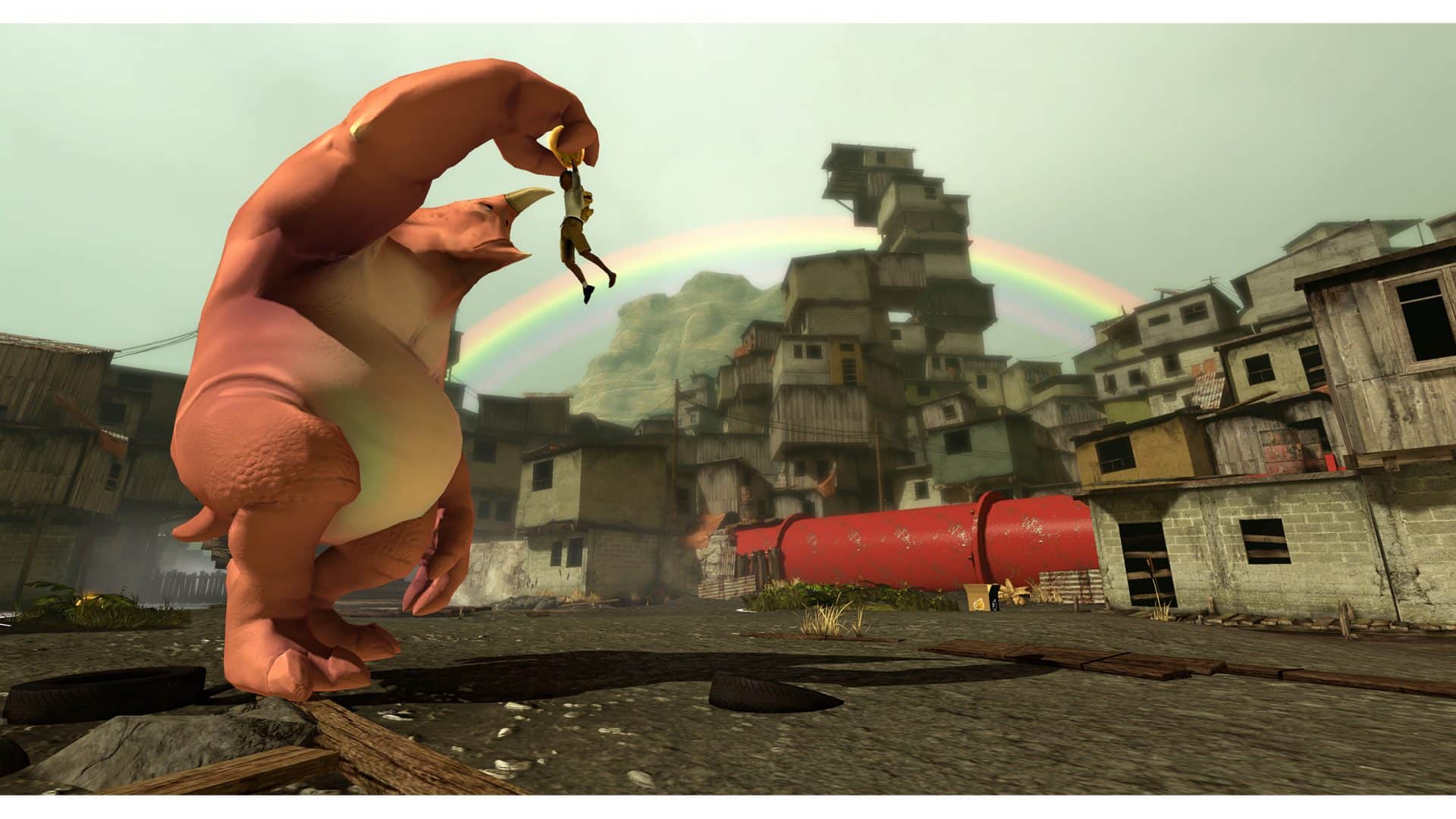 I can safely say that the game is not complex, the story was for me an adventure as i did guess how it would end but i did not understand it all until i had done it as the game is littered with puzzles and ingenious designs that will make your brain spin into a creative mode almost like if it was a book and that you had to think it all out and picture it in front of you.
I made it through each and every puzzle with a breeze and it is clear from the start that this is a story they want to tell and while the puzzles and platforming can be fun it is still hard to picture how and why they came up with this kind of puzzles but it is well laid out and you get the sense of the problems this little boy have experienced in the real world. 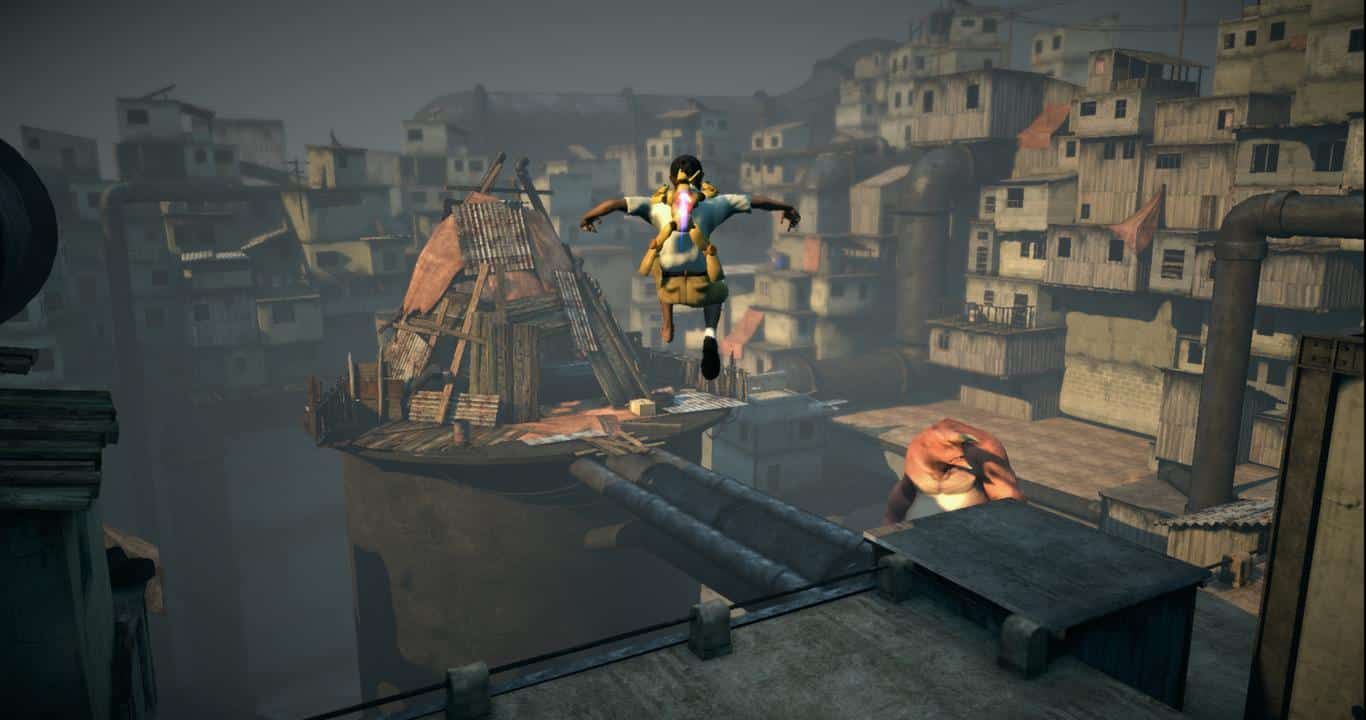 The game settings are from a shanty town in Brazil, the details can be quite amazing in terms of such an “empty” place as there is no other stuff here than buildings and stuff like that as the only 4 things in the game is You, a Girl, a Monster and a little robot and to be honest you don’t need anything more either…well except for the frogs that you need to complete some really cool puzzles.

It seems most reviews or posts on the net have spoilers in them so i will try my best to steer clear those for this article but the actual story of the game is basically trying to fix the past by trying to lead your friends to a new place for some sort of a new beginning(?).
The developers of the game have received a ton of emails and letters from fans from basically everywhere in the world who
wanted to thank them for taking the challenge of doing an emotional game about parental abuse and alcoholism and the whole “how does a child react to these things”.
I can totally relate to this as i can see why they created a world like they did, a safe place
with no moms or dads and only the things you love and like, a good friend, a toy and a lot of places to climb and so on… 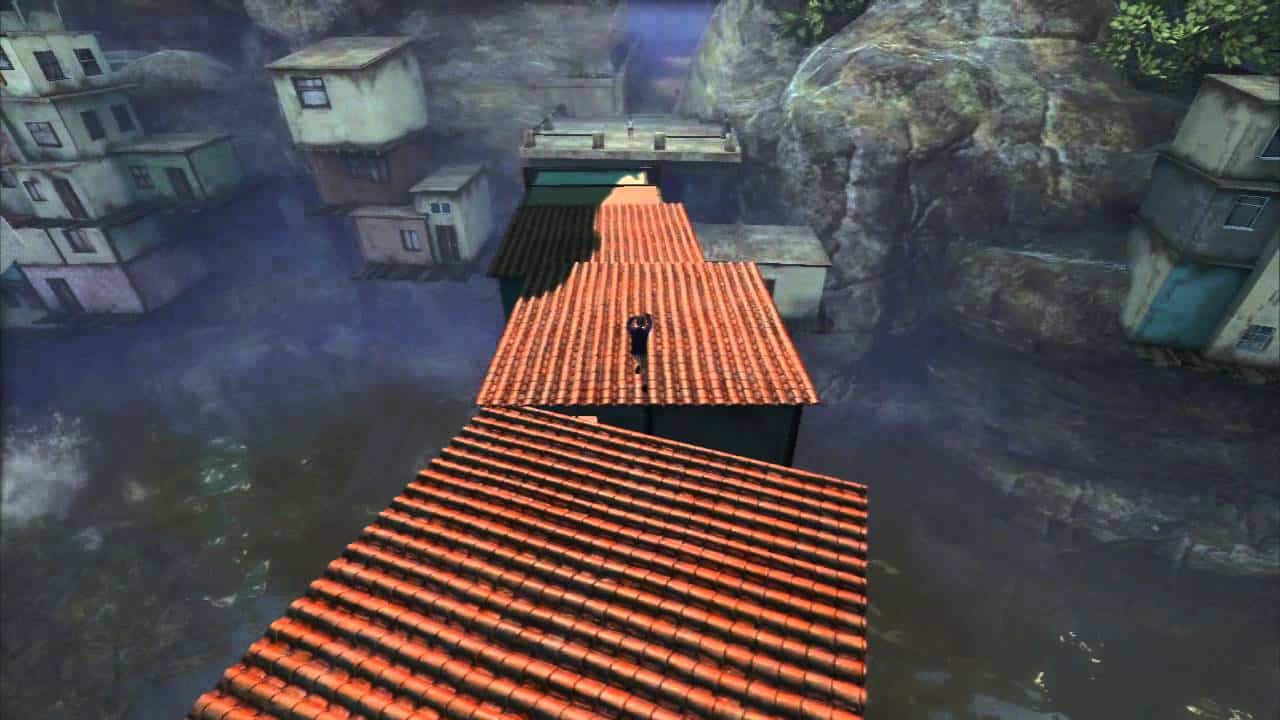 There ain’t many games like this out there and while it is nowhere near as good as Journey,ICO and Shadow Of The Colossus it is still worth your time as it is another game which dares to open the door that so many others refuse to open as it is a difficult thing to do and it might trigger people or the media into doing putting a lot of hate towards the game or the company behind it.

Papo & Yo received mixed reviews and this was mostly down to the expectations and the media coverage before the release as everyone hyped it up to be the next ICO, sadly things changed as they had to cut the same length and change some of the designs in order to able to release it and it ended up being a 4-6 hours short little “ooh, AAAA,niiiice,aaaarrrrgh!!” journey through a young boys mind and of course they had to release it without a platinum trophy (WTF?)… 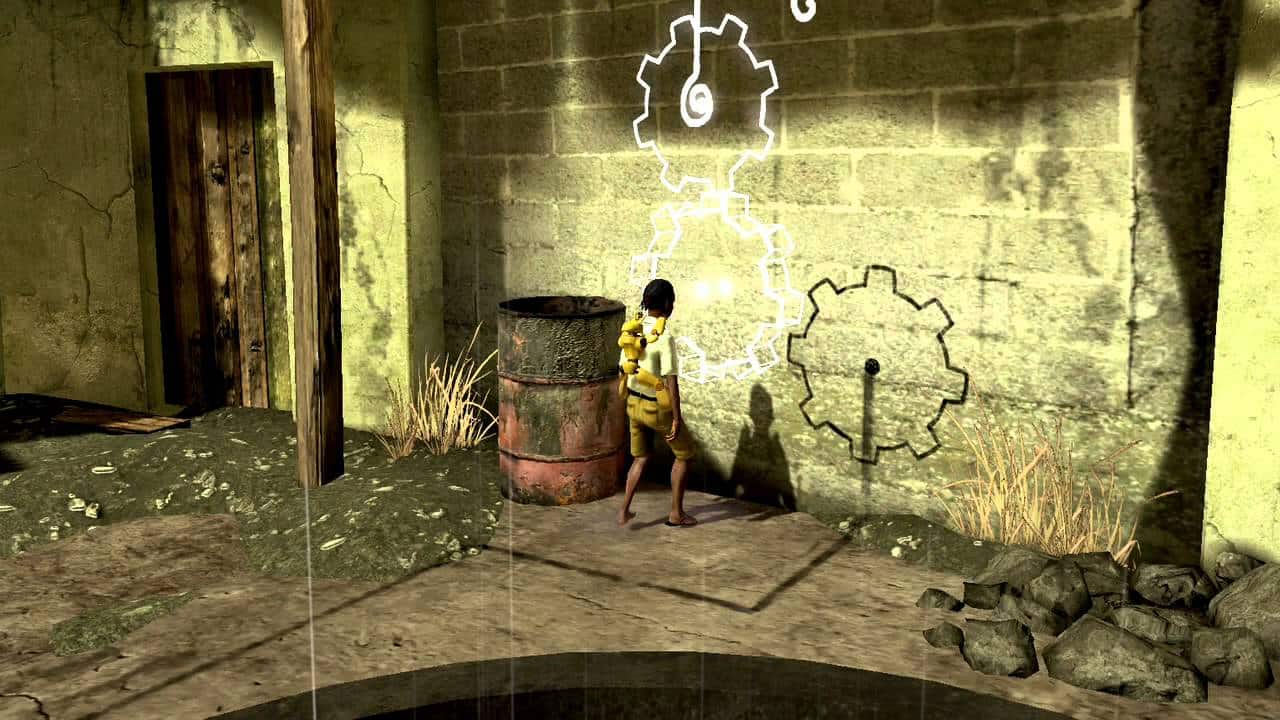 I love going through my backlog, so many great games done now and more to come but i must say that The PS4 and inFamous Second Son is really tempting now!… should i get one or should i wait? …. good thing is that they’re all sold out heh.