One of the Amiga games that stuck in my imagination forever despite dating back 35 years ago is The Pawn. This game, initially a text-only adventure developed and published for the Sinclair QL in 1985, was written by Rob Steggles at Magnetic Scrolls and soon became a hit due to its peculiar nature of making fun of a well-known, but at the time getting stale, game gender. Text-adventures were a big deal back then (see also my articles about Zork and A Mind Forever Voyaging) but the always advancing technology was asking for more. So, after Magnetic Scrolls secured a publication deal with Rainbird, a graphical version of the game was released for other platforms. Among these, besides Amstrad CPC, Amstrad PCW, Apple II, Archimedes, Atari ST, Atari 8-bit, Commodore 64, MS-DOS, Macintosh, and ZX Spectrum was the Amiga version we are reviewing today, actually published in 1986. 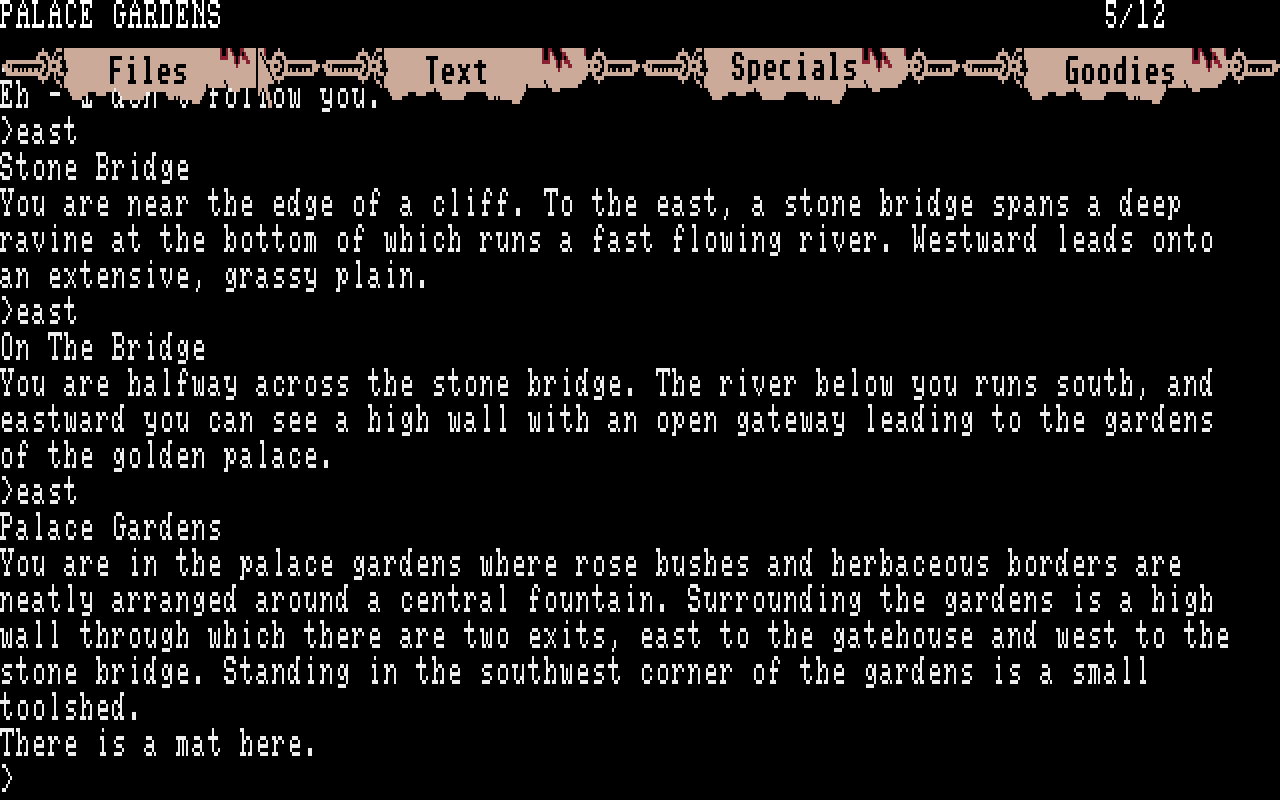 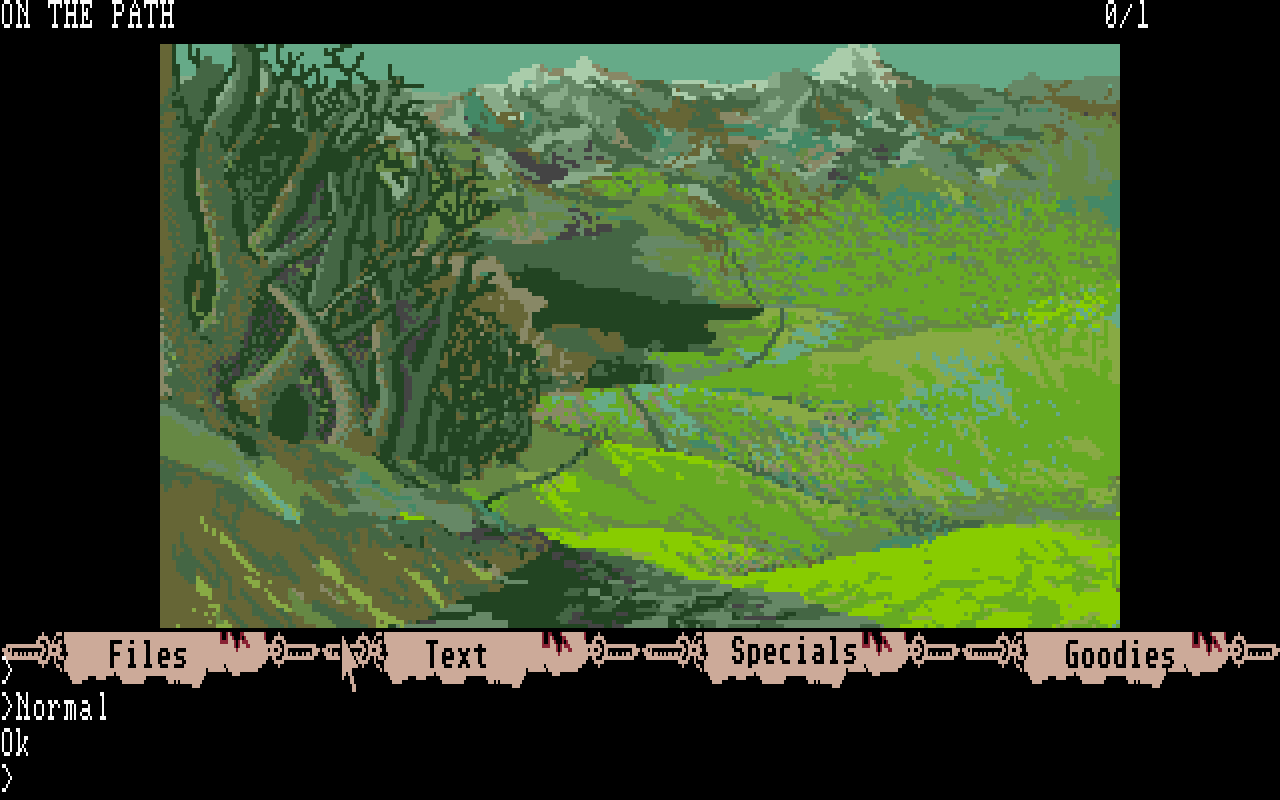 I never played a version of the game on different platforms than the Amiga, but what was great on the Miggy was the fact that this was a full-fledged text-adventure where, simply dragging the screen downward, would reveal beautifully crafted graphic screens, that contributed to the success of the product.

For those of you that have never played this game or heard of it, let me briefly recap the plot: your avatar wakes up in the fairyland of Kerovnia, with a silver bracelet around his wrist that cannot be removed. After a brief but intense encounter with the sorcerer Kronos, you will start to travel around the realm in search of a solution to your problems. You come from our timeline, and you cannot understand how you got there and what you have to do to go back home. Apparently, a general election is about to be held to decide whether King Erik of Kerovnia will be replaced by a dwarf whose campaign promise is to “rid dungeons of mazes of any sort.”. As with many other adventures of the time, the point was to interact with other characters and perform tasks for them, collecting objects that will be needed for later tasks in order to escape from 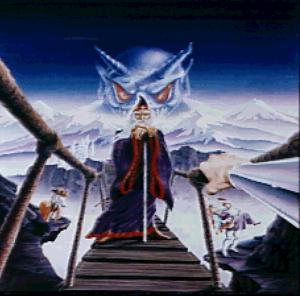 your “prison” and win the game. What was special about this title though, is that it was full of humor (British humor, that is…) in a way similar to Infocom’s ones, but the entire purpose of it was actually making fun of a genre that was becoming way too similar to itself with no innovation or whatsoever. As an example, you can find board signs in the game stating that “the maze you are about to enter is totally irrelevant to the adventure” or you can choose to abandon the nice Princess to her fate instead of saving her. Simply hilarious… In addition to this, the Amiga version had a few extra features, such as a piece of opening music and the possibility to enable the speech on the fly instead of having the player reading tons of text thanks to the voice synthesizer. In time, The Pawn became a classic and it still is today. If you haven’t done it already I suggest you secure a copy of it. It will give you a fairly hard time since we are not used to those mechanics anymore and it’s also a rather long adventure. In any case, you will have fun. And remember: The Guru is watching you! 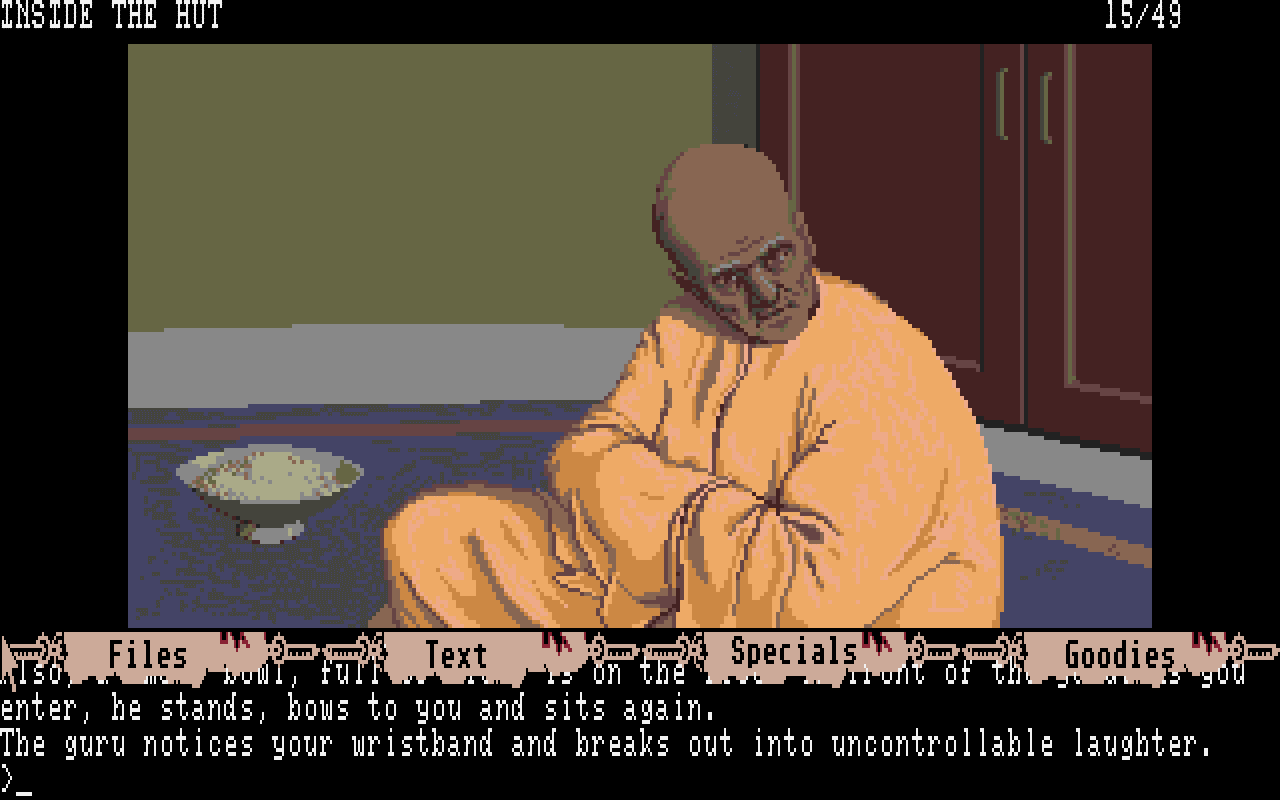 4 thoughts on “Game Review: The Pawn”